"He said his ear hurt a lot, like something was scratching or crawling inside... I discovered more than 10 cockroach babies inside. They were already running around." 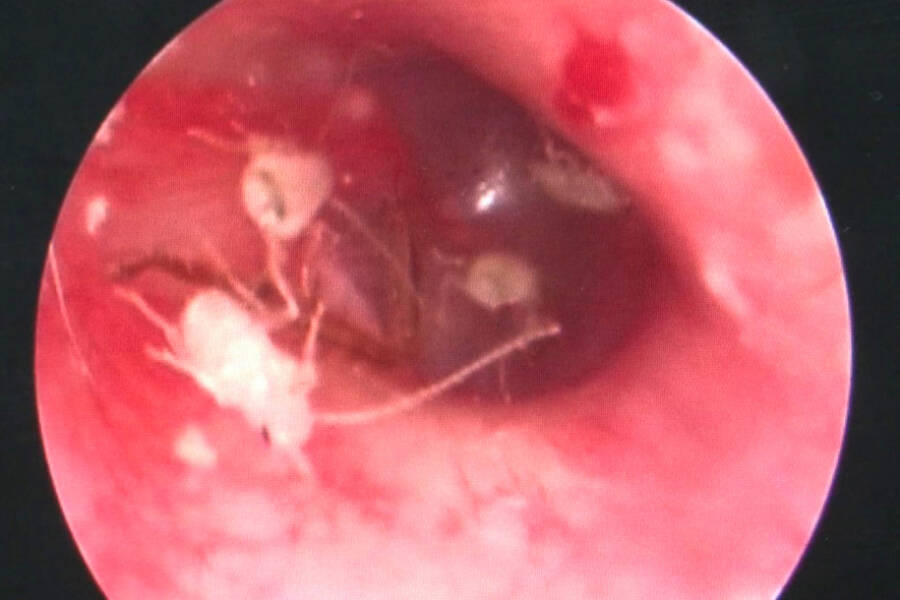 AsiaWireThe mother cockroach and some of her hatched children inside Mr. Lv’s ear.

When a 24-year-old man known only as Mr. Lv rushed to the hospital with a “sharp pain” in his right ear, doctors encountered far more than they bargained for. According to The New York Post, hospital stuff soon found a family of cockroaches that had hatched near the man’s eardrum and were living inside.

The young man was admitted to Sanhe Hospital in China’s Guangdong Province in October and told doctors that his family had already shone a light in his ear and observed what looked like a large insect nesting within.

Dr. Yijin — an ear, nose, and throat specialist at the hospital — likely presumed this was just another case of common ear pain like many others he’d seen throughout his career, but things rapidly took a turn.

“He said his ear hurt a lot, like something was scratching or crawling inside,” said Dr. Yijin. “It caused a lot of discomfort.”

Doctors then looked inside his ear (see video below) and confirmed what were surely his worst fears.

“I discovered more than 10 cockroach babies inside,” said Dr. Zhong Yijin. “They were already running around.”

In order to remove them, doctors essentially used a simple pair of tweezers small enough to do the job and pull out each cockroach one by one. Mr. Lv was soon rid of all the hatched cockroach babies and the mother that had laid their eggs. 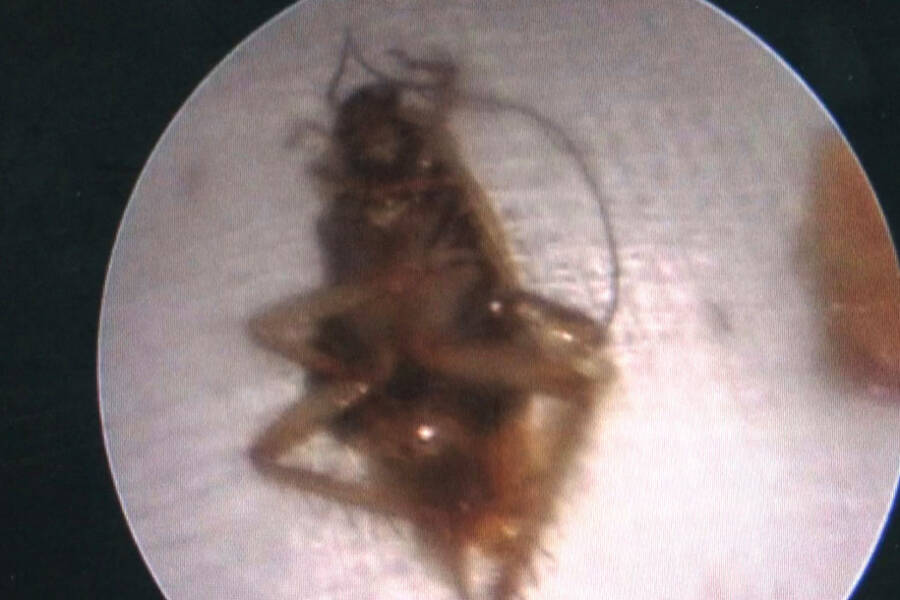 AsiaWireDoctors had to use tweezers to pull all 10 cockroaches out of the man’s ear.

While the patient was actually rather lucky — the egg case of a German cockroach (Blattella germanica) usually contains 30 to 40 eggs — he was also at least partially responsible for this problem in the first place.

According to Sanhe Hospital’s deputy head of ENT, Dr. Jiang Tengxiang, Mr. Lv admitted that his living conditions were rather unsanitary. He had a habit of leaving food out in the open, overnight, right next to his bed while he slept — causing a flurry of insects to go rummaging around his sleeping area. 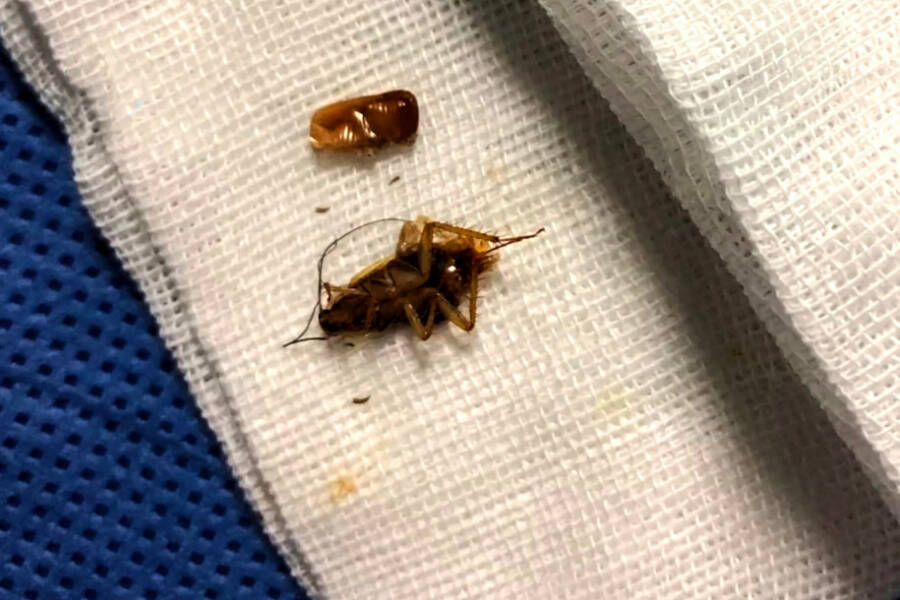 AsiaWireThere were at least eight more cockroaches that had to be extracted from the man’s ear in addition to this one.

Despite his carelessness, the patient ultimately suffered only minor injuries that have likely already healed since the October incident. He was discharged on the same day with a simple prescription for antibiotic ointment.

Dr. Tengxiang also made sure to provide him with some basic preventative advice that anyone would be wise to follow — unless they want to host a family of insect intruders in their skulls.

“Practice good hygiene, disinfect drains and sewers and use mosquito nets and screens on windows,” he said. “That’ll stop insects from flying or crawling into your noses and ears.”

After learning about the man who had 10 cockroaches living inside his ear, read about Indian doctors finding 526 teeth in a boy’s mouth after he complained of jaw pain. Next, learn about the woman who had a cockraoch inside her head for nine days.