The murder was exposed after the homicidal professor fell into a river while dumping the young woman's severed arms. 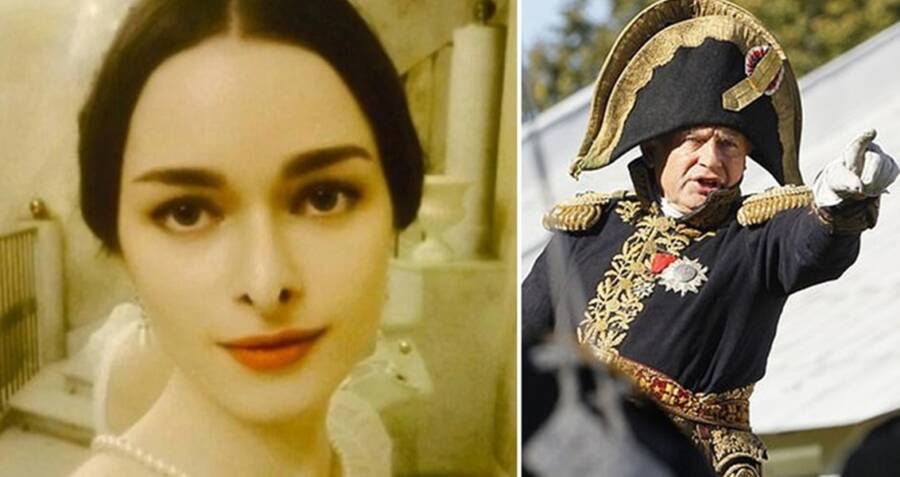 In a grisly crime of passion, a prominent Russian professor known for his expertise on Napoleon Bonaparte murdered his student-turned-lover over the weekend.

According to France24, 63-year-old historian Oleg Sokolov shot his girlfriend, 24-year-old Anastasia Yeshchenko, during a heated argument before he dismembered her body and tried to dump her limbs into the Moyka river in St. Petersburg, Russia.

Sokolov, who was drunk during the murder, was discovered after he had fallen into the icy river while trying to get rid of Yeshchenko’s severed arms. 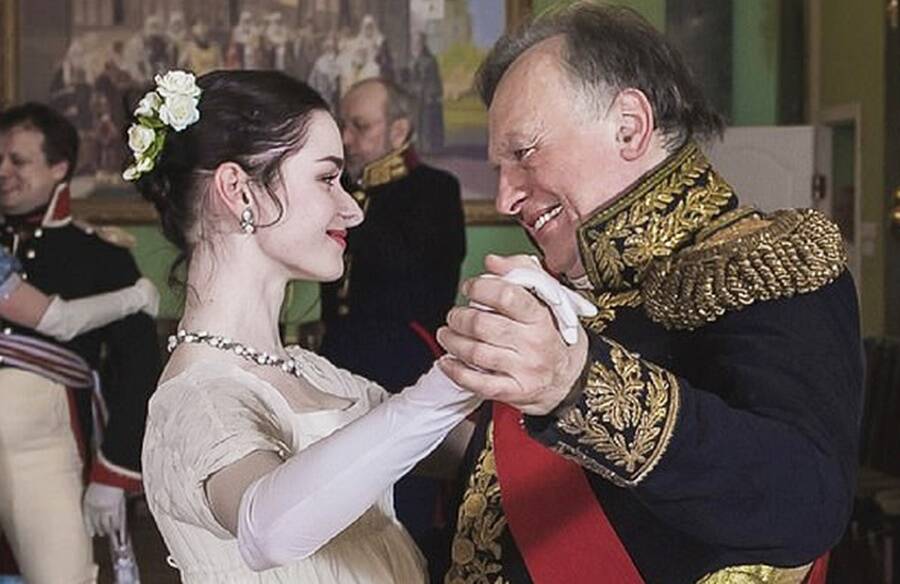 VK.comYeschenko and Sokolov’s long-term affair was widely known on the campus of St. Petersburg University.

Sokolov taught history at St. Petersburg State University — President Vladimir Putin’s alma mater — when he first became involved with Yeshchenko, who was a PhD student. The two Francophiles shared an affinity for French history and co-authored studies together. Members of the school said their affair was an open secret on campus.

“What happened is simply monstrous,” one lecturer at the university told the French news agency AFP.

Sokolov, who also taught at France’s Sorbonne University, authored several books on the French emperor Napoleon Bonaparte. His renowned expertise on Napoleon led to his involvement in historical re-enactments.

However, according to students who spoke with AFP, Sokolov’s love for the famed French general was more than a professional calling — it was an obsession.

Besides spontaneously yelling in French, the professor reportedly called Yeshchenko by “Josephine” — the name of Napoleon’s first wife. He also asked people to address him with “Sire.” 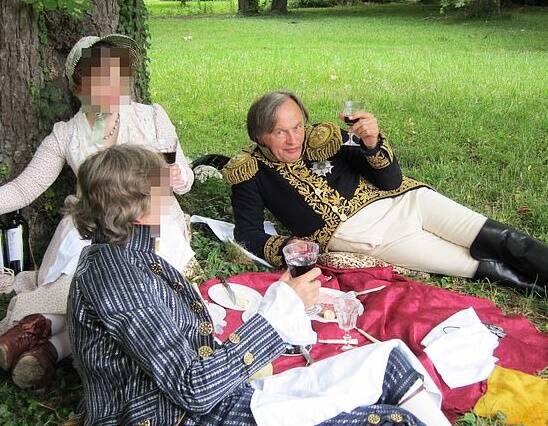 VK.comThe Napoleon-obsessed history professor displayed problematic behavior in the past.

One of Sokolov’s former students, Fyodor Danilov, remembered him as an “eccentric man.” As for his relationship with Yeshchenko, that was “her own business,” Danilov said.

Yeshchenko’s brother said she had called him in tears on Friday morning following a big fight with Sokolov, caused by the professor’s jealousy. Some report she had moved out of the couple’s shared apartment and had planned to spend the night at a student hostel.

Based on Sokolov’s confession, police believe he shot his girlfriend with a shotgun during a heated argument. He then cut off her head, arms, and legs with a saw. While apparently drunk, Sokolov decided to stuff her severed arms into a backpack and dump them in a river.

That’s when he fell into the water and began calling for help early Saturday morning. A cab driver who passed by fished him out of the water. When police arrived at the scene, they found the woman’s dismembered arms inside his backpack. They also found the shotgun, knives, and an axe — along with Yeshchenko’s mutilated corpse — back at his apartment. 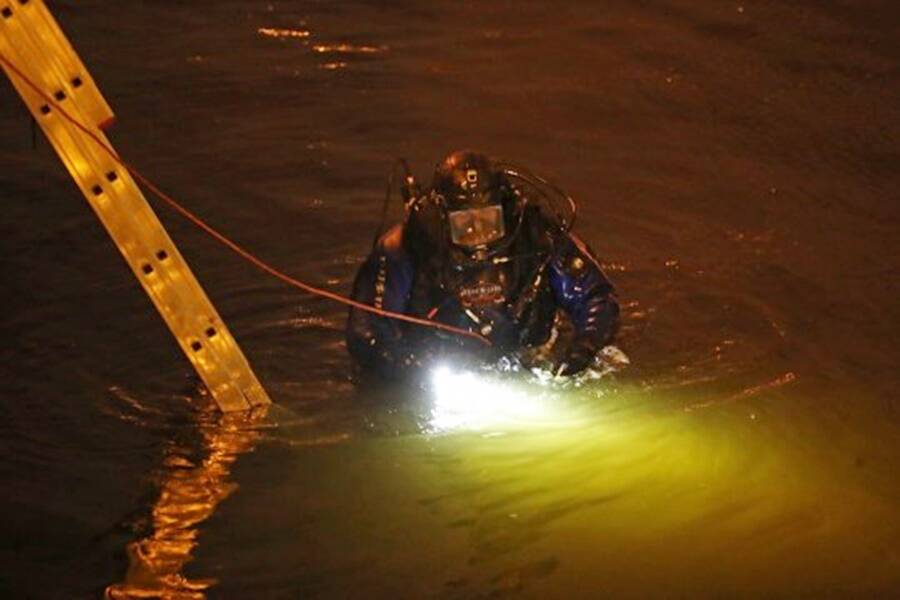 GettyA rescue team scans the bottom of the Moyka river, where the professor dumped his lover’s body parts.

After dumping her body, Sokolov reportedly planned to commit suicide at the Peter and Paul Fortress — one of St. Petersburg’s most famous landmarks — dressed in full Napoleon attire.

Even before the homicide, Sokolov displayed concerning behavior to his students. Another former student, Vasily Kunin, had previously alerted the university of his behavior.

“I wrote a letter to St. Petersburg State University with a request to remove Sokolov from teaching. And today, he dismembered his former student and tried to hide in the Fontanka. It seems that the murdered woman is my classmate,” Kunin, who now serves as a city councilor, wrote in a translated tweet after news of the murder broke. 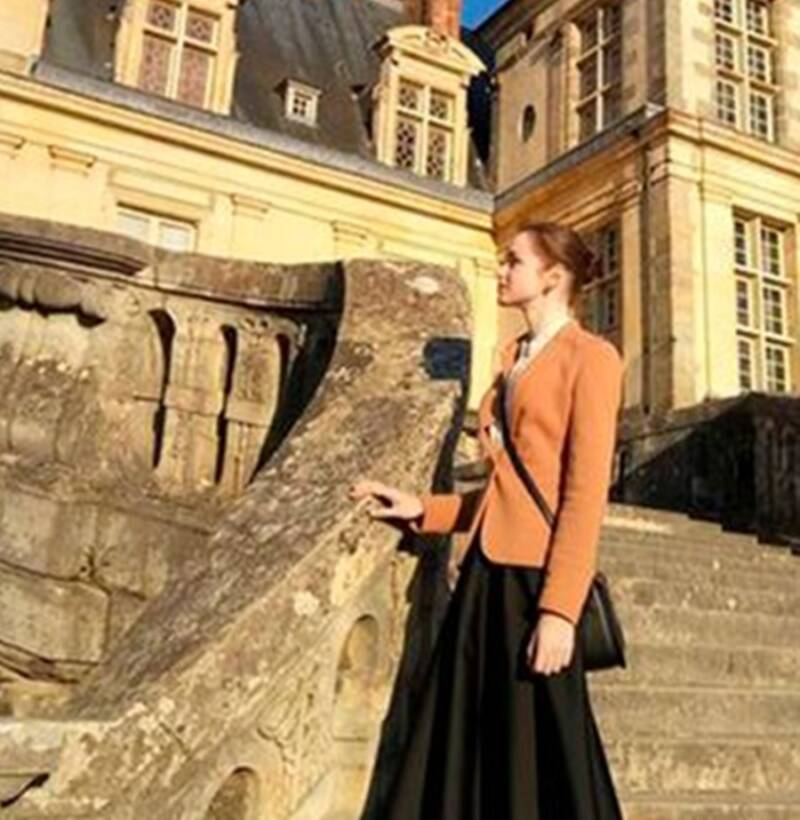 Mirror UK Yeschenko was shot by Sokolov during a heated fight, before her body was brutally mutilated.

Speaking to AFP, Kunin alleged that the university tried to cover up the professor’s erraticism, even after receiving numerous reports from different students.

“There was a certain policy of hushing things up,” Kunin said. Some media reports mention that Sokolov was involved in a 2008 case where he allegedly beat up and threatened to kill a woman, but he was never charged with any crimes in the case.

More than 2,000 people have signed an online petition demanding an investigation of the university management and the director of its history department, where Sokolov taught.

Anastasia Yeshchenko had moved to St. Petersburg from the Krasnodar region in southern Russia to pursue her doctorate degree. Students who spoke to the press said she was intelligent and very well-liked.

“She was quiet, sweet and always the ideal student,” an acquaintance said.

Next, learn about the student who took a selfie with the body of a teacher he murdered — before killing himself. Then read about the incestuous father who killed his daughter and their baby.