Jim Bakker, The Televangelist Conman Who Built An Empire On Sex And Lies 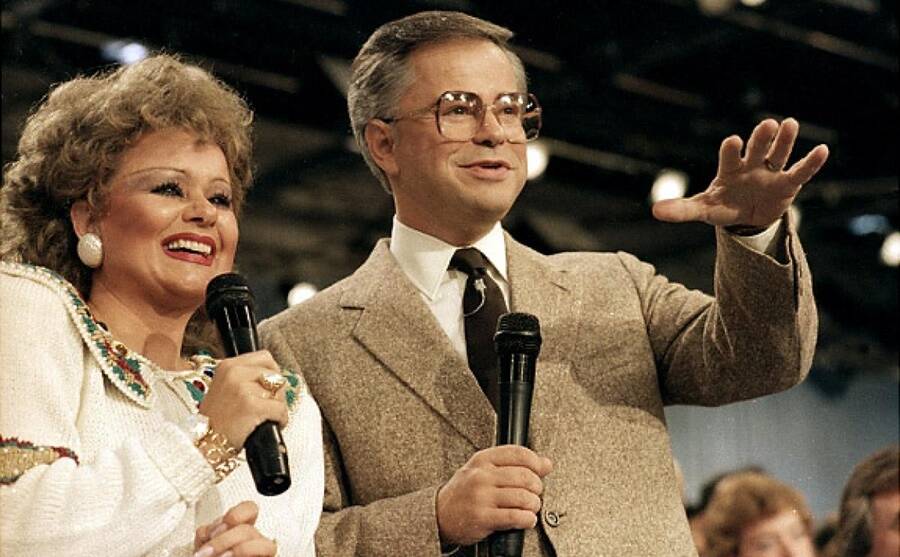 Evangelical super-churches have a long tradition of getting caught in scandals. But perhaps there’s no greater example of this than the case of famous Evangelist preacher Jim Bakker, who created a fortune off of his faithful fanbase — and was nabbed in a sexual affair in 1987.

The religious conman began his journey to televangelist infamy as a co-host on a small Christian television program known as the The PTL Club. That acronym reportedly stands for “Praise The Lord” or “People That Love,” depending on who you ask. It first aired in the 1970s under a small North Carolina station owned by media mogul Ted Turner, who would later found CNN.

Bakker hosted the program with his then-wife, the late Tammy Faye Bakker. As the program gained popularity, the Bakkers’ influence grew in kind. They created a multimillion-dollar Christian cable TV enterprise with 2,000 employees. At its peak, PTL raked in more than $100 million a year.

According to court documents, prosecutors alleged that the con man also sold “lifetime partnership” vacation plans to his PLT viewers, where they were offered once-a-year vacations to Heritage U.S.A. for the rest of their lives. The catch was that they had to cough up $1,000. His followers dug into their pockets and contributed a total of $158 million over three years. 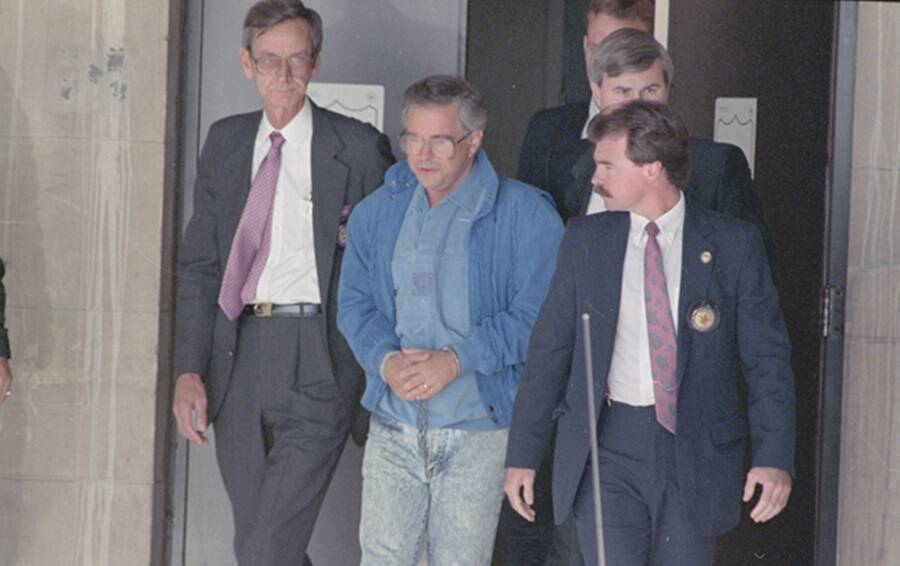 Bettmann/Corbis/Getty ImagesIn 1989, Bakker was sentenced to 45 years in prison for fraud and conspiracy. He served just five.

Jim Bakker, described by one prosecutor as “the biggest conman ever,” met his downfall in 1987 when it came out that the televangelist had a sexual encounter with a former church secretary named Jessica Hahn. What’s more, the church allegedly gave her $265,000 to keep quiet about the affair.

Bakker resigned as president of PTL in the wake of his sex scandal, though he admitted to both the affair and the hush money payment. He claimed that he was “wickedly manipulated by treacherous former friends” who “conspired to betray me into a sexual encounter.” The con artist also said that he authorized the payment to “avoid further suffering or hurt to anyone.”

Two years later, in 1989, the supposedly religious con artist was charged with fraud and conspiracy and was sentenced to 45 years in prison, though in the end he only served five years. Two other of his PTL associates were also charged and received prison sentences.

But that wasn’t the end of the religious con man. After his release from prison, Jim Bakker started a new show, The Jim Bakker Show, with his second wife, Lori. Besides preaching about the end times, Bakker used his show to peddle his most recent grifts.

Among them were extremely expensive “extreme survival warfare” water bottles, cabins in Missouri’s Ozark mountains, which he claimed to followers would be the “safest place to live” when the Apocalypse hits, and a bogus antidote for the coronavirus which he dubbed “Silver Solution.”

The conman went on sabbatical from his grifting after he suffered a stroke in 2020.