Elizabeth Holmes, The Con Artist Who Faked A Medical Breakthrough 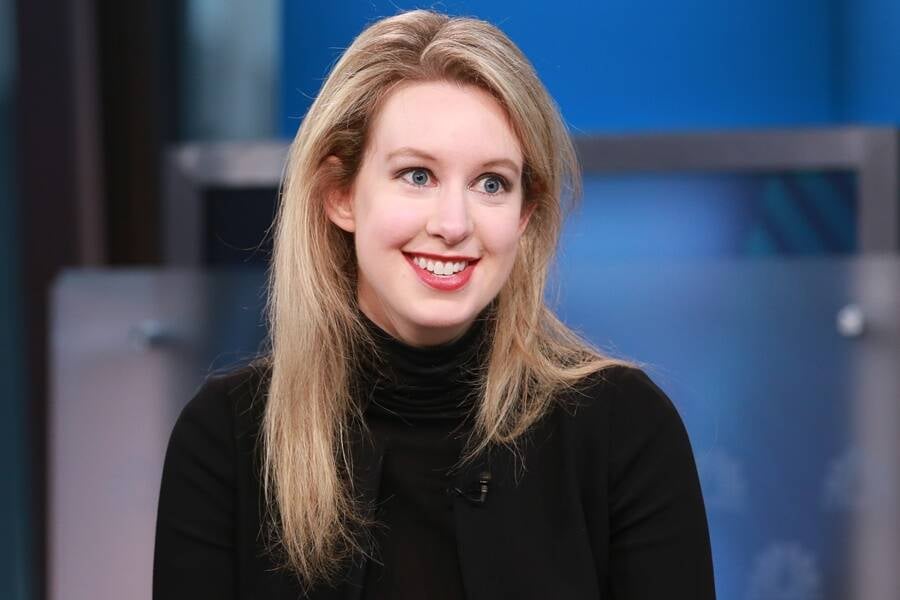 David Orrell/CNBC/NBCU Photo Bank/NBCUniversal via Getty ImagesScam artist Elizabeth Holmes was heralded as the “next Steve Jobs” by tech insiders before she was revealed as a fraud.

California’s Silicon Valley is a hotbed for con artists flouting empty promises of “the next big thing.” For years, Elizabeth Holmes, the founder and CEO of the now-defunct company Theranos, was one such scam artist.

During the early 2000s, the then-19-year-old was a bright-eyed student at Stanford University. She came to her professor with an ambitious idea: a patch that could scan a person for infections or disease and release the needed antibiotics. Essentially, she wanted to build a one-stop-shop lab for treatment on a tiny device.

The professor told her the idea was physically impossible, but Holmes was unrelenting and became obsessed with her rapid-testing idea. She quit Stanford to start her own company, Real-Time Cures, which was later renamed Theranos.

Over the years, Elizabeth Holmes focused on building the company’s machine prototypes. Finally, she claimed Theranos was able to build a rapid blood-testing machine that could provide on-the-spot medical results by analyzing a single drop of a patient’s blood.

News of Holmes’ breakthrough machine spread through the Valley like wildfire. Theranos’ profile rose among industry insiders, and investors poured nearly $1 billion into it.

Holmes was heralded as the next big breakout star in tech. She graced the covers of magazines like T: The New York Times Style Magazine and Fortune, and was featured on movers-and-shakers lists like Vanity Fair’s 2015 New Establishment List. She was heralded as “the next Steve Jobs.”

But her machines were a hoax. Holmes had spun a complicated web of lies to create the illusion that they worked. She faked blood test results, lied to investors about the company’s financial prospects, and made false claims about her machine’s capabilities to the press.

She was also reportedly a “tyrannical” boss and fired anyone who tried to question the machine’s legitimacy.

The fall of con artist Holmes and her Theranos empire was the subject of HBO’s The Inventor documentary.

While many con men create elaborate scams to gain wealth, Holmes seemed motivated by her hunger for recognition. The reports into Holmes’ possibly fraudulent business triggered investigations by a number of federal agencies.

“I think she absolutely has sociopathic tendencies. One of those tendencies is pathological lying,” said John Carreyrou, a Wall Street Journal reporter who broke the news about Holmes’ web of deceit through his bombshell reports.

“I think she’s someone that got used to telling lies so often, and the lies got so much bigger, that eventually the line between the lies and reality blurred for her.”

After investigations into Theranos came to light, Forbes magazine whittled Holmes’ previous estimated net worth of $4.5 billion down to zero. By September 2018, Theranos was shut down.

The scam artist faced a number of charges from several federal agencies including wire fraud by the Department of Justice. She was still battling her case in court as of October 2020.

Meanwhile, Carreyrou’s 2018 book, Bad Blood: Secrets and Lies in a Silicon Valley Startup, which chronicled the rise and fall of con artist Elizabeth Holmes, was adapted into the HBO documentary The Inventor: Out for Blood in Silicon Valley.