Everything You Ever Wanted To Know About Conjoined Twins

Conjoined twins occur in just one out of every 200,000 live births. 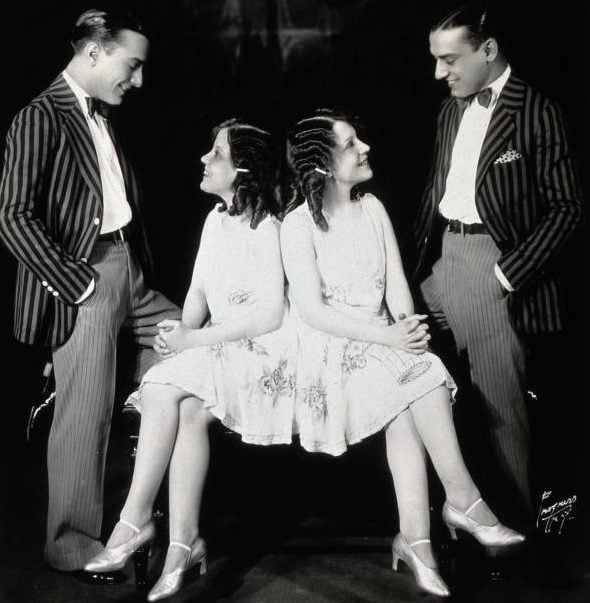 Imagine that everything you had to do was a team effort. That’s a normal life for conjoined twins, who have to decide and execute all their actions together from what to wear and what to eat to what to study and where to work.

Every action is about coordination and compromise and for some, it’s also full of companionship and unexpected joys. Here are your most pressing questions about the baffling life of conjoined twins, answered.

How Are Conjoined Twins Conceived? 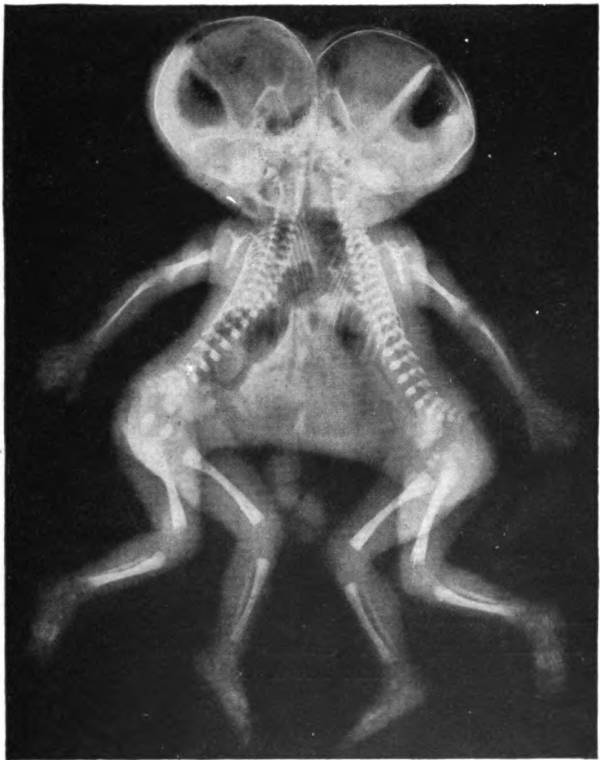 Though the medical community has learned a lot from births, surgeries, and lab tests, knowledge about conjoined twins may strike some as surprisingly limited especially when it comes to conception and development.

This is largely because conjoined twins are exceptionally rare, occurring in just one out of every 200,000 live births. Between 40 to 60 percent of conjoined twins are stillborn, and those born alive often don’t survive their first 24 hours. All are identical, which means they are always the same sex — but scientists have yet to explain why female twins are three times more likely to survive than male pairs.

In utero, most identical twins split from a single fertilized egg into two individuals 8 to 12 days after conception. Why conjoined twins do not fully separate is not entirely understood, but there are two prominent theories.

According to the Mayo Clinic, one cause might be a delayed separation process: if an embryo only begins to split 13 to 15 days after fertilization, the resultant separation may be incomplete. Another theory proposed by Seattle Children’s Hospital suggests that the embryo may split completely but then join back together during early development. 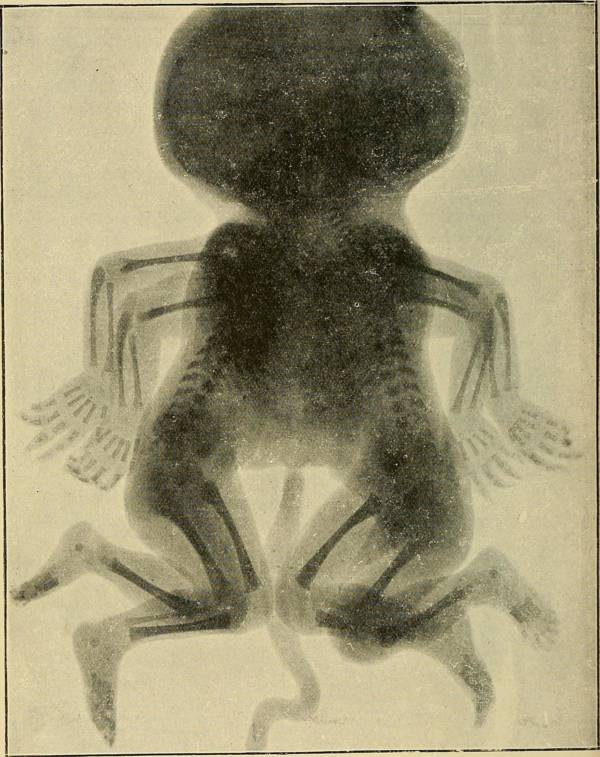 David Walsh/Francis A. Countway Library of MedicineOne of the first x-rays of conjoined twins, 1907.

Where Are The Twins Conjoined?

Not all conjoined twins are joined in the same places. The most common type of conjoined twins is thoracopagus, which means that they are joined at the chest and share a heart. This makes almost all surgical separations fatal for one or both twins.

Omphalopagus twins are the next most common, comprising one-third of conjoined births. For instance, conjoined twins Abby and Brittany Hensel share a liver, gastrointestinal tract, and reproductive organs but have separate lungs, hearts, and stomachs. Indeed, Abby and Brittany each have their own heart, lungs, stomach, and spine. 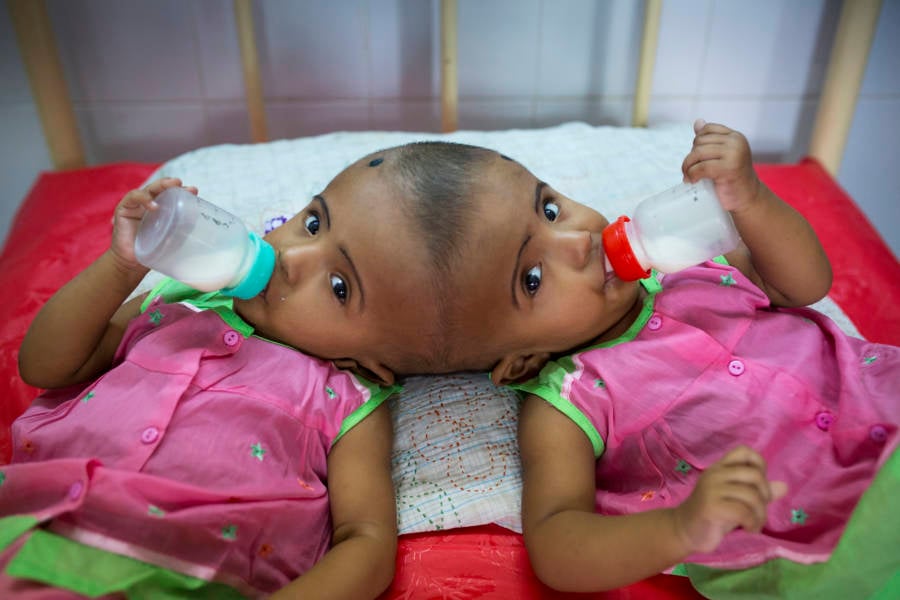 In other cases, as with craniopagus twins joined at the top of the skull, unseparated life is virtually impossible.

On June 6, 2017, craniopagus twins Abby and Erin Delaney underwent a successful 11-hour operation to separate them. They will need additional surgeries over the coming years to mend hairlines and replace missing cranial bone, but the worst is behind them.

Though risky, complex surgeries to separate conjoined twins are sometimes considered. Surgeons assess what internal organs patients share through the use of magnetic resonance imaging (MRI), ultrasound, and angiography. But there is a moral dilemma: surgeons can often only expect one twin to survive. If it is possible for the conjoined twins to live out full and relatively safe lives, surgeries are rarely attempted. 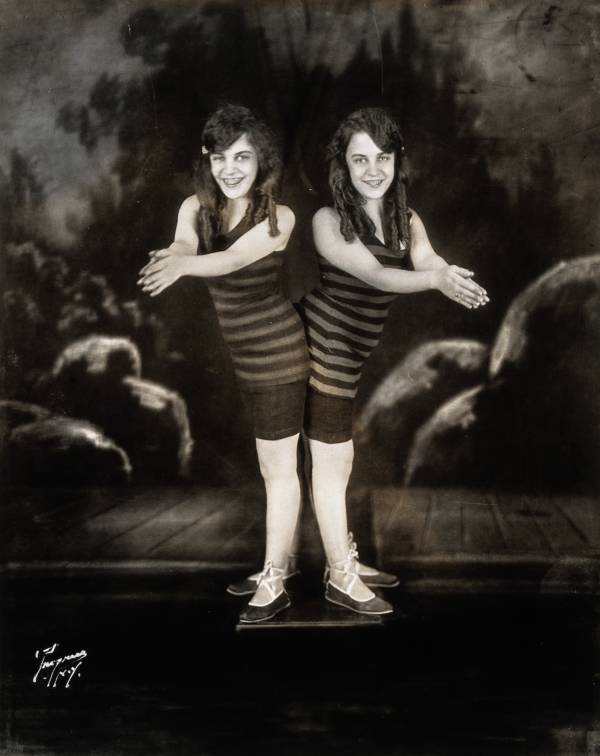 Most sets of conjoined twins have their own distinct thoughts, though many, like Abby and Brittany Hensel, can finish each other’s sentences. But in the case of craniopagus twins, which only occur in one out of every 2.5 million births, brain activity may be shared.

Tatiana and Krista Hogan, born joined at the head in 2006, share neural activity and some mental processes. Their connection at the thalamus has connected their sensory experience, so Krista can feel a touch on Tatiana’s leg. When Krista writes, Tatiana can anticipate the next word. They are aware of each other’s thoughts and can see through each other’s eyes.

They are not, however, one mind — they still have their own personalities and preferences. Tatiana hates it when Krista eats ketchup. 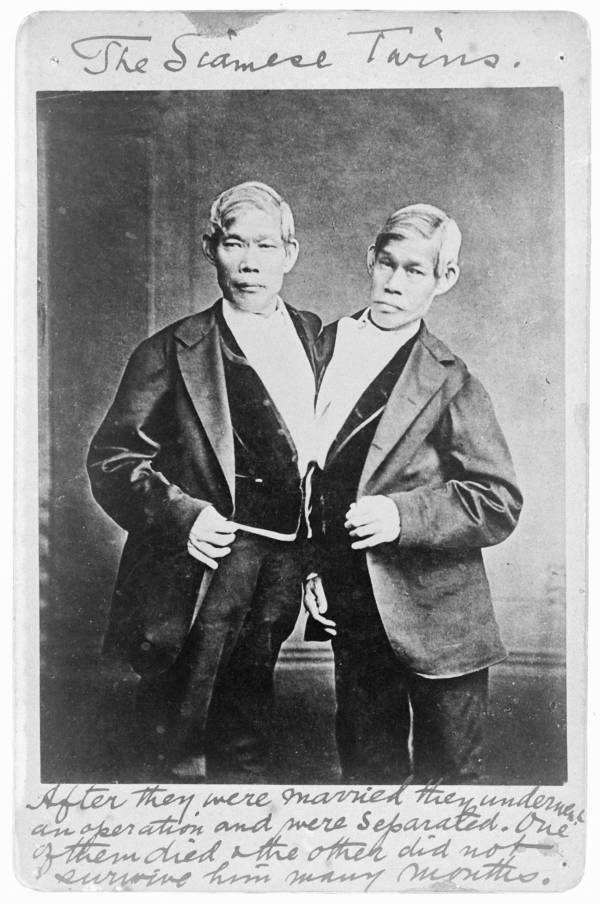 Despite the public interest, studies of conjoined sex are understandably sensitive as the prospect of romantic intimacy with your twin by your side can seem daunting.

But throughout history, there have been examples of conjoined twins who have successfully sought out sex and romance. The most famous were Chang and Eng Bunker, known as “the original Siamese twins”.

After being brought to the U.S. at age 17 by men who exploited them as slaves and paraded them around as the only attraction in a touring freak show, the twins broke free of their bondage by declaring their independence at 21 and leaving. After finding a new manager, the twins became financially successful and settled in North Carolina. 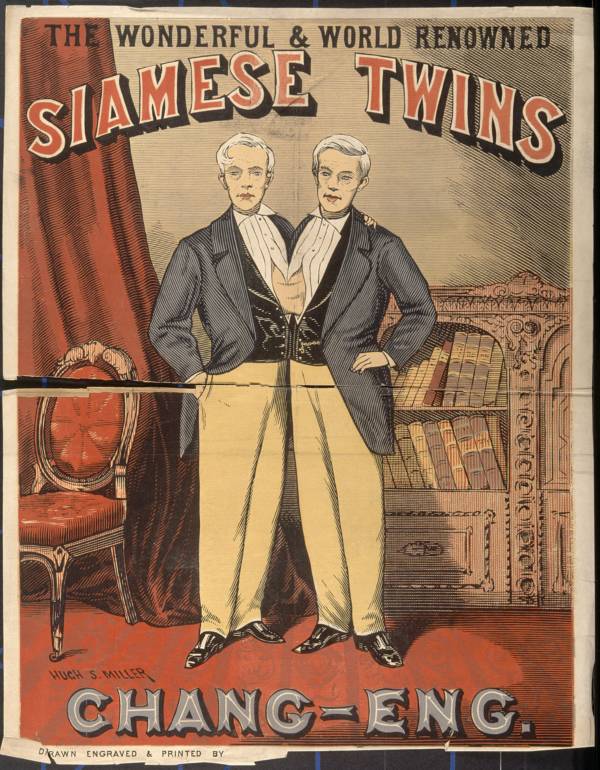 They soon married sisters and entered into an agreement where they built two separate houses — one for each twin and his wife — on one piece of land. Using what Inseparable author Yunte Huang calls “alternate mastery,” one twin would simply check out, abdicate his control of the body, and allow the other to take charge for three days. Then the other would take his turn, living in his own house and sleeping beside his own wife.

Years later, conjoined twins Daisy and Violet Hilton, who were also in show business, operated in a similar fashion. While one was having sex or dating a man, the other would go to sleep, read a book, or simply tune out what the other twin was doing.

For Chang and Eng, the system was effective; the pair fathered a total of 21 children and experienced happy, loving relationships with their wives.

What Happens When One Twin Dies?

As in the case of Chang and Eng, when one conjoined twin dies, this more often than not spells the end for the other twin.

If the heart of one of the twins stops, then they will bleed out into the living twin, and the living twin can be saved with surgery but only immediately. This means then that they would need to be in the hospital before. Because separation surgeries usually take more than ten hours, even that would likely not be enough to save the living twin.

An infection from the dead twin can also crash the living twin’s system and cause inflammation that leads to organ failure and ultimately, death.

Abby and Brittany Hensel have reality TV series, Abby & Brittany Joined For Life, which they use to showcase the way their joined lives have been relatively normal. They travel, play sports, and have a wide circle of friends who treat them as singletons — two distinct individuals with different interests and personalities.

The sisters learned at a young age to divide control of their body, with Abby in charge of the right side and Brittany the left. All physical activities, such as running, swimming, and volleyball, require the Hensel twins to work together.

The Hensel twins also have distinct personalities and their own fashion senses. Abby is more of an extrovert while Brittany likes a quiet evening at home. They have their own driving licenses and their own university degrees in teaching — but they don’t expect to receive two teaching salaries because, as Abby says, “We’re doing the job of one person.”

Though they run into the occasional gawkers and photo-snappers, they don’t let it get them down for long. Their friend Erin Junkan says, “They amaze me at their ability to just shake it off and keep seeing what we are there to see.” 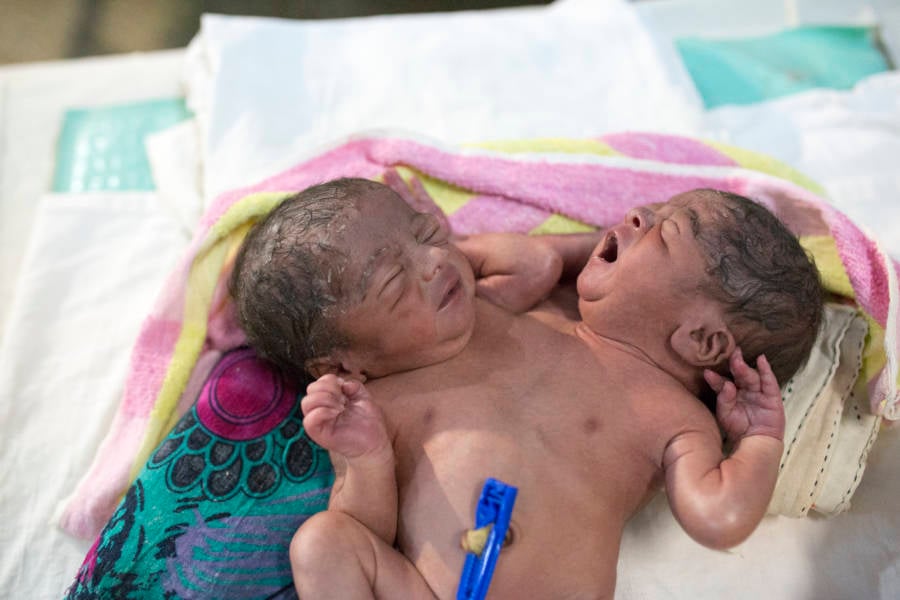 Zakir Chowdhury/Barcroft Images via Getty ImagesConjoined twins at Dhaka Medical College Hospital where they were abandoned by their parents on Oct. 15, 2016 in Dhaka, Bangladesh.

There are other twins are joined in ways that are more limiting and therefore can have far less social support. Some are born in countries unsympathetic to their condition and are consequently tested on by the medical community and shunned by the public.

But this has, fortunately, not been the experience of Abby and Britt.

Their supportive environment has aided tremendously in the twins’ attitude toward life and their view of themselves.

Next up, check out the history of the longest-living conjoined twins, Ronnie and Donnie Galyon. Then, read up on the Jim Twins, brothers separated at birth and later reunited to realize they led the same lives.