Bill Coppersmith named the rare crustacean after his granddaughter and it's now up for adoption. 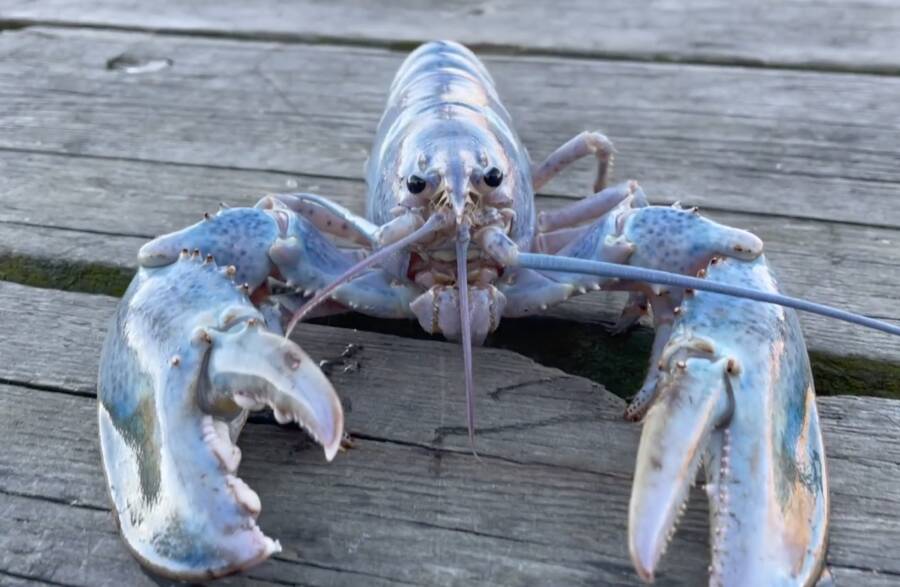 For Maine’s Bill Coppersmith, the ocean is his workplace. While the fisherman has found some rare crustaceans in his 40-year-career, he just defied one-in-100 million odds by catching a “cotton candy” lobster.

According to Boston, these blue and pink-hued specimens are so unique that those who pull them from the depths rarely kill or eat them. Coppersmith caught the creature during a routine haul in Maine’s Casco Bay last Friday and immediately texted his boss Mark Murrell, the CEO of Portland’s Get Maine Lobster.

And according to Fox News, however, he doesn’t intend to put this find on a plate anytime soon. In keeping with tradition, they’re hoping to find an aquarium for the lobster — which Coppersmith named “Haddie” after his granddaughter.

“Bill’s stoic,” said Murrell. “The only thing Bill wanted was to make sure that she was named Haddie and that everybody knew that it was Haddie after his granddaughter.” 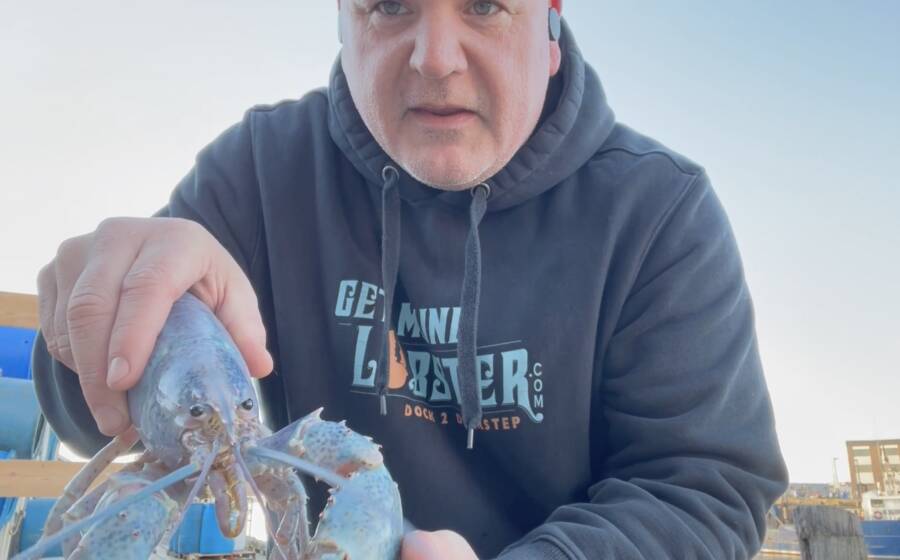 Get Maine/VimeoThis is the third rare lobster Bill Coppersmith (pictured) has caught.

Bill Coppersmith began his seafaring career as an unpaid apprentice in the early 1980s. He spent two years learning the tricks of the trade on a lobster boat before taking to sea on his own. His career is not one for the faint of heart, as he and his crew rise at 3 a.m. six days a week to catch lobsters — come rain or shine.

“We look at bad weather and ask, ‘Is that all you got?'” Coppersmith said.

The fisherman has certainly caught a few rare lobsters in the past, including a white lobster in 1997 and an orange one he named “Eli” after his grandson a few years ago. On Nov. 5, 2021, however, he arguably made the find of a lifetime during a seemingly standard morning at sea.

“We were just hauling — as I’ve done for the last 40 years — and we just came across some lobsters in some traps…and there was a strange color in the trap,” said Coppersmith. “Didn’t know if it was a toy lobster or what the heck it was.”

According to National Geographic, cotton candy lobsters are commonly referred to as pastel lobsters. They get their unique colors from genetic mutations or from an “unusual diet.” They’re also only caught only once every four to five years. 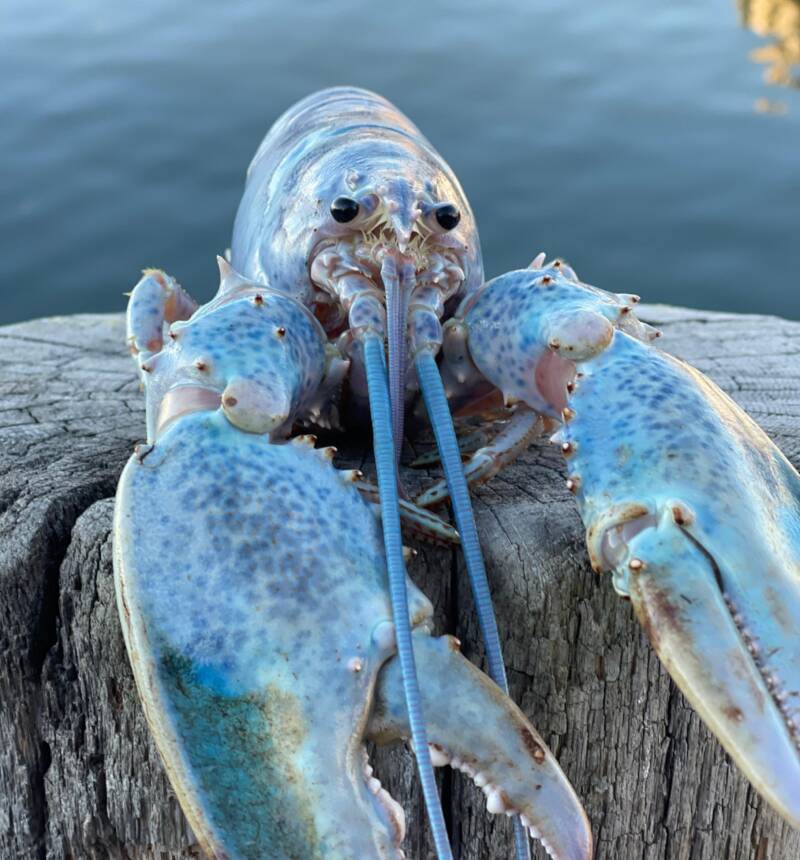 “This is the first cotton candy we have discovered,” said Murrell. “Finding one like this is a true gift. It shows Mother Nature’s true artistry … There’s an amazing color of the shell. If you rotate her in the light it’s like a gem. It’s like if you were looking at a beautiful gem. Her shell is like the inside of an oyster — it’s pearls.”

“I work with a couple hundred [lobstermen]. But I don’t know anybody directly who has ever caught a cotton.”

Murrell has never seen nor held a cotton candy lobster with his own eyes or hands until now but did once help save a yellow lobster. The 1-in-30 million find was made in a Publix supermarket in 2014 by a woman named Marybeth Jeitner who named the lobster “Libby” and contacted Get Maine Lobster to find it a home.

“I never, ever would have known how to go about this all by myself,” she said. “If I hadn’t been on Facebook and had so many friends, this never would have happened.”

As for Haddie, Murrell believes the newly-christened crustacean is about 7 years old. She’s currently being kept in a tank at Get Maine Lobster. While Murrell is dedicated to finding Haddie a permanent home, Coppersmith hopes to bring it to his granddaughter’s school to show her class what he discovered. 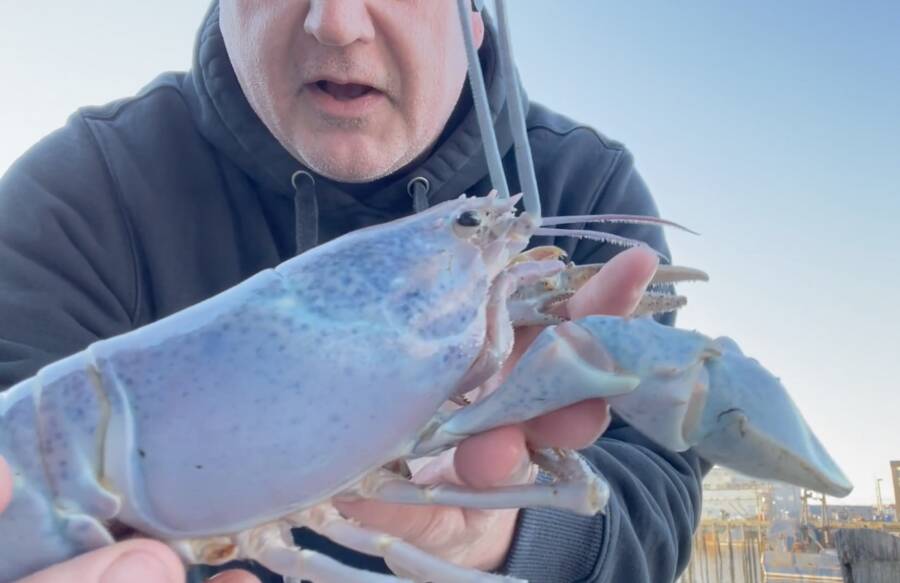 Get Maine/VimeoLocals have already come to visit Haddie in her tank.

Coppersmith said his granddaughter was “really excited to have a rare lobster named after her … I was excited about it too. It’s not the first rare lobster that I caught, but it’s not something that they catch on a yearly basis. I got three grandkids so I got to do one more rare lobster.”

“I gotta get another one for my grandson, Liam. I don’t know, maybe purple this time?”

After reading about the rare “cotton candy-colored” lobster caught in Maine, learn about the Virginia fishermen who caught a rare 143-pound deep-sea fish. Then, read about the bizarre pig-faced shark found dead in the Mediterranean.