Inside The Case Of Lori Vallow, The Apocalypse-Obsessed Idaho Mom Who Brutally Murdered Her Own Children

Soon after Lori Vallow became obsessed with and quickly married doomsday author Chad Daybell, her children disappeared. And while police have now found the remains of J.J. Vallow and Tylee Ryan, there's still much more to sort out.

In September 2019, the two young children of Lori Vallow vanished in Idaho one after the other. Son J.J. Vallow was last seen at school on Sept. 24 while daughter Tylee Ryan vanished three weeks before.

Two months earlier, Vallow’s husband Charles had died under mysterious circumstances. After authorities questioned her about both his death and her missing children, she fled to Hawaii with boyfriend and doomsday-obsessed author Chad Daybell. 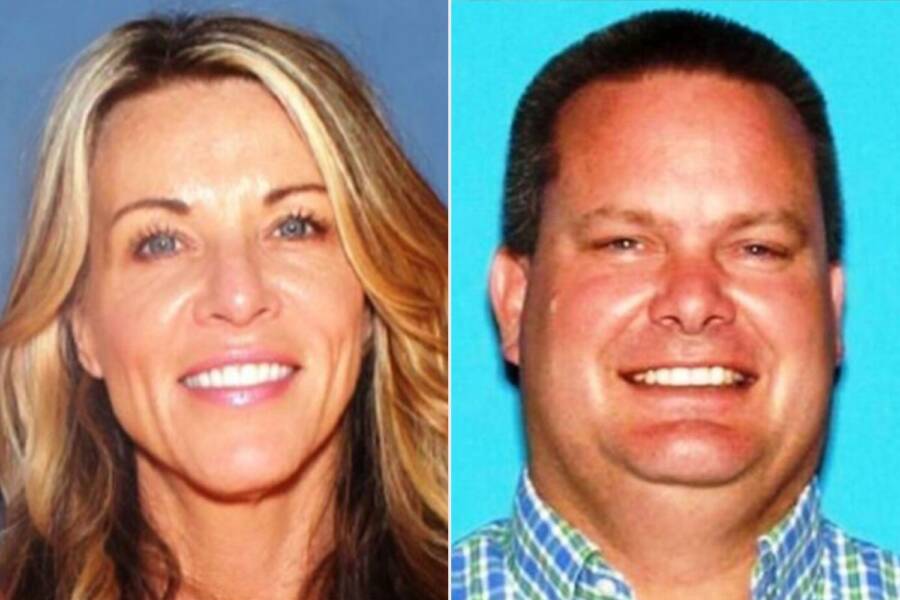 Rexburg Police DepartmentLori Vallow (left) became obsessed with the apocalyptic writings of Chad Daybell (right) before the two began an affair that ended with their spouses dead and her children — Tylee Ryan and J.J. Vallow — missing.

Daybell’s own wife had died mysteriously just weeks before, but by November, Lori Vallow and Chad Daybell were married in a laughter-filled ceremony on a Hawaiian beach. The newlyweds seemed thoroughly unbothered by the missing children and even told people they met that she had no children at all.

Increasingly suspicious authorities demanded that Vallow produce the children or else face justice. When the deadline came and went in February 2020, she was extradited and placed in custody for abandoning her children.

But from extramarital affairs to multiple murders to perhaps even child sacrifice inspired by apocalyptic mania, authorities had only begun to uncover the horrors surrounding the case of the missing Idaho children.

FacebookJ.J. Vallow and Tylee Ryan, who were seven and 17 when they disappeared.

Finally, in 2020, authorities in Idaho found the suspected remains of J.J. Vallow and Tylee Ryan on Chad Daybell’s property. But while we may have an answer on the children’s fate, there’s much more to sort through in this bizarre, disturbing case.

Lori Vallow’s Growing Fundamentalism And The Disappearance Of Her Children

Starting in 2015, Lori Vallow became increasingly obsessed with the doomsday literature of Utah cemetery overseer-turned-apocalyptic author Chad Daybell. He claimed he could see the future, hear voices speaking prophecies meant only for him, and that the end of the world was near — and Vallow bought into all of it.

Hosted by a multimedia company offering audiences videos and lectures, purportedly focused on “helping to prepare the people of this earth for the Second Coming of Jesus Christ,” the podcast saw Vallow and Daybell discuss the end of the world and how to be ready for it. 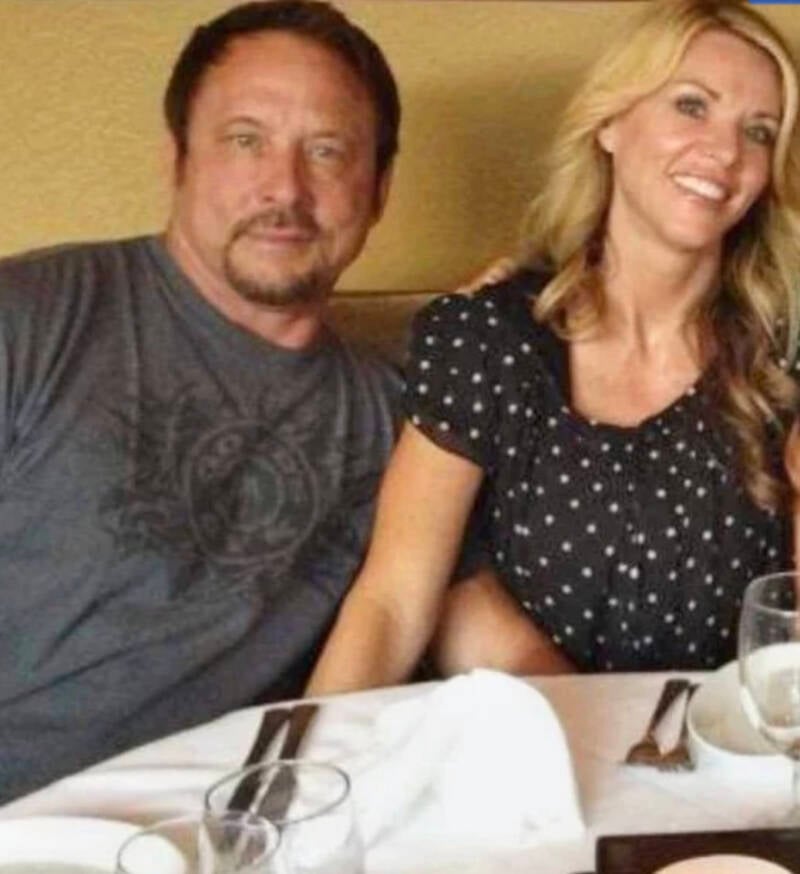 Idaho Cold CasesCharles Vallow (left) was killed on his property by his ex-wife’s brother — who later died in his bathroom.

According to her husband, Vallow believed “she was a God assigned to carry out the work of the 144,000 at Christ’s second coming in July 2020 and that if Father [Charles] got in her way of her mission she would murder him” and that she had “an angel there to help her dispose of the body.”

That threat proved all too real on July 11, when Charles was shot to death at their Arizona home. Vallow’s brother Alex Cox pulled the trigger, although he subsequently claimed that it was self-defense.

The incident happened while Lori Vallow, J.J. Vallow, and Tylee Ryan were right inside the house. While Cox wasn’t immediately charged with a crime, the death spawned the first of several investigations that have kept Vallow under police suspicion for a year.

The day after the shooting, Lori Vallow found out that her now-dead ex-husband’s million-dollar life insurance policy had been changed. Instead of her being the beneficiary, Kay Woodcock — J.J.’s paternal grandmother — would receive the money.

Less than two months later, Vallow claimed she found a promising job in Idaho and moved her family to Rexburg, closer to Chad Daybell. This is where the children would disappear.

It was September 24, 2019 — Tylee Ryan’s birthday and a day after J.J. Vallow was last seen — that Lori Vallow contacted his school and told the principal that he would be homeschooled from then on. By that point, it had already been almost three weeks since Tylee was last seen by anyone outside the family.

When, where, why, and how the two children vanished is still shrouded in mystery. Meanwhile, other disturbing incidents only made the story even murkier.

With J.J. Vallow And Tylee Ryan Gone, Chad Daybell And Lori Get Married

Just after Chad Daybell’s wife Tammy died on October 19, 2019, he told authorities that she went peacefully in her sleep in their Salem, Idaho home. He claimed that she went to bed with a cough and didn’t wake up. He asked for no post-mortem exam and her death was chalked up to “natural causes.”

But in light of everything that followed, Tammy’s death has become yet another entry in this dark and largely unexplained saga. 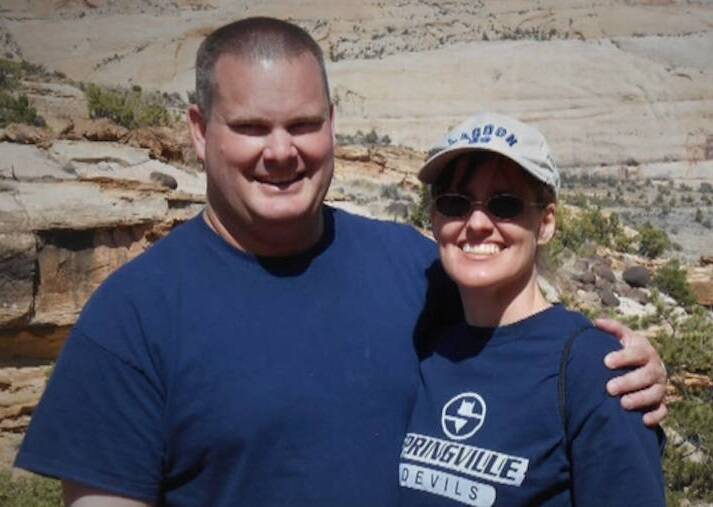 Daybell Family PhotoChad and Tammy Daybell. The latter went to bed with a cough one night — and never woke up.

Within three weeks of Tammy’s death, Chad Daybell and Lori Vallow flew to Hawaii and got married in a laughter-filled ceremony on the beach in Kaua’i on Nov. 5. Records later showed that she purchased the wedding ring for $35.99 on Amazon using her dead husband’s account 17 days before Daybell’s own wife died.

With both of their former spouses dead, the two of them now married, and her children unaccounted for, authorities started questioning them.

Vallow and Daybell had already been allaying others’ suspicions by lying about her children. “In the weeks after Tammy Daybell’s death, Lori Vallow/Daybell and Chad Daybell told witnesses that Lori’s daughter had died a year before the death of her father, which is untrue,” police documents said. “Around that same time Chad told another witness that Lori had no minor children.” 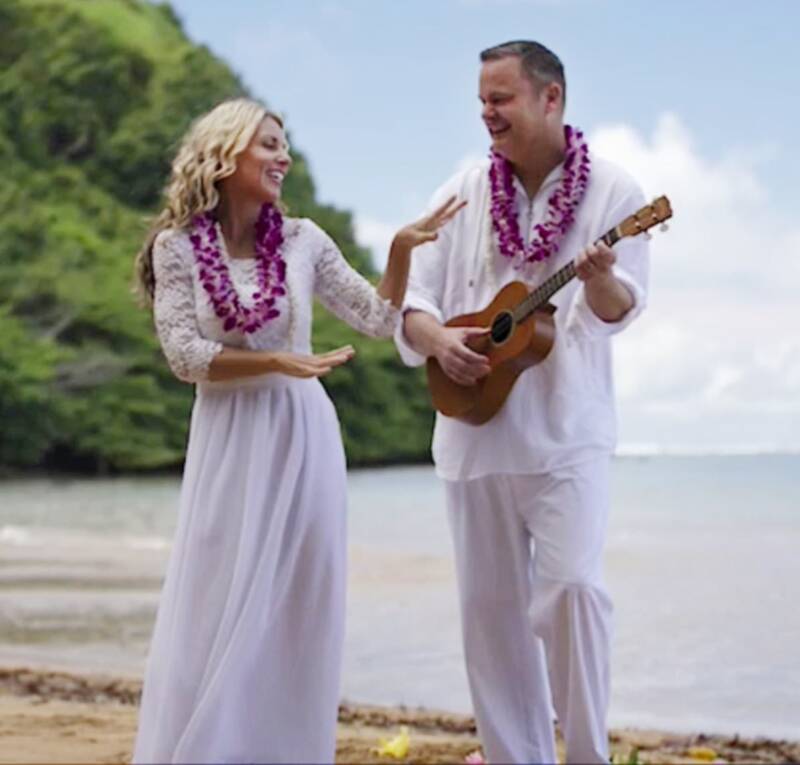 Fox 10 PhoenixLori Vallow married Chad Daybell in a laughter-filled ceremony on a beach in Hawaii just weeks after her children went missing.

They quickly disproved Lori Vallow Daybell’s claims that J.J. was with a friend and searched her and Chad Daybell’s new home — which they found “abruptly vacated.” Now, immediately after Lori and Chad Daybell became persons of interest, they vanished. 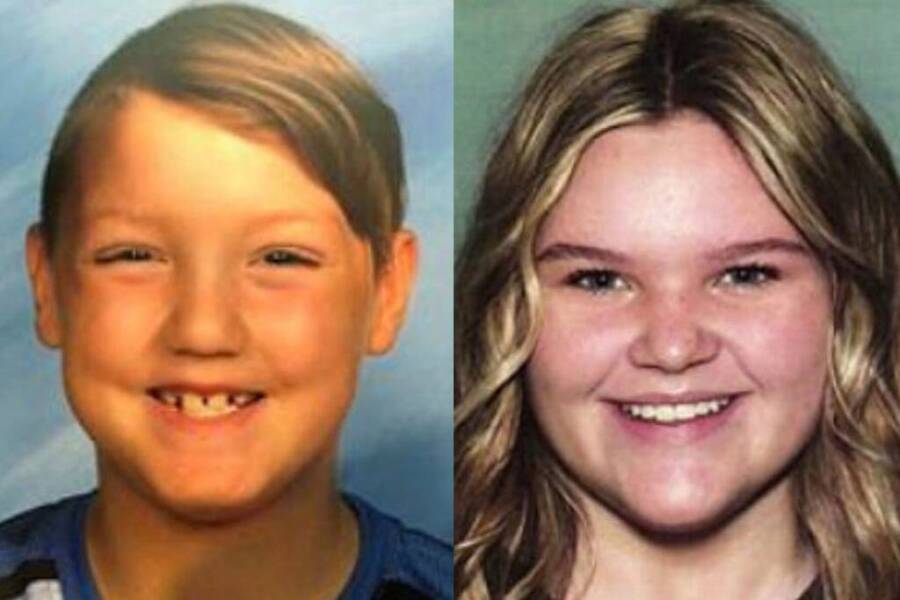 Family PhotosPortaits of the missing Idaho children J.J. Vallow and Tylee Ryan before their disappearances in September 2019.

Police then said they “strongly believe that J.J. and Tylee’s lives are in danger,” and that Vallow “refused to work with law enforcement to help us resolve this matter.”

Around two weeks later, Alex Cox was found dead in his bathroom. According to NBC News, he died of a pulmonary embolism caused by arteries in his lungs being blocked by a blood clot.

With another dead body and the primary suspects in the whole affair gone, the case only grew darker from there. Soon, Lori Vallow’s family began to reveal the bizarre religious beliefs that she and Chad Daybell shared.

Authorities finally found Lori Vallow and Chad Daybell in Hawaii on Jan. 25, 2020, having stayed in Kaua’i for an “unconfirmed period of time.” Though police stated that “there is no evidence” that Vallow’s children were ever on the island with them, authorities found Tylee’s cell phone among Lori’s belongings on February 10, 2020.

After authorities found the couple in Kaua’i, Vallow was ordered to present her kids in Idaho within five days. She failed to do so and was arrested on February 20. Then, dark truths about her apocalyptic fervor began to come out. 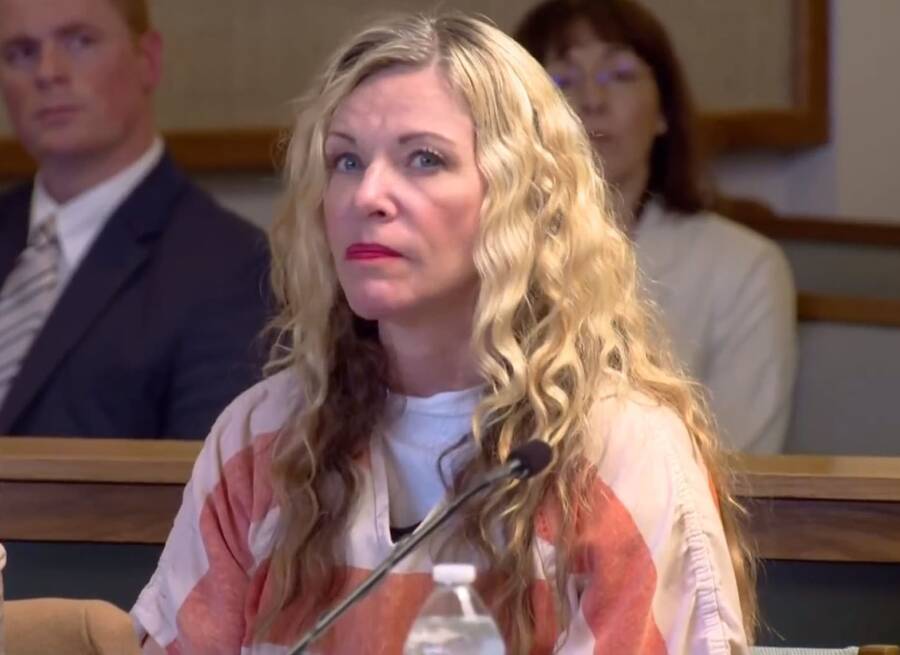 KVTBLori Vallow Daybell was arrested in January 2020 by Kaua’i police in Hawaii.

According to Vallow’s niece, Melani Pawlowski, Vallow believed that her children had been possessed and had become zombies. Pawlowski believes that Vallow had been planning to kill her children because they were now evil and that she’d kill others close to her who had become evil as well.

Vallow reportedly said that Pawlowski’s ex-husband Brandon Boudreaux needed to die. He was shot outside his home by an unknown assailant driving a car registered to Charles Vallow on October 2.

A CBS This Morning segment on Lori Vallow’s 2020 court hearings.

“She explained zombies and her fears about what Chad and Lori stated concerning the original spirits being caught in limbo until the body’s death. She stated that Brandon had been possessed by a demon or another dark entity sometime after June of this year. She was told either through revelation or by Chad that something needed to happen to (Boudreaux) in order for his spirit to progress and for the Lord’s plan to continue. She didn’t take well to the idea of her husband dying as part of the Lord’s plan, but didn’t think action would be taken by anyone.”

Another family member told People that Lori Vallow once said, “Sometimes, I think it would be better just to put my kids in a car and go off the side of a cliff.” 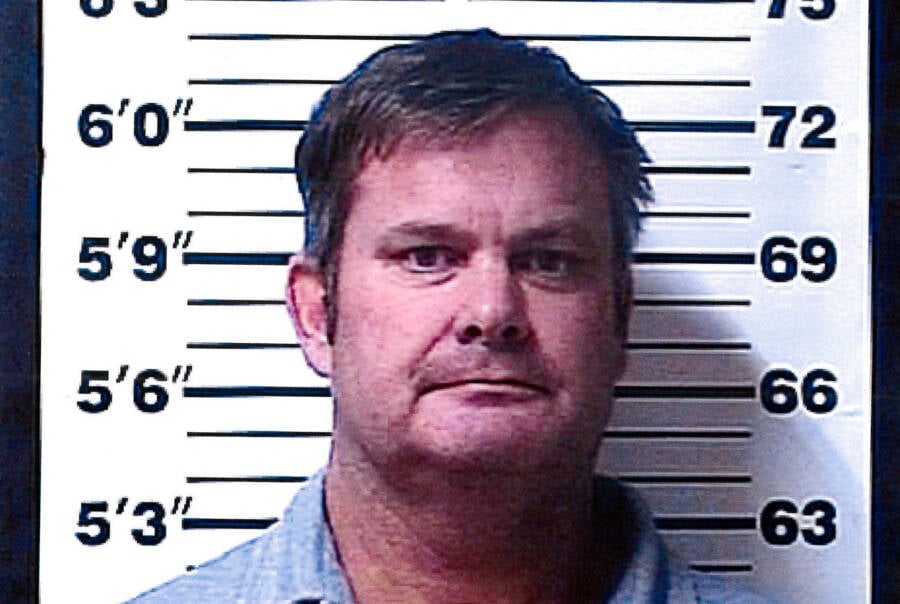 Public DomainMugshot of Chad Daybell, on whose property the suspected remains of the missing Idaho children J.J. Vallow and Tylee Ryan were found in June 2020.

Following her February 2020 arrest, Vallow was charged with two felony counts of desertion and nonsupport of dependent children. She was then extradited back to Idaho to face her charges. Authorities have since learned that the fate of her children was much worse than desertion.

The Remains Of The Missing Idaho Children

On June 9, 2020, Idaho authorities searched Chad Daybell’s home and found the remains of two children. Police didn’t immediately reveal the victims’ identities but the grandparents of the missing children soon confirmed that the remains belonged to J.J. Vallow and Tylee Ryan.

“We are filled with unfathomable sadness that these two bright stars were stolen from us, and only hope that they died without pain or suffering,” their statement said. “Once officially confirmed, statements from The Rexburg Police, The Medical Examiner and the FBI will be released.”

“We as that you respect our family’s privacy while we grieve — we have only just been told of the loss of our loved ones and need time to process.”

FacebookJoshua “J.J.” Vallow and Tylee Ryan vanished in September 2019, but authorities have now found remains believed to be theirs on the property of Chad Daybell.

Daybell was then taken into custody on suspicion of concealing or destroying evidence. Daybell appeared before a judge following his arrest, with Madison County Prosecuting Attorney Rob Wood requesting a $1 million bail. Wood described the hiding of remains as “particularly egregious” and labeled Daybell a flight risk.

Lori Vallow Daybell has likewise been held on a $1 million bond since her arrest. With both Vallow and Daybell in custody, it now falls to authorities to build cases against them for all the various crimes that occurred over that tragic stretch of months in 2019.

After learning about the case of Lori Vallow, Chad Daybell, and her vanished children, read about Etan Patz, the original milk cartoon kid. Then, learn about how Gypsy Rose Blanchard was abused by her mother for years before getting someone to kill her.