Every year at the end of August, the village of Dunoon quadruples in size. Why? To celebrate the Cowal Highland Gathering. 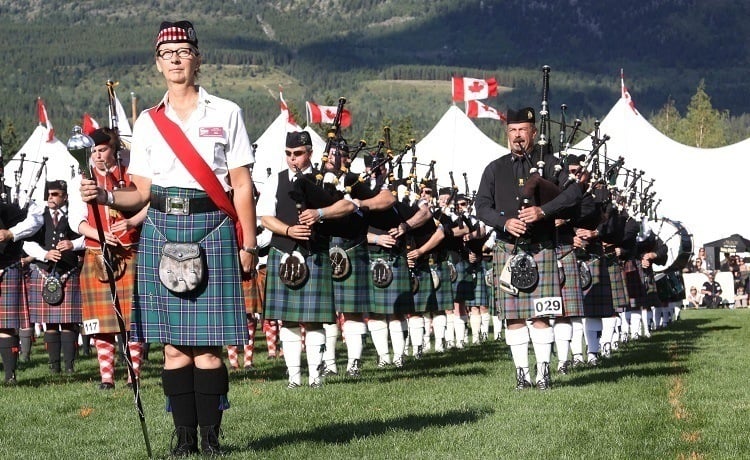 Dunoon is a small, unassuming town in Scotland with a population of just 8,300 people. However, one weekend per year, at the end of August, that population triples or even quadruples in size. That’s because for over a hundred years the town has hosted the Cowal Highland Gathering, the biggest Highland Games event in Scotland.

While the origins of human games and sports predate recorded history, this particular tradition began in 1894 with less than 2,000 spectators. It would only take a few years for the audience to triple and for the games to start attracting overseas competitors.

Like other Highland Games, the Dunoon festival features pipe band and traditional dancing competitions, as well as athletic feats typically referred to as heavy events. Nowadays 20,000 to 25,000 people attend the games and watch over three thousand competitors from around the world. 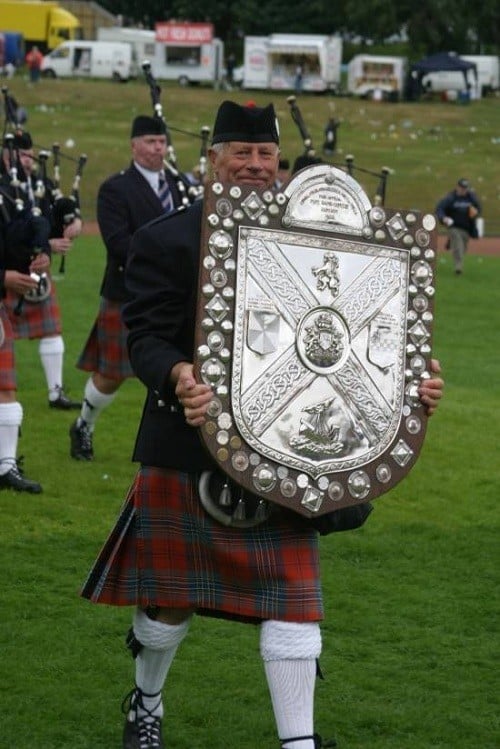 Each year, a chieftain is elected to oversee the festivities and present awards to the winners Source: Cowal Gathering 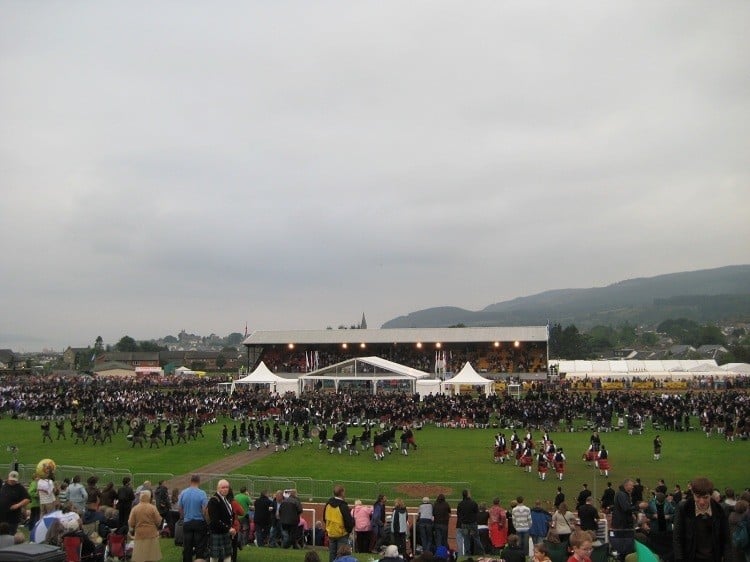 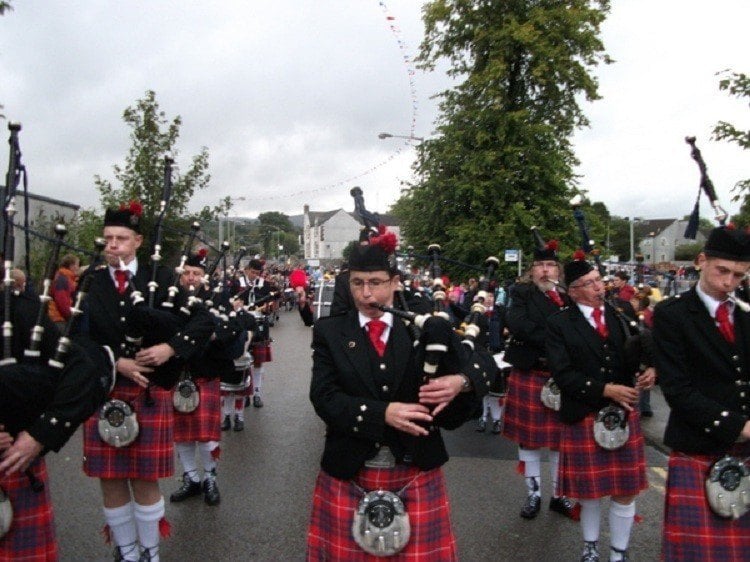 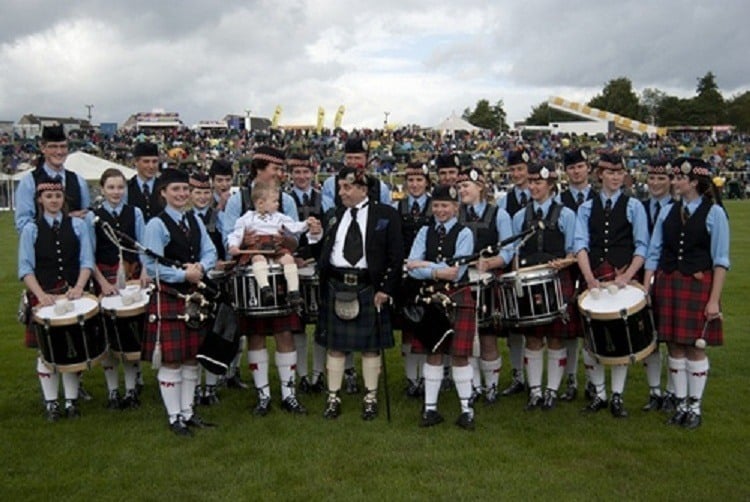 The traditional pipe band has anywhere between 10 and 40 pipers and drummers Source: Forargyll 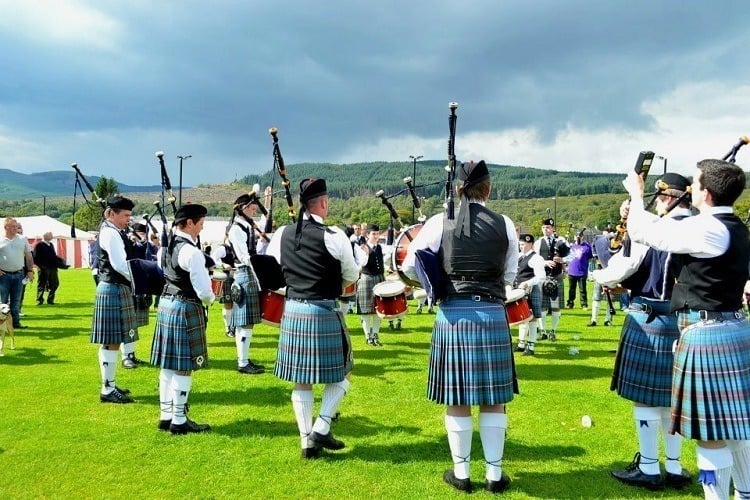 Around 150 bands take part in the Cowal Games Source: Boghall and Bathgate

End of the Cowal Games 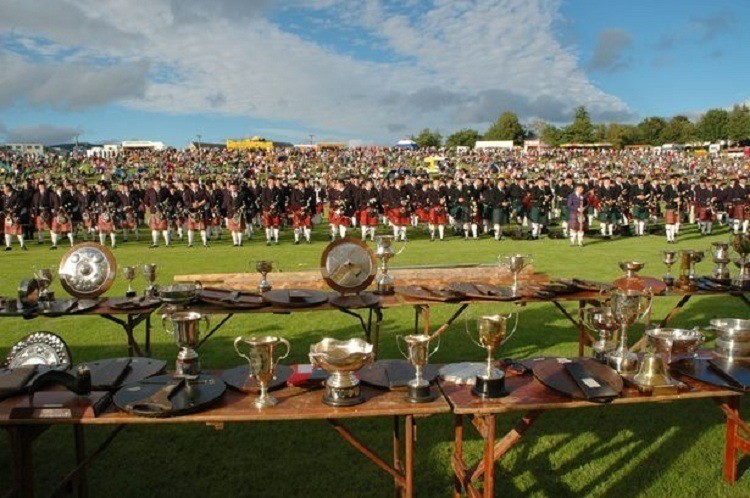 When the Gathering ends, all of the bands get together and salute the chieftain by playing “Highland Laddie” in unison. Afterwards they parade through town and show off their trophies. Source: The Daily Record 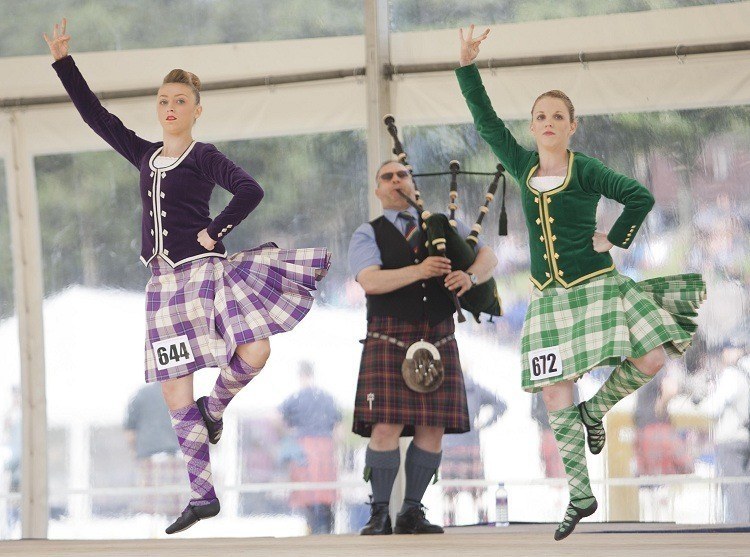 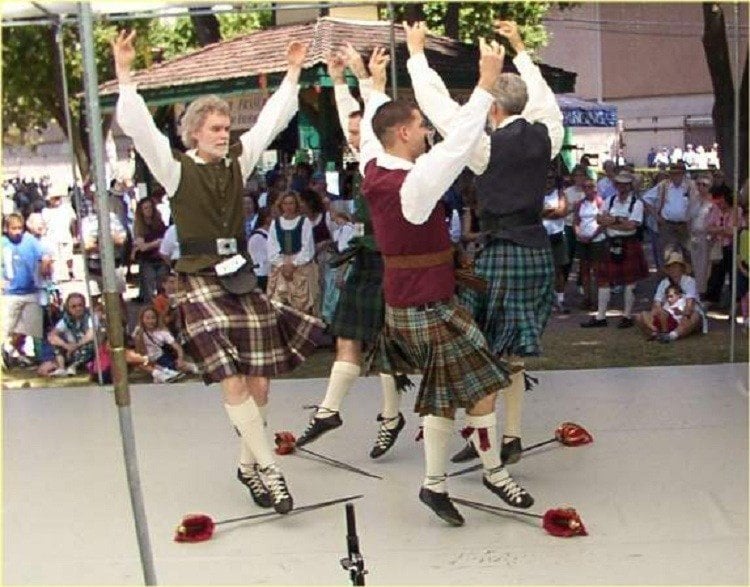 Originally, only men would take part in Highland Games dancing competitions, although now it is an event practiced almost exclusively by women. Women were never actually forbidden from participating, though; in fact they would often learn Highland dancing as part of their dance classes. Source: Caithness 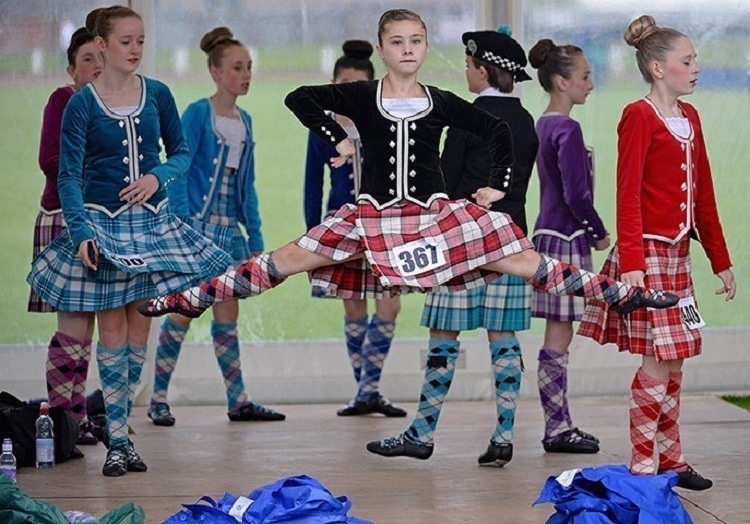 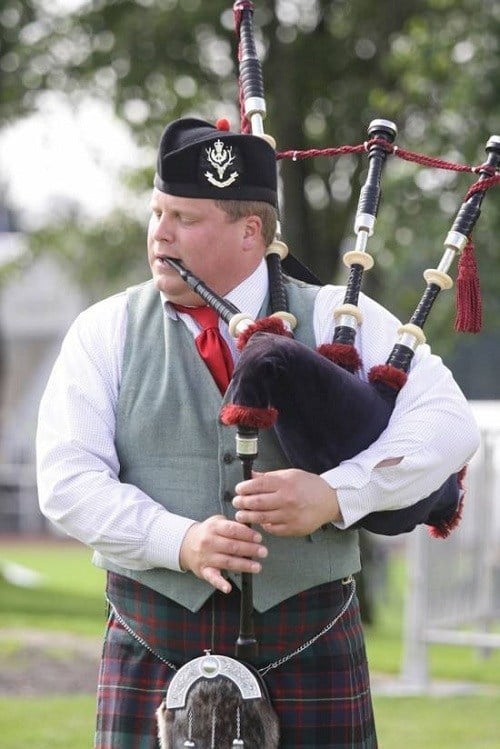 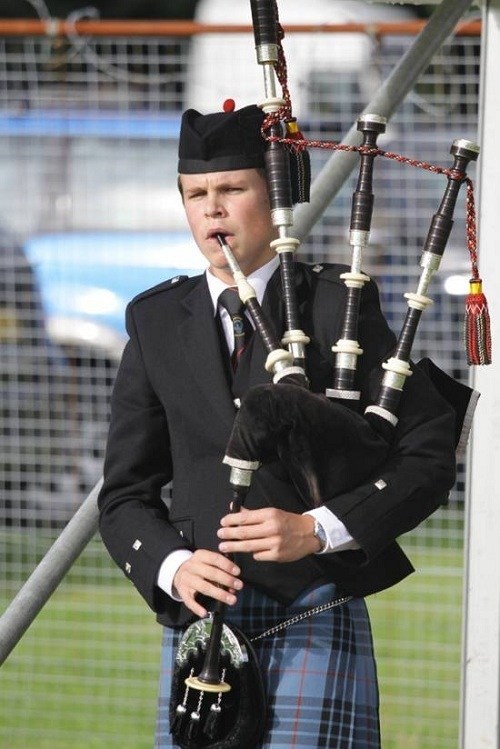 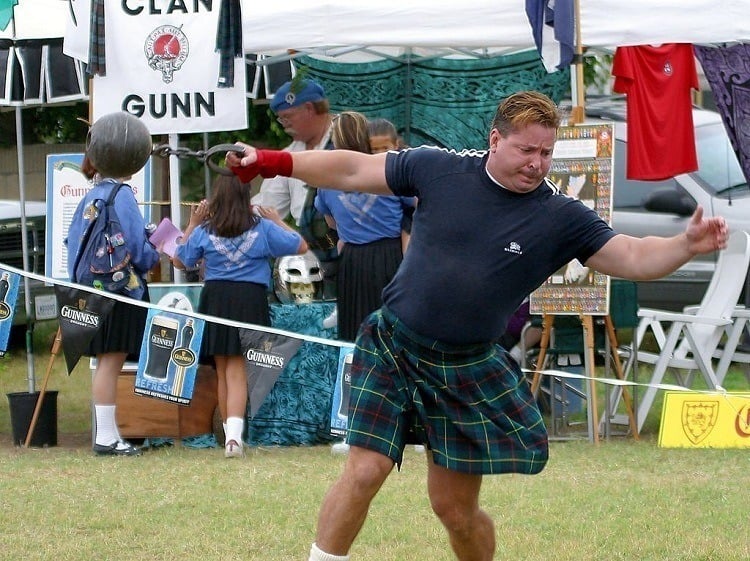 For many spectators, the heavy events are the highlight of the games Source: Wikipedia 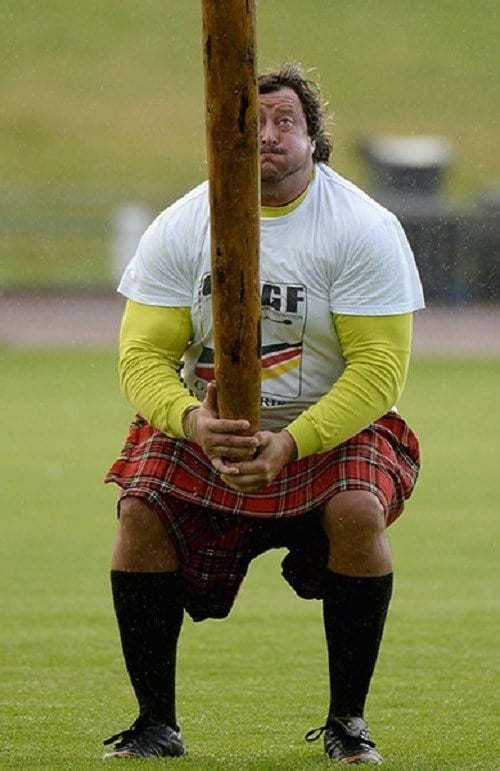 The caber toss is arguably the most popular and well-known Highland event Source: The Guardian 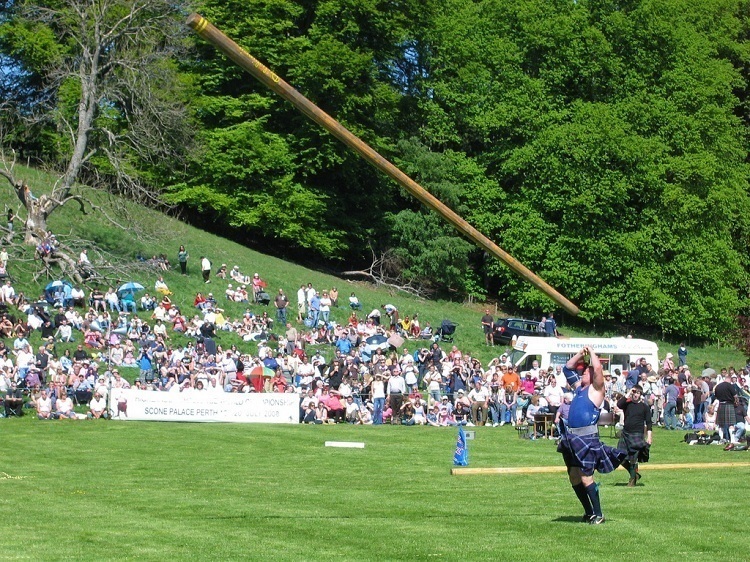 Contrary to popular belief, the distance covered by the caber is irrelevant. The tosser’s goal is to flip the caber end over end once, and then have it land as close to the “12 o’clock position” as possible or, in other words, in line with the direction of the run. Source: Pix Shark 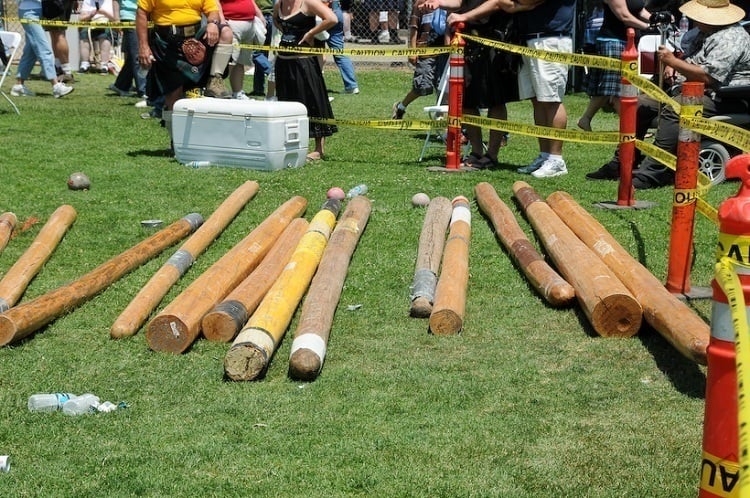 The traditional Scottish caber is made from larch, stands 19 feet 6 inches tall and weighs 175 pounds. Nowadays, smaller versions are available to accommodate tossers of all sizes. Source: Fat Lucas 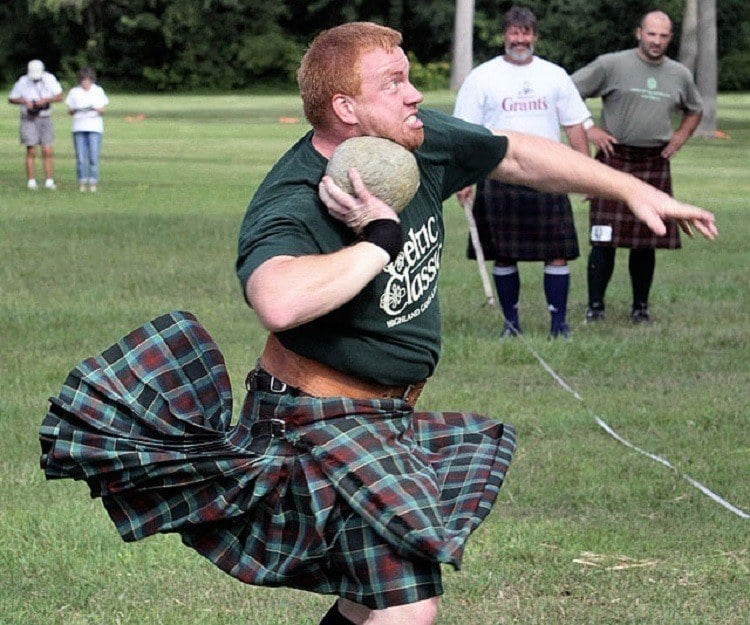 The stone put is another traditional heavy event. It’s similar to the shot put except that it uses a regular stone instead of a uniform steel ball. Source: Syracuse 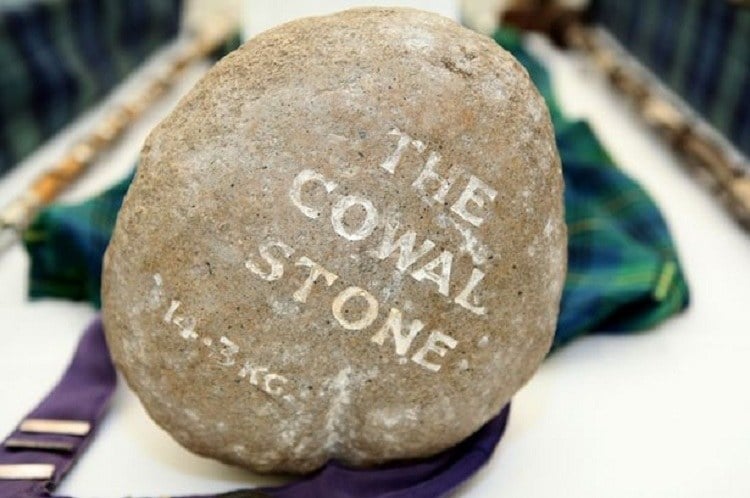 The men use the famous 34-pound Cowal Stone for the stone put Source: The Daily Record 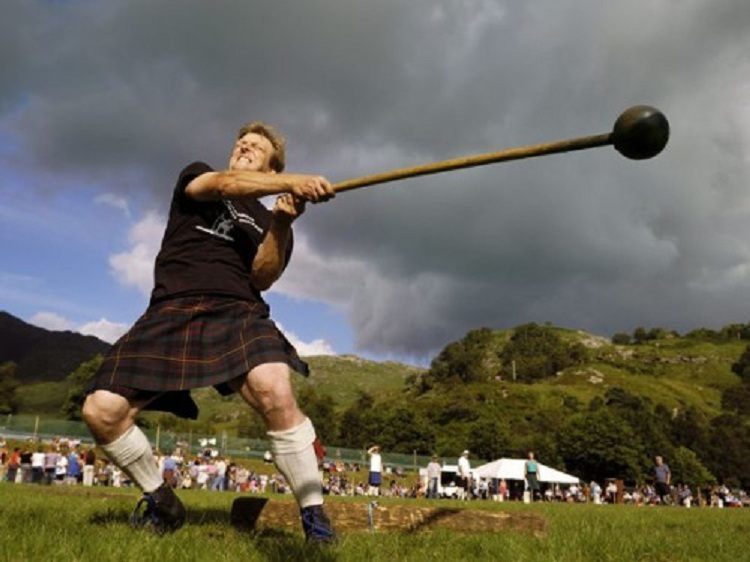 The Scottish hammer throw is actually the original version of this event. Unlike the modern hammer throw, the weight is attached to a wooden shaft instead of a chain. Source: Tumblr 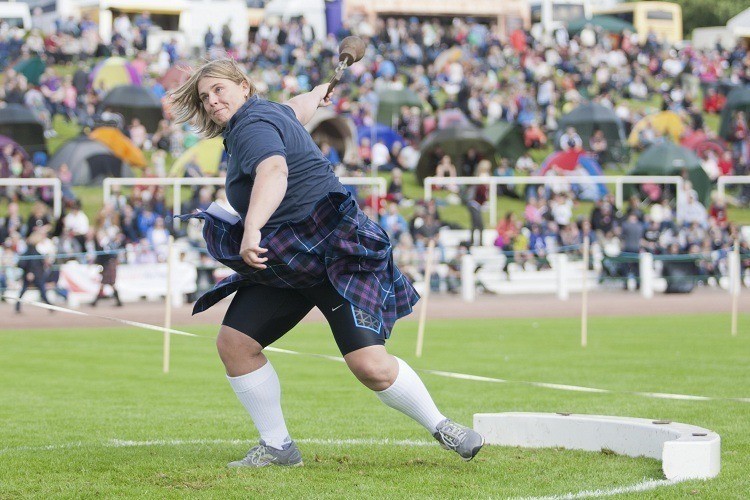 While the thrower is allowed to use any technique they want, they can only use one hand and the longest throw wins. Most Highland Games have two separate weight-throwing events, one with a light weight and the other with a heavy one. Here, a competitor throws the heavy weight (28 pounds for women, 56 pounds for men). Source: Jonathan Faulds

Weight Over the Bar 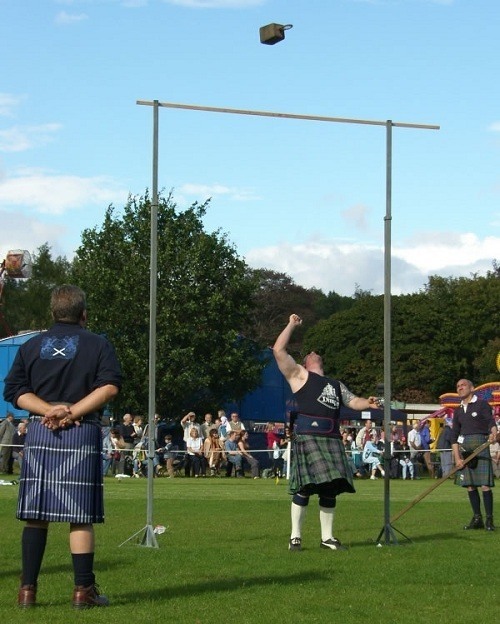 “Weight over the bar” is an event similar to weight throw, except that the weight is thrown vertically. Source: Blogspot 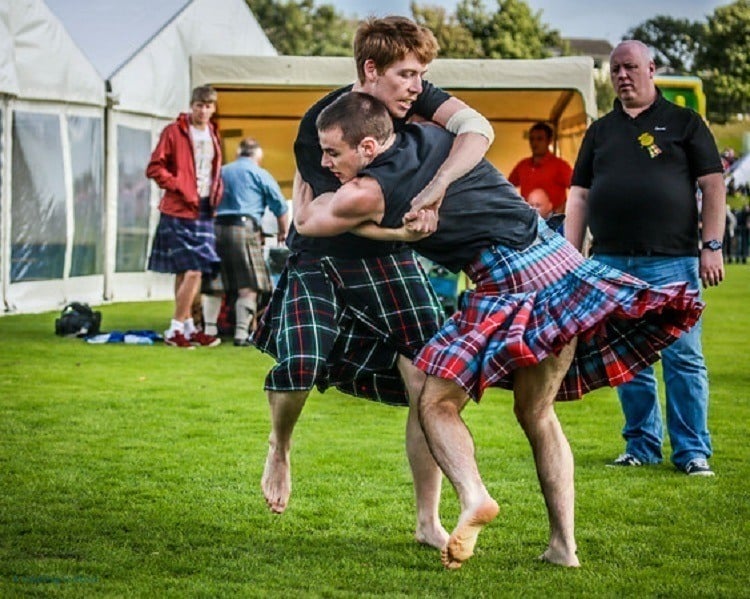 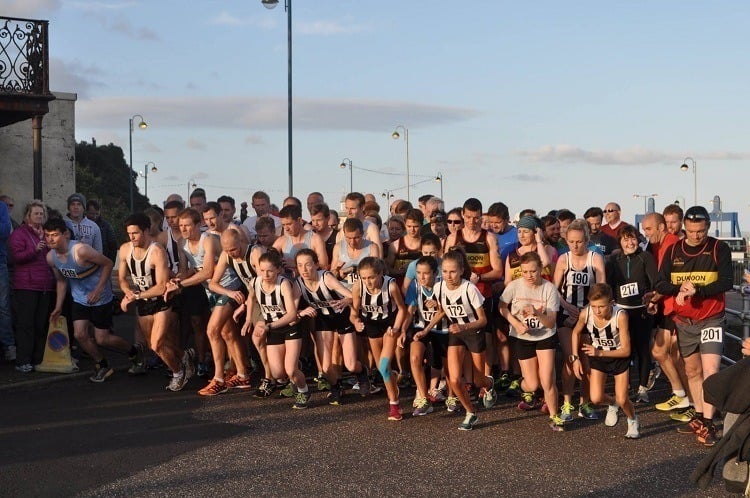 Beginning in 2003, the Cowal Games added another day to the festivities to incorporate the 5K Cowal Run. Source: Dunoon Hill Runners 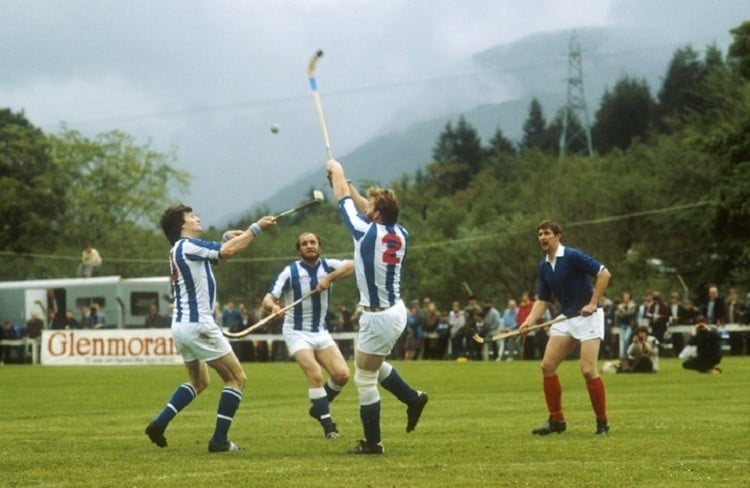 Shinty, a sport similar to field hockey, was a part of the Cowal Games until 2007 Source: Visit Cairngorms 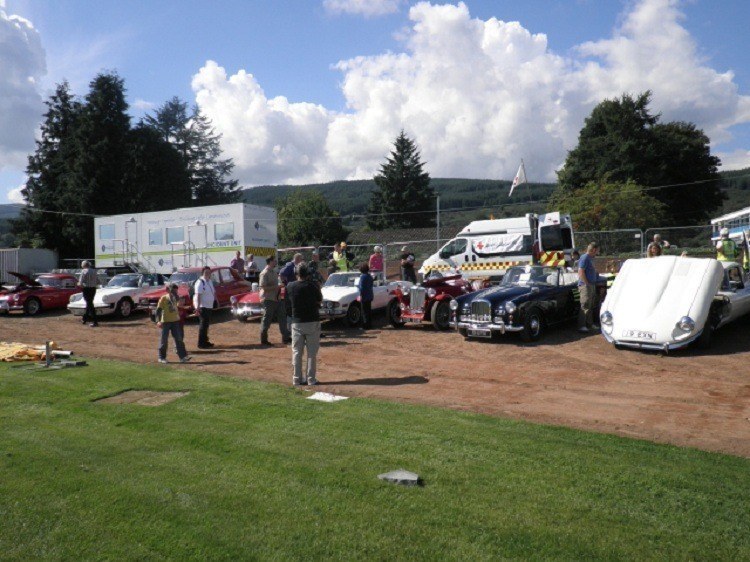 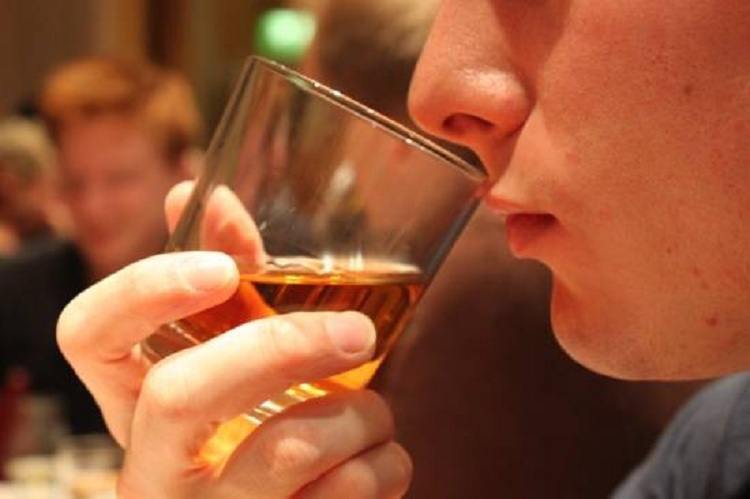 : And, of course, this is Scotland so people also have a chance to sample a range of Arran Malt whiskies at the whiskey tasting. Source: Cowal Gathering

The 2015 Cowal Games are scheduled for August 27-29. If you go, you will be joining another 23,000 people expected to attend from all over the world. Check out a video of the madness you’re in for: