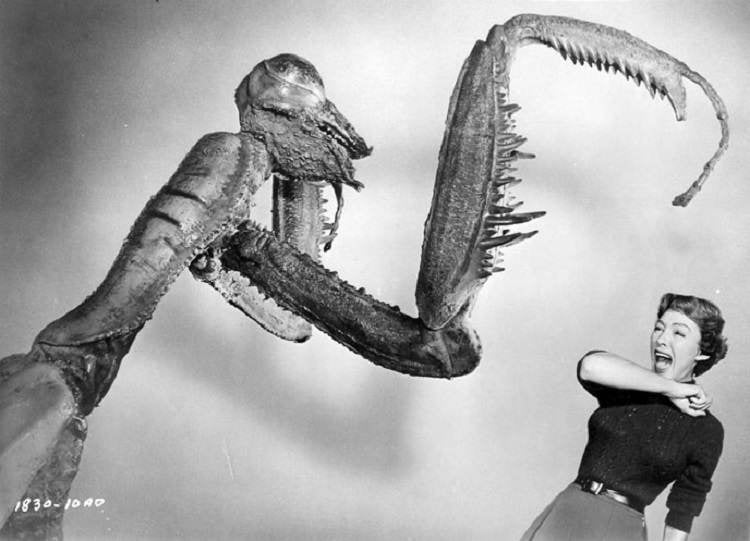 The praying mantis was also given Brobdingnagian treatment for a 1957 movie called “The Deadly Mantis.” Praying mantises have a lot of characteristics that lend them to being categorized as a creepy insect: cannibalistic tendencies; a strange, triangular head with alien-like eyes; and prickly forelegs that can quickly snatch prey—or even a human finger. Large species of carnivorous mantises have been known to prey on small scorpions, lizards, frogs, birds, snakes, fish and even rodents, but most of them dine on smaller insects. 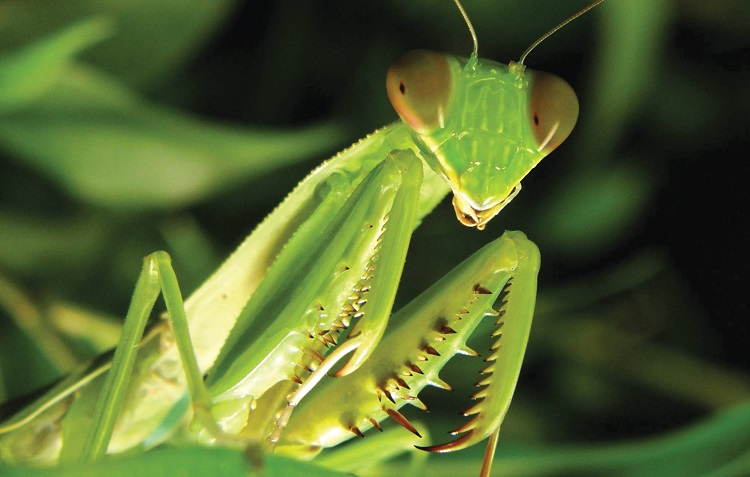 Truly a femme fatale, the female mantis devours the male once he has finished the mating ritual. When born from an egg sac, tiny mantises, called nymphs, will eat their siblings when they get hungry enough.