Another terrifying ant will be well-known to those who watch National Geographic or nature documentaries. Known as the army ant, the menacing insect also holds something of a regal status, as various African kings supposedly buried enemies up to their heads in army ant-filled dirt.

The name actually refers to more than 200 ant species that “raid” or forage aggressively over a certain area. They are on the move constantly, forming bivouacs instead of underground colonies when they are at rest. In these bivouacs they hang together in a giant, stringy clump. 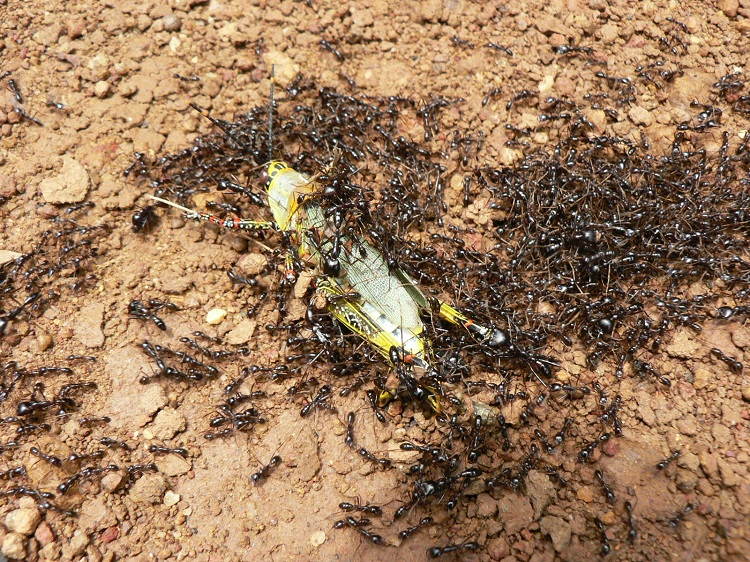 Known to be voracious social hunters, an entire colony of army ants could consume up to 500,000 prey each day, including larvae, earthworms, turtle eggs and even very young vertebrates like birds.

No wonder that director Gordon Douglas chose giant ants to be the monsters in his horror film “Them!” in 1954. In the Friday-night classic still appreciated by horror buffs, mankind battles ginormous ants created by radioactivity from atom bomb tests in the American Southwest.