Why Danvers State Hospital Ranks Among History’s Most Infamous Asylums

After it closed, the old hospital site became a popular destination for thrill-seeking kids looking for the scare of a lifetime. 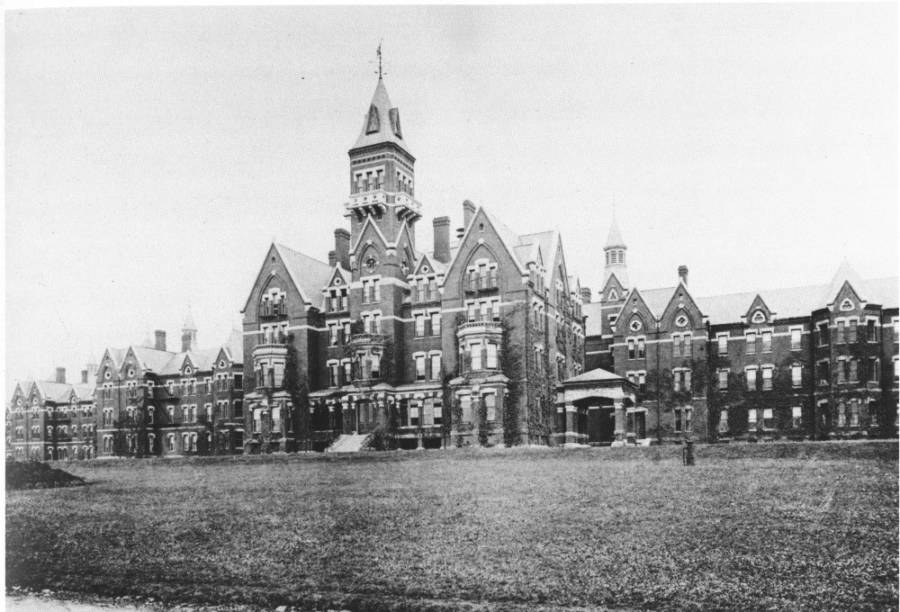 Hathorne Hill in Danvers, Massachusetts harbors a beautiful Kirkbride building with its gothic-style spires and red brick construction. The judge that presided over the Salem Witch Trials, John Hathorne, once lived here a few hundred years ago. Perhaps that dark history cursed the building that currently sits on Hathorne Hill.

The facility that once housed Danvers State Hospital is now home to a residential community featuring fully renovated apartments. However, the building’s dark past make it one of the creepiest monuments to insane asylums in the world.

The idea was that the facility would be self-sustaining, meaning that everything it needed was on site. The overall design, as seen from the air, looked like a bat in mid-flight. The design supposedly helped draw breezes through the entire facility.

Although the building looked beautiful on the outside, inside was a different matter.

Danvers State Hospital was originally called the State Lunatic Asylum at Danvers (a cheerful name, for sure). It was part of the countrywide concept – at least in the late 1800s – that people with psychological problems needed to be cured inside specially made facilities. Construction on Danvers State Hospital started in 1874 and the first patients moved in sometime in 1878. At its peak, the facility had 40 buildings and maxed out at 450 patients. The goal of the facility was to completely cure patients of their ills.

Danvers was a success at first. By 1900, Danvers State Hospital employed 125 people and had treated more than 9,500 patients since opening. Its good reputation proved to be Danvers’ undoing. Over the next 20 years, the population of the hospital swelled to more than 2,000 patients despite its official capacity of 450.

Administrators begged the state for money to build more rooms and hire more staff, to no avail.

Then the horrific abuses started.

Patients walked through hallways naked. They lived in their own filth from a lack of basic hygiene. People weren’t being cured. Their symptoms got worse.

When shock therapy failed, the lobotomies started. In 1939, the medical community was looking for a permanent fix to the crisis facing mental health facilities. The population of the hospital swelled to 2,360. A total of 278 people died at the hospital that year.

Medical science saw lobotomies as a cure for anyone’s insanity, and as a way to stop the deaths.

Neurology experts often called Danvers State Hospital the “birthplace of the prefrontal lobotomy.” The moniker came from its widespread use, but also from the procedures refinement at the hospital.

Visitors to Danvers State Hospital in the early 1940s reported lobotomy patients wandering aimlessly through the halls of the hospital. At least the patients didn’t complain, because many of them just stared blankly at walls. Patients walked around in a drugged, hellish daze. No one would let them leave and held them against their will.

That is, if patients could express their thoughts after having a portion of their brain ripped out during surgery.

The lack of funding continued. Buildings fell into disrepair, which made conditions worse. Finally, the state intervened.

Portions of Danvers State Hospital were shut down in 1969. Most of it closed in 1985 before a permanent shutdown in 1992, after which the site became a popular destination for thrill-seeking kids looking for a good scare.

In 2005, a development company bought the rundown property and tore down a large portion of the buildings. The renovations turned the once-macabre lunatic asylum into Avalon Danvers Apartments. Construction faced delays in 2007 when a mysterious fire broke out and burned a majority of the new construction and some trailers. Perhaps the tormented spirits of the dead put a curse on the place.

The Hell House on the Hill (one of several unkind yet accurate nicknames for Danvers State Hospital) looks brand-new today. However, its reputation remains. Horror novelist H.P. Lovecraft used Danvers as the inspiration for his Arkham Sanitarium. If the name Arkham sounds familiar, DC Comics latched onto the name and created Arkham Asylum as the backdrop for where Batman’s ultra-psychotic villains come from. 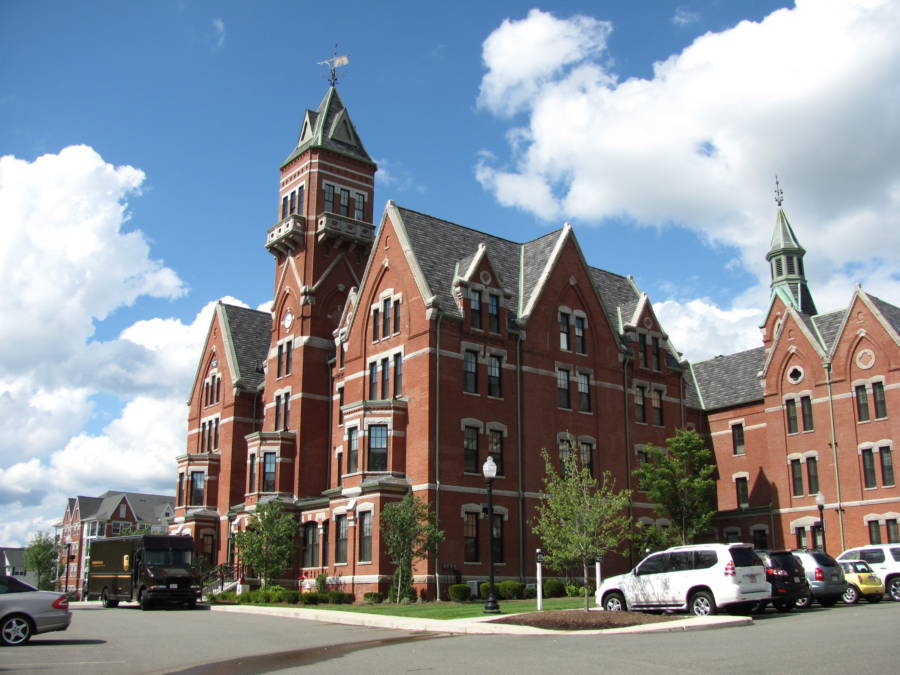 Wikimedia Commons Danvers as it stands today, a much more cheerful place.

After venturing inside the tormented history of Danvers State Hospital, see these haunting photos taken inside asylums of decades past. Then read about the real horror story of Bedlam, the Bethlam Royal Hospital. Finally, read up on actress Frances Farmer and her involuntary commitment to a mental hospital.