Theo Van Gogh’s Film On Islam Was So Controversial, He Was Killed Over It

Theo Van Gogh was murdered for his art, which depicted a woman trapped by the rigidity of the Islamic religion. 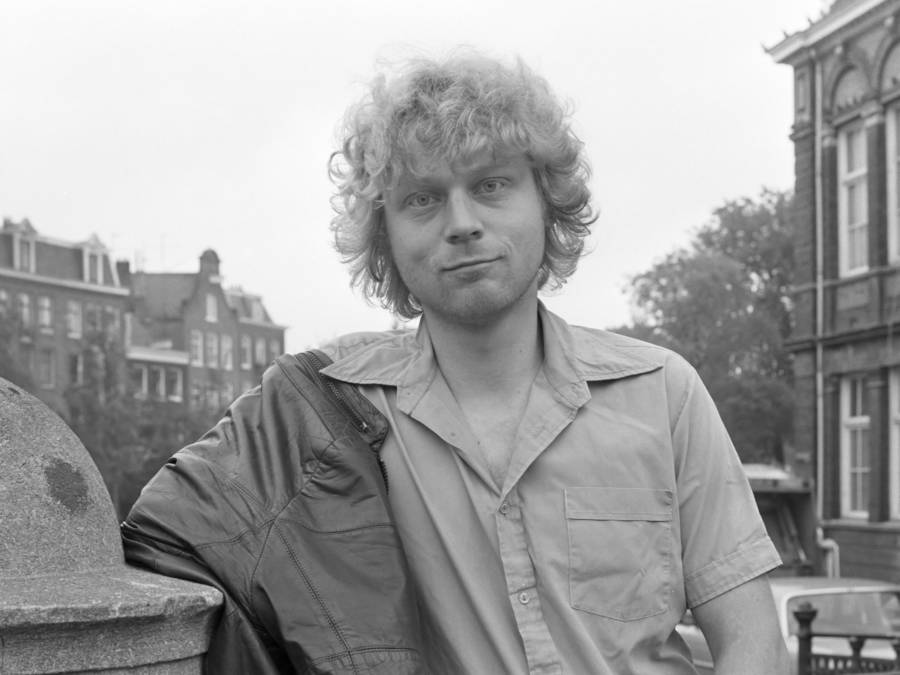 Dutch filmmaker Theo van Gogh, much like his famous relative Vincent (perhaps you’ve heard of him), was controversial in his day. Although Theo didn’t cut off an ear in the name of art, he had a penchant for insulting everyone imaginable in the name of free speech.

On November 2, 2004, a Dutch-Moroccan citizen named Mohammed Bouyeri shot van Gogh twice before slitting his throat. Witnesses said van Gogh’s throat was “cut like tire.” The provocateur’s voice was symbolically and violently silenced with the flash of an assassin’s knife.

Before leaving the scene, the 26-year-old Bouyeri pinned a letter to van Gogh’s body with a knife. The letter said Bouyeri’s gripes were towards Ms. Ayaan Hirsi Ali, a Dutch politician and a Muslim. Hirsi Ali was under police protection, so Bouyeri couldn’t kill her. Van Gogh was an open target.

Rewind to September 2004, two months before van Gogh’s assassination, Hirsi Ali and van Gogh released a 10-minute, made-for-TV film on women an Islam. Called “Submission, Part I,” the film follows a woman praying to Allah to free her of her horrible life. The woman has lines from the Holy Qu’ran written on her body, and her husband from arranged marriage beat her. Even worse, the woman’s uncle raped her and no one did anything to him.

The insinuation is that women should be submissive to their husbands in a truly Islamic marriage and that men have the right, according to van Gogh’s interpretation of the Qu’ran, to enslave women for all intents and purposes.

The film is based on Hirsi Ali’s life before coming to The Netherlands. Hirsi Ali was a Somalian refugee who fled an arranged marriage and was elected to the Dutch parliament. The politician wrote the script while van Gogh directed the film. 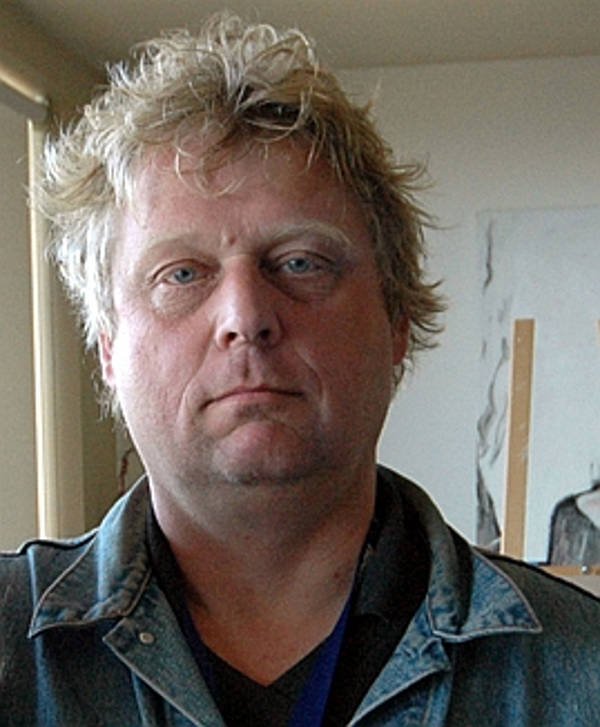 “Submission, Part I” was not well received in the conservative Muslim community at the time of its release. The film fed into the anti-Muslim sentiment following the 9/11 attacks. When asked why he made the film, van Gogh said, is “intended to provoke discussion on the position of enslaved Muslim women. It’s directed at the fanatics, the fundamentalists.”

The fundamentalists heard van Gogh loud and clear. Bouyeri’s letter called Hirsi Ali an “infidel fundamentalist who marches with the soldiers of evil.” The young man claimed that Hirsi Ali would “smash yourself on Islam.” The murderer believed police would shoot and kill him. Later that day, in a nearby park, Bouyeri was shot in the leg and hospitalized. Bouyeri started radicalizing at the age of 18 following his mother’s death from cancer. The young man waited eight years for his anger and frustration to come to fruition.

The day after van Gogh’s death, the politician went into hiding. She released a statement saying that the Dutch lost their innocence that day, and that van Gogh was too naive to think anything would happen to him. Van Gogh refused any police protection by claiming, “No one kills the village idiot.” That was his last mistake, and the war on terror came to The Netherlands in one swift rebuke of the country’s liberal-minded people.

Van Gogh’s death brought to light a different kind of discussion in The Netherlands. Dutch politicians received death threats. Instead of tolerance of other cultures, politicians talked about limiting immigration. One prominent politician said that Muslims, which made up five percent of The Netherlands’ population in 2004, showed a higher percentage of criminal behavior compared to non-immigrants.

The death of van Gogh changed The Netherlands forever. 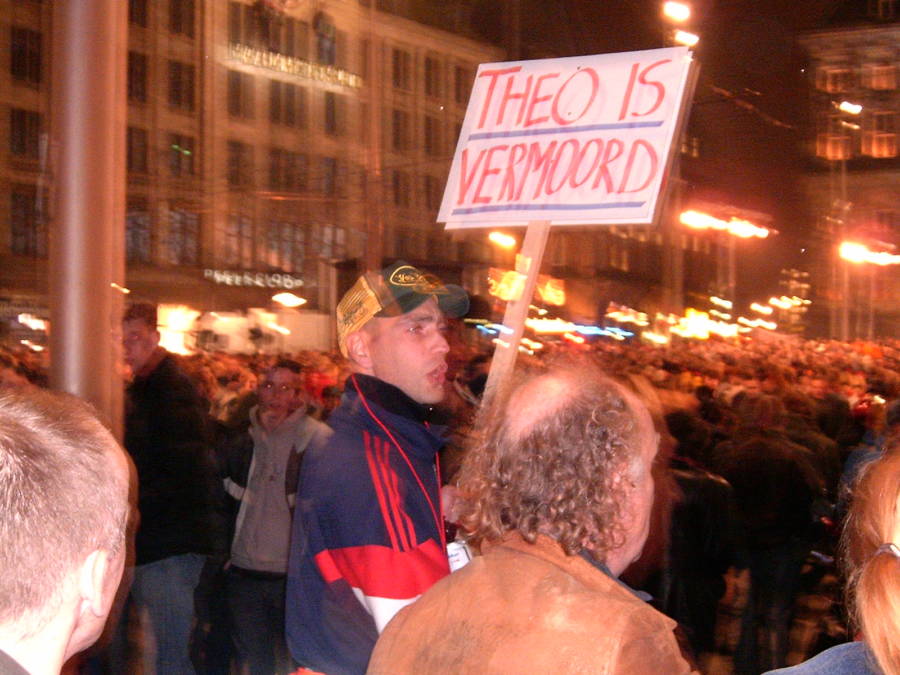 Wikimedia Commons The sign says, “Theo is assassinated.” This was a pro-Dutch rally following van Gogh’s death in 2004.

Muslim men became suspects, whether they were charged with a crime or not. People began eyeing Muslims with a different view. Instead of embracing them, the Dutch started marginalizing them. The liberal safe-haven of The Netherlands was never the same.

Ten years after the brutal assassination, prominent people in the country of some 17 million people say that the tone of political discourse changed. People rarely talk about the assassination for fear of angering both right-wing and left-wing movements. People on left would start to criticize Islam and fear reprisals, and people on the right would have nationalist, anti-Islam sentiments.

Much like the 9/11 terror attacks forever changed America, van Gogh’s murder was seen as a turning point in the country’s political affairs. What was tolerance became cowardice, according to van Gogh’s best friend Theodor Holman.

Luckily for the Dutch, cowardly or not, tensions simmered down and turned into a civil discourse rather than open war between two equally impassioned sides.

Next, read about Phoolan Devi, an Indian rebel who changed the face of politics in India. Then, read these 11 things you didn’t know about Vincent Van Gogh.