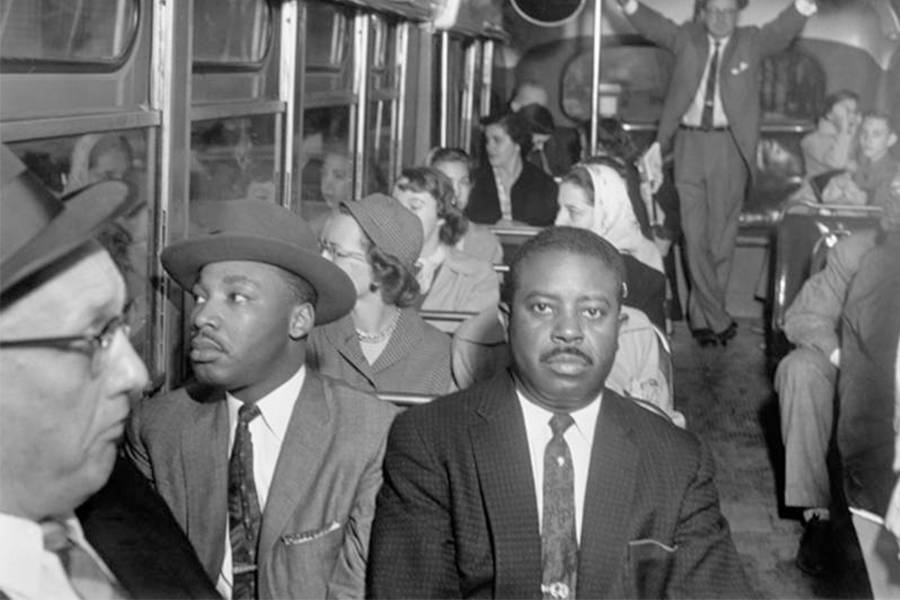 It is now common knowledge that the FBI under the leadership of J. Edgar Hoover did its best to discredit and subdue the Civil Rights Movement. The Bureau’s underhanded tactics ranged from slandering the movement’s supporters, shielding those who violently protested it, and recruiting insiders to betray their fellow activists.

Ernest Withers served in the army during WWII, where he received his photography training. After the war, he became a police officer in Memphis; his double-role as a photographer and policeman helped him attract clients and his position with the police enabled him to access scenes that civilian photographers would never have been able to shoot. 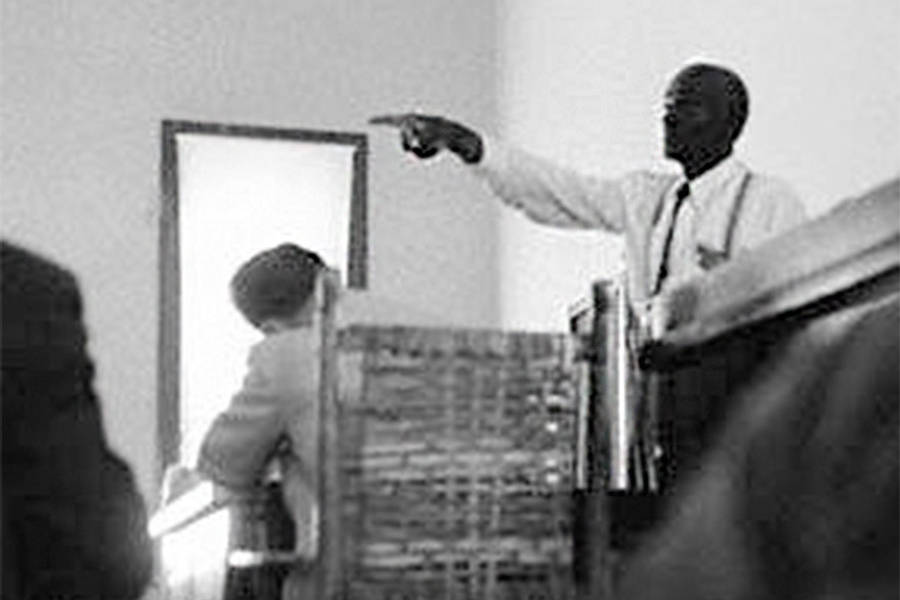 Ernest Withers was the only photographer to fully cover the Emmett Till murder trial. Till was a 14-year old black boy who was savagely murdered by two white men in Mississippi for supposedly wolf-whistling at a white woman. The all-white jury acquitted the two murderers and although the judge had forbidden any photography in the courtroom, Withers smuggled in his camera and snapped a photo that would soon become famous within the Civil Rights Movement.

Till had been staying with his great-uncle Mose Wright when the two white men had seized him; when Wright stood up in the court and identified one of the killers (the first time a black man had dared accuse a white man in the South in living memory) Withers captured the electrifying moment on film. The trial (and the photo) attracted national attention and was an important catalyst for the Civil Rights movement, whose leaders soon approached Withers and recruited him to their cause. 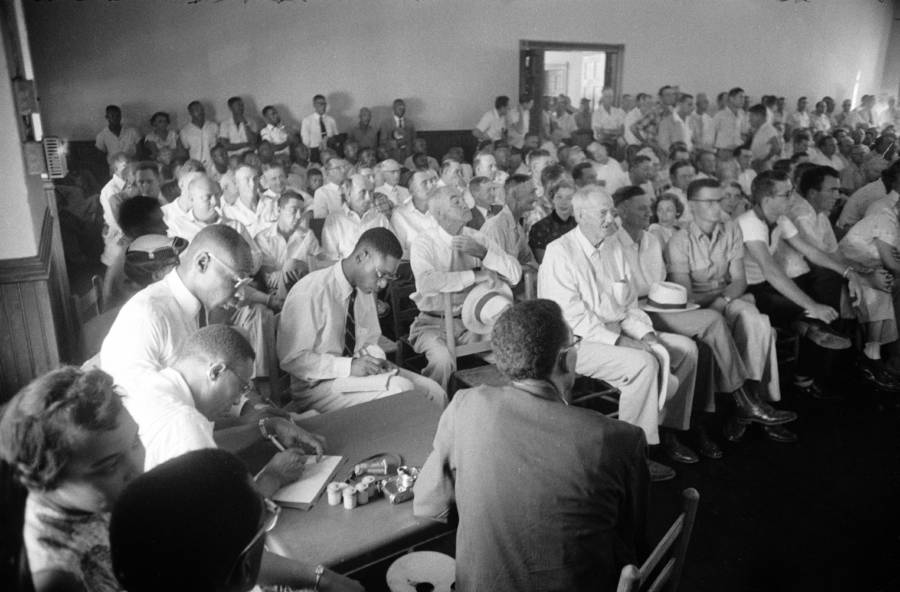 The LIFE Picture Collection/Getty ImagesA photo showing the segregation of the Till courtroom, with Withers seated in the foreground with his back to the camera.

Withers was soon traveling with the Movement’s most famous figures, taking photos of them that would become legendary along the way. He was there to document the moment when Martin Luther King Jr. rode one of the first desegregated buses in Montgomery; he was also there in the hotel with Dr. King the night he was assassinated.

However, unbeknownst to his high-profile friends, their go-to photographer was not only recording their history-making actions but passing their private information along to the feds. Withers’s reputation as an instrumental figure in the Civil Rights Movement himself had remained unblemished for decades until a Memphis newspaper unearthed FBI files documenting his role as an informant.

Found Out As A FBI Informant 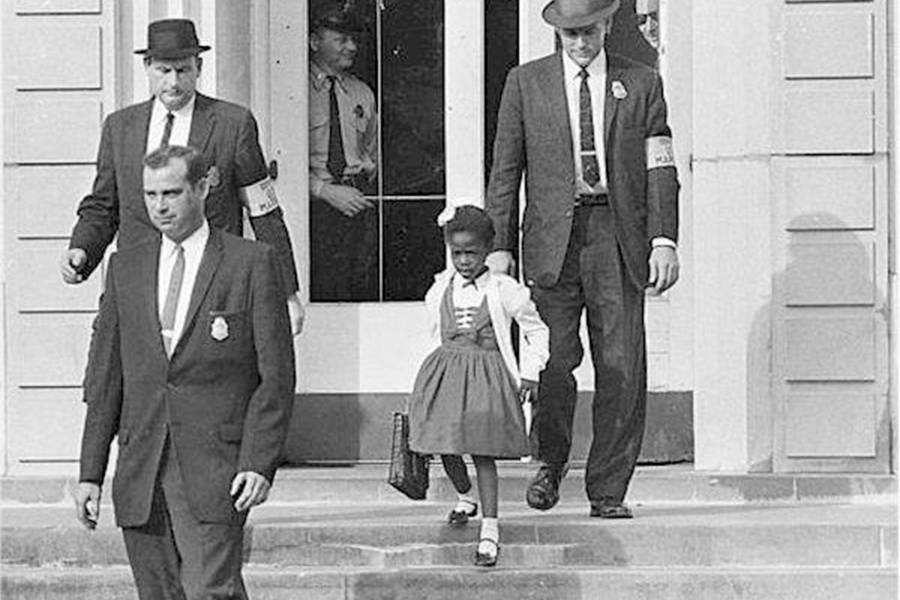 Wikimedia CommonsImages such as this one of tiny Ruby Bridges escorted by U.S. Marshals from her desegregated school showed the American public the struggles of the Civil Rights Movement.

The files revealed that Ernest Withers had been playing his double role since at least 1968, meeting with agents and providing them with information ranging from insider details on upcoming protests to the license plate numbers of the movement’s leaders.

The reporters were unable to find out how much Withers was paid to spy on his colleagues, or how and why the FBI was able to recruit him in the first place. The amount of money he was paid by the government is also unknown, although there has been speculation that he only agreed to inform in order to help provide for his eight children.

Withers’s former friends within the Civil Rights Movement reacted to the story with varying degrees of dismay and nonchalance. Some, such as Reverend James M. Lawson Jr., declared that the photographer “abused our friendship”, while others shrugged it off, admitting that they were well aware their every movement was being monitored.

Regardless of his motives, there can be little dispute that Ernest Withers’s photos gave important momentum to the Civil Rights Movement. His powerful images captured the attention of America more viscerally than the most eloquent speeches and spurred many people to take action. The events Withers recorded in his raw, unassuming style will be preserved forever to serve as a timeless reminder of the struggles his colleagues went through to become truly free.

After learning about Ernest Withers and his double life as an FBI informant, check out these four female civil rights leaders you didn’t learn about in school. Then, read about the true story behind one of the most iconic civil rights photos.