The Palmarian Church Believes In The Antichrist And Canonizes Dictators

Though they call themselves a Catholic sect, hardly any part of the Palmarian Church seems in line with Catholic values. 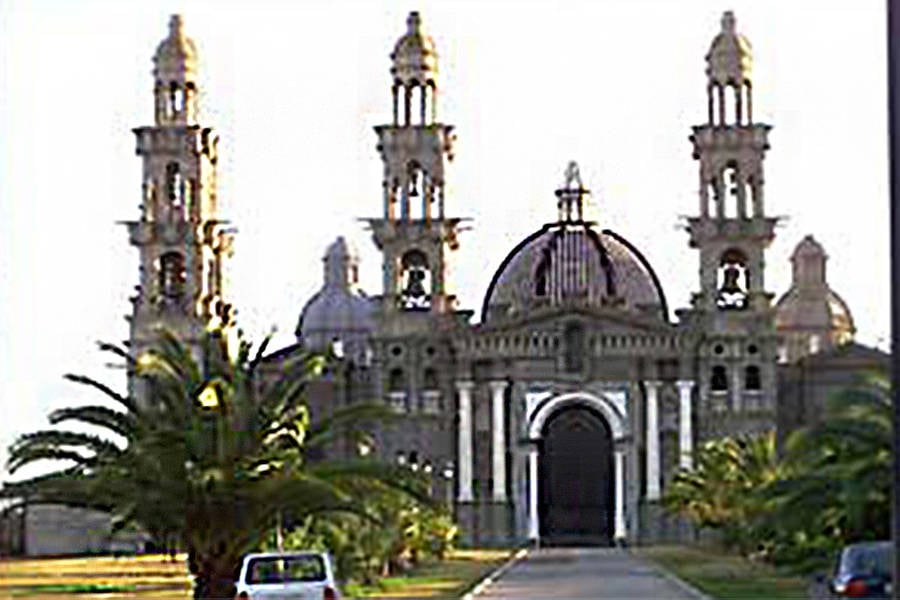 Visions of the Antichrist, Hitler as a saint, cultish practices and a pope with no eyes. Tales of the Palmarian Church sound like something out of a Dan Brown novel (and, in fact, are featured in one) but you may be surprised to hear that they are actually quite true. Members of the Christian Palmarian Church of the Carmelites of the Holy Face, or the Palmarian Catholic Church, exist all over the world, and the truth about their practices is even stranger than fiction.

The town of El Palmar de Troya is a small, unassuming one, nestled deep in the Andalusian region of southern Spain, 31 miles south of Seville. As it’s not quite a tourist destination but not quite in utter seclusion, for most of its life, the town existed in relative obscurity. Then, in 1968, it found itself at the center of a religious schism between the Catholic Church and a budding rebel sect.

In March of 1968, four schoolgirls claimed that they saw an apparition of the Virgin Mary on a tree near Palmar de Troya. At the time, people were known to travel hundreds of miles to bear witness to apparitions and alleged miracles, and before long the little town was full of believers from across the country.

While several of them reported visions at the site, for the most part, the girls’ vision was dismissed. A local bishop declared it nonsense and ordered the town and the girls to return to their normal lives. However, one man was adamant that the vision was real, and that he too had had his own visions, which were becoming more and more frequent. 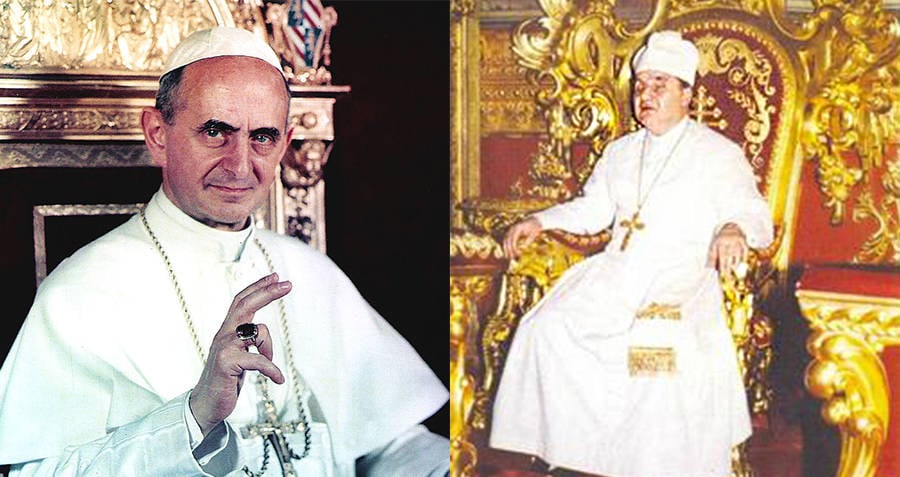 His name was Clemente Dominguez y Gomez, a lowly office clerk from Seville. So overtaken by these visions was Dominguez that in 1975 he formed his own religious order dedicated to following through on the instructions given to him by the Virgin Mary in his visions. He called his order the “Order of Carmelites of the Holy Face” and claimed to be dedicated to then-pope Paul VI.

As Dominguez was not, in fact, a holy man at all, he sought consecration as a bishop. Though several men refused to ordain him, he eventually found his way to the elderly Archbishop Ngo Dinh Thuc. The Vietnamese man was a traditionalist, but more importantly, a papal legate and his influence in the church would likely add legitimacy to Dominguez’ case.

Thuc ultimately consecrated Dominguez and four others as bishops and ordained several other men as priests. However, as Thuc had not obtained permission to do so from the Holy See, he and all five men were excommunicated by Pope Paul VI, the very man they were claiming to support. No longer willing to do so, Dominguez began forming his new church into something else.

When Pope Paul VI died in 1978, Dominguez claimed that he was next in line. Though he was only recently a “bishop,” and nowhere near a Cardinal, he declared that he had been mystically crowned pope by Jesus Christ himself and that the conclave was no longer necessary. He took the papal name Gergory XVII, appointed his own cardinals, and transformed the Carmelites of the Holy Face into the Palmarian Catholic Church.

Despite the fact that his claims were outright rejected by traditional Catholics, the new pope (Pope John Paul I), and the Vatican, Dominguez continued onward with his new doctrine.

In the Palmarian Catholic Church, the pope does not claim to be the bishop of Rome, as the Roman Catholic Church is, but instead claims to be another, more powerful pope. They believe that Jesus Christ transferred the position to them in Dominguez’ vision. Additionally, while Roman Catholic popes move up through the ranks and are selected by the College of Cardinals, the Palmarian pope is hand selected by Christ himself.

Dominguez was also the Palmarian Church’s famed “pope with no eyes.” After losing his eyes in a car accident, he continued to give mass with his eyelids sewn shut. He claimed the loss of his sight opened him up to greater visions. 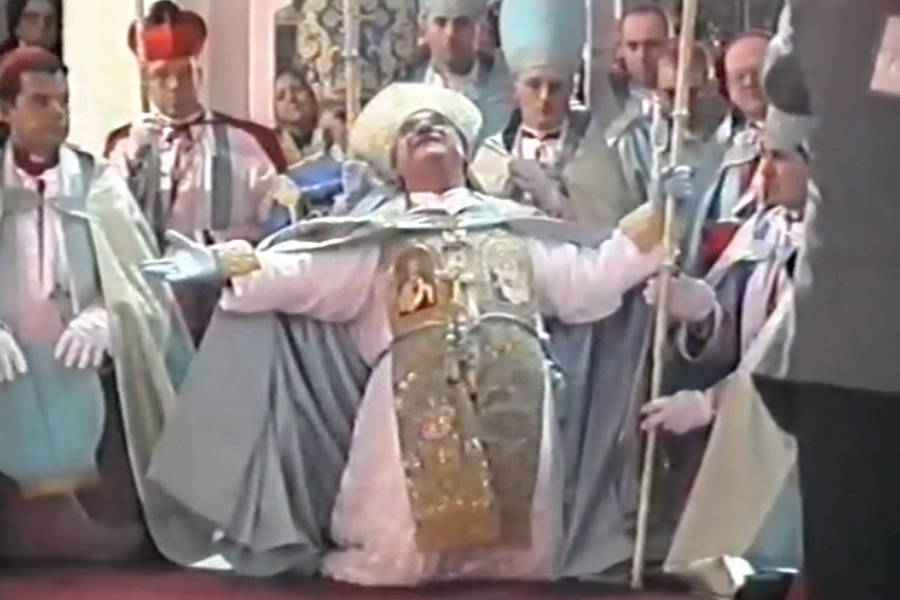 Following Dominguez’ death in 2005, Manuel Alonso Corral succeeded him taking the papal name Peter II. Handpicked by Christ (through Dominguez’ visions) several years prior, Corral had been preparing for his succession ever since. His first order of business was to declare Dominguez “Pope Saint Gregory XVII the Very Great.”

So far, there’s been no sign of the Antichrist, but then again, we’ve still got 12 years to go.

Following Peter II’s death, Gregory XVIII took over. Born Gines Jesus Hernandez, Gregory XVIII was one of the Palmarian Church’s most staunch leaders. He imparted some of the strictest rules on the church’s members, limiting their clothing choices, forbidding going to the movies, and even dictating the number of cigarettes they could smoke per day. He forced hours-long prayer services on the congregation and demanded penitence, humility, and “obedience to the hierarchy.”

In 2016, just five years after assuming the papacy, Gregory XVIII stepped down suddenly. As if by divine intervention, he began disavowing the church and speaking out against it as fervently as he’d once supported it. In interviews, he now claims that the church is a brainwashing cult, driven only by its leaders’ desires for sex and money.

Today, the Palmarian Church is still as strong as ever. Despite having under 2,000 members, each of them is devoted enough for 10. The new pope, Peter III, firmly stands by his teachings and encourages the people of Palmar to keep the faith. Though none of Gregory XVIII’s claims have been proven, it seems his charge that the church is driven by a need for cash could be true. Since the church’s inception, dozens of individual donations of over $200,000 have come through from anonymous donors, and don’t look like they’re slowing down anytime soon.

Next, check out another mysterious religious organization, Pastafarianism and the Church of the Flying Spaghetti Monster. Then, read about the craziest popes in the history of the Catholic Church.