Darrell Lee Clark and Cain Joshua Storey were just 17 when they were handed life sentences for the death of their friend. 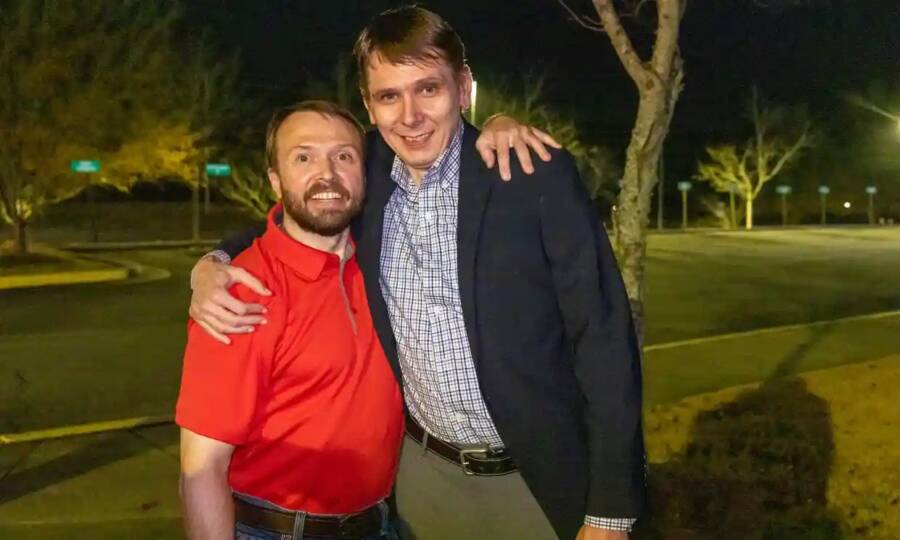 Georgia Innocence ProjectDarrell Lee Clark and Cain Joshua Storey are elated to be free and eager to start their lives.

While investigating the decades-old murder of 15-year-old Brian Bowling for their podcast, “Proof,” Susan Simpson and Jacinda Davis started to notice inconsistencies in the case. Their subsequent investigation revealed that the two men serving time for Bowling’s murder were innocent — and resulted in their release from prison after 25 years.

Thanks to their investigation — and legal work by the Georgia Innocence Project — last week, Darrell Lee Clark and Cain Joshua Storey left prison for the first time since their murder conviction in 1998.

“We found a case that the world had forgotten,” Simpson told the Washington Post. 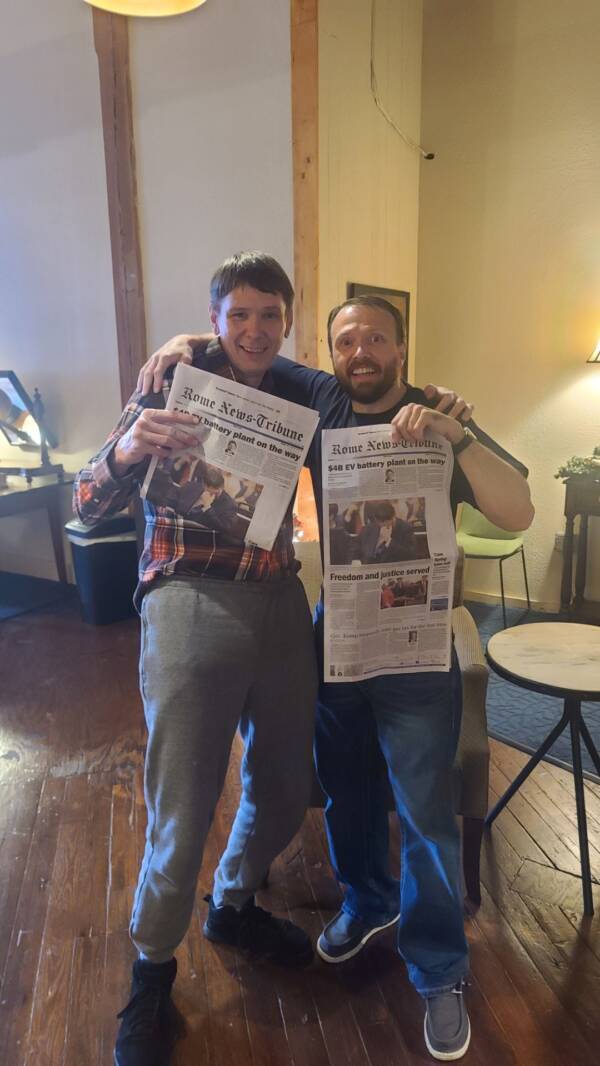 As CNN explains, Clark and Storey’s ordeal first began back in October 1996. Then, Storey brought a gun to his friend Bowling’s house near Rome, Georgia. As Bowling told his girlfriend over the phone that he was playing Russian Roulette with the gun, a shot suddenly rang out. Bowling was dead.

At first, Storey was charged with involuntary manslaughter. But as police investigated — with pressure from Bowling’s family — they concluded that Bowling had been murdered by Storey with help from Clark.

The police investigation hinged on two witnesses. According to the Georgia Innocence Project, a woman claimed that she had heard Clark and Storey talking about how they’d murdered Bowling because he knew too much about a petty theft they’d committed. And a man allegedly told police that he’d seen Clark fleeing from the scene after Bowling’s death.

This eyewitness testimony resulted in convictions of Clark and Storey, both 17 at the time, for murder and conspiracy to commit murder. They were sentenced to life in prison. But their story didn’t end there.

More than two decades later, their story was picked up by Simpson and Davis for their podcast, “Proof.” And as the two podcasters looked into the case, it became “clear that it just wasn’t adding up.” 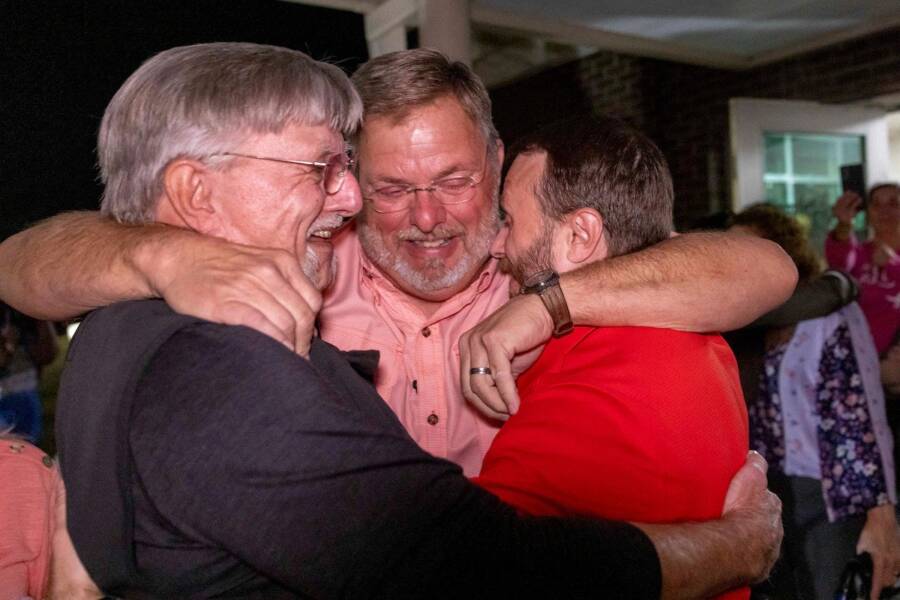 Simpson and Davis were able to interview the two witnesses whose testimony had resulted in Clark and Storey’s convictions. And they found that their stories had changed a great deal since 1998.

“It took us a long time to talk to both of those witnesses. The podcast was happening in almost real-time as an investigation,” Davis told CNN. “When we finally found and were able to talk to those two witnesses, it really solidified that both of these guys had been wrongly convicted.”

As The Guardian explains, the woman told the podcasters that police had coerced her testimony by threatening to take her children away. And the man, who had hearing and speech impairments, had been misunderstood — his testimony was about an unrelated shooting he’d witnessed in 1976.

As a result, Clark’s attorneys filed for a new trial. He and Storey — who accepted a plea deal for involuntary manslaughter — were subsequently released from prison. They’d each served 25 years of their life sentences. 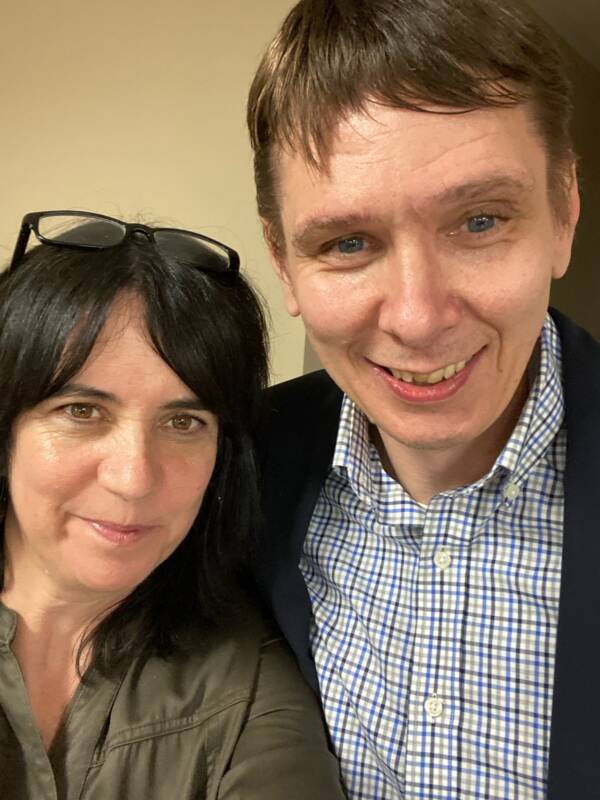 “It’s been surreal to say the least,” Storey told CNN, noting that he was afraid to go to sleep on his first night out of prison because he was worried it was all a dream. “I believe it’s going to be great. One step at a time. I never allowed my mind to get locked up all those years, anyhow.”

In a statement from the Georgia Innocence Project, Clark additionally said: “You never think something like that is going to happen to you. Never would I have thought I would spend more than half my life in prison, especially for something I didn’t do.”

Both men are looking forward to starting their lives anew. As the world has changed quite a bit since 1998, there’s a lot for them to catch up on. The Washington Post reports that when Davis and Simpson first reached out to Storey, he asked them: “What’s a podcast?”

After reading about the true crime podcast that helped free two wrongly convicted men from prison, see how Larry David inadvertently saved a man from prison after his show “Curb Your Enthusiasm” proved his innocence. Or, see how Matheau Moore appeared on a podcast to raise awareness about his wife’s disappearance — and then was charged with her murder.