The Story Of Irene Gut Opdyke, The Polish Nurse Who Saved Countless Jewish Lives During The Holocaust

Irene Gut Opdyke risked her life to smuggle food and travel permits to Polish Jews — and even hid 12 of them inside the home of a Nazi officer where she worked as a housekeeper. 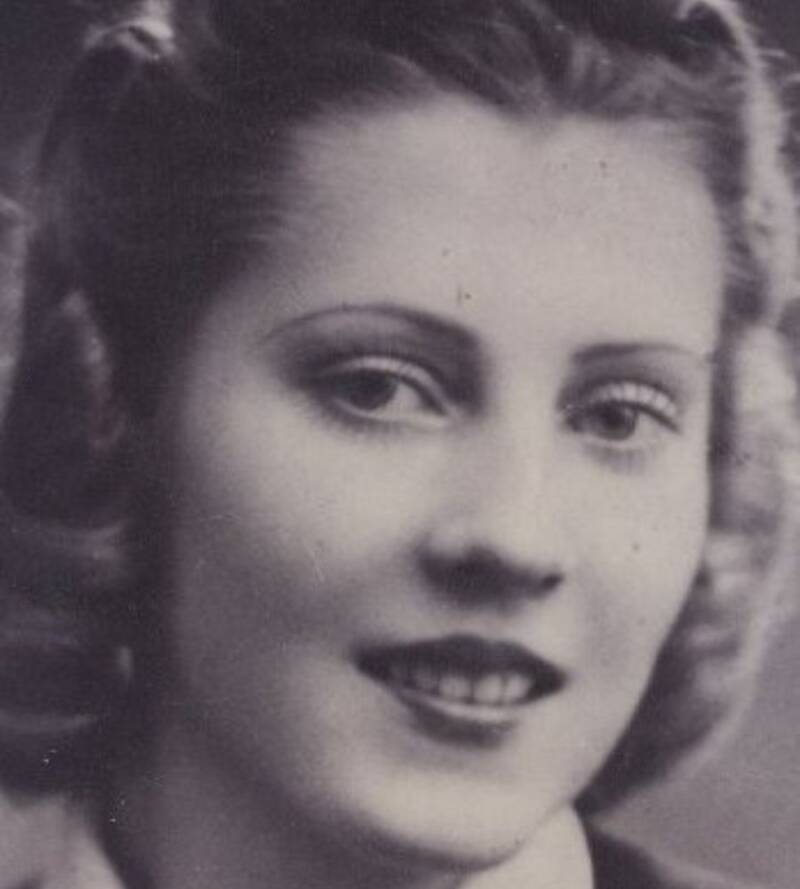 The American general William Tecumseh Sherman once stated that “war is hell.”

For Irene Gut Opdyke, that observation held true. During World War II, she endured sexual assault, multiple arrests, and brutal interrogations from both Nazi Germany and the USSR.

Despite all that trauma, however, Opdyke found the courage to save 12 Jews from the Nazis by hiding them where the Germans least suspected it — in a German major’s own villa.

As she later told her daughter, “When stuff like that happens, you don’t have time to think through what you are going to do. You’ve got to react.”

And Irene Gut Opdyke most certainly did react.

Irene Gut Opdyke was born in 1922 in a small village in Poland, according to the Zekelman Holocaust Center. At the age of 16, she began studying nursing. At 17, she was thrust into war.

In 1939, Opdyke joined the Polish Army with other nurses from her school. “It seemed unreal to me, as though I were only acting a part in a play,” she later wrote in her memoir, In My Hands. 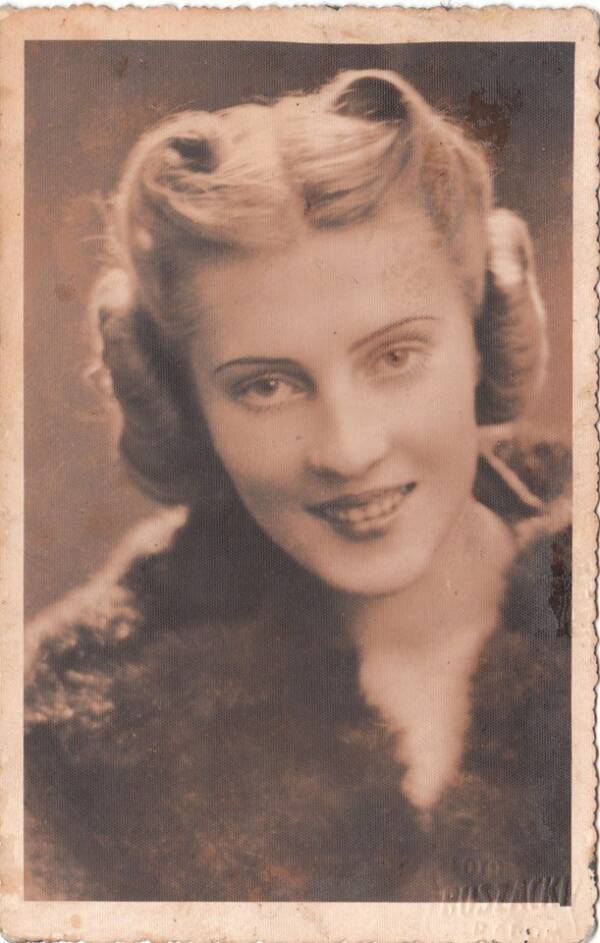 The Holocaust & Humanity Center/TwitterIrene Gut Opdyke made up her mind to help Jewish Holocaust victims after witnessing a Nazi soldier kill a Jewish infant.

That reality soon turned into a nightmare when she was captured by Russian soldiers who had invaded Poland. Opdyke was beaten, raped, and sent to work at a Soviet hospital. She remained there until a prisoner exchange allowed her to return to Poland.

Back in her Nazi-occupied home country, Irene Gut Opdyke began working in a munitions factory that supplied weapons to the German front. After fainting due to the fumes one day, she was allowed to move to the kitchens, where she served meals to German soldiers.

While running an errand for work one day, according to PBS, Opdyke witnessed an SS soldier violently throw a Jewish infant to the ground. At that moment, she decided she would help the Jewish people if the opportunity ever arose — and soon enough, it did.

Irene Gut Opdyke was soon transferred to the town of Tarnopol, where she continued serving meals to German officers. There, she became friends with 12 Jews who worked in the laundry room washing the soldiers’ clothes.

Opdyke started to overhear the officers talk about wiping out nearby Jewish ghettos. She warned her friends in the laundry room, who spread the news to their friends and relatives, allowing countless people to escape before their homes were destroyed.

She also began smuggling food into Jewish neighborhoods. “I knew it was a drop in the ocean, but I could not do nothing,” she later wrote. 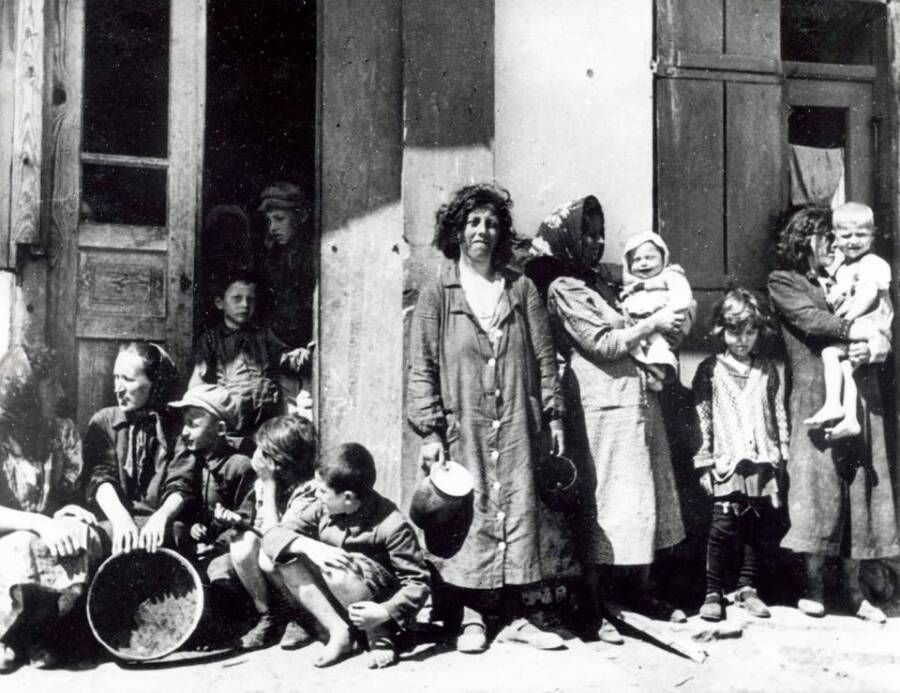 Wikimedia CommonsJews in the Lviv ghetto. 1941.

However, as the Nazis began to ramp up their “Final Solution,” Irene Gut Opdyke started taking bolder action, as well. In 1943, she helped six Jews escape into a nearby forest by utilizing a pass from the German major she worked for, Eduard Rügemer, and hiding them in a wagon until they reached safety.

Later that year, Opdyke overheard plans for Tarnopol to finally become “Judenfrei” — free of Jews. “I knew this meant my friends in the laundry room would be killed,” she said, according to PBS. “I didn’t know what to do.”

In a stroke of luck and at just the right time, Major Rügemer asked Opdyke if she would start working as the housekeeper in his villa. She eagerly accepted — and decided she would bring her Jewish friends from the laundry room with her.

When Major Rügemer invited Opdyke to live with him as his housekeeper, she later recalled, “I knew then that could be the place I would hide the Jews.” She sneaked her friends into Rügemer’s home, hiding them in both the cellar and the attic so the major wouldn’t discover them.

To make matters more desperate, one of the Jewish couples hiding in the home discovered they were expecting a baby. They told Opdyke they would give the child up to avoid detection, but she told them not to fret. “We’ll see — you’ll be free,” she told them. 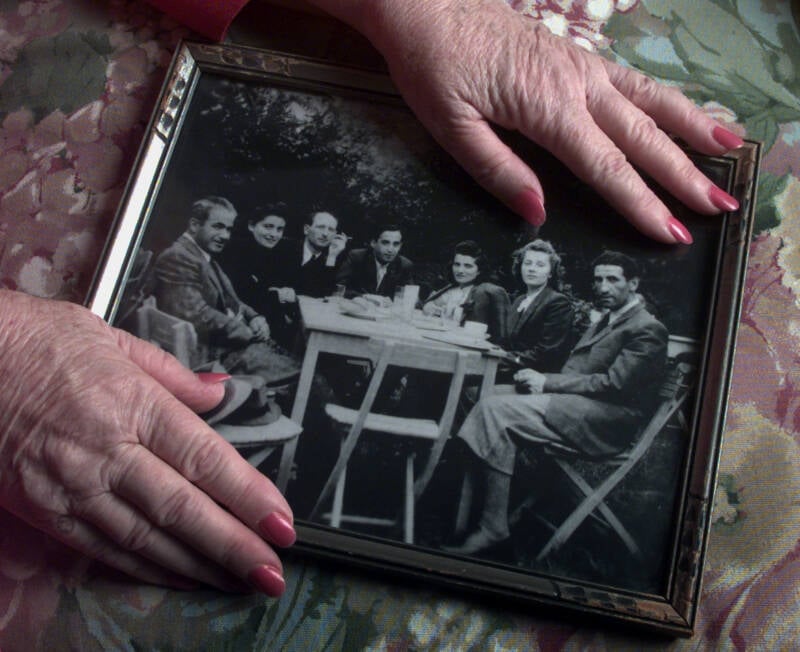 Kari Rene Hall/Los Angeles Times via Getty ImagesIrene Gut Opdyke holds a photograph of seven of the Jewish people she saved during the Holocaust.

After hiding her friends successfully for nearly nine months, Opdyke forgot to lock a door one day, and Major Rügemer discovered the Jewish refugees in his home. “I trusted you. How could you do this behind my back, in my own house?” he screamed. Opdyke begged him not to tell anyone, and he agreed — on the condition that she become his mistress.

“I won’t tell you it was easy,” Irene Gut Opdyke later said. “But I knew there were 12 lives depending on me.”

Soon after the discovery of the Jewish fugitives, Soviet forces began advancing toward Tarnopol. The Nazis were losing the war, and German forces started retreating. Opdyke and all 12 of her Jewish friends were able to flee into a nearby forest — and the pregnant Jewish couple welcomed a healthy baby.

“On May 4, 1944, a little boy was born in freedom!” Opdyke fondly remembered. “That was my payment for whatever hell I went through.”

Irene Gut Opdyke had saved more than just 12 lives with her heroism.

She immigrated to the United States in 1949, where she learned just how much of an impact she’d truly had on the Holocaust victims she helped. One day, a man she didn’t recognize came up to her in New York and said, “Irene, you don’t remember me, but you brought me shoes in the forest.”

Opdyke married a man named William Opdyke and raised a daughter, living a quiet life for many years. Then, in 1974, she heard a Holocaust denier speak and became enraged. 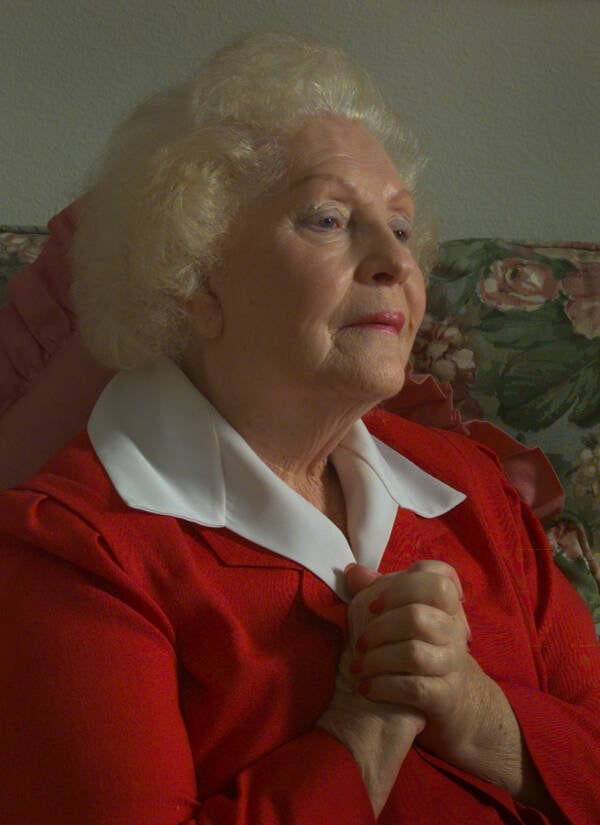 “I think another Holocaust could happen if we don’t mingle together to try to understand one another and not be ignorant,” Opdyke said. “It’s my duty to tell the truth about what I saw.”

So she began to travel across the country, telling her story. “She became a moral compass to tens of thousands of children,” Rabbi Haim Asa said upon her death in 2003, as reported by the Los Angeles Times.

Even though Irene Gut Opdyke died almost 20 years ago, her story lives on. Her daughter Jeannie Smith maintains a website in her memory and continues to speak about her mother’s heroism.

As Smith said when her mother died, “Her biggest fear was that people wouldn’t understand what she was saying. But she was amazing… and her story always got through.”

After learning about Irene Gut Opdyke’s heroism, read about three other people who risked their lives to save Jews from the Holocaust: Corrie ten Boom, Chiune Sugihara, and Wilm Hosenfeld.