Andrew Greenbaum made a fortune off numerous spam email campaigns before fleeing the United States in 2005 to avoid a $12.8-million lawsuit. Until recently, his whereabouts remained unknown. 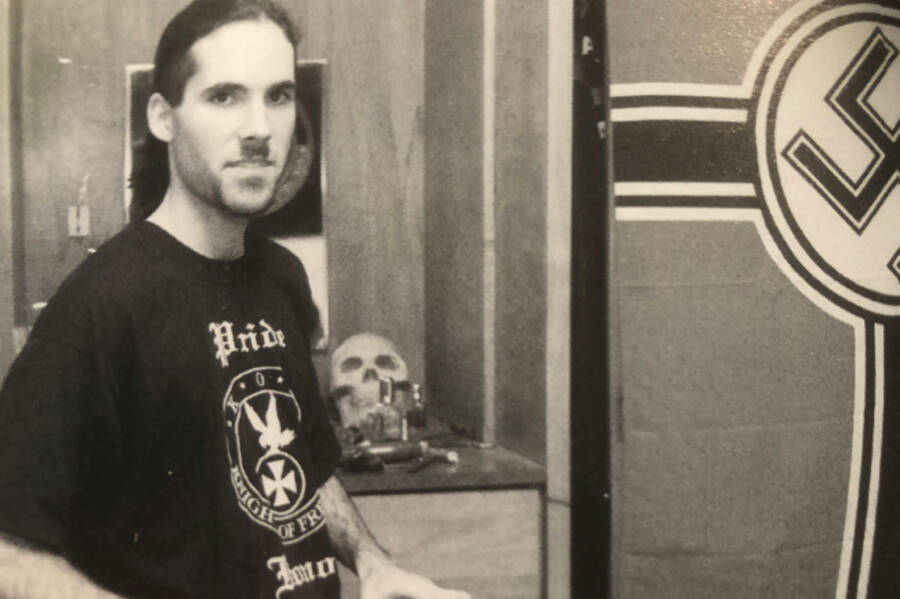 Spam Kings/O’Reilly MediaAndrew Greenbaum was bullied for being Jewish as a child and so changed his name to Davis Hawke and became a white supremacist.

A corpse that was found incinerated in an SUV three years ago has just been confirmed to be a 38-year-old Jewish neo-Nazi named Davis Wolfgang Hawke, who ran a spam email empire that led to a $12.8-million lawsuit.

Hawke was a college drop-out who found riches curating lucrative scams online until his corpse was found on the Cheekye Forest Road of Squamish, British Columbia on June 14, 2017. An autopsy later showed that Hawke had first been shot dead before being burnt. However, it took investigators three years to positively identify him due to the myriad aliases he had.

Indeed, according to CBC, Hawke is actually an alias for Andrew Greenbaum, who changed his identity after suffering years of bully for being Jewish and reinvented himself as a staunch neo-Nazi. Hawke also went by “Jesse James” among rock climbers in the B.C. area.

But Greenbaum’s twisted case is far from solved and is still baffling investigators. Because the Integrated Homicide Investigation Team (IHIT) in Canada knew Hawke only by his alias Jesse James, they would never have been able to identify his corpse without the work of an investigative journalist named Brian McWilliams. 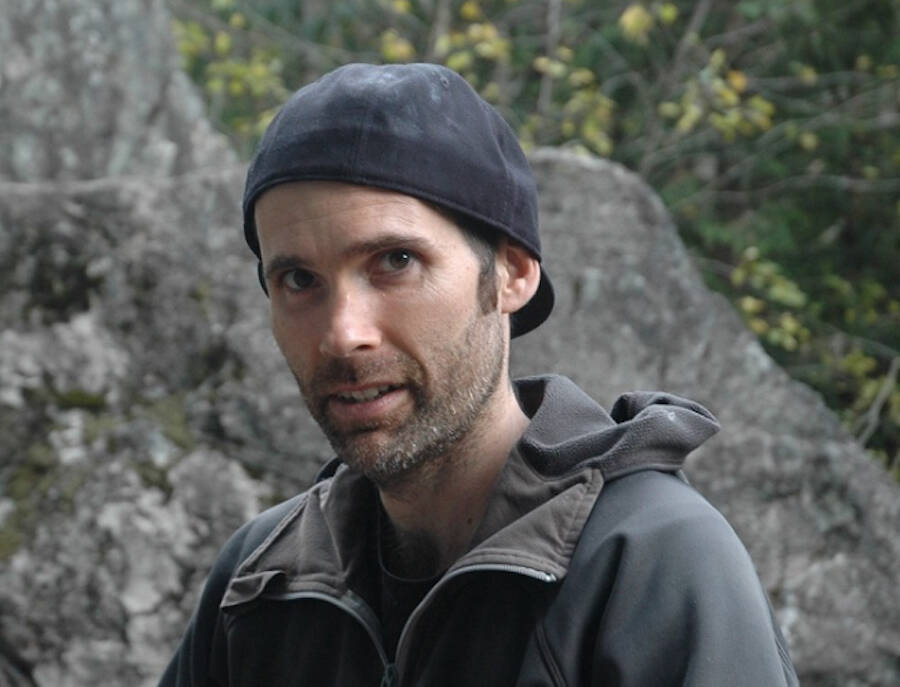 McWilliams, who authored the book Spam Kings, spent years tracking Greenbaum down and eventually managed to get an interview with his family. What he learned was astonishing.

According to Greenbaum’s family, before becoming a master scammer, he was a chess prodigy growing up in an upper-class Boston neighborhood. But he was routinely bullied for being Jewish.

“At some point, he just became infatuated with this white supremacy notion,” said McWilliams. “He brought that mentality of everybody being inferior to him into the rest of his life.”

Greenbaum eventually began hawking loans and pornography as well as selling prescription drugs and jewelry through online scams. He then changed his name to Davis Wolfgang Hawke and rejected his Jewish background in favor of joining the extreme right.

As Hawke, he even managed to organize an anti-government march on Washington, D.C. in 1999. While it failed to do anything more than draw some attention, outlets like The New York Times still covered the demonstration. 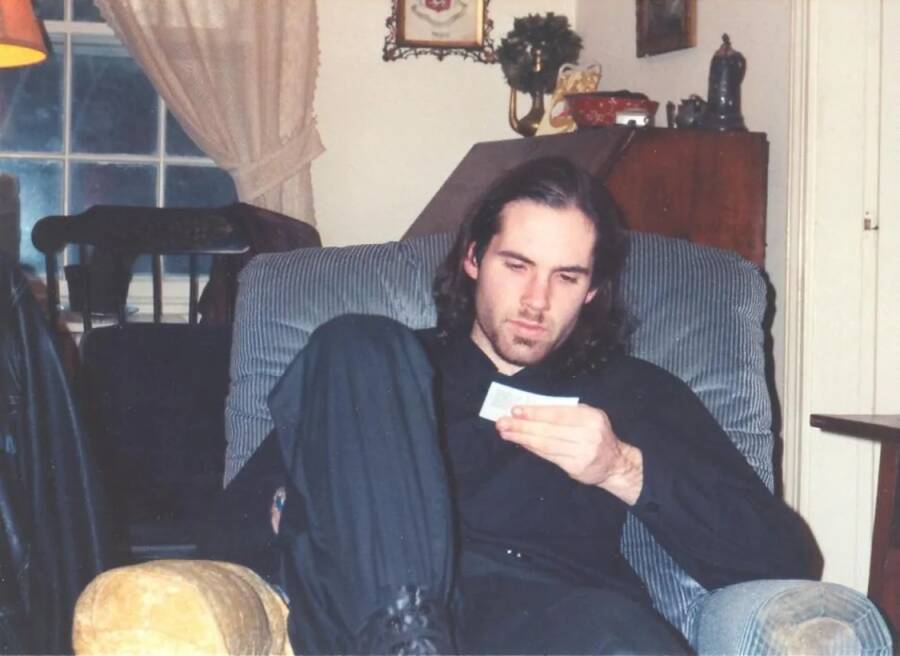 FacebookHawke purportedly buried gold and platinum worth hundreds of thousands of dollars on his relatives’ properties before escaping the U.S.

“That’s when he really got into the spamming,” his father Hyman Greenbaum told The Squamish Chief. “And he made quite a bit of money spamming.” Indeed, when he started his campaign, Greenbaum casually bragged about making upwards of $300,000 per year.

The so-called “Spam King” reportedly grew more paranoid with his riches and began traveling with half-wolf dogs on a regular basis. He was nomadic but actively pursued risk-taking endeavors like climbing and various other thrills.

“It doesn’t surprise me that this guy died in an inglorious and maybe a violent way,” said McWilliams. “He was always living on the edge.”

Greenbaum managed to trick strangers into sending him money over the internet until 2005 when internet company AOL won a $12.8-million judgment in federal court against him for sending unwanted spam to its customers.

AOL even won a court order to dig up properties owned by Greenbaum’s relatives because he once boasted about having buried gold and platinum in their yards. Unfortunately for AOL, those riches were never found — and Greenbaum never showed up to trial. 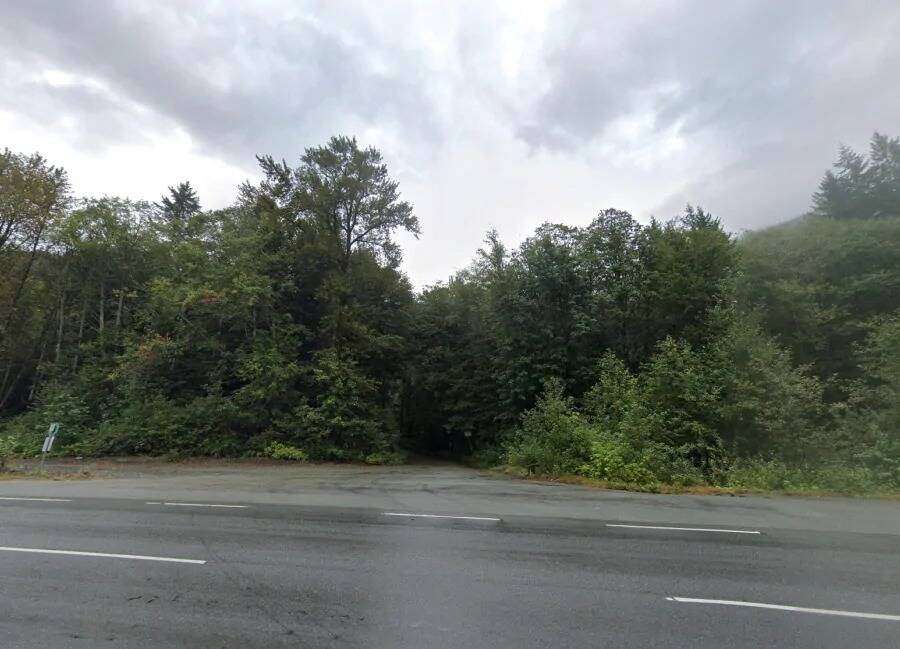 Google Street ViewThe entrance to the Cheekye Forest Road in Squamish, B.C. where Greenbaum was found shot dead inside an abandoned and burnt SUV on June 14, 2017.

“He didn’t want to settle the lawsuit,” said Hyman Greenbaum, “so he told me he was going to hide his assets and disappear, which he did. And even though I tried tracking him down through the internet and other sources, I had no success at doing so.”

It was only days ago that lawyers involved in the AOL case revealed that they too had been hunting Greenbaum for years. They discovered that he had fled the U.S. and escaped to Belize aboard various fishing trawlers, but unable to catch him, the arrest warrant expired and their search ended.

Some time around 2010, however, Greenbaum arrived in Squamish, Canada where he took up the alias “Jesse James” and became an avid rock climber. As Jesse James, Greenbaum was a vegan with aspirations of opening a coffee shop and apparently had no fascist aspirations.

Greenbaum’s uncle Raleigh Davis said that his death offered a semblance of closure for the family after suffering 15 years of confusion around his whereabouts.

As for the extensive assets he purportedly converted to gold and then buried, their whereabouts remain a mystery. His father, meanwhile, guesses that he may have put it into bitcoin.

“He was a con man,” said McWilliams. “He felt that he could convince anybody to buy herbal Viagra, just writing some clever email text. This guy was super intelligent and thought there was a sucker born every minute — and he was real good at finding them.”

In the end, it seems Greenbaum overextended himself. From suckering strangers online to spreading fascist propaganda and evading U.S. authorities for decades, his actions caught up with him. But what exactly led to his violent end in Canada is still unclear.

After learning about the neo-Nazi “Spam King” whose body was found shot dead in a burnt SUV, read about the teen killer who was caught after posting a Facebook selfie with the murder weapon. Then, learn about the Nazi klansman who killed himself after his Jewish identity was publicized.