Dawn Brancheau was killed while performing with an orca named Tillikum in Orlando on February 24, 2010 — and SeaWorld never allowed humans into tanks with killer whales ever again. 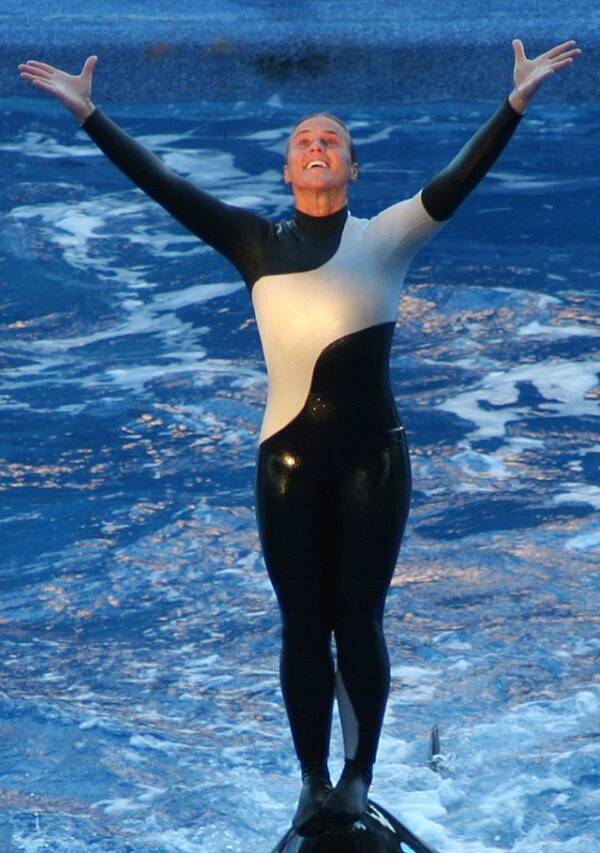 Ed Schipul/Wikimedia CommonsSeaWorld animal trainer Dawn Brancheau was tragically killed by an orca during a show in 2010.

Dawn Brancheau worked at SeaWorld in Orlando, Florida, for many years. In her time there, she became a beloved trainer, and her shows with world-famous orcas brought millions of dollars into the park. But on Feb. 24, 2010, she was killed in a rare, and unprovoked, attack by one of the orcas she’d loved so much.

Brancheau’s death forever changed the way theme parks handle wild sea animals, and was the subject of the award-winning documentary Blackfish. This is the tragic true story of Dawn Brancheau, whose death sparked a revolution.

Born Dawn Therese LoVerde and raised in Indiana, Brancheau decided early on that she was going to work with orcas. The youngest of six children, she first saw Shamu — perhaps the most infamous killer whale in captivity — when her parents took her on vacation to SeaWorld in Orlando when she was 10 years old.

“I remember walking down the aisle [of Shamu Stadium] and telling my mom, ‘This is what I want to do,’ ” she told the Orlando Sentinel in 2006. “It was her dream to do it,” said Marion Loverde, Brancheau’s mother. “She loved her job.”

But before she started down the path that would lead her to her dream job, she graduated from the University of South Carolina with a dual degree in psychology and animal behavior. In 1994, she began working with otters and sea lions at Six Flags theme parks, before transferring to SeaWorld in 1996. That same year, she married Scott Brancheau, a SeaWorld stunt skier, and began working with the orcas she loved so much.

It wasn’t long before Dawn Brancheau became the face of SeaWorld. Her likeness was plastered on advertisements and billboards, and she was instrumental in revamping the Shamu show. For many years, Brancheau was frequently paired with orcas and would perform various stunts with and alongside them.

Although Brancheau was well aware of the potential danger that came with working with orcas, she also knew that orcas don’t attack humans in the wild, and attacks on humans in captivity were very rare.

“Orcas are very curious, highly intelligent, and really social animals,” said Karl McLeod from Australia’s Department of Conservation. “So it’s unsurprising that we have a number of encounters around the country, divers fishermen and stuff like that.”

The Horrific Death Of Dawn Brancheau 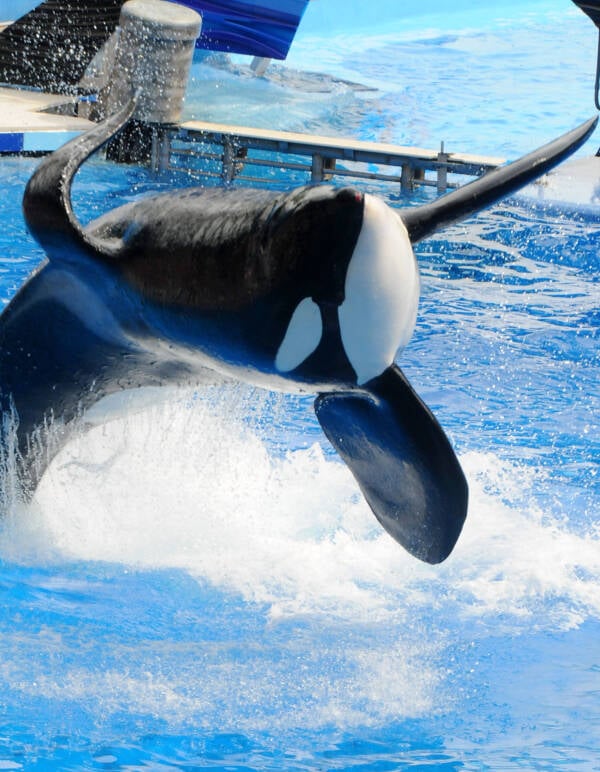 Unfortunately, love wasn’t enough to save her. On the day in question, Tilikum and Brancheau were performing at the “Dining with Shamu” show at SeaWorld, where guests enjoyed open-air dining with a live killer whale show.

According to the testimony given by witnesses, Tilikum grabbed her by her ponytail, pulled her into the pull, and began swinging her underwater in his mouth. Other witnesses, however, claimed that she got pulled into the pool by her arm, or by her shoulder.

Whichever part of Brancheu Tilikum grabbed, however, had the same end result: The trainer was pulled into the pool quickly and violently, drowning her.

Worse still, the whale’s jerking motions resulted in Brancheau’s jaw being fractured, her ear, knee, and arm being dislocated, and her vertebrae and ribs being snapped. The coroner also determined that Brancheau’s spinal cord had been severed in the attack, and her scalp was completely removed from her head.

Dawn Brancheau was only 40 years old. She was buried at the Holy Sepulchre Cemetery just outside Chicago, Illinois.

The Legacy Of Dawn Bracheau’s Death

From the day of Dawn Brancheau’s freak accident, no SeaWorld trainer ever again entered a pool with orcas. Shortly after she was buried, SeaWorld enforced the moratorium — which was subsequently permanently enforced by OSHA. The federal worker safety agency had been trying unsuccessfully for years to get SeaWorld to comply with more rigorous protocols.

In 2013, the documentary Blackfish was released. Focused heavily on the death of Dawn Brancheau, the film also shed light on the treacherous conditions faced by orcas in captivity.

In addition to winning several awards, Blackfish started a national conversation surrounding conservation and captivity and was credited with SeaWorld’s “recalibration” on how it treats the animals in its care.

In 2016, SeaWorld announced it would stop breeding orcas in captivity, and many of the park’s theatrical shows featuring orcas have been subsequently retired or completely eliminated.

The few remaining orca displays more closely resemble their natural behavior in the Pacific Northwest, where orcas are normally found in the wild, and no interaction between humans and orcas is permitted.

SeaWorld has also pledged to no longer receive orcas that were caught in captivity, and their focus is now on conservation and rehabilitation of the orcas in their care.

As for Dawn Brancheau, her family would prefer to focus on how she lived, rather than how she died. In 2016, her family created an eponymous foundation in her honor. Its mission, they said, is “dedicated to improving the lives of children and animals in need, inspiring others to follow their dreams, and promoting the importance of community service.”