Archaeologists believe that the vessel sank sometime in the 19th century when ships were as prevalent as "Amazon trucks." 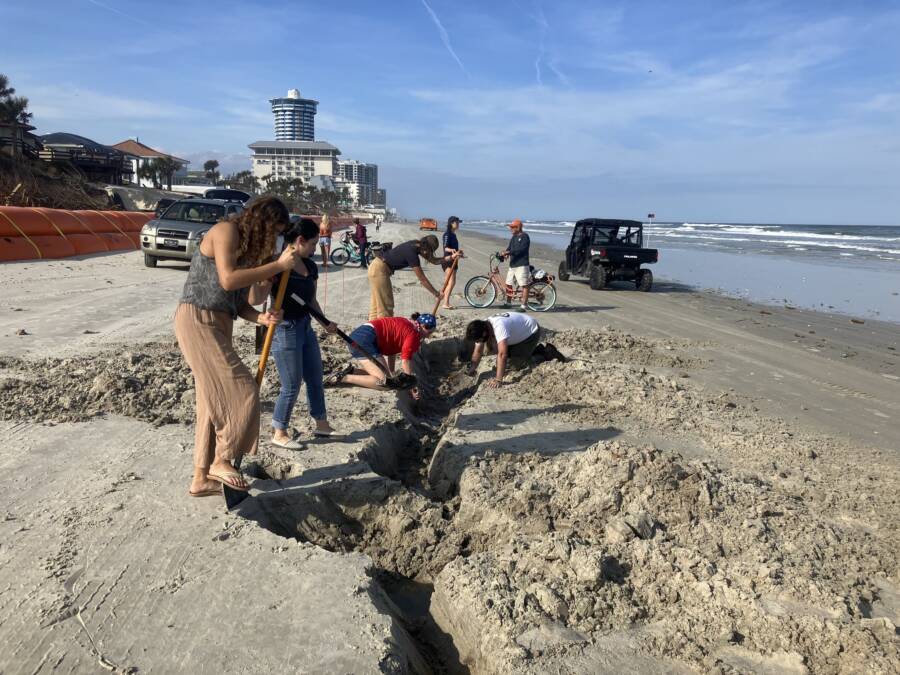 St. Augustine Lighthouse & Museum/FacebookArchaeologists work to examine the shipwreck, which appeared in Florida around Thanksgiving 2022.

After two hurricanes battered a beach at Daytona Beach Shores in Florida, local residents started to notice wooden structures poking out from the sand. Now, archaeologists have announced that they believe the storms revealed a lost 19th-century shipwreck.

“Whenever you find a shipwreck on the beach it’s really an amazing occurrence,” maritime archaeologist Chuck Meide of St. Augustine Lighthouse & Museum, who led the team examining the wreck, told the Associated Press. “There’s this mystery, you know. It’s not there one day, and it’s there the next day, so it really captivates the imagination.”

As the Associated Press explains, beachgoers first noted the wooden structure around Thanksgiving weekend. It appeared to be between 80 and 100 feet long and around 25 feet wide and had been apparently revealed after Hurricane Ian and Hurricane Nicole eroded sand on the beach.

At first, no one was sure what to make of the structure. The New York Times reports that people hypothesized that it could be anything from an old pier to spectator seating from when NASCAR held races on the beach.

But after Meide and his team of archaeologists investigated the cluster of wood, they determined that it was a shipwreck. 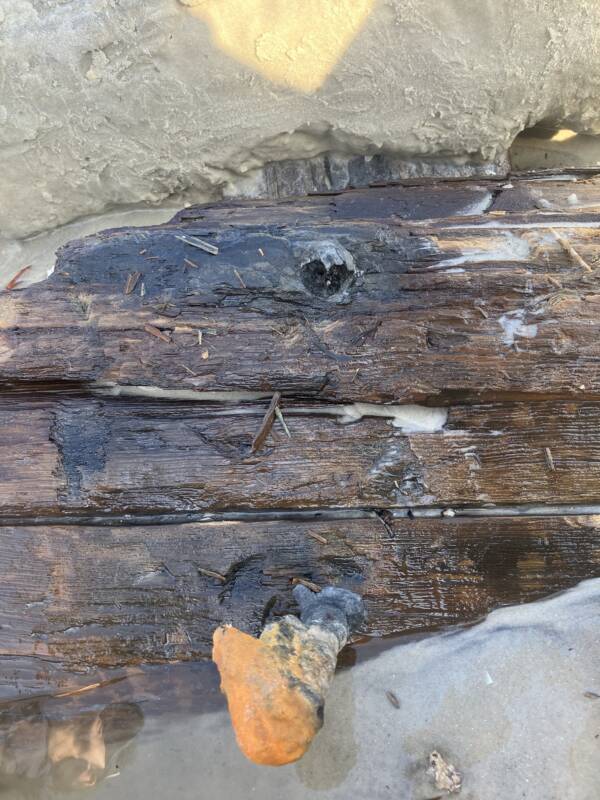 St. Augustine Lighthouse & Museum/FacebookThe archaeologists found that the ship was held together with wood pegs and iron — or brass — fasteners.

“I can tell you definitively that it is a shipwreck,” Meide told NBC News.”We’re finding frames — or ribs — of the vessel, we’re finding steeling planking, which is the interior planking… down on the bottom of the cargo hold.”

He added: “It’s more likely to date to the 1800s than any other century because there’s just so many more ships sailing in the 1800s.”

Another archaeologist on site, Christopher McCarron, compared 19th-century shipping to Amazon. He told Fox 35 Orlando, “Imagine as many Amazon trucks that you see on the roads today, this was the equivalent in the 1800s.”

But the archaeologists aren’t sure what the ship was carrying when it sank.

Without artifacts, the archaeologists can only guess about where the ship was built, what the ship was transporting, and where it was going.

“Sometimes you can make the connection between what was being transported and what was being built at the time,” McCarron told Fox 35 Orlando. “It’s too early to say unfortunately. We’re having a fight to tide.”

He added: “That’s where those diagnostic artifacts identifiers come in handy, to help us narrow down potential areas. Unfortunate for this particular wreck, we might not have that information still left.” 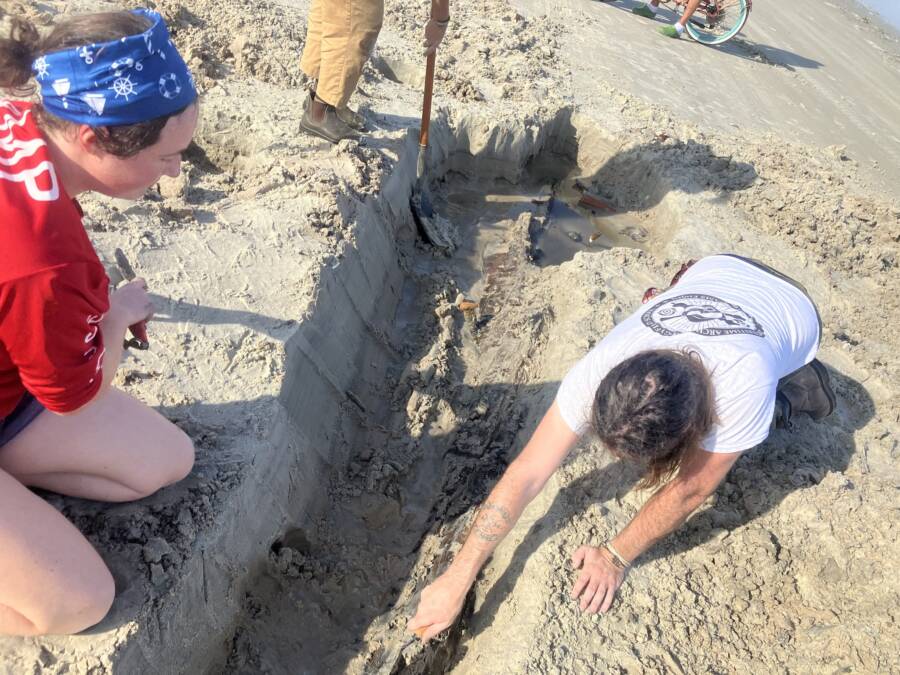 St. Augustine Lighthouse & Museum/FacebookWithout artifacts, there are still many questions about the ship’s provenance, destination, and cargo.

Despite the questions that remain about the shipwreck, the discovery has thrilled locals living near Daytona Beach Shores.

“If something good could come out of those two horrible hurricanes we had, I’ll take it — and it’s history,” Dean Coleman told WESH 2.

Barry Chantler seconded him, saying: “I love history and something that’s not been discovered is almost like finding history for the first time, which I think it is. It’s just exciting when you are going out to the beach and unexpectedly there’s this shipwreck, this relic of the past.”

For now, the Associated Press reports that there are no plans to fully excavate the shipwreck from the sand. Not only would that cost millions of dollars, but it would likely damage the wreck itself. Instead, archaeologists will measure it, draw it, and take wood samples for further study.

In any case, Meide explained that the wet sand is the best place for the wreck, since it will keep it in one place and protect it from the elements.

“We will let Mother Nature bury the wreck,” he told the Associated Press. “That will help preserve it. As long as that hull is in the dark and wet, it will last a very long time, hundreds of more years.”

In fact, sand has already started to cover the wreck. Soon, it will slip beneath the beach again, just as it slipped beneath the waves centuries ago.

After reading about the wooden structures in Florida revealed to be a 19th-century shipwreck, discover the stories of some of the most famous shipwrecks from human history. Or, see how archaeologists determined that timber found in Oregon was really part of the “Beeswax Shipwreck,” which may have inspired Steven Spielberg’s ‘The Goonies.’