The thylacine died in 1936 at the Beaumaris Zoo in Hobart, Tasmania, but zoo records failed to document the whereabouts of the tiger's remains, leading many experts to fear they had been lost forever. 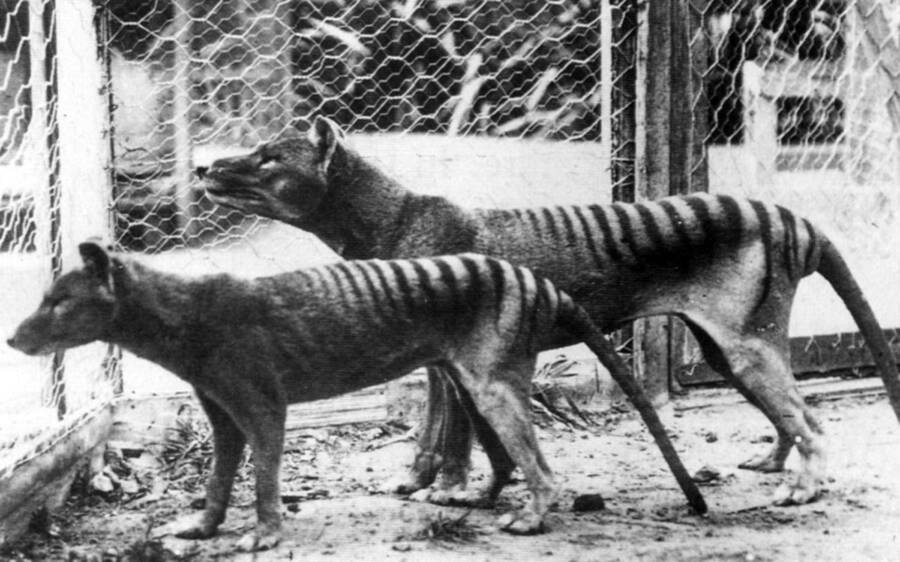 For decades, experts have been searching for the lost remains of the last-known Tasmanian tiger, and finally, their search has come to an end. It was recently discovered that the thylacine’s remains had been stored at an Australian museum all along.

“For years, many museum curators and researchers searched for its remains without success,” scientist and author Robert Paddle said, according to The Guardian. “No thylacine material dating from 1936 had been recorded in the zoological collection, and so it was assumed its body had been discarded.”

But while searching through the museum’s taxidermist’s annual report from 1936/37, Paddle and the curator of vertebrate zoology at the Tasmanian Museum and Art Gallery (TMAG), Dr. Kathryn Medlock, found that the thylacine was indeed among the specimens that had been worked on that year.

“We tried to work out which specimens we could trace to something. There was just a skeleton and flat skin left over,” Medlock said.

As it turned out, when the female marsupial died in September 1936, its remains were immediately handed over to the museum, where it was preserved for educational purposes — not for research. As a result, it was never properly cataloged and remained hidden in storage.

According to Smithsonian magazine the museum’s taxidermist at the time, William Cunningham, had indeed skinned the thylacine and tanned its hide so that it could be easily transported to schools for demonstrations.

Likewise, the thylacine’s skeleton was broken apart, and its bones were placed on a series of five educational cards, which they still sat on when Paddle and Medlock uncovered them. The bones and skin have since been put on display in the museum’s thylacine gallery.

For quite some time, a Tasmanian tiger called Benjamin — which was not the name given to him by zoo staff — who was photographed often while being held in captivity at the Beaumaris Zoo, was widely believed to be the last thylacine. New research, however, found that there had been a female of the species that outlived Benjamin — and her remains were the ones that had long eluded researchers. 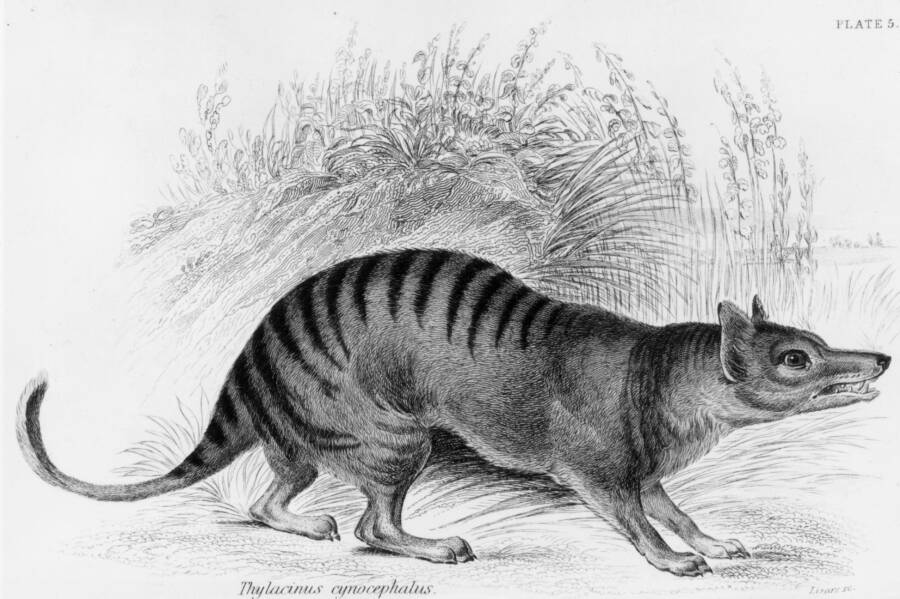 Hulton Archive/Getty ImagesThylacines, or Thylacinus cynocephalus, were hunted down by European colonizers who wrongly assumed the marsupials were hunting their livestock.

She was an old female, captured in 1936 by a trapper named Elias Churchill. Churchill sold the thylacine to the zoo, but Paddle said the sale was never recorded because, “at the time, ground-based snaring was illegal and Churchill could have been fined.”

The female thylacine only lived for a few months after the sale before dying of exposure. Her body was then gifted to the museum, where it was unwittingly used in educational demonstrations.

“It is bittersweet that the mystery surrounding the remains of the last thylacine has been solved,” said the museum’s director Mary Mulcahy. “Our thylacine collection at TMAG is very precious and is held in high regard by researchers.”

In the early 1800s, when European settlers first began to colonize regions of the South Pacific, roughly 5,000 thylacines still lived in Tasmania. At the time, they were the largest marsupial carnivores on the planet — and relatively shy ones at that. For the most part, Tasmanian tigers avoided humans.

Yet the colonizers feared — and incorrectly assumed — that the thylacines were preying on their livestock, and so they put out bounties for the creatures and hunted them down en masse. Naturally, this was a major cause of the species’ eventual extinction.

“Most new settlers didn’t really value Australian wildlife. They were just seen as pests to whatever commodity those settlers were trying to cultivate,” said conservation biologist John Woinarski. “It was all about short-term benefit and profit. I’m sure that most people didn’t think that a bounty on thylacines would result in their extinction, and even if they did, I don’t think that would have been an undesirable outcome for them.”

This discovery also comes not long after the genetics start-up Colossal Biosciences — the same company that, last year, announced they were going to try and bring the woolly mammoth back from extinction — announced plans to de-extinct the Tasmanian tiger, Smithsonian reports.

The ambitious plan also involves later re-introducing thylacines back into the Tasmanian ecosystem, but the project has proved controversial, with some researchers referring to it as “a fairy tale science.”

“It’s pretty clear to people like me that thylacine or mammoth de-extinction is more about media attention for the scientists and less about doing serious science,” said Jeremy Austin, an evolutionary biologist from the Australian Center for Ancient DNA.

Time will tell if Colossal’s ambitious project comes to fruition, but for now, at least one mystery surrounding the thylacine has been put to rest.

After reading about the recovered remains of this Tasmanian animal, read the story of the seven Tasmanian devils born on mainland Australia for the first time in 3,000 years. Or, read about the oldest human remains in the Americas — that were likely lost in a fire.