A team of scientists recently explored Australia's deep sea — here's what they found. 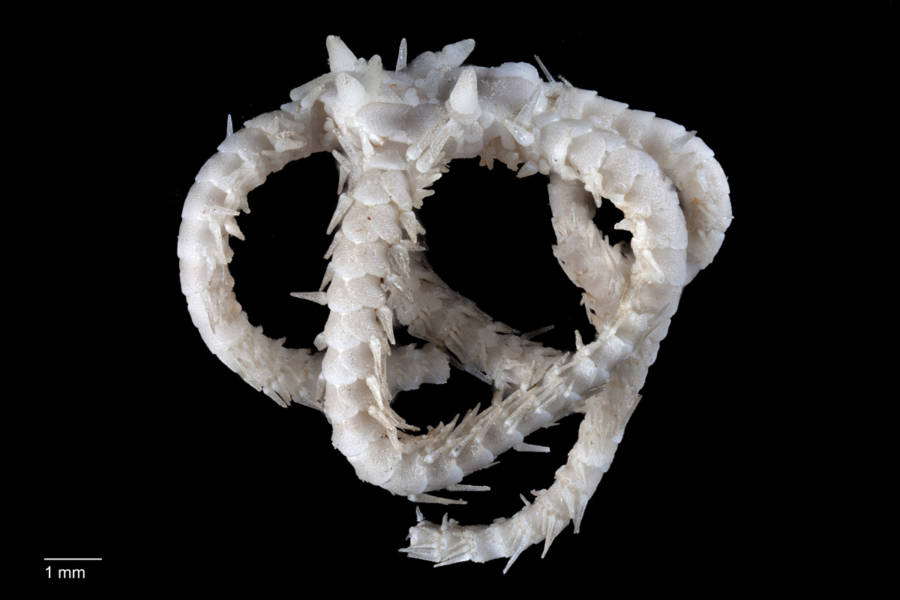 In May, 40 scientists from seven countries set off aboard The Investigator to explore a part of the world no one has ever glimpsed before: the dark and freezing abyss 14,000 feet below the ocean’s surface.

“The abyss is the largest and deepest habitat on the planet, covering half of the world’s oceans and one third of Australia’s territory, but it remains the most unexplored environment on Earth,” Dr. Tim O’Hara, the mission’s chief scientist, said before the ship’s departure. “We know that abyssal animals have been around for at least 40 million years, but until recently only a handful of samples had been collected from Australia’s abyss.”

Now a month later, the team has returned and looking at their findings, you might think they had traveled on a rocket ship rather than a boat.

About a third of their catches had never been seen by human eyes before.

“It is really a voyage of discovery,” O’Hara said. “It’s kind of amazing in the 21st century that you can still do that, but yes you can!”

You can be among the first to check them out here: 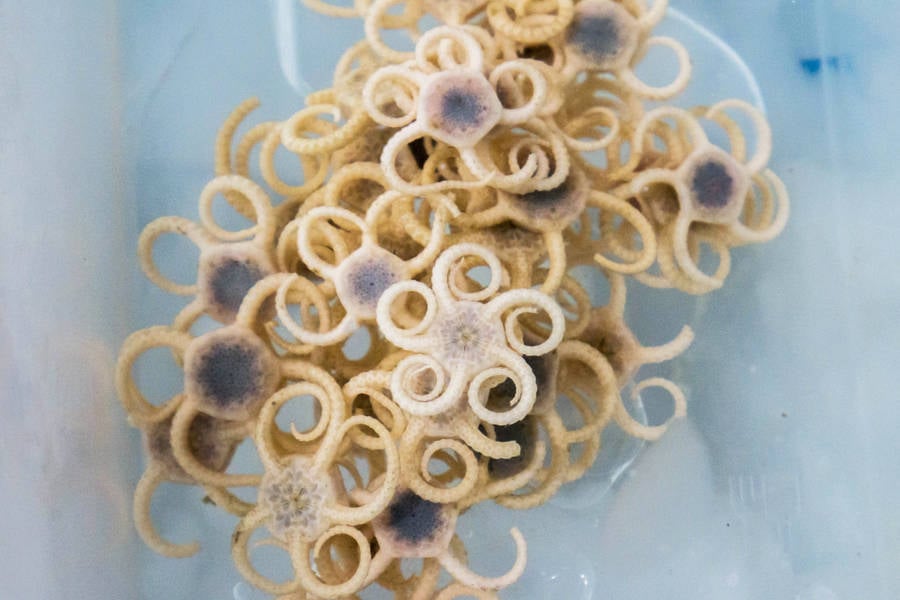 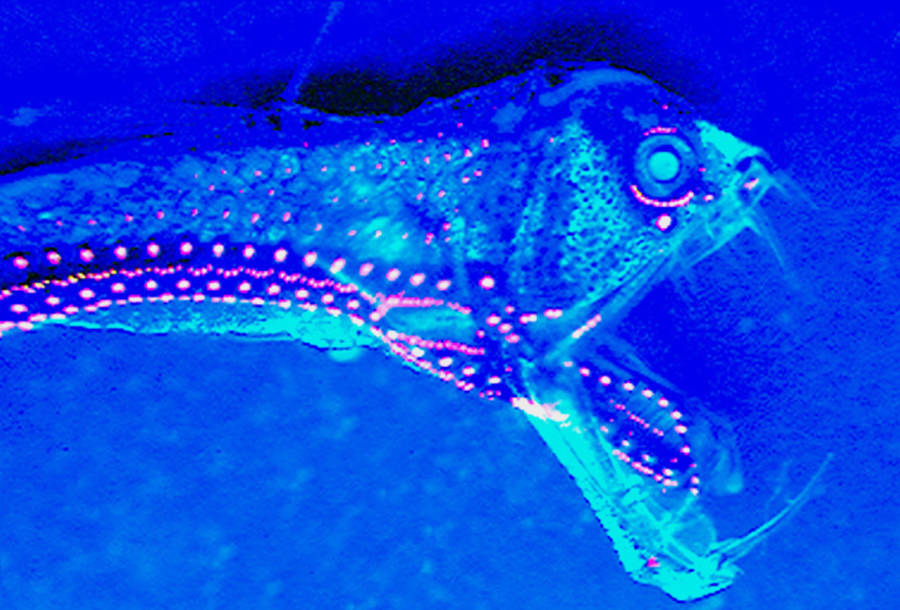 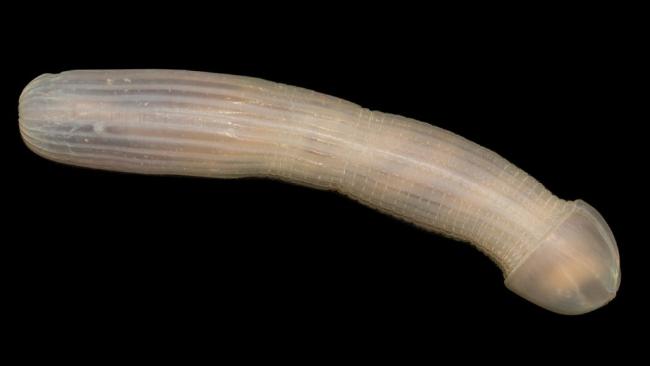 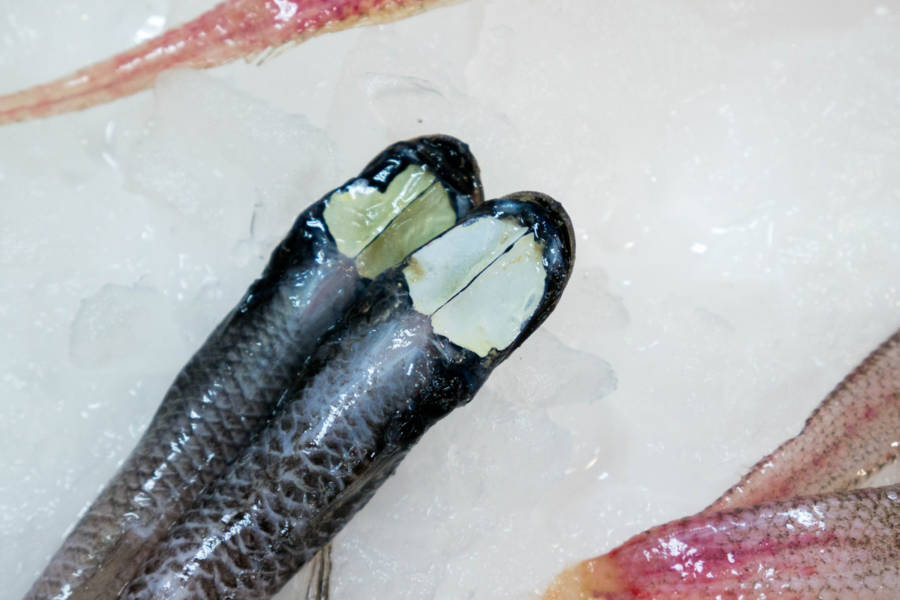 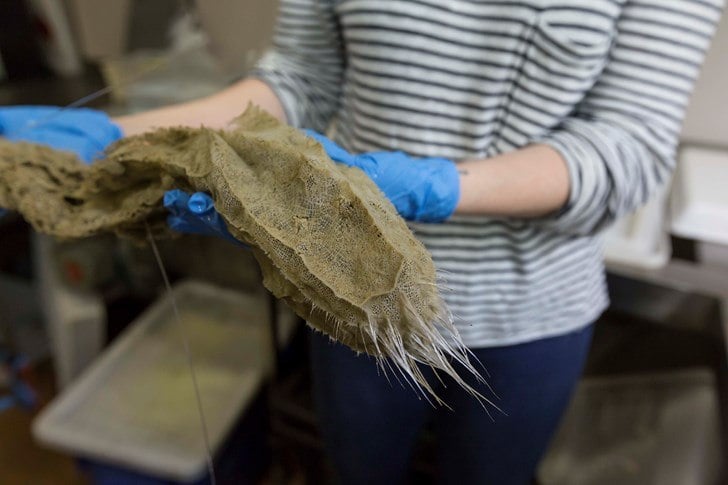 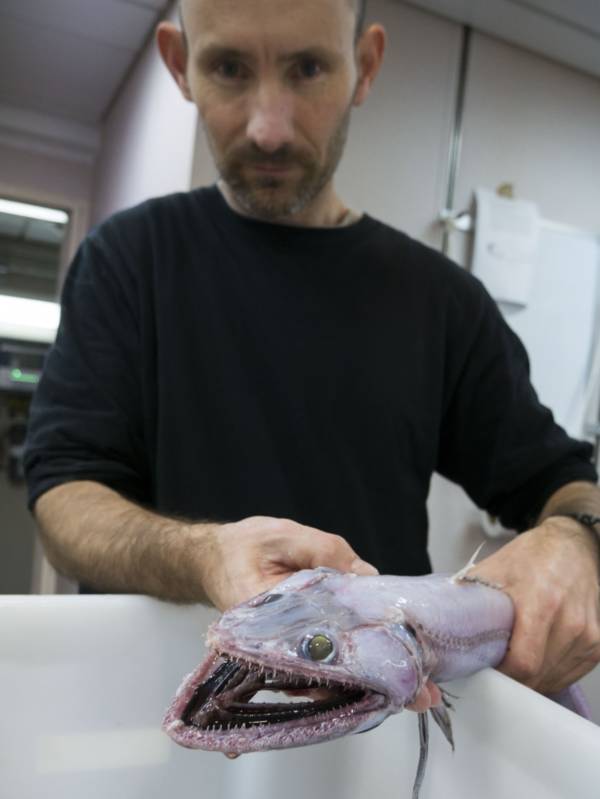 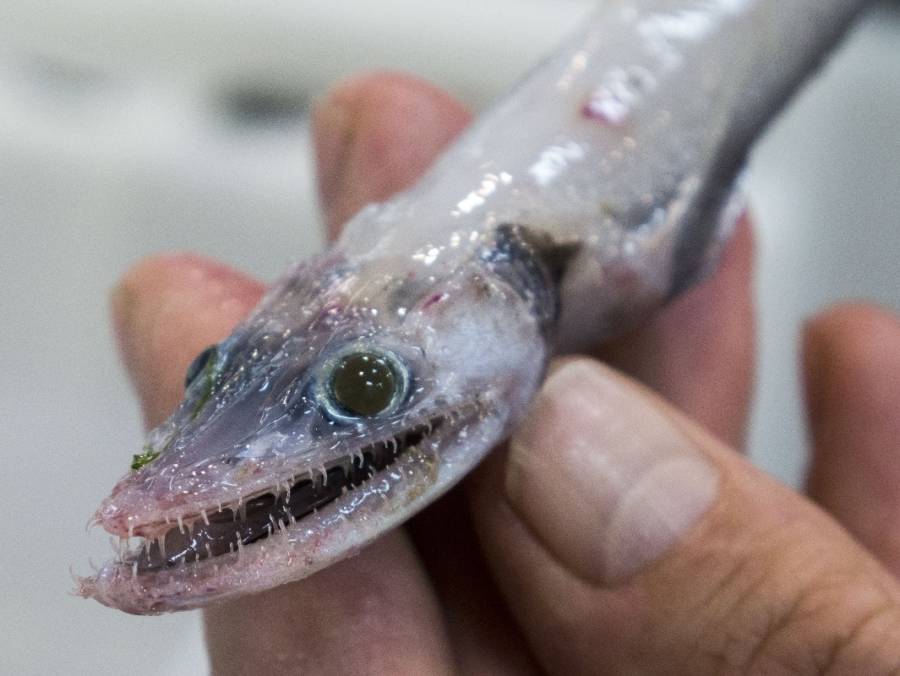 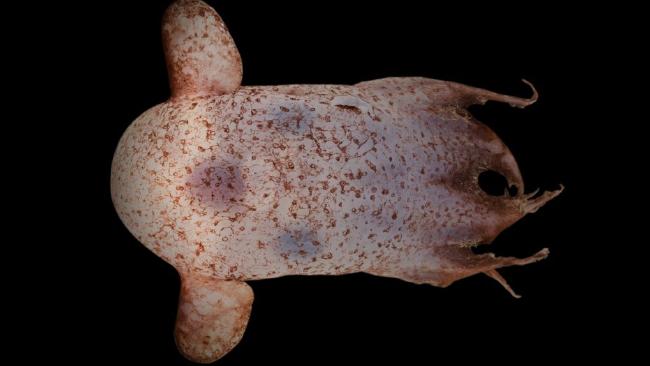 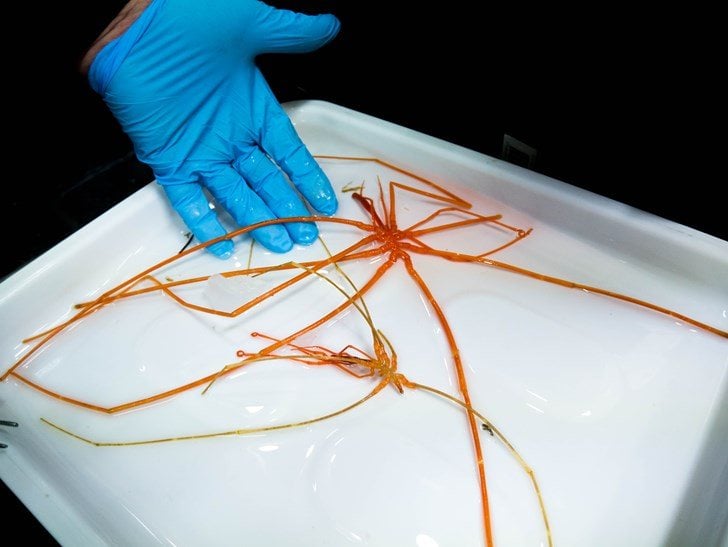 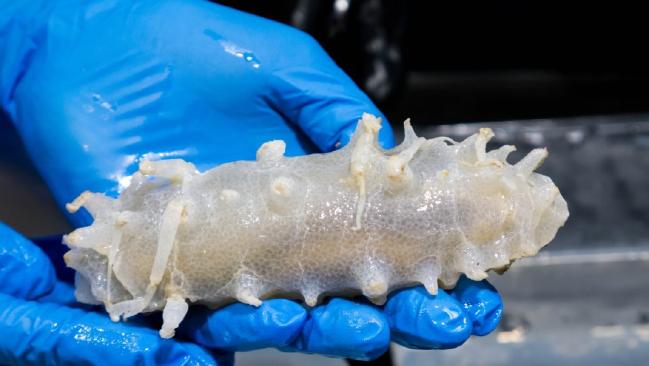 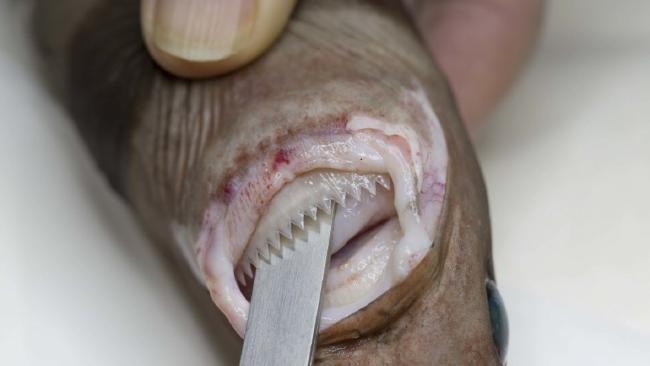 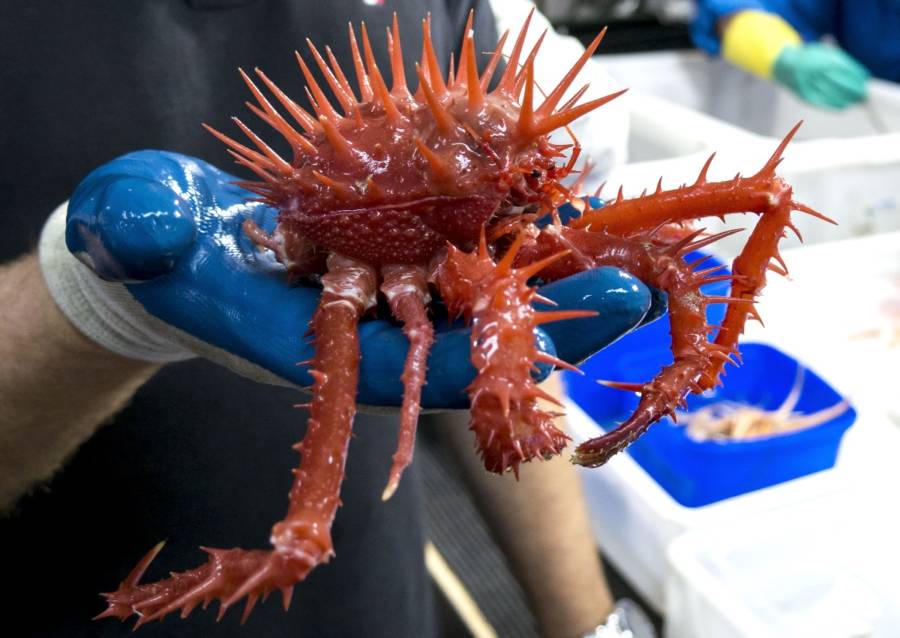 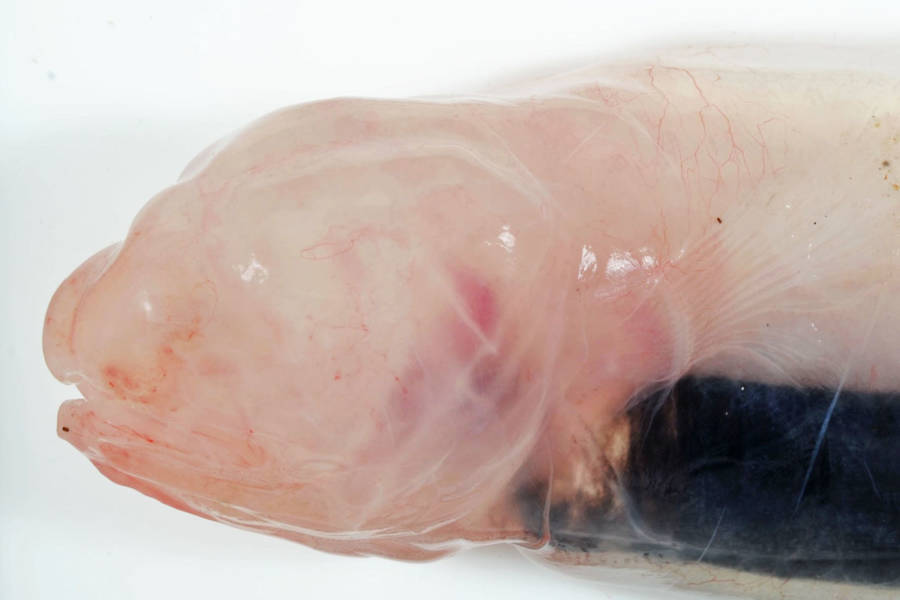 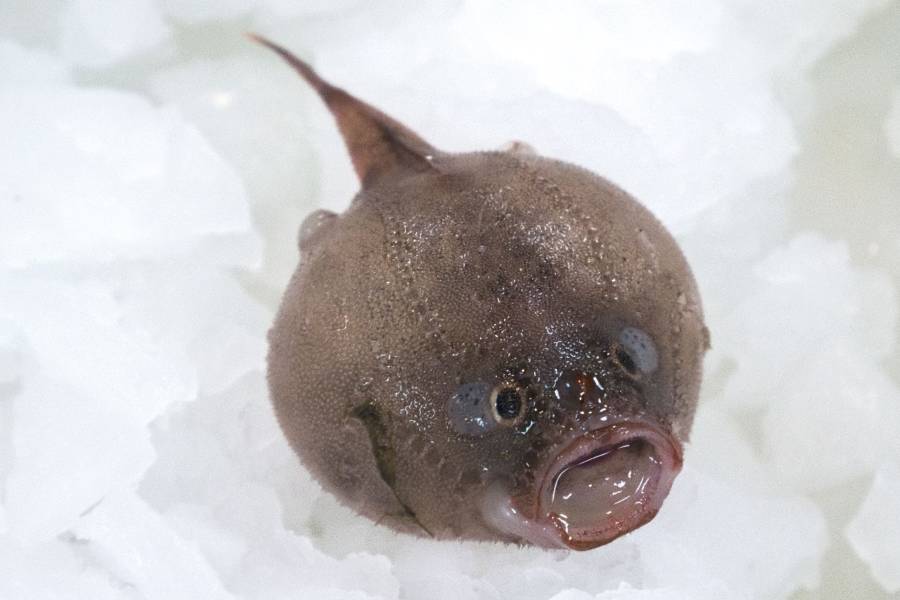 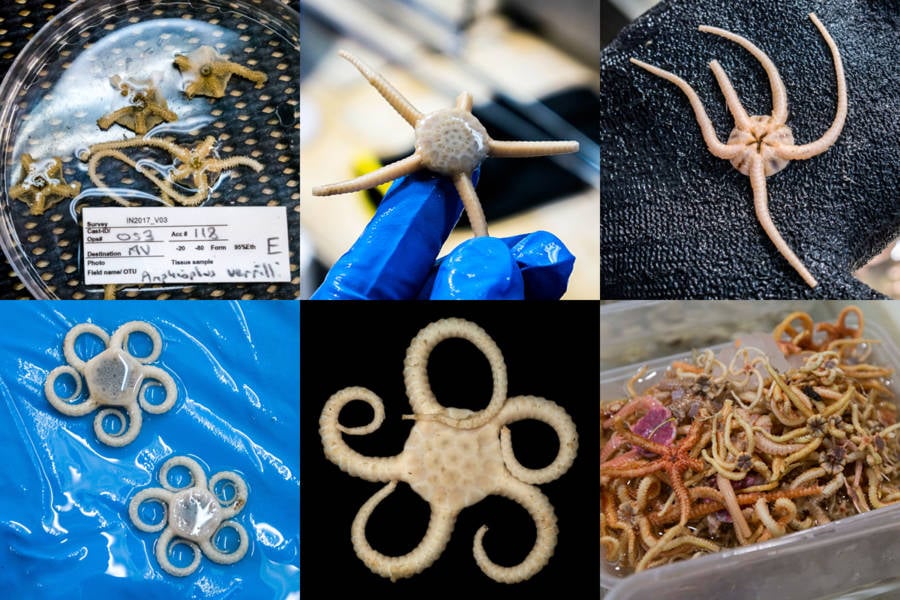 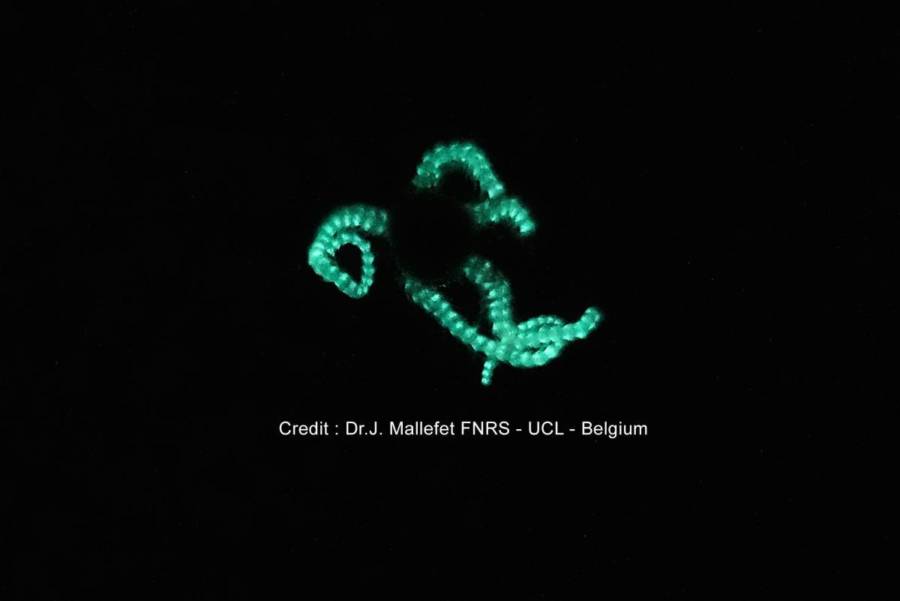 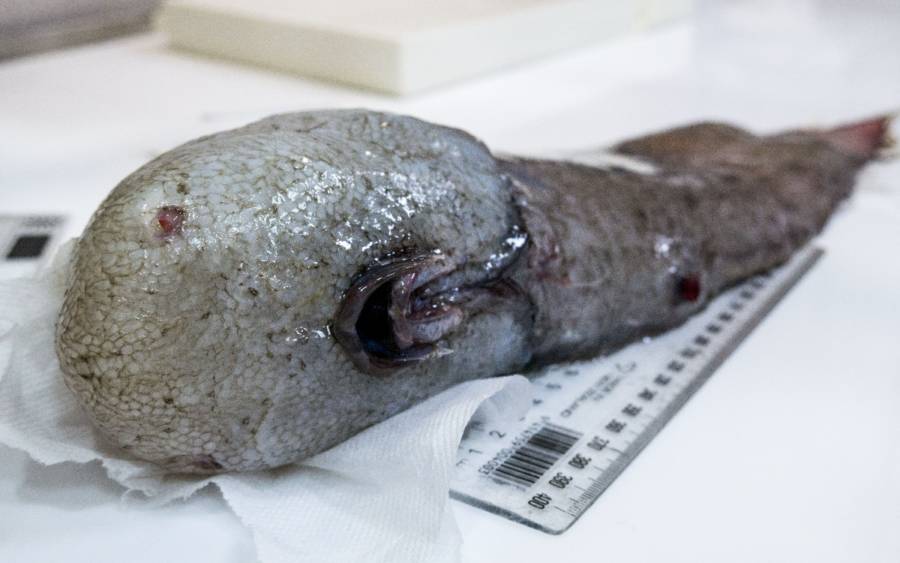 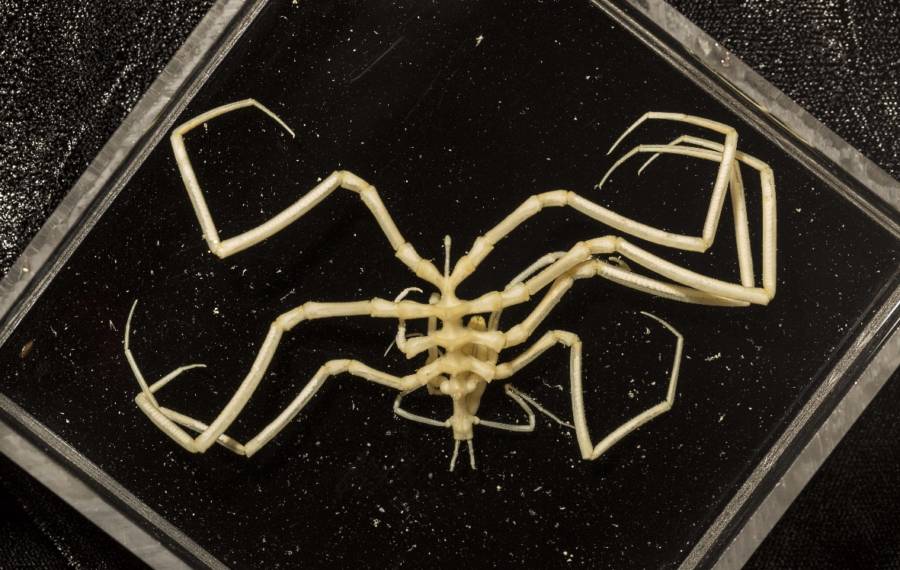 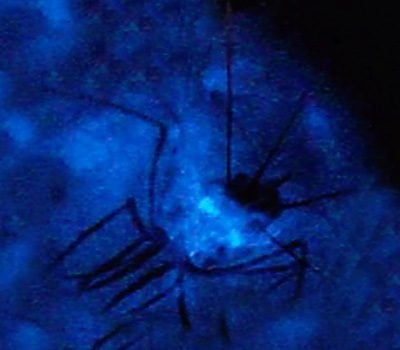 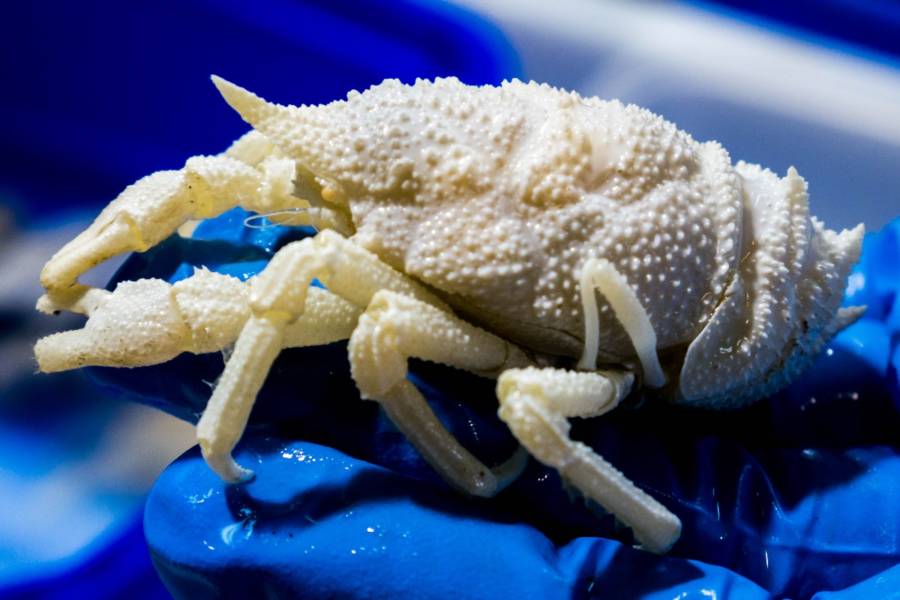 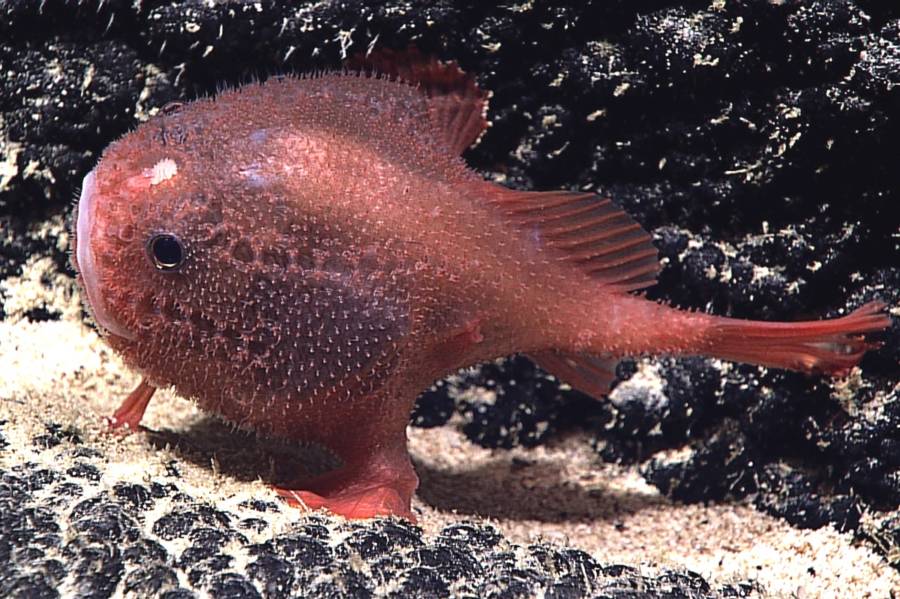 1 of 27
Experts think there could me as many as 10,000 different brittle-star species in the ocean today. Asher Flatt
2 of 27
The viperfish glows to lure food into its mouth.Jérôme Mallefet
3 of 27
The peanut worm, which has gained a lot of Internet attention for looking...not like a peanut.Rob Zugaro/CSIRO/Museums Victoria
4 of 27
Grideye Spiderfish have these large, greenish plates on their head instead of eyes - possibly to detect other bioluminescent creatures.Asher Flatt/Marine Biodiversity Hubb
5 of 27
A sponge with glass ends. Rob Zugaro
6 of 27
"Love can be even harder to find in the deep than a meal, a struggle that has nudged the lizard fish down the evolutionary path of a hermaphrodite. They have both male and female reproductive organs, so whatever other Bathysaurus ferox they come across will be Mr right and Miss right. How could you not love a face like that!"Asher Flatt
7 of 27
Lizard Fish (like the baby pictured here) have hinged teeth so that prey have little chance of escaping once they take a bite. The problem is, there's very little prey 3,500 feet underwater, so these creatures are very rare.Asher Flatt
8 of 27
The adorable Dumbo Octopus that flaps its fins like the fictional elephants ears to float through the water. Rob Zugaro/CSIRO/Museums Victoria
9 of 27
Sea spider.Asher Flatt
10 of 27
Sea pig.Rob Zugaro/CSIRO/Museums Victoria
11 of 27
You don't want to get bit by this bioluminescent shark's serrated teeth. Rob Zugaro/CSIRO/Museums Victoria
12 of 27
A rock crab.Asher Flatt
13 of 27
The Blind Cusk Eel has no scales and only a partially calcified skeleton. CSIRO Australian
14 of 27
A puffed-up coffinfish that the crew believe might belong to a new species. Asher Flatt
15 of 27
Tripodfish have very tiny eyes that can hardly see anything.Robert Zugaro / Marine Biodiversity Hub
16 of 27
Brittle-stars from the RV Investigator voyage.Asher Flatt and Robert Zugaro
17 of 27
A florescing brittle-star.Jerome Mallefet / UCL Belgium
18 of 27
Tripod fish prop themselves above the ocean floor on extended rays of their paired pelvic fins and tail.NOAA Okeanos Explorer Program, Gulf of Mexico 2012 Expedition and Bahamas Deep-Sea Coral Expedition Science Party, NOAA-OER
19 of 27
The faceless fish.Asher Flatt
20 of 27
Sea spiders have "no specific organs for respiration or digestion: respiration is by gaseous exchange through the cuticle wall, digestion is intracellular, and blood circulation is primarily activated by movement or pumping of the legs. They are little more than a tube within a tube." Robert Zugaro
21 of 27
The velvet belly lanternshark has light-emitting pores which scientists think might help provide counter-illumination. Jérôme Mallefet
22 of 27
The Heterocarpus shrimp sprays a glowing cloud of light fluid at attackers to escape into the utter blackness of the deep sea.Jérôme Mallefet
23 of 27
Deep-sea shrimp are typically more threatening than their higher altitude cousins.Karen Gowlett-Holmes, CSIRO
24 of 27
Acanthephyra quadrispinosaKaren Gowlett-Holmes, CSIRO
25 of 27
Squat lobsters are flattened versions of lobsters for the deep sea.Asher Flatt
26 of 27
A walking coffinfish.NOAA Okeanos Explorer / NOAA Office of Ocean Exploration and Research 2015 Hohonu Moana
27 of 27 Next, check out crazy rare two-headed porpoise recently found in the North Sea. Then, watch a sea lion drag a girl into the water after repeated taunting.