Duane Hansen has been described as a "longtime Nebraska resident who enjoys growing large pumpkins, gourds, and other vegetables as a hobby." 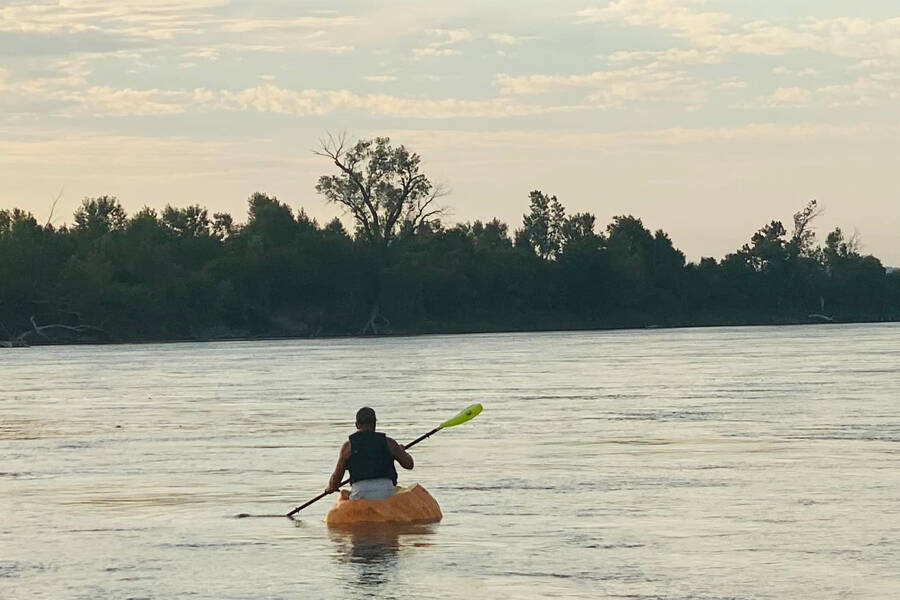 City of Bellevue/FacebookDuane Hansen celebrated his 60th birthday by breaking the record for “longest journey by pumpkin boat.”

On Aug. 27, 2022, Nebraska native Duane Hansen hauled an 846-pound pumpkin down to the banks of the Missouri River, climbed inside it, and paddled his way to a world record.

As reported by The Washington Post, Hansen had been trying for nearly a decade to grow a pumpkin as big as the one he dubbed the “S.S. Berta.”

Now that he’d finally succeeded, it was time to take Berta out on the water.

At 7:30 a.m., Duane climbed aboard the pumpkin and began an 11-hour journey down the “Big Muddy,” the same river where Lewis and Clark started their expedition over 200 years ago. And like the famous explorers, Hansen was out to make history.

As it turns out, there had been a previous Guinness World Record for “longest journey by pumpkin boat” set in 2016 by a man named Rick Swenson. His trip took him 25 miles from Grand Forks, North Dakota to Oslo, Minnesota — but Hansen’s 38-mile journey, once verified by Guinness, is set to squash Swenson’s record.

According to Outsider, Hansen got the idea to attempt this feat while attending a fruit-growing seminar in Oregon. There, he met a previous record holder, and he became determined to grow a pumpkin large enough to set a new record.

His long journey down the river was chronicled by a Facebook post shared by the City of Bellevue. It said that Hansen’s friends, family members, and city officials acted as witnesses to the “unique if not slightly crazy way to celebrate his 60th birthday.” 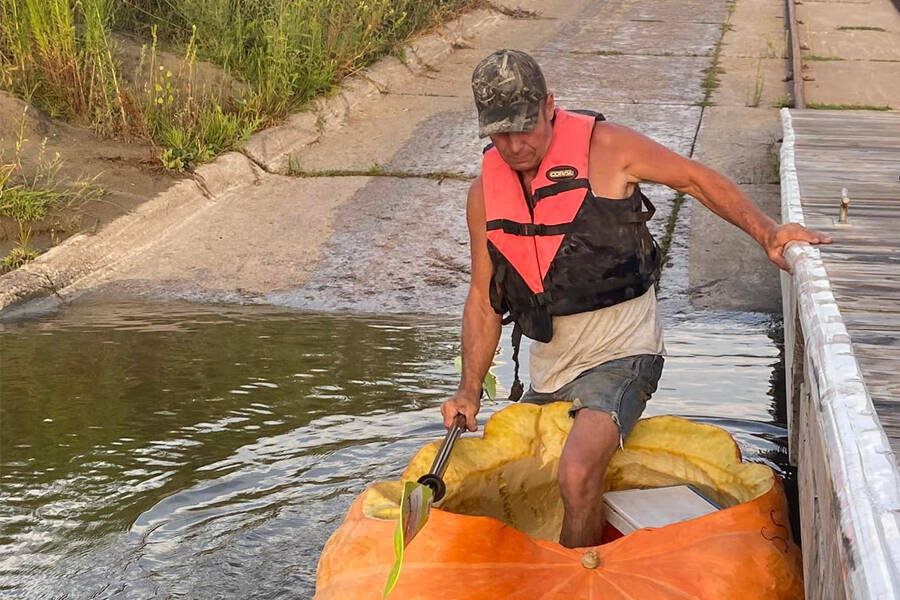 City of Bellevue/FacebookTo qualify for the record, Hansen needed to ensure that there were official witnesses and video proof to verify the feat.

Hansen’s team traveled alongside him in an actual boat in case anything went wrong, but fortunately, there were no mishaps, and Duane ultimately disembarked in Nebraska City just after 6:30 p.m. the same day.

It was estimated that the journey would take Duane roughly six hours to complete, but along the way, he encountered a few obstacles that could have hindered his record attempt had he not been prepared.

In order to qualify for the world record, Hansen had to remain above water for the entire journey, but waves from passing boats threatened to tip his vessel several times along the way.

“You’ve got to stop everything and just hold on and ride with those waves,” Hansen said. “That was bad.”

In addition, he told the Omaha World Herald that he had several collisions with sand dunes — and then it started pouring down rain.

“I thought, ‘I’ll just paddle harder and warm up. I wasn’t thinking about quitting,” he said. “I went another four to five miles, and it rained again. Berta is only about 8 inches above the water line. I’ve never paid so much attention for so long in my entire life. It was tough.”

Hansen had also contacted the City of Bellevue’s mayoral office to observe the journey and provide two official witnesses in compliance with Guinness’ requirements for world records.

“It’s not every day you have a guy who comes in and says he needs two witnesses to watch a pumpkin going down the Missouri River for the Guinness Book of World Records,” Lisa Rybar, administrative assistant to the mayor of Bellevue, said.

“We had no idea he was going to be in the pumpkin. We thought we were just going to watch it float.” 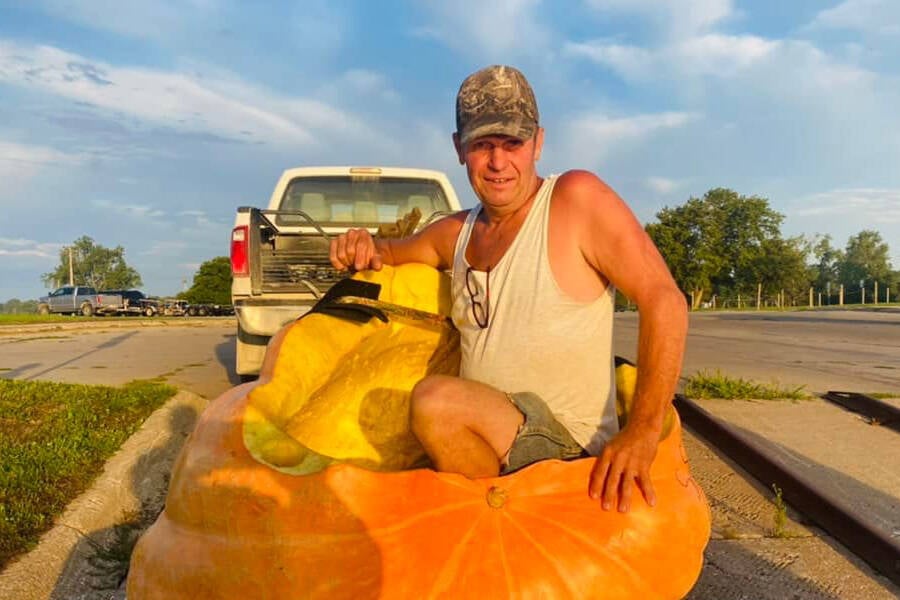 City of Bellevue/FacebookBerta was named after a character from the TV show “Two and a Half Men.”

When Duane Hansen finally arrived on the riverbank in Nebraska City, his family was there cheering him on along with another witness from the Sheriff’s Office.

“He was there waiting at the marina,” Hansen’s sister Yvonne told the World Herald. “He said, ‘I’ve been doing this a long time. I’ve never seen anything like this. This is just crazy. Amazing.'”

Nearly 12 hours inside the giant pumpkin crouched on his knees took its toll, and Hansen complained that he’s been incredibly sore since.

Still, his friends, family, and the City of Bellevue all expressed their pride over his journey, with the city congratulating him publicly on their Facebook page for setting the new world record.

Now, all that’s left is for Guinness World Records to verify the documentation Hansen and Bellevue officials sent over.

In the meantime, Berta is sitting in front of Hansen’s house on display. He said he’ll eventually compost it, but he’s in no rush — they had formed a bond, after all.

“My wife puts up with a lot of stuff,” he said.

His daughter Morgan, however, has tossed out the idea that the two of them should grow an even larger pumpkin and take it out on the river together.