In 2016, Kala Brown was chained up for two months inside a homemade prison made by serial killer Todd Kohlhepp, also known as the "Amazon Review Killer."

On Nov. 3, 2016, police discovered 30-year-old Kala Brown chained inside a shipping container on the property of successful South Carolina realtor Todd Kohlhepp. She’d gone missing along with her boyfriend, Charlie Carver, more than two months prior, and investigators had been working hard to determine what could have possibly happened to them.

Detectives eventually determined that Brown and Carver had been planning to do some work on Kohlhepp’s land the day they disappeared. With this information, they obtained a warrant to search the realtor’s property, but they weren’t prepared for what they saw when they arrived. 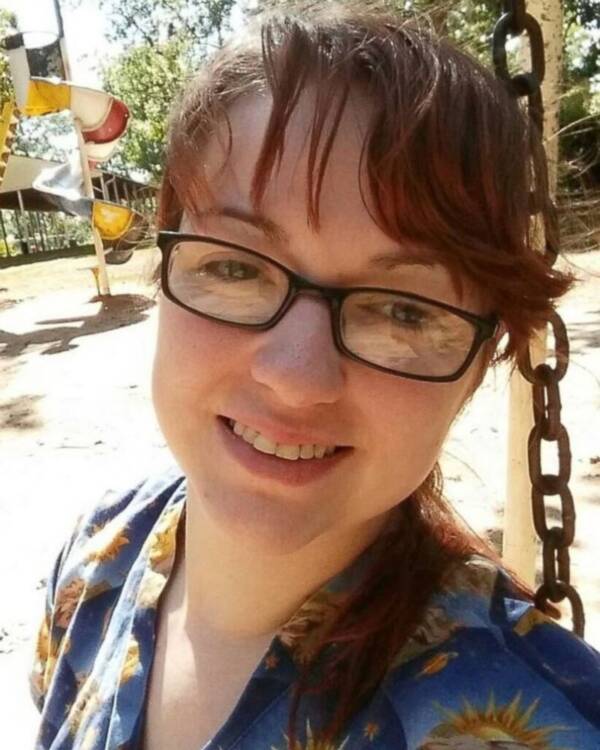 Find Kala and Charlie/FacebookKala Brown was the only surviving victim of serial killer Todd Kohlhepp.

After detectives heard banging coming from inside a large, metal container, they cut it open to find Brown inside, “chained like a dog.” Carver was nowhere to be seen, and Brown informed police that Kohlhepp had fatally shot him as soon as they arrived at the property on Aug. 31. Kohlhepp had then locked Brown in the shipping container and repeatedly raped her for weeks.

After Kohlhepp’s arrest, even more disturbing details began to come out about his crimes. Investigators discovered that he’d posted eerie reviews for the tools and weapons he’d used in the kidnapping and murder on Amazon. What’s more, Brown wasn’t Kohlhepp’s first captive — she was simply the only one who’d survived.

On Aug. 31, 2016, Kala Brown and Charlie Carver drove to the Moore, South Carolina property of Todd Kohlhepp to clear underbrush for him. According to 48 Hours, Brown had done some cleaning work for Kohlhepp’s real estate business before, so she had no reason to be suspicious about meeting up with him. Unfortunately, this time was different.

Brown later told police, as reported by Greenville, South Carolina news station WYFF 4: “We had walked inside and got hedge clippers and walked back outside… When Todd came back out he had a gun in his hand. He fired three shots into Charlie’s chest.”

She continued, “That’s when Todd grabbed me from behind, took me inside, put me on the floor, handcuffed me.” 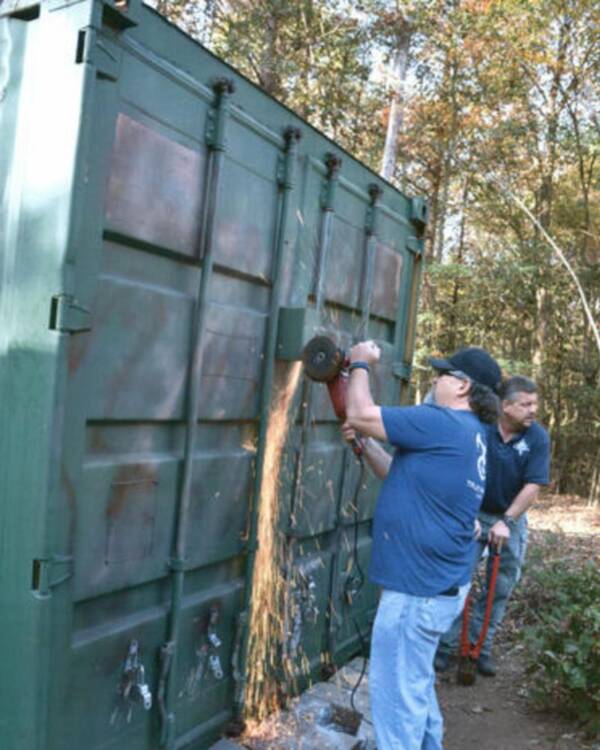 For the next two months, Todd Kohlhepp kept Brown chained inside the shipping container, taking her out once or twice a day to rape her. One day, he walked Brown around the 96-acre property and showed her three graves that “appeared to [have] people buried in them.” Kohlhepp then told her, “Kala, if you try to escape you’re going directly into one of those graves.”

While locked inside the shipping container, Brown tried to distract herself with books and a DVD player that Kohlhepp had given her. She slept on two thin dog beds, ate crackers and peanut butter, and said whatever she had to in order to survive.

Several days after Kala Brown and Charlie Carver went to Kohlhepp’s property, Carver’s mother, Joanne Shiflet, became concerned that she hadn’t heard from him. Initially, she thought he was simply sleeping after his 12-hour work shifts whenever she texted him, but as the days went on, she knew something was wrong. Meanwhile, one of Brown’s friends was also growing wary of the radio silence and had started asking questions of her own.

The couple’s friends and family members grew even more confused when strange posts started appearing on their social media accounts. Odd Facebook statuses suggested that Brown and Carver had gotten married, purchased a home, and were living happily together. So why weren’t they responding to any calls or texts? 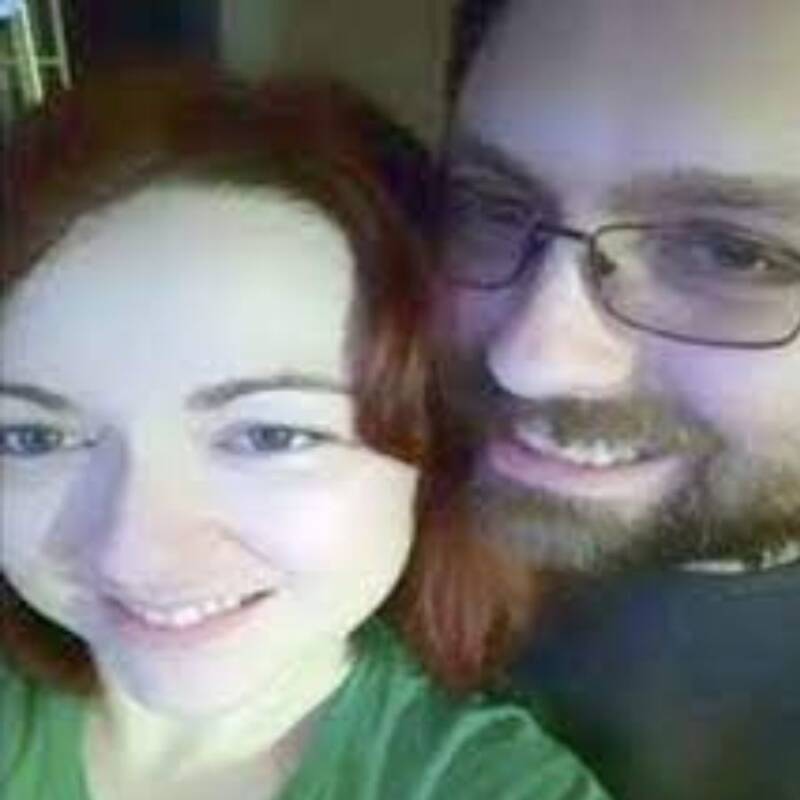 Kala Brown/FacebookKala Brown and Charlie Carver planned to do work on Todd Kohlhepp’s property the day they disappeared.

Shiflet decided to file a missing persons report, and the police quickly began looking for answers.

According to the Anderson Independent-Mail, investigators started their search by obtaining cell phone and social media records for Brown and Carver. They noted that her phone had last pinged from a cell phone tower somewhere in the area of Spartanburg County, but the location wasn’t precise.

It wasn’t until police were able to look through Brown’s Facebook records that they discovered messages between her and Kohlhepp about working on his land — which was within the area where Brown’s cell phone had last pinged. This was the key they needed to obtain a search warrant for Kohlhepp’s property.

As they searched the 96 acres, investigators heard a banging noise coming from a large, metal shipping container. Inside was Kala Brown, with chains around her neck and ankle to keep her from trying to escape. 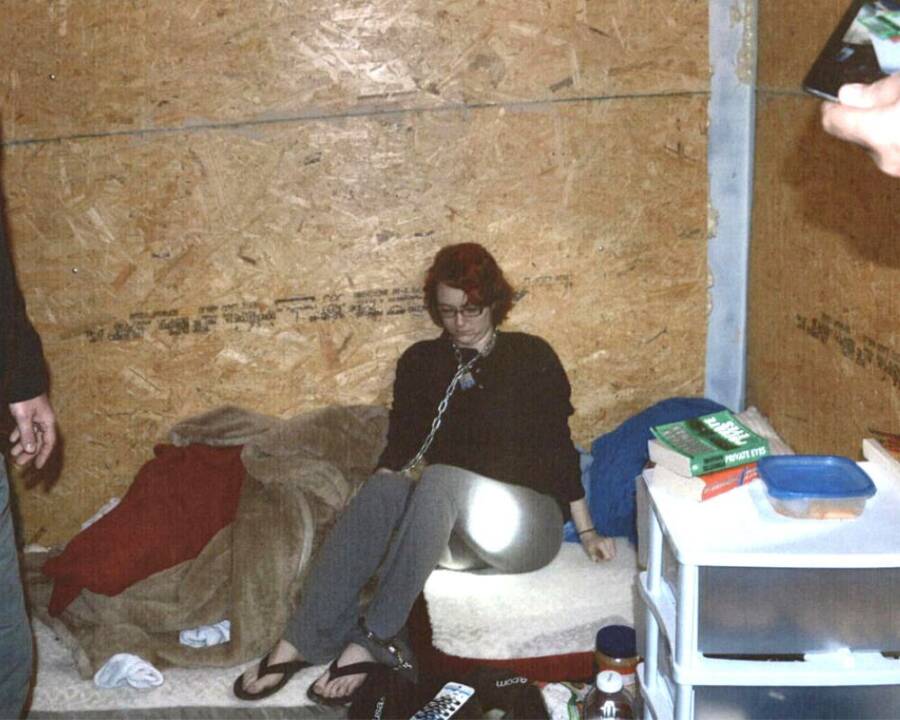 When the police asked her where Charlie Carver was, she responded, “He shot him. Todd Kohlhepp shot Charlie Carver three times in the chest. He wrapped him in a blue tarp, put him in the bucket of the tractor, locked me down here, I’ve never seen him again.”

Detectives also found Carver’s car, which had been spray painted brown and dumped in the woods. Unfortunately, that was just the beginning of their gruesome discoveries.

During the two months that Todd Kohlhepp held Kala Brown captive, he told her all about the previous crimes he’d committed — even the ones he’d never been connected to. According to CNN, Brown later said, “He liked to brag that he was a serial killer and a mass murderer.”

Kohlhepp allegedly told Brown that he’d killed nearly 100 people and that he wanted to murder even more because “he had dreams of his body count being in three digits.”

As the police looked into these claims, they made a shocking discovery — Kohlhepp was connected to at least two unsolved cases in the area. In 2003, he’d murdered four people in a nearby motorsports store, but the mass shooting had gone unsolved for 13 years.

And just a few months before Brown and Carver had gone missing, Kohlhepp had hired a married couple to do work on his property, killed the husband, and raped the wife for a week before shooting her as well and burying them both in the graves he’d later shown to Kala Brown. 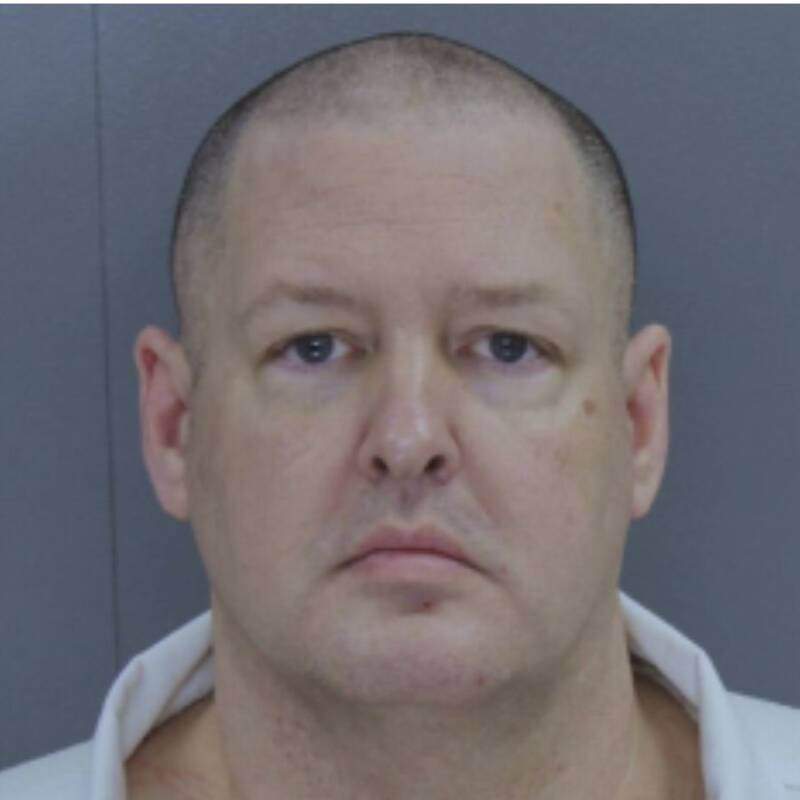 South Carolina Department of CorrectionsTodd Kohlhepp later admitted to seven total murders in addition to the abduction of Kala Brown.

But perhaps the most disturbing part of Todd Kohlhepp’s crime spree was the reviews he left online for the tools and weapons he’d used in the kidnappings and murders, an act that earned him the nickname the “Amazon Review Killer.” In a review for a small shovel, he’d written, “keep in car for when you have to hide the bodies and you left the full size shovel at home…”

And in another review for a padlock, he said, “solid locks.. have 5 on a shipping container.. wont stop them.. but sure will slow them down til they are too old to care.”

In court, Kohlhepp pleaded guilty to seven counts of murder, two counts of kidnapping, and one count of criminal sexual assault. He was condemned to seven consecutive life sentences, and he remains imprisoned in Columbia, South Carolina.

As for Kala Brown, when asked what message she had for her captor, she responded: “He tried to crush me, but I’m not broken. He cannot destroy who I am… I won.”

After reading about the abduction of Kala Brown, learn how Natascha Kampusch survived eight years in her kidnapper’s cellar. Then, read about Donald “Pee Wee” Gaskins, one of the most prolific serial killers in South Carolina history.