Elephant Sedative Behind At Least 8 Deaths In Single Ohio County 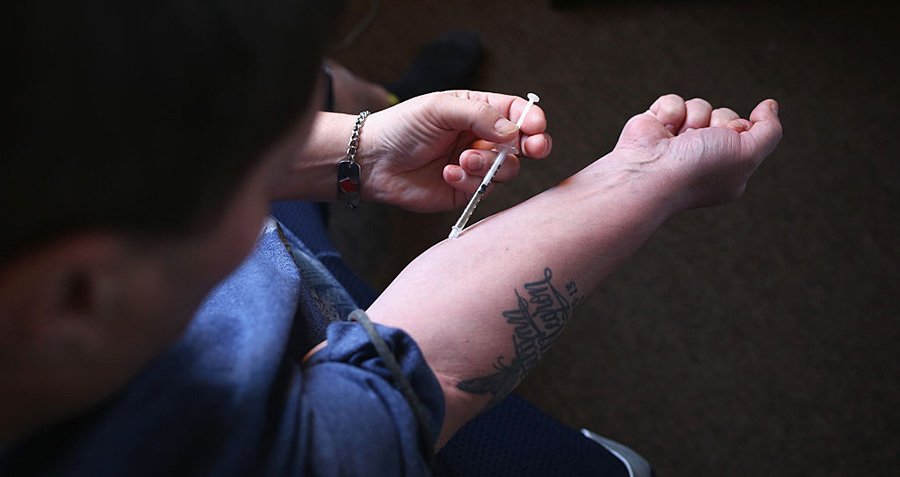 An elephant sedative has claimed the lives of nearly a dozen people in a single Ohio county, according to the county coroner.

On Tuesday, Hamilton County coroner Dr. Lashmi Kode Sammarco said that carfentanil, a sedative meant for large animals, caused eight people in Hamilton County to overdose — and that once further blood and urine tests from five other overdose deaths are complete, she believes more deaths “will also be due to carfentanil.”

If the name of the drug sounds familiar to you, that’s because it’s a version of fentanyl, which led to the death of Prince this past April.

Carfentanil is the strongest commercially-used sedative — packing 10,000 times more power than morphine — which makes sense given the fact that it is meant to sedate large animals including elephants. To give you an idea of just how powerful this drug is, just two milligrams of carfentanil is enough to knock out the thousand-plus pound creature.

To make matters worse, drug dealers have been using it to cut heroin, meaning to the Drug Enforcement Administration that users might not know they’re taking it at the time. Furthermore, officials added, they believe that the sedative isn’t behind just drug-related overdoses, but is contributing to the opioid and heroin crisis as well.

The crisis has dealt a particularly devastating blow to Ohio, CNN reported. Indeed, in 2014 the Centers for Disease Control and Prevention noted that the state had the nation’s second-highest number of opioid-related deaths and the fifth-highest rate of overdose.

Regarding fentanyl, between 2013 and 2014 related deaths increased by 526 percent, in spite of the fact that prescriptions for the sedative fell by 7 percent.

Still, Sammarco thinks that this is just the tip of the iceberg, CNN reported. According to the coroner, the Hamilton County toxicology lab was only able to start testing for the drug last week, as before it could not obtain a sample of the drug to compare it with overdose samples.

This is not an isolated event, either — as CNN noted, very few labs in the state can test for it, or even have reference materials to identify the drug.

Still 290 overdose cases behind, Sammarco and Hamilton County Heroin Task Force Director Tom Sinan Jr. are calling for Governor John Kasich to act — and provide the funding that will allow them to do so.

“We need to realize funding immediately that goes into treatment,” Synan said. “We need action, and that action needs to be coming into treatment centers.”

Next, read about how Seattle is handling its heroin epidemic, and learn about nyaope, a devastating drug taking over some South African streets.