Ella Baker: The Unsung Hero Of The Civil Rights Movement

She galvanized the individual's role in the Civil Rights Movement, influenced MLK and taught Rosa Parks how to resist peacefully. But history often forgets to mention that. 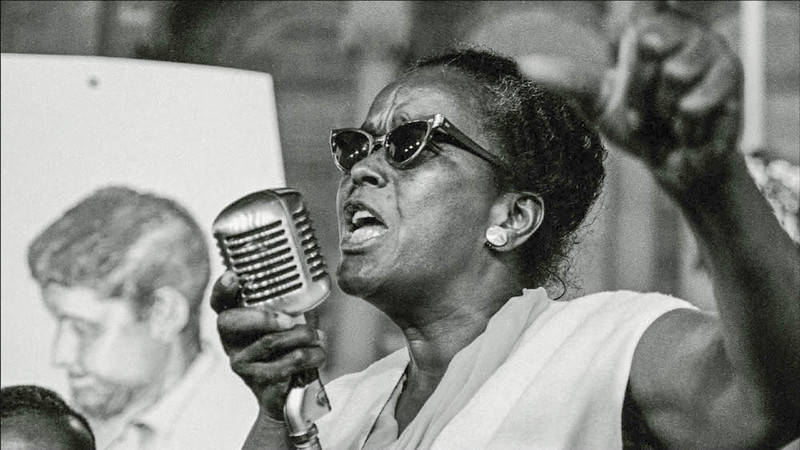 Ella Baker had an enormous influence on the Civil Rights Movement of the 1950s and 1960s. Without her deft touch, several African-American organizations at the time might not have been so successful.

All the odds were against her as a black woman in her time. But Baker utilized her personal past to promote the first nonviolent grassroots organizations in the Civil Rights Movement. She informed leaders like Martin Luther King Jr. on how to proceed in the resistance and brought power to each individual fighting for their freedoms.

Ella Baker was born on Dec. 13, 1903 in Norfolk, Va., and she grew up in North Carolina. Her grandmother was a slave. She told young Ella stories of the cruelties she endured at the hands of white slave owners.

Her grandmother was once even whipped repeatedly for refusing to marry the man chosen for her. But she bore the beatings with pride and resilience. Baker’s grandmother’s silent resistance to the brutality of slavery inspired her own philosophies for the Civil Rights Movement.

As Baker entered college at Shaw University in Raleigh, N.C., she challenged school administrators to change policies that she thought were unfair to students. She subsequently graduated in 1927 as valedictorian of her class.

Following graduation, Baker moved to New York City. By 1930, she organized the Young Negroes Cooperative League, a group designed to advance the causes of businesses owned by black and colored citizens.

The idea was to combine the buying power of businesses to help create economic stability at the beginning of the Great Depression. This cooperative also stood against white-owned businesses that would frequently try to undersell black-owned companies.

As the Great Depression grew deeper, Baker realized that young African-Americans particularly faced dire economic situations. Not only were they discriminated against, but now they faced horrific conditions of poverty, homelessness, and unrest. 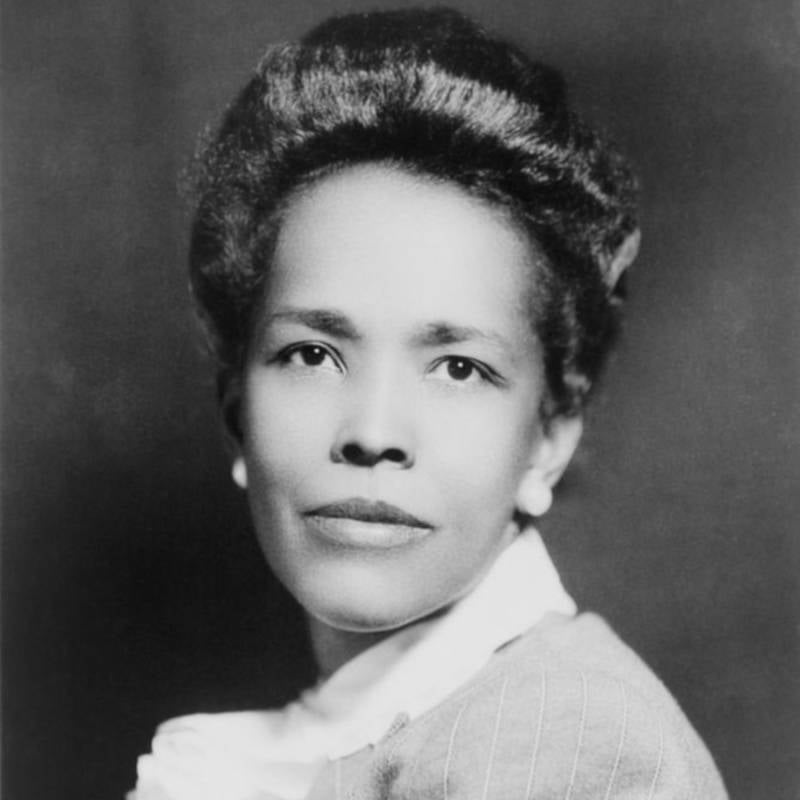 Baker saw the economic hardships as a catalyst for change. As she organized groups for women in New York City, one of her frequent sayings became, “People cannot be free until there is enough work in this land to give everybody a job.”

Helping to run the Young Negroes Cooperative League, and other organizations, for a few years, gave Baker the training she needed for the coming Civil Rights Movement. In 1940, she joined the NAACP.

Ella Baker on the National Stage

From 1940 to 1946, Baker worked up the totem pole in the NAACP. She rose from a job as field secretary to national director of various branches. From 1943 to 1946, her role was to fundraise for the organization. She traveled all over the country, trying to convince people that they deserved a voice. Like her, many of the people she met had grandparents who were slaves, and they had trouble understanding what a nationwide organization could do to help them.

Baker decided she could best mobilize and inform the public through more local organization. She felt grassroots organization instead of national leadership within the NAACP could better benefit their constituency. Also, much as she had done while in University, Baker sought to fight bureaucracy within the NAACP.

She had a gift for listening and picking out leaders in the groups she met. At various workshops, Baker would train people on how to organize and lead grassroots groups of the NAACP. 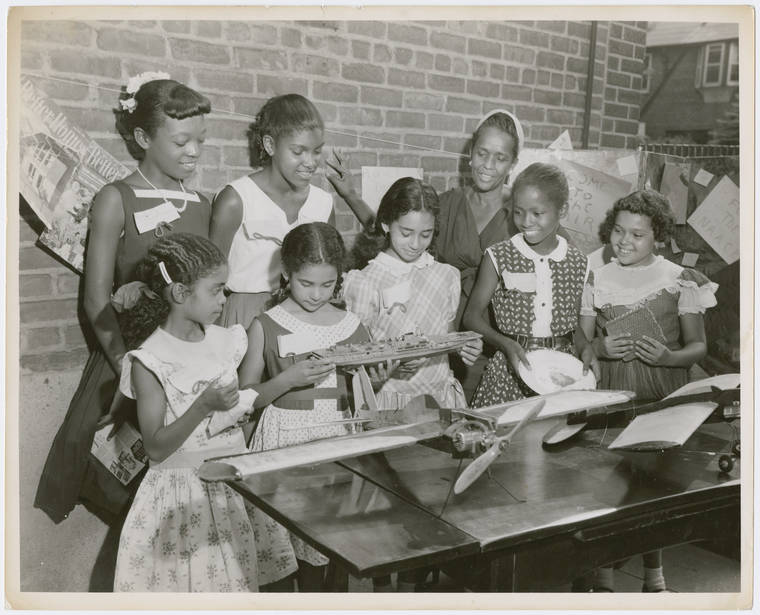 New York Public Library Ella Baker, standing third from the right with a group of girls at a fair sponsored by the NAACP, early 1950s.

One person who attended Baker’s workshops in the 1940s was a woman named Rosa Parks. Like Baker, Parks adopted a philosophy of nonviolent protesting. It was Parks’ refusal to give up her seat on a bus in Montgomery, Ala. on Dec. 1, 1955, which sparked even more fervor among the Civil Rights Movement.

Baker resigned her post at the NAACP in 1946, but she still maintained her passion for advancing the Civil Rights Movement. Her contacts within the NAACP proved to be a valuable resource as the freedom movement garnered momentum.

Baker eventually rejoined the NAACP’s local chapter in New York in 1952. Naturally, she rose to director of that branch and became the first female leader in that chapter’s history.

Inspired by Parks’ protest in Montgomery, Baker co-founded the group In Friendship in 1957 in New York City. The group raised money to aid local movements in the South.

Baker’s organizational skills and her prominent role in New York’s NAACP movement led her to Atlanta in 1958. There, she worked with Dr. Martin Luther King Jr. to organize the Southern Christian Leadership Conference. For two years, Baker trained leaders of local chapters in resistance, planned protests and held events to further the SCLC’s aims.

Baker often clashed with King, though. King balked at the notion that a woman may have ideas beyond his own. An early SCLC member said of King’s behavior that it was just a consequence of his time and circumstance: “unless someone was male and a member of the inner circle of the church, it could be difficult to overcome the preacher ego.”

Baker left the SCLC in 1960 to help local movements in Greensboro, North Carolina. She encouraged King to donate $800 to start a group there to support the protests. After speaking to a conference in April 1960, Baker (with King’s approval) formed the Student Nonviolent Coordinating Committee.

Diane Nash, a prominent member of the Civil Rights Movement, said, “I could count on Ms. Baker to be truthful. She explained many things to me very honestly. I would leave her feeling very emotionally picked up, dusted off and ready to go. She became a mentor to me.”

Diane Nash on her experience with Ella Baker.

It was here that Baker’s connections with the NAACP bore fruit. She called on members of the NAACP to help register voters, train local leaders, and provide support to people staging protests and sit-ins in Greensboro and elsewhere.

Baker’s idea, in her own words, was that “Strong people don’t need strong leaders.”

Her thinking was that once people were shown the way, they could take the reins themselves to maintain local groups. All they needed was to be given a little guidance, training, or light, first.

“Give light and people will find the way” Baker said. She believed that every person had ability to lead and enagege in the resistance.

The Civil Rights Movement is often remembered in regards to King and Parks. Hardly anyone mentions Ella Baker, but she had accepted her anonymity:

“I found a greater sense of importance by being a part of those who were growing,” Baker told filmmaker Joanne Grant in her 1981 documentary Fundi: The Story of Ella Baker. “Fundi” is a Swahili word, and Baker’s nickname, meaning someone who passes on her wisdom on to other generations.

John Hope Franklin, a member of the Student Nonviolent Coordinating Committee, called Baker, “probably the most courageous and the most selfless” of the activists in the 1960s.

The Ella Baker Center for Human Rights continues her work today. The organization aims to combat the difficulties of mass incarceration of minorities, as well as to strengthen communities and improve the lives of low-income civilians.

See some of the most powerful photos of the Civil Rights Movement, and read more about female civil rights leaders who are often forgotten in the annals of history.