"Whether it was racially motivated or just pure ignorance, it's still unacceptable ... It's a stark reminder that racism exists." 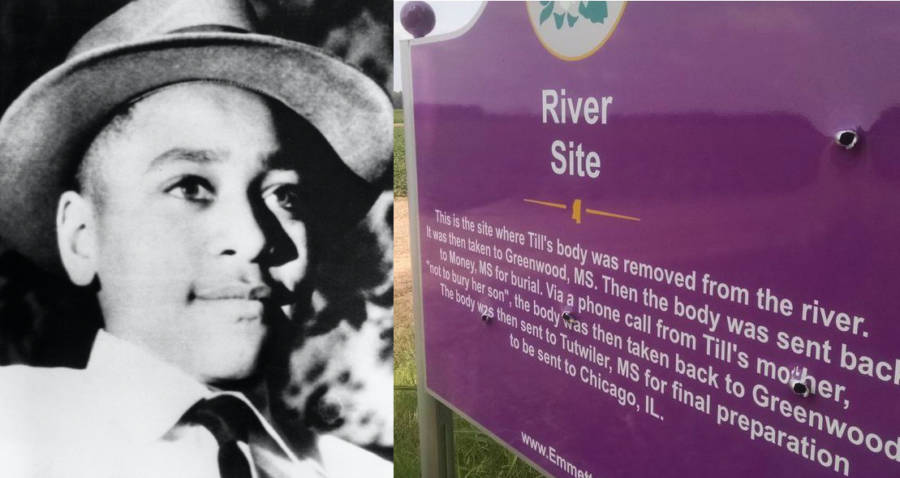 Bettmann/Getty images; Emmett Till Interpretive CenterLeft: Emmett Till; Right: The latest vandalism of the Till memorial.

A sign memorializing Emmett Till, a 14-year-old African-American boy who was brutally lynched in Mississippi in 1955, has been vandalized once again.

This most recent vandalism marks the third time that the sign has been defaced since it was put in place in 2007 by the Emmett Till Interpretive Center, a museum dedicated to Till’s story. The sign stands in Glendora, Miss. along the Tallahatchie River where Till’s body was found 63 years ago.

Just one year after the sign was put up, it was stolen and never found, according to Smithsonian. A new sign was put up some eight years later, but was soon covered with dozens of bullet holes. 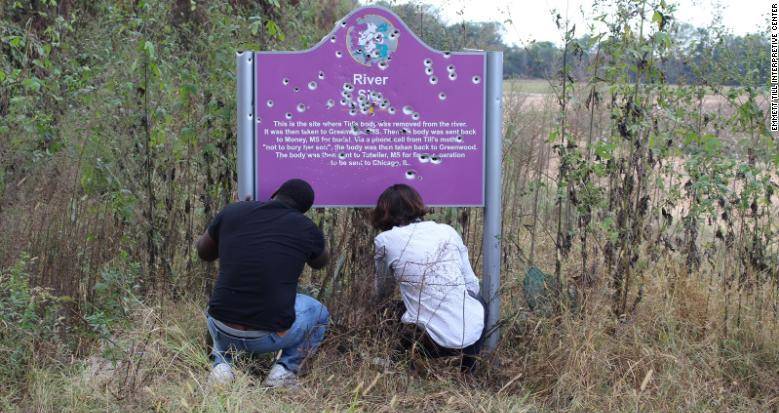 Emmett Till Interpretive CenterThe second version of the memorial sign vandalized with multiple bullet holes in 2016.

The second sign was removed from its place by the river and placed inside the Emmett Till Interpretive Center. The third sign was then put up in July 2018 and, after just 35 days in place, it too was shot.

Patrick Weems, co-founder of the Emmett Till Interpretive Center, told CNN that the community has been through a lot since the murder of Till.

“For 50 years, our community lived in silence, and there’s those who want to erase history,” Weems said. “We’ve been through that.”

While the culprit, or culprits, of these attacks against the sign have never been caught, Weems is confident that their motive is racism. 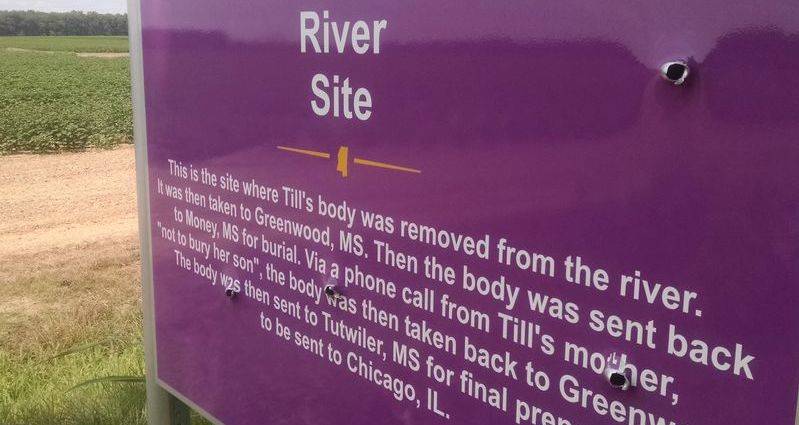 Emmett Till Interpretive CenterThe August 2018 vandalism of the memorial sign.

Emmett Till’s story has served as just such a reminder ever since his death on Aug. 28, 1955, when his severely brutalized body was removed from the Tallahatchie River. The teenager had traveled from Chicago to Mississippi to visit his great uncle and after he arrived, he entered a local market. A white woman, Carolyn Bryant, who owned the store with her husband, Roy, claimed that Till wolf-whistled at her.

Four days later, Roy and his half-brother, J.W. Milam, kidnapped Till from his bed, savagely beat him, and then shot him in the head. To dispose of his body, the men attached a 75-pound cotton gin fan to his neck with barbed wire and threw his body into the river.

The two men stood trial for Till’s murder a month later. There were eyewitnesses who saw them and the two men even admitted that they had kidnapped Till, but an all-white jury cleared them of the murder that they later confessed to.

Furthermore, Carolyn Bryant eventually admitted that she lied about Till’s alleged wolf-whistle in the first place.

Till’s mother insisted that her son’s body be returned to Chicago and held an open-casket funeral so that the world would be forced to see the brutality of her son’s death. The photos were published in Jet magazine and Till’s death became an important moment in the early days of the civil rights movement. 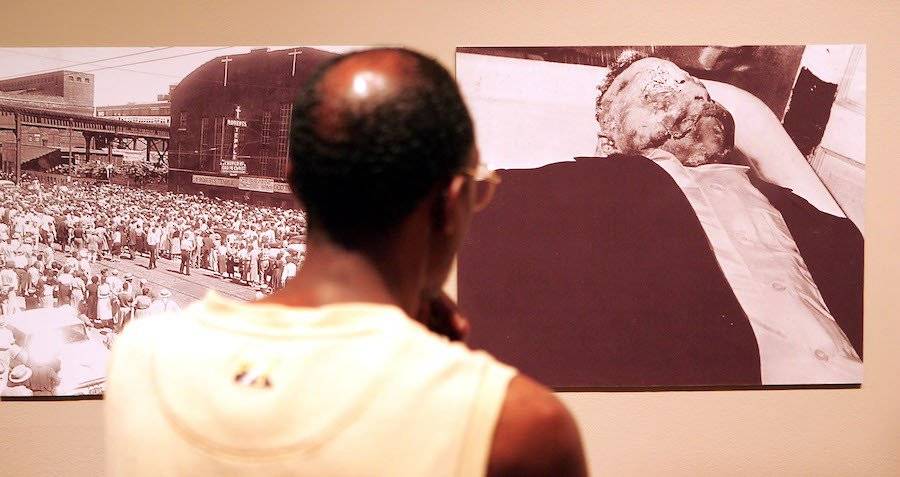 The Emmett Till Interpretive Center built the memorial sign for Till as a way to remember the boy who was falsely accused and brutally killed because of racism. According to its website, the Interpretive Center is focusing on how it can move forward from the vandalism and help protect Till’s memory.

They are currently raising money to create a park and memorial site for Till along the river with increased security, and the National Parks Service is also looking into buying some of the sites associated with Till to create a civil rights park in the Mississippi Delta.

“We are deeply saddened by this ignorant act,” read a statement on the vandalism from the Emmett Till Interpretive Center. “But we know acts of hate will lead to acts of generosity and love.”

Next, see the most powerful photos taken during the civil rights movement. Then, have a look at images that reveal the tragedy of segregation throughout American history.