Inside The Erfurt Latrine Disaster Of 1184, When 60 Nobles Drowned In Excrement

In July 1184, a group of European nobles gathered in a church to settle a land dispute when the floor suddenly collapsed under their weight — sending them into a cesspool below. 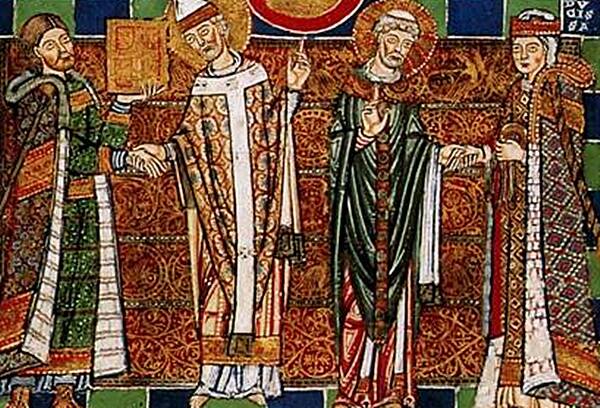 Wikimedia CommonsA group of 12th-century nobles were caught off guard when the floor of their meeting room collapsed into a latrine chamber.

The Erfurt latrine disaster of 1184 offers a bizarre mix of tragedy and comedy. The somewhat muddy historical account tells the tale of a meeting of nobles gone awry after they drowned in excrement inside a church in modern-day Germany.

The incident, known in German as Erfurter Latrinensturz, was an unbelievable disaster. But it was also a product of the political strife of the times — and it highlighted just how far society still needed to advance.

Flushing Away Troubles In Medieval Europe 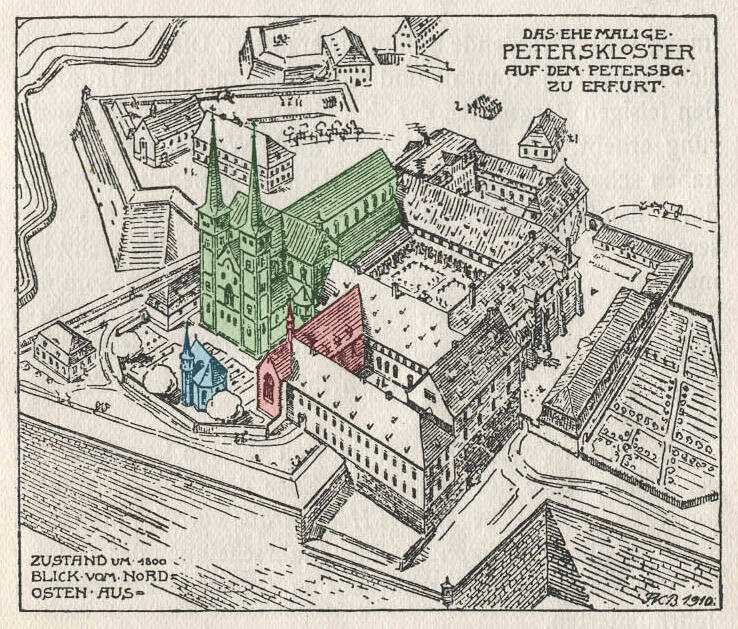 The German city of Erfurt has existed since the 8th century, and it was formerly part of the Holy Roman Empire. The legendary Petersberg Citadel is deeply intertwined with the history of the city.

Among the structures that survived the citadel’s early period was the St. Peter’s Church, where the unfortunate yet largely unknown Erfurt latrine disaster reportedly occurred during the 12th century.

The incident apparently involved a sizable number of noblemen and high-ranking officials who suffered an ill fate when the church’s medieval floor collapsed under their weight, plunging them down into the latrine below.

But before getting into the nitty gritty of the Erfurt latrine disaster, it’s important to understand the historical context around the unfortunate event.

At the time, Erfurt was ruled under King Heinrich VI (also known as King Henry VI) of the Hohenstaufen dynasty. He was one of the German kings who reigned over the territory during the Middle Ages.

Wikimedia CommonsKing Heinrich VI, or Henry VI, who would later succeed his father as the Holy Roman Emperor, called for a meeting of nobles to settle a dispute.

It was a period of great political strife brought on by constant power struggles between feudal nobles and religious leaders of the Roman Catholic Church.

One such conflict erupted between Conrad of Wittelsbach, who was the Archbishop of Mainz (also known as Conrad I), and Ludwig III, the Landgrave of Thuringia. It’s unclear exactly what prompted the conflict, but it most likely had to do with a land dispute or issues over land control.

Whatever the problem was, it’s believed that King Heinrich VI wanted to settle the conflict between the two men once and for all. As he made his way through the territory, he called for a meeting involving a number of the region’s nobles and high-ranking officials. Some may have been expected to act as mediators during the negotiations.

Little did the king or his men know that the meeting would make such an unfortunate splash.

Wikimedia CommonsA land dispute was likely at the center of the fateful meeting in Erfurt in 1184.

Historical details about the meeting of nobles in 12th-century Erfurt are murky. Most believe the meeting took place on one of the floors of St. Peter’s Church, but other accounts claim it happened elsewhere. Either way, nobody could have predicted how events would unfold that day.

It is estimated that a sizable group of the empire’s elite gathered at the meeting, which was said to have taken place in one of the church’s rooms.

But as the meeting in July 1184 kicked off, the room’s floor suddenly collapsed into the monastery’s latrine.

Pastor Leitzmann of Tunzenhausen, who did some research on the little-known historical event years ago, wrote that many of the meeting’s participants plunged down into the lower cesspool.

At least 60 nobles died in the incident, but it’s been estimated that the number may have been closer to 100. Ludwig, whose dispute with the archbishop had been the focus of the meeting, survived purely by chance.

The king and the archbishop, meanwhile, also survived since they had withdrawn into one of the room’s distant nooks to discuss the present political issue. Both were able to cling to the iron rails of a window for dear life until they were rescued.

It’s hard to say for sure whether the rich noblemen who died in the Erfurt latrine disaster had been killed by the fall itself or by being suffocated by the pool of filth they fell into. Pastor Leitzmann believes it may have been the latter.

The Aftermath Of The Disaster 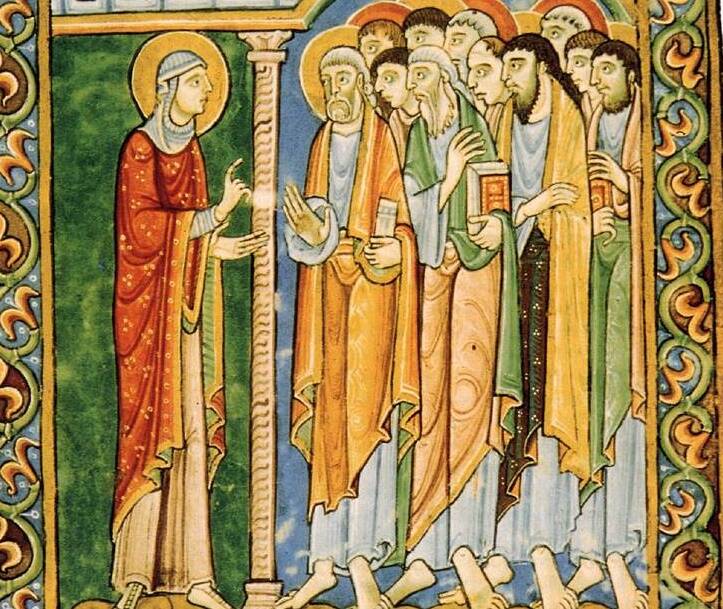 Wikimedia CommonsMany of the nobles who attended the meeting were killed in the Erfurt latrine disaster.

During the Middle Ages, the sewage systems of latrines in Europe were a far cry from the comfortable and private toilets we are used to in modern times. Back in the medieval days, latrines were built in whatever empty space could be spared with the most basic system of all: building a hole or pit and letting the waste drop into it.

The latrines in fancy buildings like the St. Peter’s Church were usually more advanced — though only slightly.

The space used for the latrine would typically protrude outward from the exterior walls of the structure. This was especially common with castles. This way, the waste hole could be located directly above the grounds or moats surrounding the building. However, this also meant that the latrines were hardly ever cleaned, since the drainage was meant to deposit outside.

Unfortunately, in the case of the latrine in Erfurt, the cesspit for gathering waste was located directly below the meeting of the nobles. 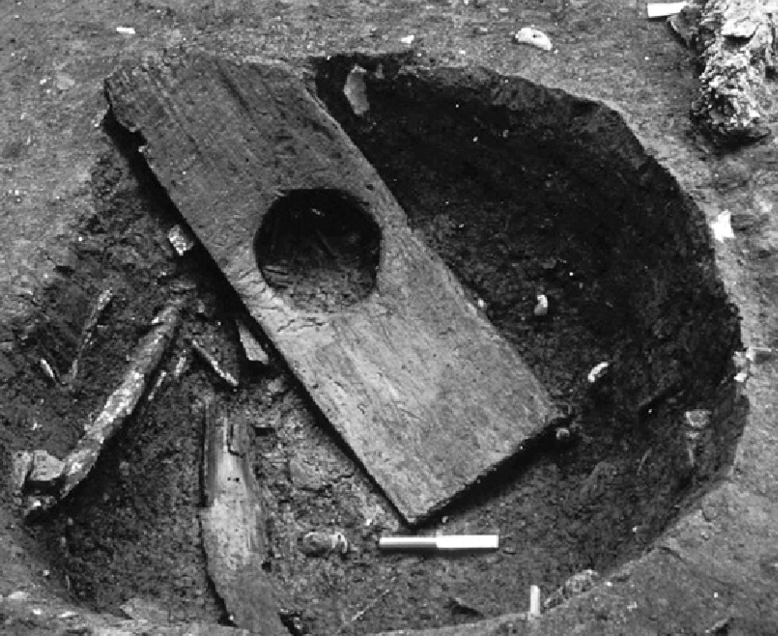 It’s unknown whether the conflict between the two men at the center of the meeting was ever resolved, but the Erfurt latrine disaster remains one of the most bizarre catastrophes of medieval Europe. Of course, it was also one of the grossest.

Had King Heinrich perished with some of the other nobility that day, the historical impact would have been significant. After his father Frederick I went on a crusade to the Holy Land on Easter in 1189, King Heinrich took over governance of the Roman Empire. He would later go on to block a revolt by Henry the Lion, the duke of Bavaria and Saxony, whose titles were stripped away thereafter.

Now that you’ve learned about the weird tragedy of the Erfurt latrine disaster, take a look inside the Dancing Plague of 1518, history’s oddest epidemic. Then, read about these strange deaths of 16 historic and famous figures.