Everyday Iran: What Hardliners In The US And Iran Don’t Want You To See 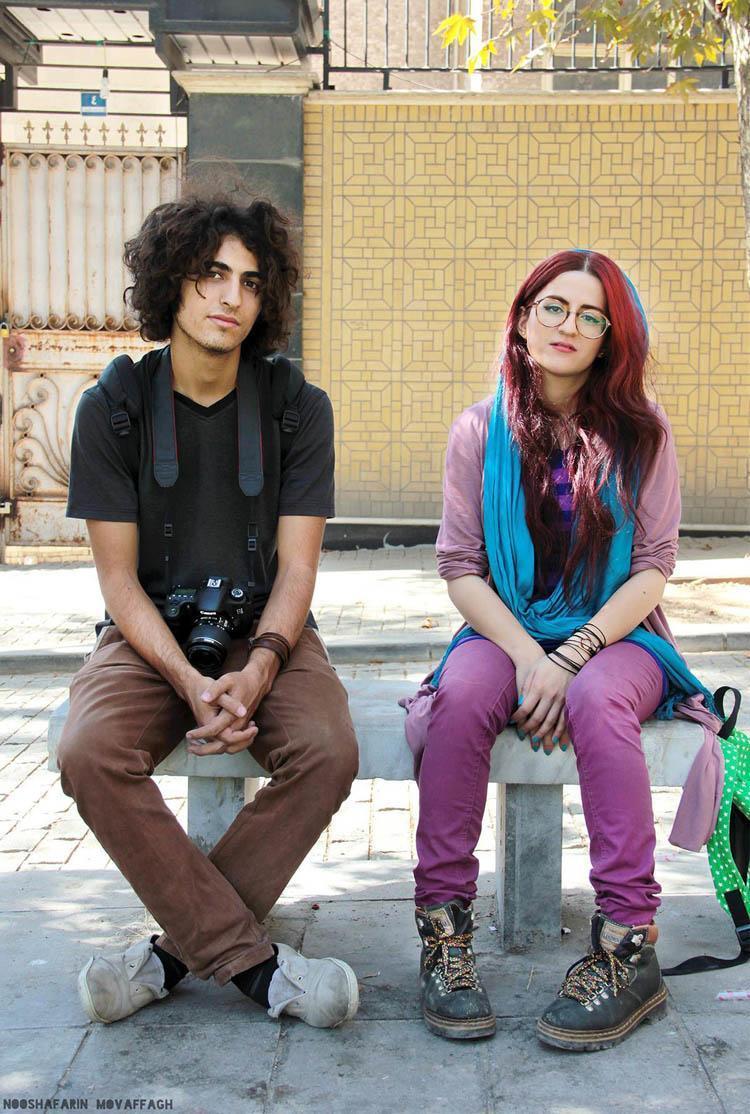 Every day, hardliners in Iran and the United States try to paint a picture of an Iran wholly opposed to Western modernity. But behind the political posturing are the actual people who live and work in Iran, and they don’t look as different as these leaders might like us to imagine. Just as there is no single understanding of what an American looks like, there is no essential Iranian, either. Like many countries, oppression and violence are a reality of everyday life, but overall Iran is a country striving to find a middle ground between staunch traditionalism and modern sensibilities, most notably in the area of Tehran, Iran’s cultural and industrial capital.

This photo gallery highlights the Iran most of us don’t normally get to see, and reminds us that an entire country should not be judged by its government, extremists or political landscape. 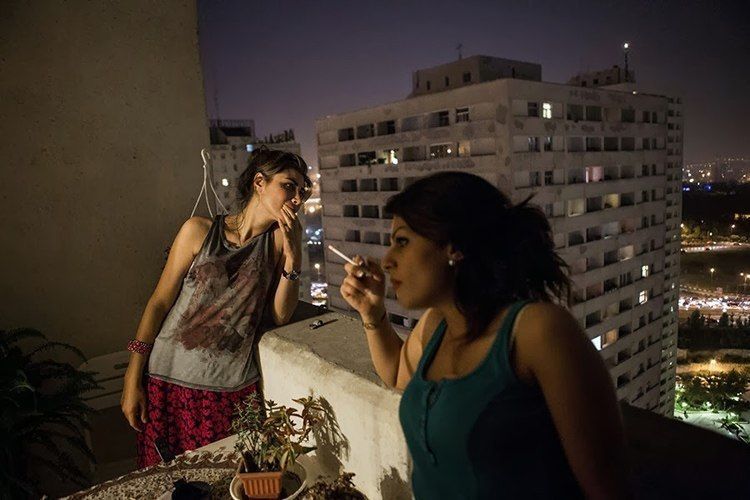 Taking in the view from the balcony. At home, women do not have to cover their heads or dress as modestly as they are expected to in public. Source: Imgur © Hossein Fatemi 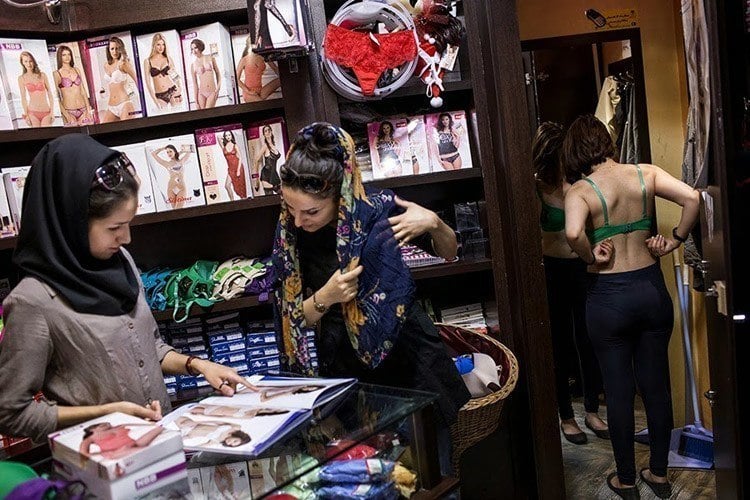 Browsing for undergarments inside a shop. Source: IMGUR © Hossein Fatemi 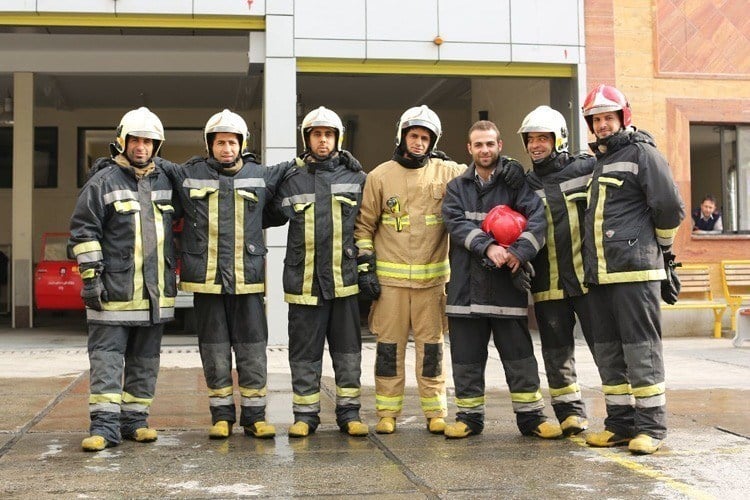 Firefighters outside of their station. Source:The Roosevelts 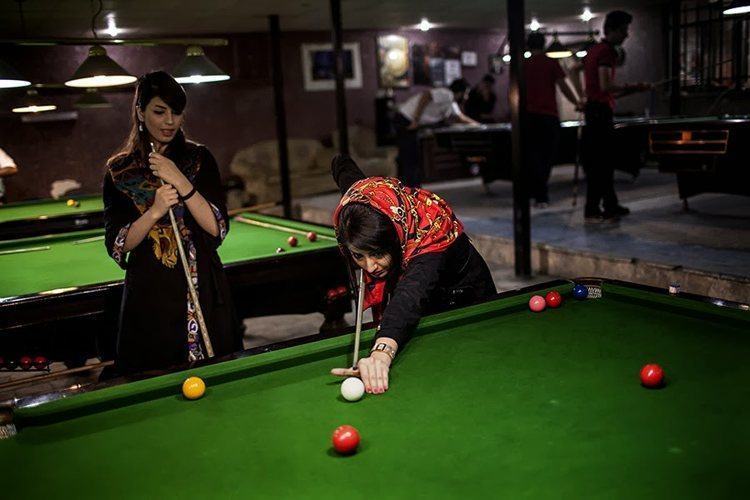 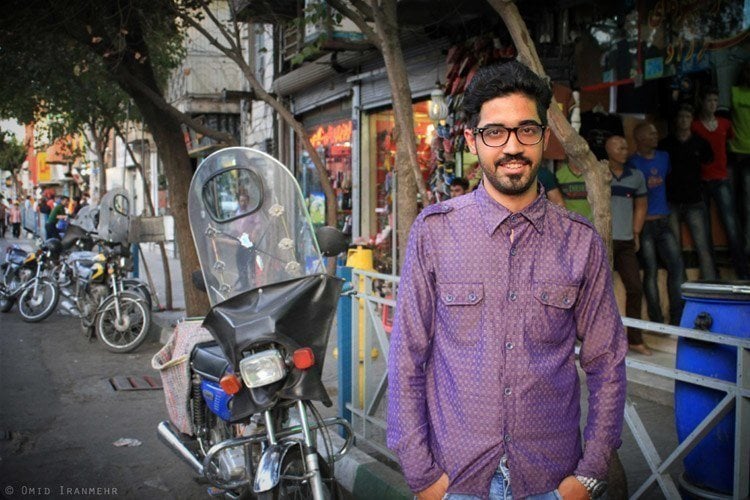 “When people find out that I’m from South Tehran, they immediately assume I’m a criminal or a thug. But I’m just an ordinary art student trying to make ends meet.” – Farzad seen near Emamzadeh-Hassan via Humans of Tehran. Source: Humans of Tehran © Omid Iranmehr 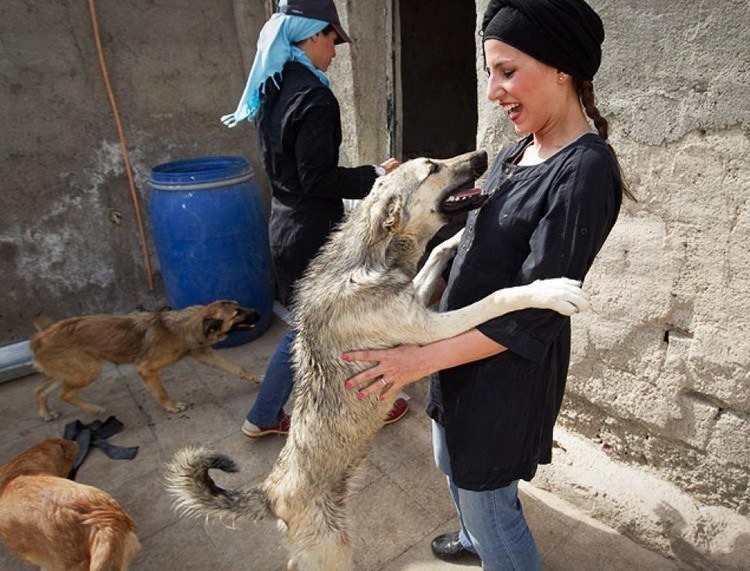 Though Islamic officials have set out to ban dogs as pets (saying that they are unclean and owning them is an imitation of Western practices) people will be people, and we tend to value the loyalty and friendship of canines. Here a woman bearing food donations for a non-government charity animal shelter plays with a homeless dog. Source: New York Daily News 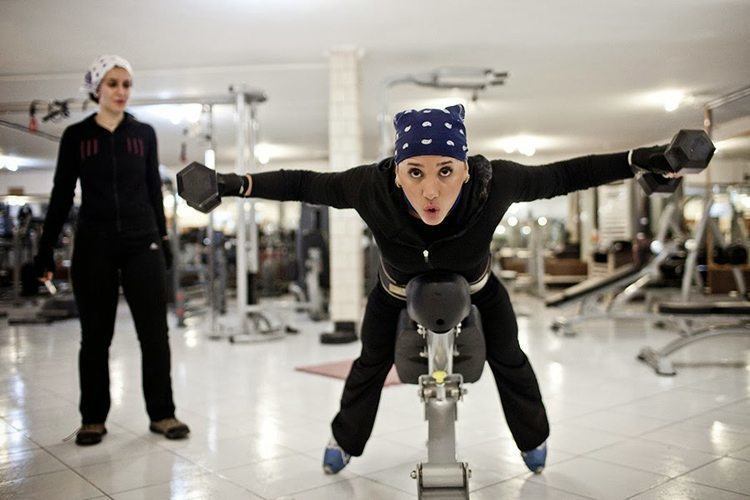 At the gym, where women and men work out separately. Source: Imgur © Hossein Fatemi 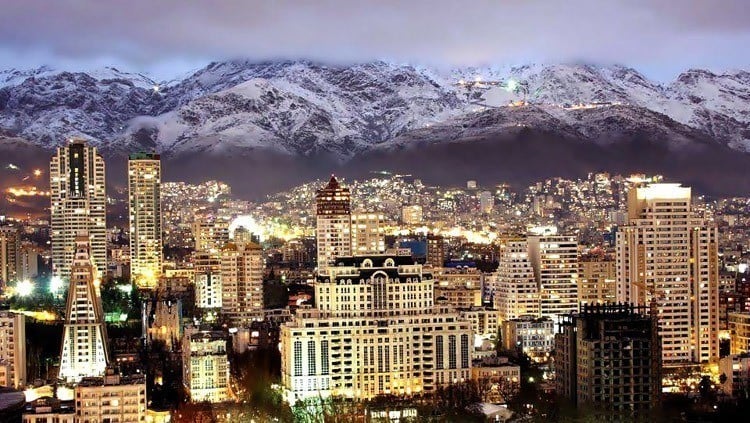 A beautiful shot of the mountainous Tehran skyline at dusk, a change from the desert scenes we are used to seeing. Source: The Roosevelts 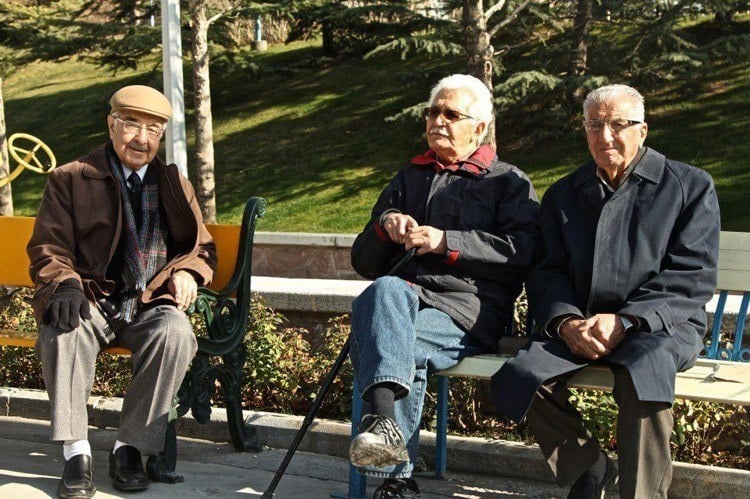 Old men instinctively gather to park benches the world over. Source: The Roosevelts 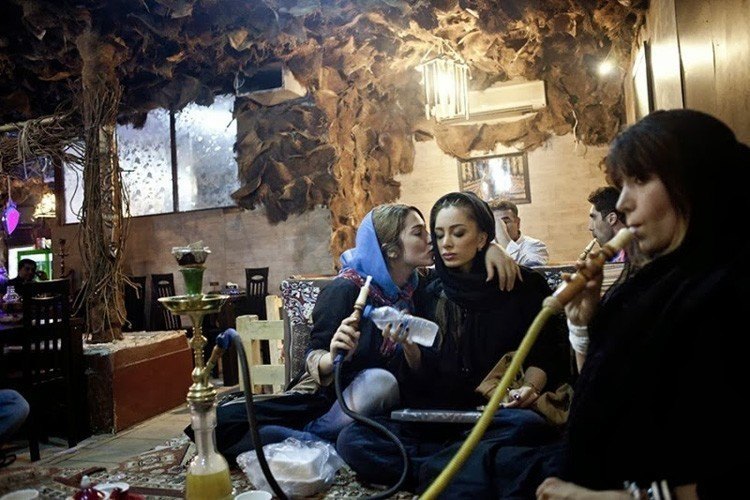 Inside a hookah bar, where women are still usually expected to be accompanied by a man. Source: Imgur © Hossein Fatemi 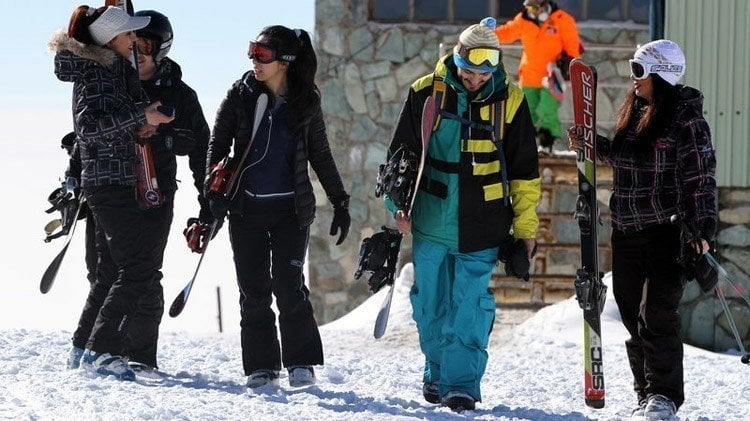 Snow is not what we usually think of in Iran; here are some skiers ready for some slope action. Even though men and women have been made to ski separately in the past, now it often is a co-ed activity (though such behavior is not formally authorized). Source: NPR Fatemeh Bahrami/Anadolu Agency/Getty Images 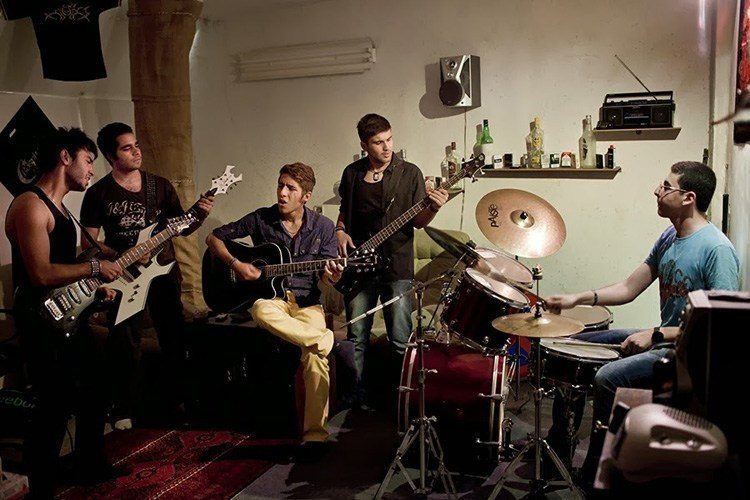 Rock music is forbidden by the government, but resourceful and dedicated bands find ways to practice in secret. Source: Imgur © Hossein Fatemi 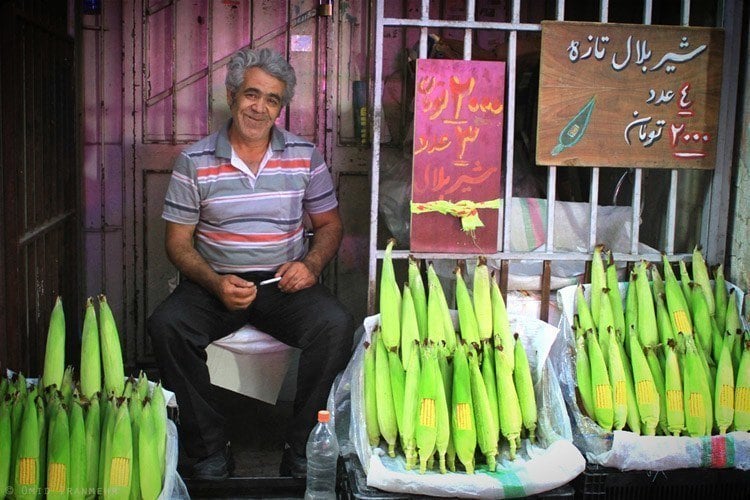 Sattar's business has fallen on some tough luck, like when a swindling business partner left him broke. But he had a friend to help him get through it. “There was a time I had completely lost faith in Tehran and its people," says the 61-year-old Azeri native. "But just when I thought I've had enough, along came a friend, who was -and still is- so amazing and so good, that I found myself falling in love with the city all over again.” Humans of Tehran 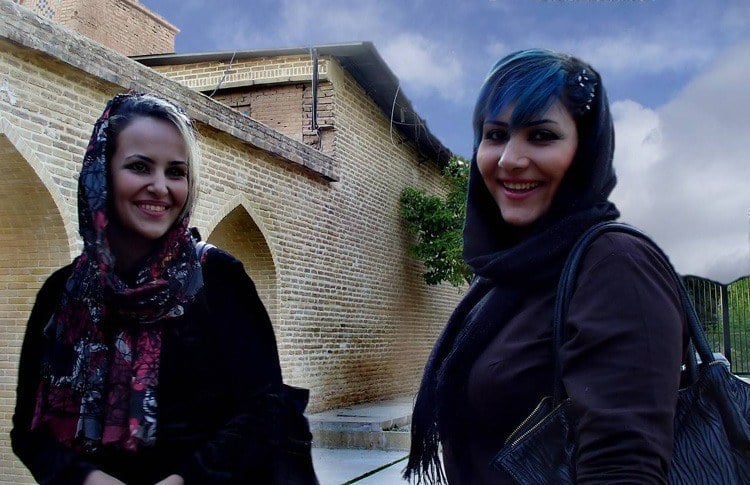 These young women only have smiles for the camera. Source: The Roosevelts 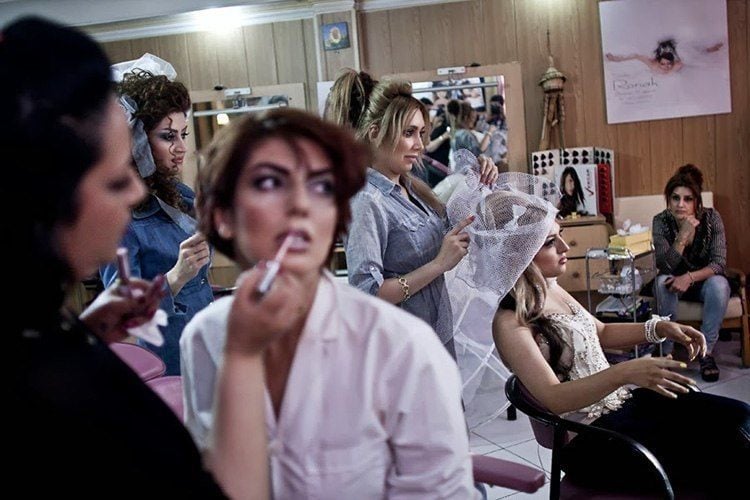 A beauty salon; at least one place where men are not allowed to enter. Source: Imgur © Hossein Fatemi 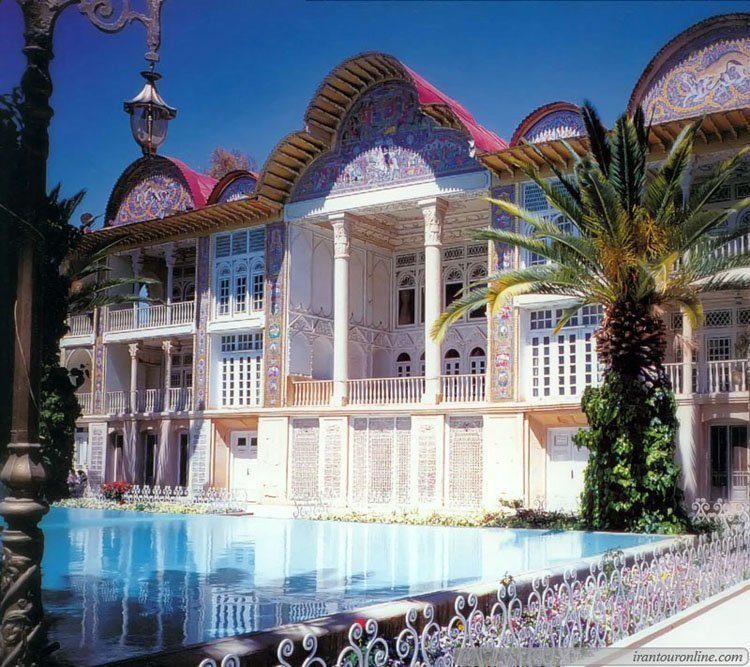 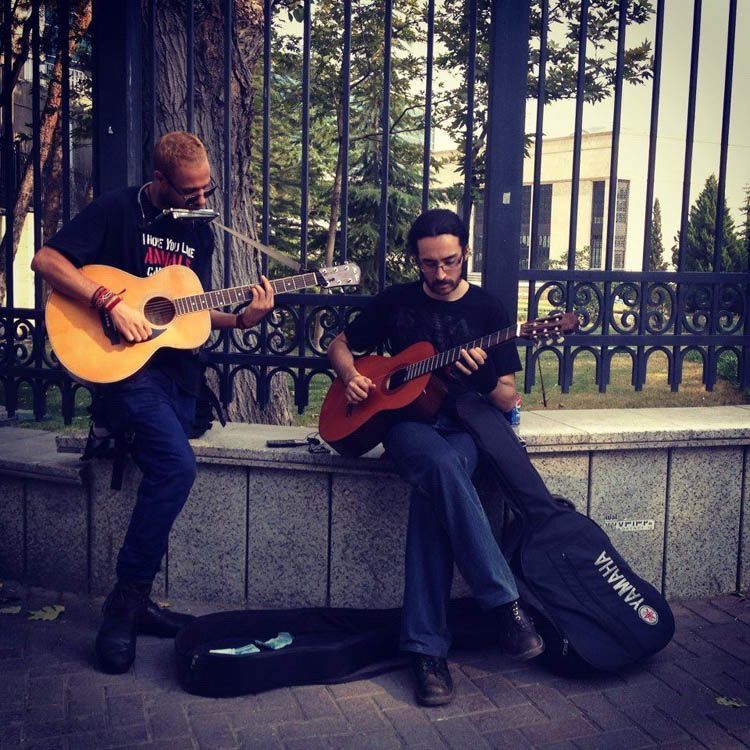 Street musicians entertain while trying to make a living. Source: The Roosevelts 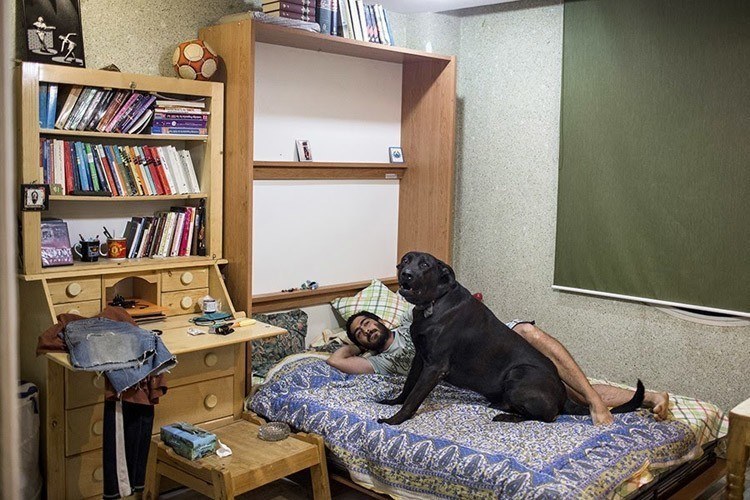 Even though dog ownership is extremely frowned upon, some people simply can’t resist their companionship. However, dog owners must keep their furry friends inside four walls to avoid their confiscation. Source: IMGUR © Hossein Fatemi 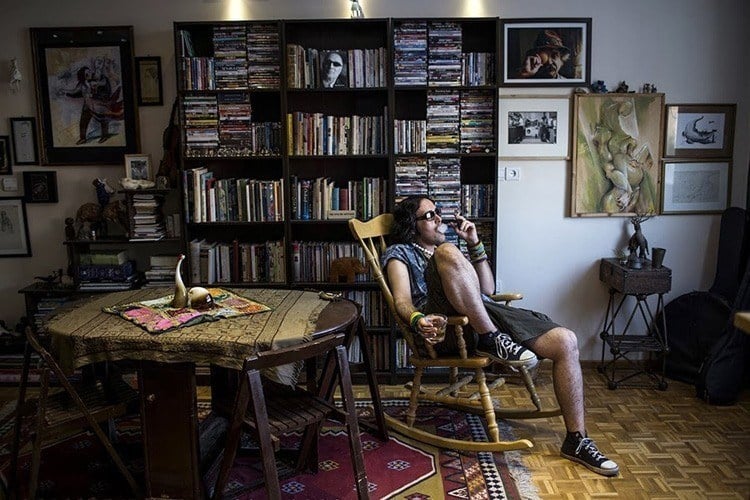 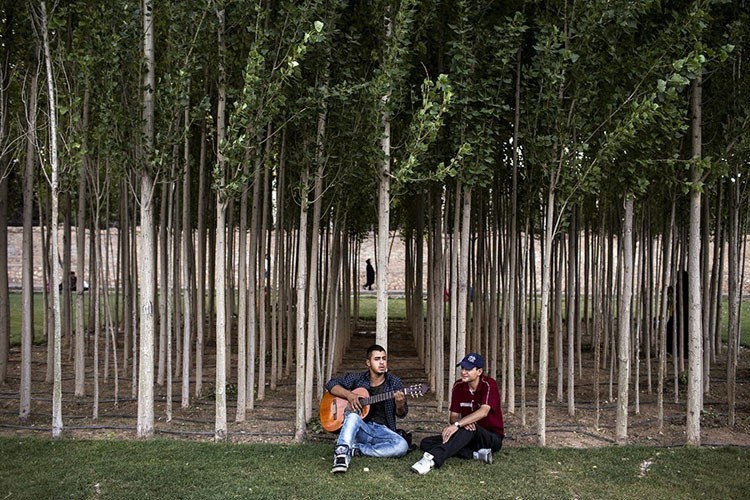 Music being played among a grove of trees. Source: Imgur © Hossein Fatemi

Want to learn more about Iran? Check out what the country looked like before the Islamic Revolution.