No More Exorcists: Young Priests Aren’t Taking Up The Calling 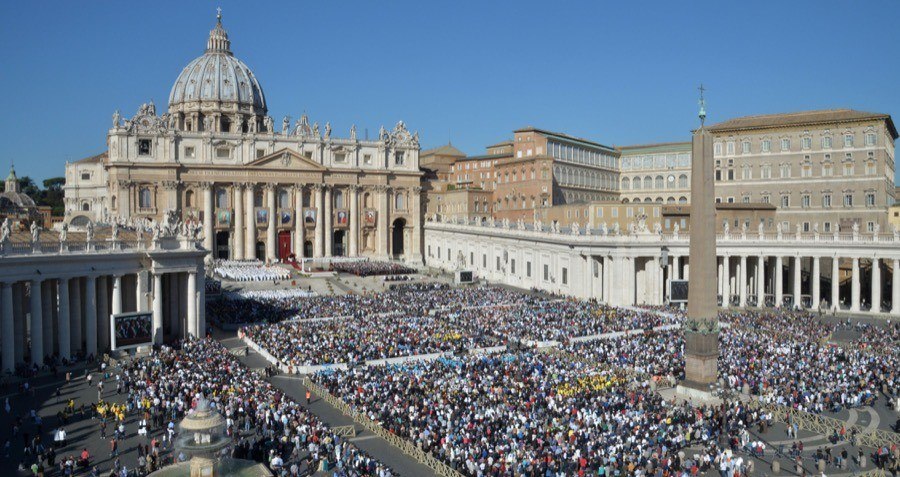 ANDREAS SOLARO/AFP/Getty ImagesSt Peter’s square and St Peter’s basilica in the heart of the Vatican.

The Vatican seems to be having an exorcist problem: There aren’t enough of them to go around.

According to the BBC, the field has become a graveyard, with little to no young priests taking up the calling. But, on occasion, someone still has to read the exorcism rites, and that now falls mostly on one 27-year veteran.

The BBC spoke to that man, 79-year-old Father Vincenzo Taraborelli. After the passing of the church’s most prominent exorcist, Gabriele Amorth, last month, Taraborelli is one of the last exorcists still open for business. His talents are so in demand that he fields 30 exorcisms a day, his mobile phone ringing constantly.

“I told the bishop that I can’t find anyone willing to do this. Many of them are scared. Even priests can be scared. It’s a difficult life,” Taraborelli said. “Before doing exorcisms I urge people to see a psychologist or a psychiatrist, and I ask them to bring me their prognosis. I’m in touch with many psychologists who send their patients here.”

Taraborelli conducts his demon-banishing business in a church in Rome, near the Vatican. His wall there is adorned with documents showcasing his qualifications amassed over decades of exorcisms.

According to Taraborelli, a typical one of those exorcisms looks something like this (with this one in particular concerning a married woman he had treated for 13 years):

“Another man, who was a Satanist, wanted her. She refused. So this man told her: ‘You’ll pay for this.’ He cast so-called spells to attract her to him, twice a week. Then they came to me, in this room. I started to pray, and she went into a trance. She would blurt out insults, blasphemies. I quickly understood she was possessed. As the rite continued, she started feeling worse and worse. So when I told the devil: ‘In the name of Jesus, I order you to go away’, she started to vomit little metal pins, five at a time. Aside from pins she would also vomit hair braids, little stones, pieces of wood. It sounds like something from another world right? Instead, it’s something from this world.”

During exorcisms like this one, Taraborelli’s main tools are a taped-together copy of the Catholic Church’s exorcism rites and a cross used to expel evil spirits. His desk is littered with papers and his cabinet is filled with hundreds of small angel statues.

Nevertheless, when asked about the legitimacy of his profession, he seemed to scoff:

“Well, someone who isn’t a believer doesn’t believe in the devil either. But someone who believes knows that the devil exists, you can read it in the gospel. Then you only need to see how the world is nowadays. It has never been this bad. These violence acts are not human. So terrible, like IS.”

Indeed, the official Catholic Church position on being possessed by demons is that it is certainly a real phenomenon. In fact, demonic possession is what some in the church believe to have caused the murder of 85-year-old French priest Jacques Hamel this past July. Two ISIS-related militants — presumably possessed — came into his church and stabbed the man to death while he shouted “Be gone, Satan!”

Next, discover some of the bizarre treatments that join exorcisms among the strangest historical cures for mental illness. Then, delve deeper into the world of modern-day exorcisms.
Finally, read the horrific true story of the exorcism of Anneliese Michel.