"It looks like two rear-ends on a fish, really," one expedition member said. 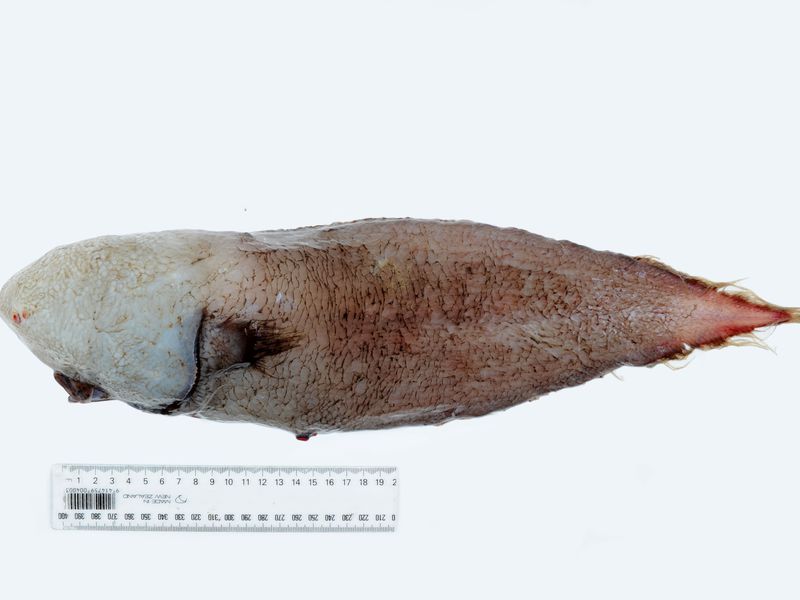 They had never heard of anything like it — no visible eyes, mouth, or gills — and thought they may have discovered a new species.

“Everyone was amazed,” Dianne Bray wrote on the expedition’s National Environmental Science Program blog. “We fishos thought we’d hit the jackpot, especially as we had no idea what is was – some sort of cusk eel, kind of…We even conjured up possible new scientific names!”

They took to calling it the “Faceless Cusk.” 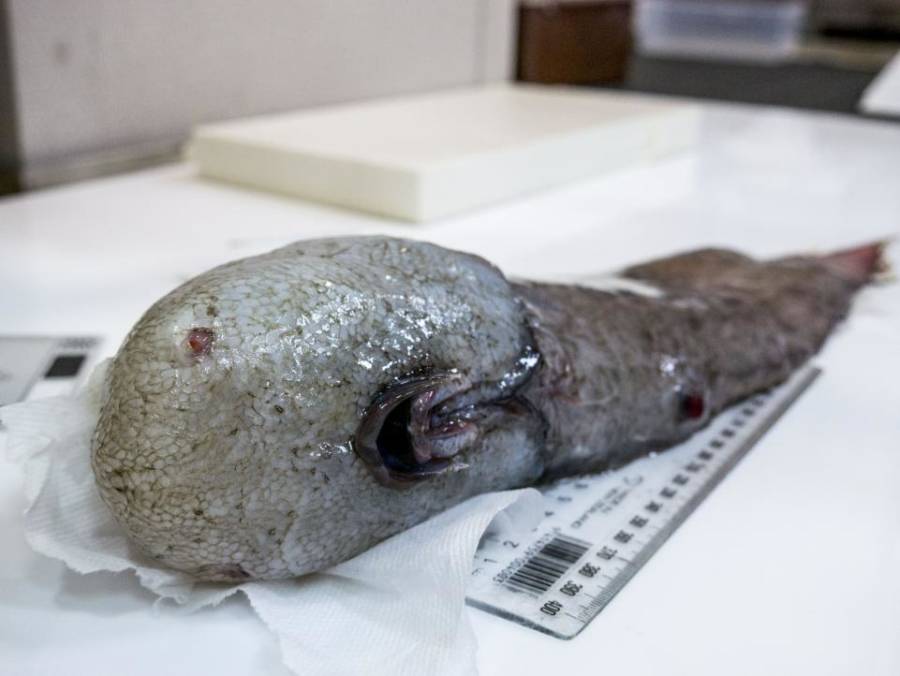 “It looks like two rear-ends on a fish, really,” Tim O’Hara, the leader of the expedition, told The Guardian.

After a bit of in-depth research, the team from Museum Victoria and Australia’s Scientific and Industrial Research Organization learned that they actually weren’t the first humans to come face to face with … or should I say, to meet this animal.

It makes sense that they wouldn’t know that at first, though, since the Typhlonus nasus (Faceless’s scientific name) hasn’t been seen around Australia for more than a century.

“One of the really neat things about this strange fish is that it evokes the spirit of the Voyage of HMS Challenger, the world’s first round the world oceanographic expedition,” Bray wrote. “Typhlonus nasus was first collected on 25 August 1874, from a depth of 2440 fathoms (14,640 feet) in the Coral Sea just outside what is now Australia’s Exclusive Economic Zone.”

The fish does actually have eyes — they’re just embedded deep beneath the skin and probably pretty useless.

It also has a mouth, which is situated on its underside.

Though it is one of the expedition’s most bizarre finds, no-face-fish isn’t the only rare discovery of the voyage.

Using a trawl, or a kind of dragging device that scrapes the seafloor while being pulled by a five-mile cable, they’ve seen dinner plate-sized sea spiders, glowing sea stars, a very rare chimaera, and a fish with photosensitive plates that sit on its head. 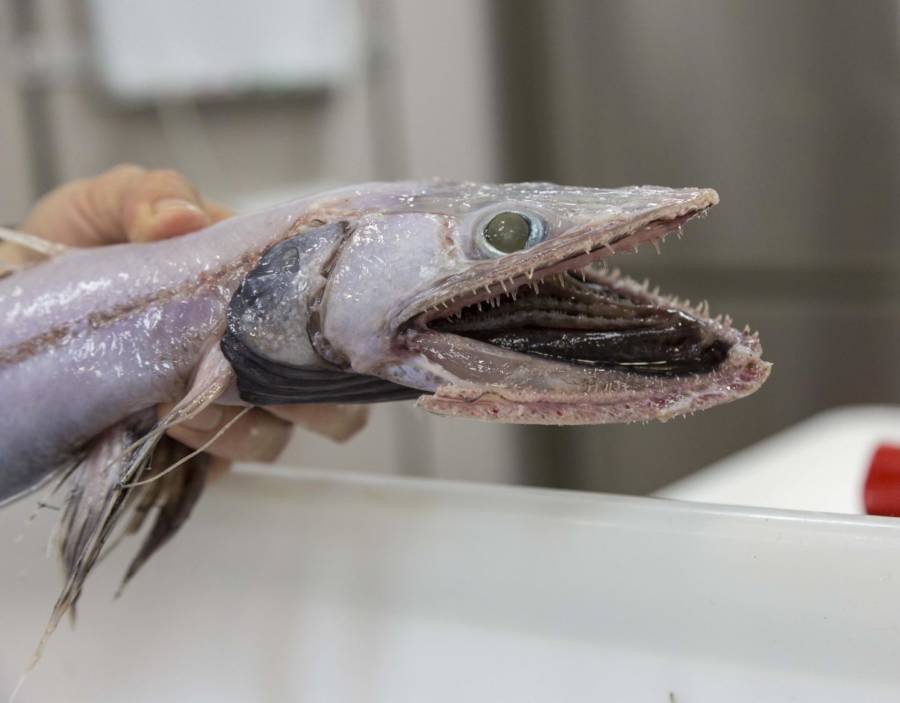 “The experts tell me that about a third of all specimens coming on board are new — totally new — to science,” O’Hara said. “They aren’t all as spectacular as the faceless fish, but there’s a lot of sea fleas and worms and crabs and other things that are totally new and no one has seen them ever before.” 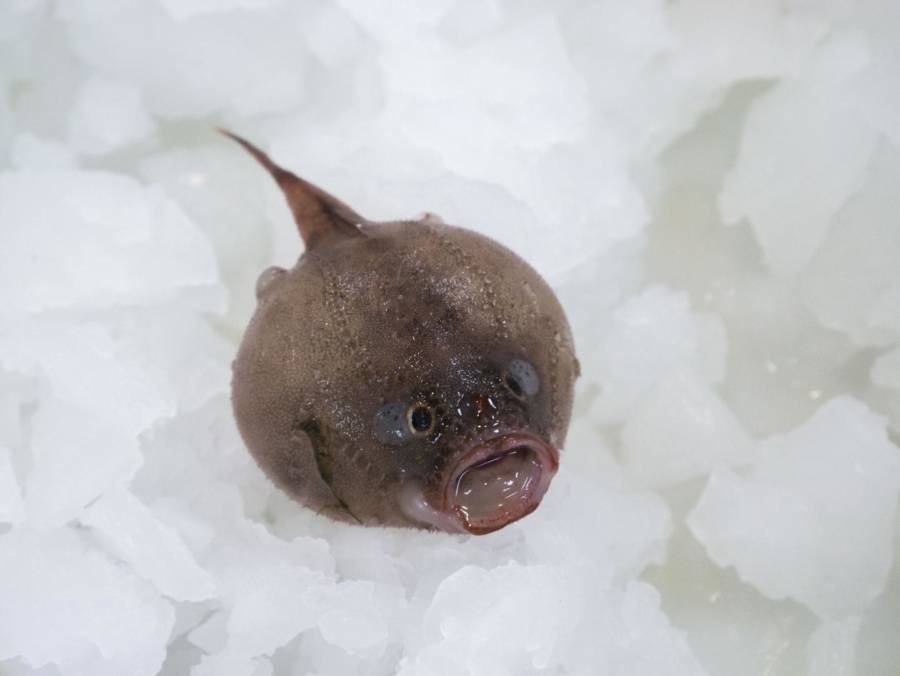 There’s also, he added sadly, a lot of garbage. Pipes, cans of paint and ship debris have gotten caught in their net.

“It’s quite amazing,” he said. “We’re in the middle of nowhere and still the sea floor has 200 years of rubbish on it.”

The team hopes to make more exciting discoveries before the expedition ends on June 16.

Researchers are pulling up some weird and wonderful creatures from the deep off Australia's east coast.Read more: http://ab.co/2r6mHYa

Next, check out this tiny fish that injects predators with opioids. Or, learn about the huge mystery creature that recently washed ashore in Indonesia and turned the water red.