Over 500 millions years, these types of creatures have evolved into 10,000 species and we keep finding stranger and stranger new ones. 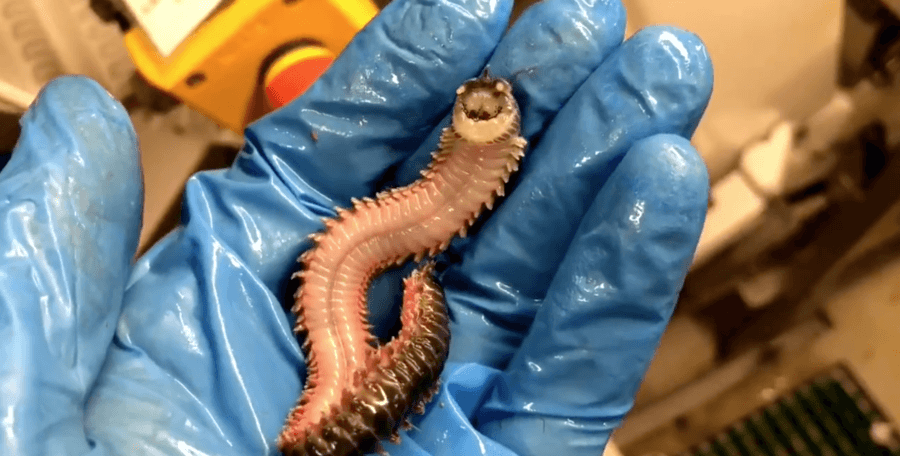 TwitterThe marine bristle worm that was discovered by Roman Fedortsov.

A Russian fisherman that’s gained fame with his deep-sea creature discoveries has just shared his latest find via social media — a bizarre “smiling” worm that is definitely the creepiest thing that you’ll see today.

Roman Fedortsov posted a video of the worm to his Twitter account and displayed the strange creature in all its creepy glory.

The worm — which apparently lives in the depths of the ocean where it sees little sunlight — appears to be smiling at first glance, with a series of spots that look like the eyes and nose of the worm alongside an opening in a crescent shaped that looks like a mouth.

But when the video plays, the worm shockingly turns this “face” inside-out and reveals a completely different face that looks like something out of Alien.

To make things even creepier, Fedortsov added a sound effect to the video that he posted on Twitter on Nov. 13 to convey how he imagines this worm might sound if it had the ability to scream.

The caption on the video reads: “If the creature could scream, it would scream like this.”

Although the worm appears to possess a menacing grin, expert Mark Siddall of the Museum of Natural History in New York City says that the “smiling face” isn’t actually there, according to Live Science.

Siddall, who is a curator at the museum’s Division of Invertebrate Zoology, credits the camera angle for the appearance of the “smile” in the worm.

He says that the worm is a polychaete, or a marine bristle worm. These types of worms live in the coldest temperatures in the ocean and have apparently managed to survive five mass extinctions.

Bristle worms are characterized by the small bristles called chaetae that appear all around their bodies. Those bristles are what help these quickly move around, burrow, tube, crawl and swim. 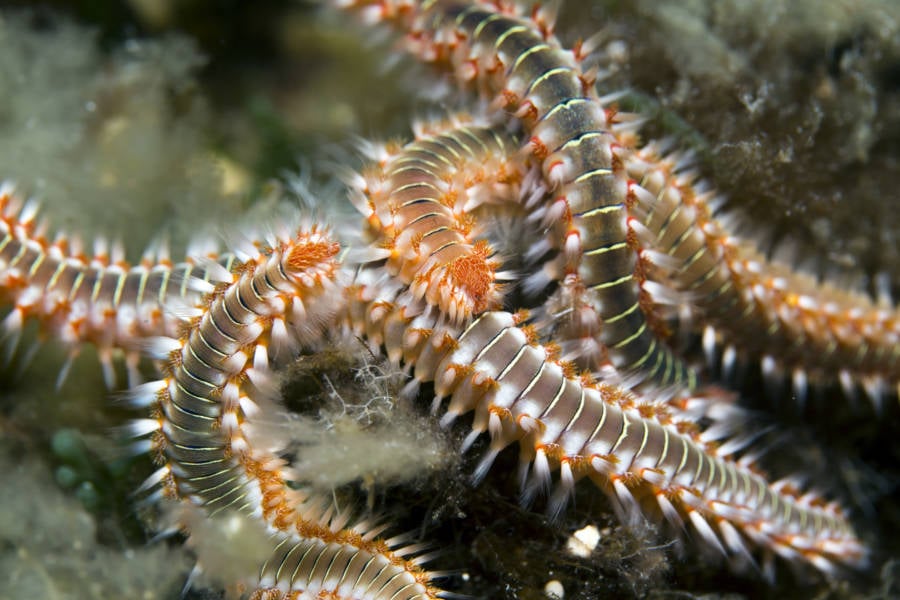 New species of marine bristle worms can pop up during any given deep-sea expedition, which is exactly what happened here with Fedortsov’s discovery.

This particular worm specifically belongs to the the family of nereids, according to Siddall, but the specific species that it belongs to is still unclear.

A previous Live Science report stated that the head on this worm’s “head” is actually a retractable pharynx that unravels and extends with its jaw to reach and grab food. When that pharynx is curled into the worm’s body, it gives off the appearance of a smiling face.

Although the worm looks kind of cute at first, it reveals its terrifying nature in just a few short seconds that will surely scar you for the rest of your day.

Next, read about frozen worms that were resurrected after more than 30,000 years. Then, check out the “hairy sea monster” that washed up on a Russian shore with no eyes and no head.