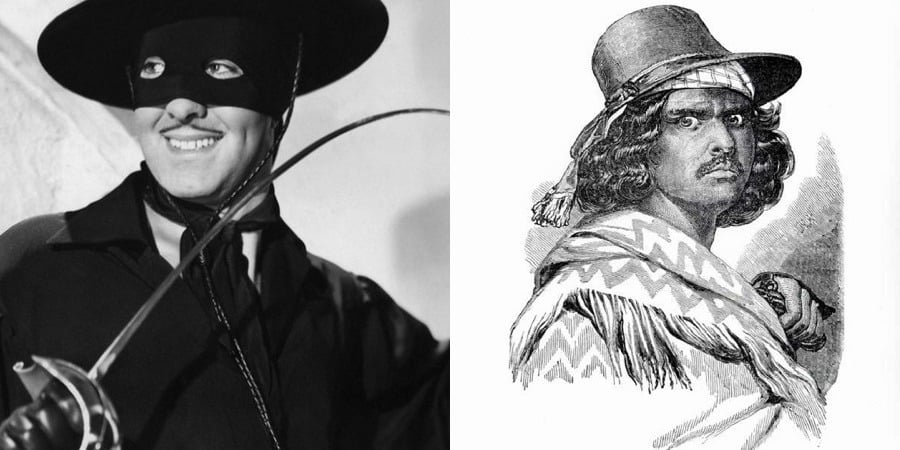 Whether it be through the countless novels or films, we’ve all heard of Zorro. But as impossibly dashing and stylized as he is, this vigilante of justice known for his skillful swordplay may not be completely a product of author Johnston McCulley’s imagination.

In the 1800s, California resident Joaquin Murrieta’s life changed forever when he found out that his wife had been sexually assaulted and his family murdered. This heinous act had been carried out by American miners, most likely resentful of Murrieta’s success in gold mining.

As in all vigilante backstories, the authorities couldn’t–or wouldn’t–provide justice, encouraging this “Mexican Robin Hood” to take the law into his own hands. While he didn’t tote a mask to conceal his identity, Murrieta formed a gang and was ultimately responsible for a string of retaliatory killings and bank robberies. This spree continued until 1853 when the Texas Rangers eventually caught up with Murrieta and killed him.