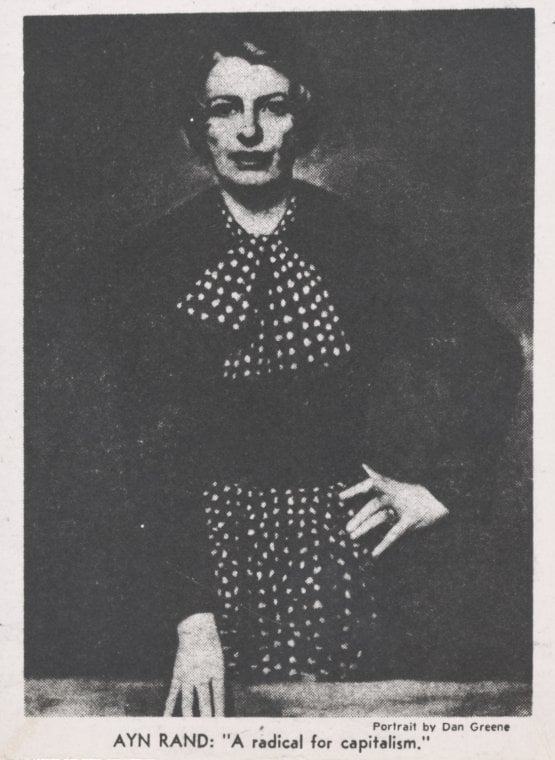 At the extreme opposite end of the ideological spectrum from Che Guevara stands Ayn Rand.

Born Alisa Rosenbaum in 1905, Rand was a Russian-born Jewish girl whose family’s wealth was expropriated by the Soviets during the communist revolution of 1917. This would surely later inform her founding of the famous philosophical movement called Objectivism.

This movement promoted what Rand called “rational individualism,” wherein outcomes — good or bad — match a person’s individual effort alone. Rand’s movement, formed in response to emerging socialist models, vehemently opposed any form of “collectivism,” which Rand and her disciples essentially regarded as the devil itself.

For several decades, Rand oversaw a cult of acolytes, which included such names as former Federal Reserve Chairman Alan Greenspan, who adored her every utterance and worked to spread the individualistic gospel to the unenlightened masses.

Though Rand died in 1982, her legacy has endured, with young people across America continuing to pore over her books and parrot philosophical, and perhaps misquoted, gems such as, “The question isn’t who is going to let me, it’s who is going to stop me.”

Likewise, at the heart of Objectivism is the firm belief that any form of collective action is wicked, and that almost the worst thing a government can do is rob “high-value” people via taxation and then redistribute it to low-productivity citizens.

She thus religiously opposed the New Deal, Great Society, and welfare programs of any kind. In a Randian paradise, government would hardly exist and the poor would enjoy precisely zero protection or support from the rich.

However, Rand didn’t necessarily practice what she preached — at least later in life. Indeed, Rand lived off of royalties from her 185-million-page books and contributions from her followers, who ironically called themselves “the Collective.”

From these men and women, Rand took money and favors, including adulterous affairs which she rationalized as being the only “logical” course of action. Quickly swelling up into a domineering cult leader, Rand eventually excommunicated her chosen heir (and married lover) Nathaniel Branden for, of all things, cheating on her with a younger woman.

Late in life, as her disciples left her for jobs at places like the Federal Reserve, Rand became increasingly isolated and spent her last few years living alone in her New York apartment and collecting Social Security and Medicare under her married name of Ayn O’Connor.