Known as “The Enforcer,” Frank Nitti ruthlessly orchestrated untold murders for Capone — but always had the smarts to keep his own fingerprints off the gun. 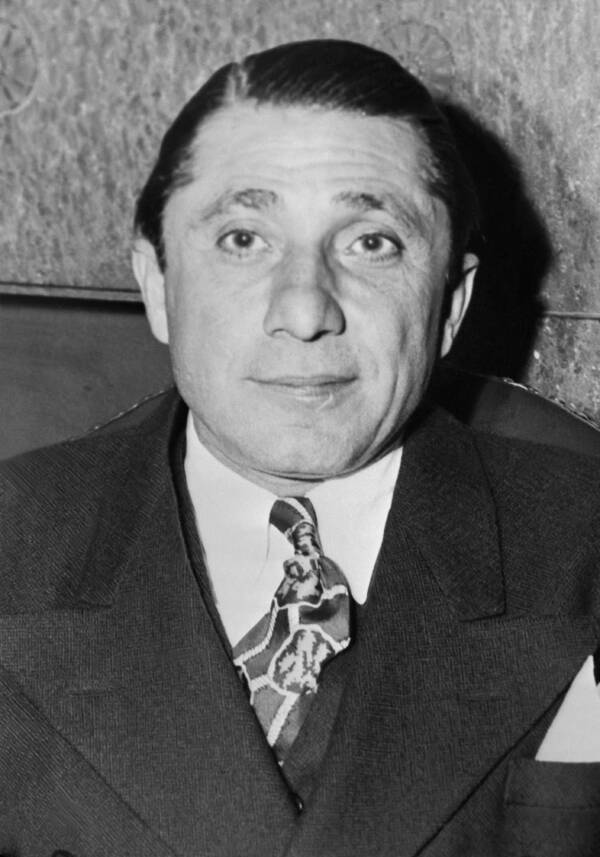 When legendary Chicago mob boss Al Capone was imprisoned on income tax charges, he hand-picked his first cousin, Frank Nitti, as the new gangland boss. Already Capone’s most ruthless enforcer, Nitti would go on to survive at least one attempt on his life and extort millions from Hollywood movie studios — but was forever haunted by the claustrophobic prospect of a prison cell.

And while Billy Drago memorably portrayed the infamous mobster in Brian DePalma’s The Untouchables, the film depicted Nitti as a sadistic weirdo. The real Nitti always made sure that his fingers were never on the trigger, no matter how many killings he ordered. And the real Nitti was not killed by Prohibition agent Eliot Ness, as seen in the film. Instead, he took his own life in a painful fashion.

This is the true story of gangster Frank Nitti. 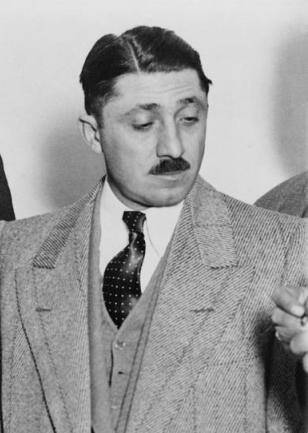 FlickrFrank Nitti in 1930, just before his rise to power in the Chicago Outfit.

Born Francesco Raffaele Nitto in Angri, Italy on Jan. 27, 1888, Nitti emigrated to the U.S. at age 12 and took on the Americanized name Frank Nitto. The media would always refer to him as Nitti, but he preferred Nitto. His family settled in Brooklyn, and his cousin Al Capone’s family lived nearby.

He moved to Chicago around 1913, and worked as a barber but soon got into the side business of jewel thefts, fencing stolen goods, and liquor smuggling. Johnny Torrio was the crime boss overseeing Chicago, the underworld of which was in its infancy at the time. However, with the onset of Prohibition, the U.S. government had inadvertently birthed a lucrative new criminal revenue stream.

Competing bootlegging gangs fought for control, and criminal loyalties between gangs were shifting and fluid. Torrio had previously brought a new soldier to Chicago from Brooklyn, Al Capone. It was Torrio and Capone who plotted the ambush and murder of the previous Chicago boss, “Big” Jim Colosimo.

The bootlegging rivalries were heating up. In January 1925, Capone escaped an attempted hit unscathed. A few days later Torrio was shot several times outside his home in the company of his wife. He survived but threw in the towel — and handed his organization over to Capone.

Capone started to trust his cousin Frank Nitti with his life. Organized and financially astute, Nitti was placed in charge of cash flow for Capone, and soon was given the nickname “The Enforcer.” Nitti shone by arranging gangland murders and making sure they could never be pinned on him. 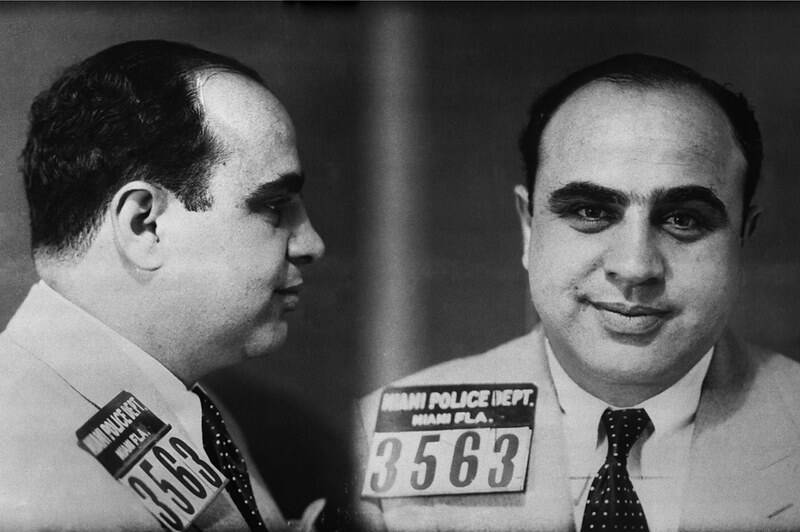 Following his 18-month stint for tax evasion, Nitti was placed into the leadership role by Capone while the boss waited out his sentence. A trusted lieutenant of Capone’s, Nitti managed the distribution of liquor from Canada to Chicago speakeasies, earning the gang hundreds of millions of dollars. With the repeal of Prohibition around the corner, the old Capone gang was evolving into the Chicago Outfit.

Frank Nitti had an all-star team of criminals supporting him. Paul “The Waiter” Ricca, a future Outfit boss, was shrewd and strategic, but a little inexperienced in the early 1930s to oversee the entire operation. Ricca had served as acting boss while Nitti himself served a shorter sentence, also for tax evasion. Ricca’s protégé, the young Anthony Accardo, was another up-and-comer who would ultimately become the Outfit’s all-powerful Godfather. Accardo’s leadership potential was evident, and Ricca would go on to say, “Accardo had more brains for breakfast than Capone had in a lifetime.”

On Dec. 19, 1932, the new boss of the Outfit, was in his office at 221 North La Salle Street in Chicago. Suddenly, a number of police officers, led by Detective Sergeants Harry Lang and Harry Miller, burst into his office. The newly elected Mayor, Anton Cermak, had ordered the raid. Entering the office Lang fired immediately, hitting Nitti three times in his back and neck. Lang then shot himself, ensuring it was only a minor flesh wound, and claimed he was acting in self-defense.

Nitti survived but was subsequently arrested for the attempted murder of the police officer. In February 1933 Nitti was acquitted after court testimony revealed Chicago Mayor Cermak ordered the hit. He wasn’t happy with Nitti’s lack of obedience and wanted him removed from the scene in favor of more subservient gangsters.

During the trial, Detective Sergeant Miller testified that his colleague, Lang, had received $15,000 to kill Nitti during the raid. A uniformed officer present testified that Nitti had been unarmed. The pretense of law and order was hinted at when both Lang and Miller were fired from the police force. But by then, Lang had been elected business agent of the Hebrew butchers union. It was business as usual in Prohibition-era Chicago, but Prohibition was about to end — and the Outfit was about to expand its horizons. 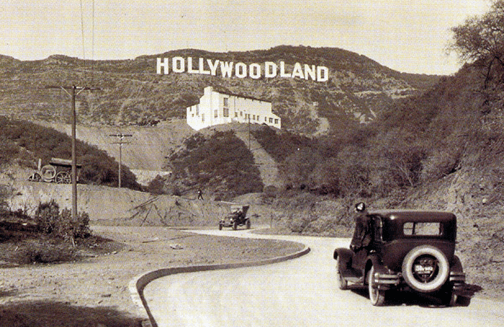 FlickrHollywoodland in the late 1920s.

By 1935, according to the Chicago Tribune, Frank Nitti’s own finances were a mess. His illegal income was substantial, but he blew vast amounts of it on gambling. So, he decided to extort the Hollywood motion picture industry.

In less than three months, Bioff scored $250,000 in cash for the Outfit from studio bosses at Warner Bros, 20th Century Fox, and Paramount. They happily paid off Nitti and the Outfit via Bioff to avoid union wage increases.

Eventually, a federal grand jury was convened and heard testimony from studio head Harry Warner. On May 23, 1941, indictments for extortion and tax evasion were issued for Nitti, Bioff, and the Outfit administration, including Paul Ricca. Bioff immediately cooperated with the U.S. attorney. He revealed the entire scheme in return for immunity from prosecution and retention of his payoffs over the last decade. And more indictments were on the way for Nitti and Ricca.

The Lonely Death Of Frank Nitti 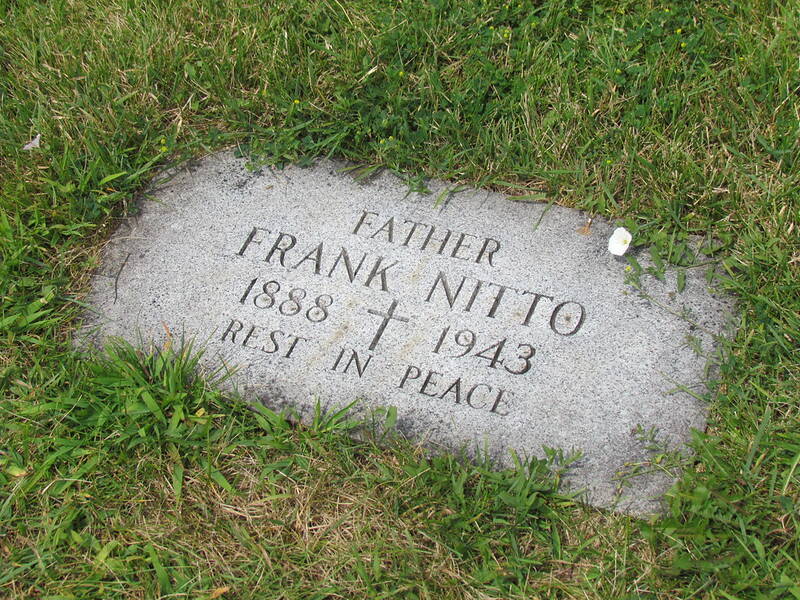 On March 18, 1943, the law was closing in on Frank Nitti and the Outfit. Ricca and other underbosses drove to Nitti’s house in the Chicago suburb of Riverside. In a telling indication of the balance of power within the Outfit, Ricca insisted that Nitti plead guilty to the charges to limit the Outfit’s exposure.

The indictments had jeopardized the entire organization — and Nitti was expected to take the fall.

The following morning, March 19, Nitti received a call from his lawyer — New York indictments had been issued. Nitti asked his wife to attend church for the Novena prayer, then drank himself into a stupor from the liquor cabinet and left the house with his revolver.

Witnesses on that day reported Nitti drunkenly weaving around a railyard near his home before he eventually sat down, using the gun to take his own life. as reported by the Chicago Tribune. Nitti’s severe claustrophobia left him with no choice when faced with the prospect of serious prison time.

And although Nitti wished for a painless death, that’s not how it unfolded. The Outfit boss had to shoot himself twice, with the final shot going through his jaw and out the top of his head, leaving a smoking hole in his fedora.

Now that you’ve read about the Chicago Outfit “Enforcer” Frank Nitti, learn about Prohibition agent Eliot Ness, who squared off against Capone. Then, learn the brutal story of later Chicago godfather Sam Giancana.