Known as "Big Tuna" and "Joe Batters," Tony Accardo ruled the Chicago Outfit for over 40 years — and he only spent one night in jail. 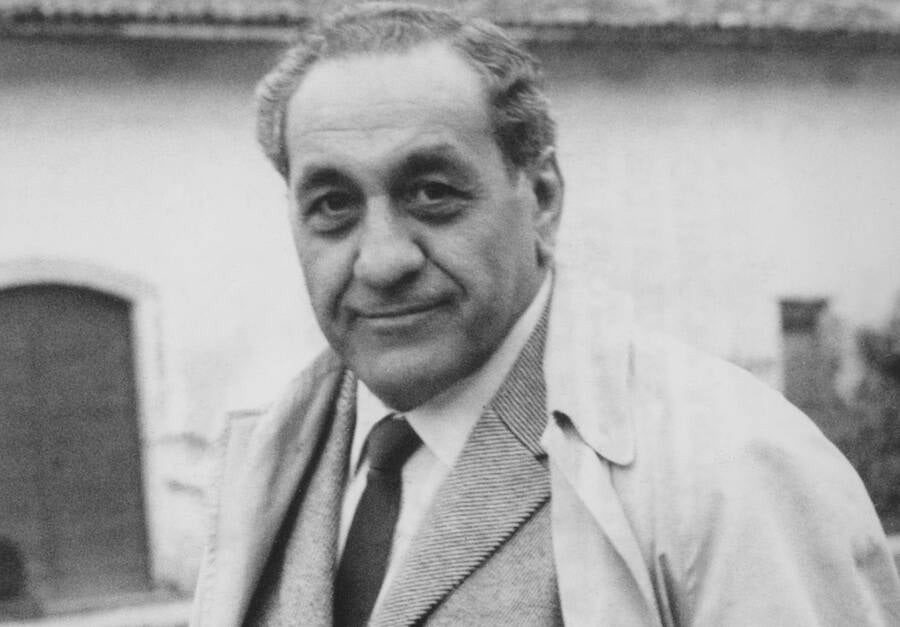 In Prohibition-era Chicago, there was no question that Al Capone ruled the city’s underworld. But in 1931, the fearsome mobster was put behind bars for tax evasion. Though he was eventually released, his health had so declined that he was unfit to lead the Chicago Outfit. And for a while, it was unclear who the best man for the job would be. Enter Tony Accardo.

Though Accardo started out as one of Capone’s low-ranking associates, he quietly moved up in the ranks of the Chicago Mafia as time went on. He worked as Capone’s chauffeur and bodyguard before becoming captain of his own street crew. And eventually, he would take over the entire Outfit.

Working from the shadows rather than the limelight, Accardo reigned over the Chicago mob for over 40 years. During that time, he used his status to move the criminal organization into new operations and territories — bringing it more power and wealth than it had seen in years.

Accardo never reached the same level of notoriety as Capone. And to this day, not nearly as many people know Accardo’s name. But many experts believe that’s one of the main reasons for his success — and a testament to his intelligence. As one mutual associate put it: “Tony Accardo has more brains before breakfast than Al Capone ever had all day.” 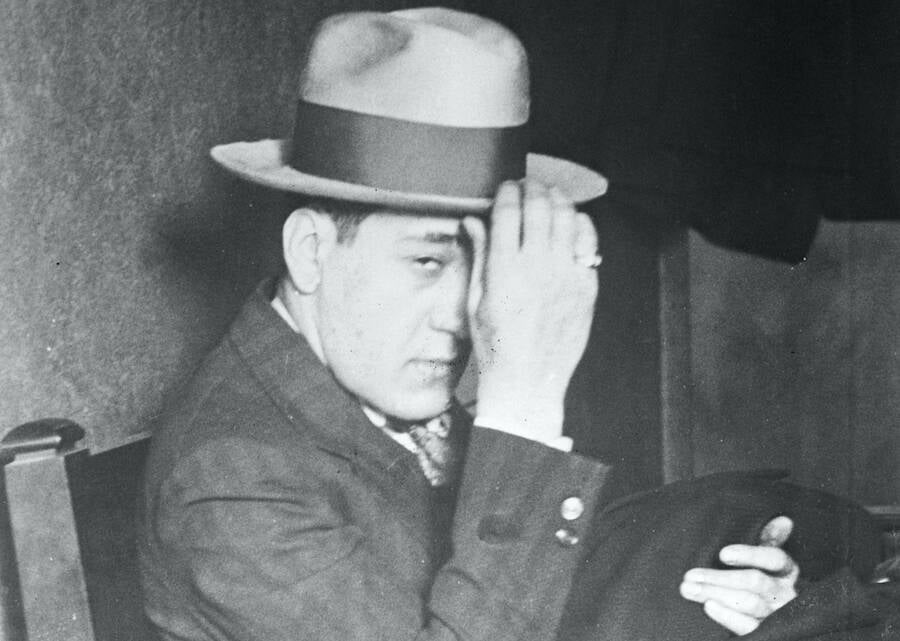 Bettmann/Contributor/Getty ImagesA young Tony Accardo in 1930, when he was still moving up in the ranks of the mob.

Born Antonino Leonardo Accardo on April 28, 1906, the future kingpin grew up in the “Little Sicily” area of Chicago. His father was a humble shoemaker and his mother was a homemaker. He was the second of six children.

After leaving school as a young teenager, Accardo joined a group of local hoodlums. Made up of more thrill-seekers than professional criminals, this group would often rob stores and steal cars to entertain themselves. However, Accardo would not hesitate to use violence to get his way — which impressed the more experienced misfits of the crew.

By the mid-1920s, Accardo had already met Al Capone. And at age 20, Accardo was officially initiated into the Chicago Outfit. Both a violent and obedient man, Accardo was eager to prove his loyalty to the mob. And what better way to do that than by taking out his rage on traitors?

Early on in his career, Accardo allegedly tracked down colleagues who had betrayed Capone — and beat them to death with a baseball bat. Apparently pleased with his work, Capone gave him the nickname “Joe Batters.”

But despite his violent tendencies, Accardo also had a reputation for a quiet and calm demeanor that allowed him to climb the ranks of the Outfit faster than anyone had ever done before. Not only was he able to work for Al Capone as his personal chauffeur and bodyguard, but he also gained something even more valuable than experience: the trust of Public Enemy No. 1.

In fact, Capone trusted Accardo so much that he may have even asked him to participate in the 1929 St. Valentine’s Day Massacre. In this infamous incident, four unknown men viciously gunned down seven men who worked for George “Bugs” Moran, Capone’s most notorious rival.

While it remains unknown if Accardo was one of the gunmen, there’s no question that he would’ve done just about anything for Capone.

The Rise And Rule Of Tony Accardo 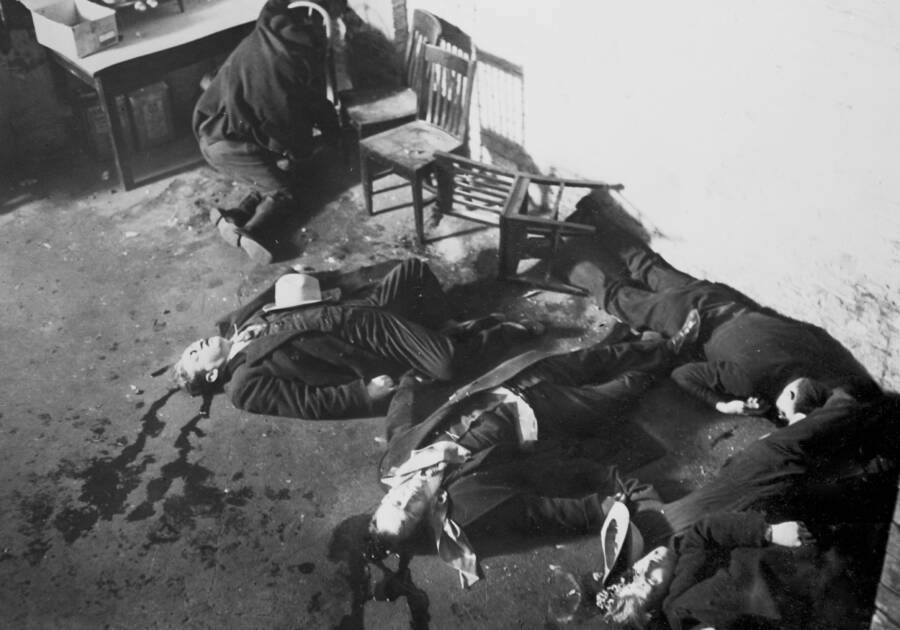 The St. Valentine’s Day Massacre sent shockwaves throughout Chicago, causing the government to crack down harder on organized crime in the city. And that wasn’t the only setback for the mob. In 1931, Capone was found guilty of tax evasion and sent to prison. Then, in 1933, Prohibition ended.

Around this same time, Accardo was made “capo” – or captain — of his own street crew. While he was slowly becoming an important voice in the Outfit, he wasn’t ready to become the boss of the whole operation just yet.

For a while, Frank Nitti stepped up to take Capone’s place as boss. But Nitti quickly found himself in a tangle of legal issues, and he died by suicide in 1943. In the meantime, Paul Ricca tried to take control as the boss. But Ricca also found himself in trouble with the law, and he was soon locked up.

Luckily for Accardo, he was a close confidant of Ricca, who had actually named him as his underboss before going to prison. So by the mid-1940s, Accardo was the day-to-day boss of the Chicago Outfit. (That said, when Ricca was released from prison a few years later, the two men were said to share some power in practice for at least some time.)

Accardo used his new status to steer the Outfit toward gambling. Specializing in bookmaking, Accardo took control of the wire services that carried racing information. That way, he could help bookmakers set the odds and collect on bets. Along with identifying new sources of income, Accardo also moved the Outfit into new areas of the city and beyond.

Before long, the mob was wealthier than it had been in years.

But judging by Accardo’s relatively modest lifestyle, you might not guess that he was a wealthy man. If anyone asked him what he did for a living, he was a beer salesman — and a “good” one at that. He was also the husband of his wife Clarice, with whom he had two daughters and two adopted sons.

Unlike Capone, whose lavish lifestyle had attracted the attention of law enforcement, Accardo preferred to work from the shadows.

Thanks to his discreet style, Accardo’s influence on organized crime was both immense and invisible at the same time. It’s no wonder why FBI agent William F. Roemer Jr. called Accardo the “genuine godfather.”

The Legacy Of A “Genuine Godfather” 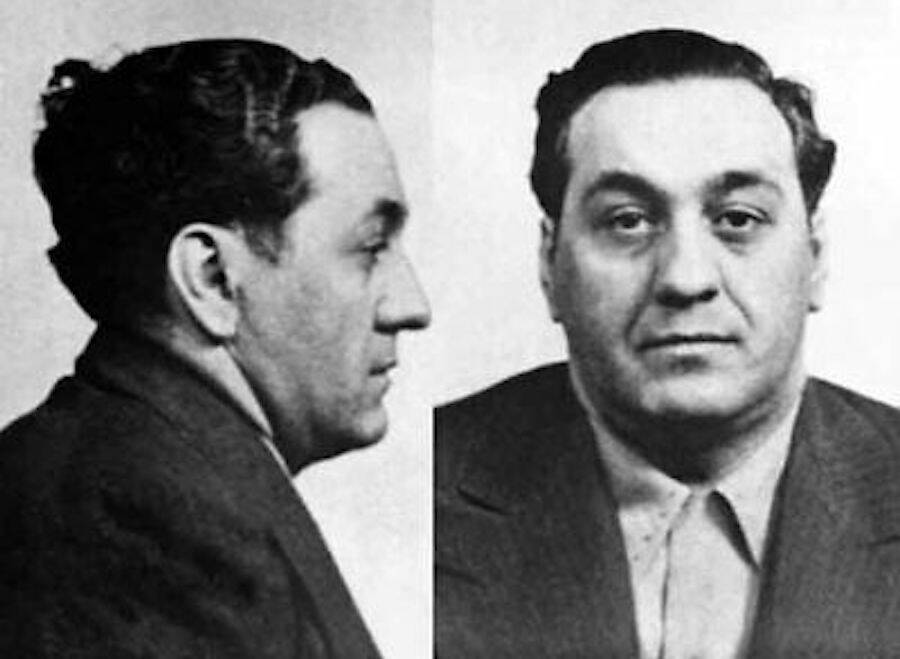 Though Accardo technically “retired” from being a Mafia boss in the late 1950s, he continued to pull the strings as a consigliere. Rather than stepping down from a position of power, he stepped aside. And as he distanced himself from the Outfit, Accardo began to enjoy the spoils of his job.

He threw an extravagant wedding for his daughter, took his wife on an extended vacation to Europe, and picked up deep sea fishing as a hobby. A photo of Accardo standing with a freshly caught 400-pound tuna fish would later earn him a new nickname in the press: “Big Tuna.”

Much like other mobsters, Accardo wasn’t spared from the suspicion of the police. He also wasn’t immune to time in court. But despite receiving multiple convictions for several crimes, Tony Accardo only ever spent one day in jail — when he was picked up for questioning in a gambling case.

In the early 1960s, it seemed like Accardo was in danger of serving a prison sentence. Though he had vowed not to make the same mistakes as Capone, he was found guilty of tax evasion. However, this conviction was later appealed, and Accardo was ultimately acquitted after a retrial.

But Accardo’s troubles were far from over. It soon became clear that there were some issues with the new Outfit boss, Sam Giancana. While Accardo had advised Giancana to “keep your head down,” Giancana did not listen. Much like Capone, Giancana craved attention and loved the limelight. 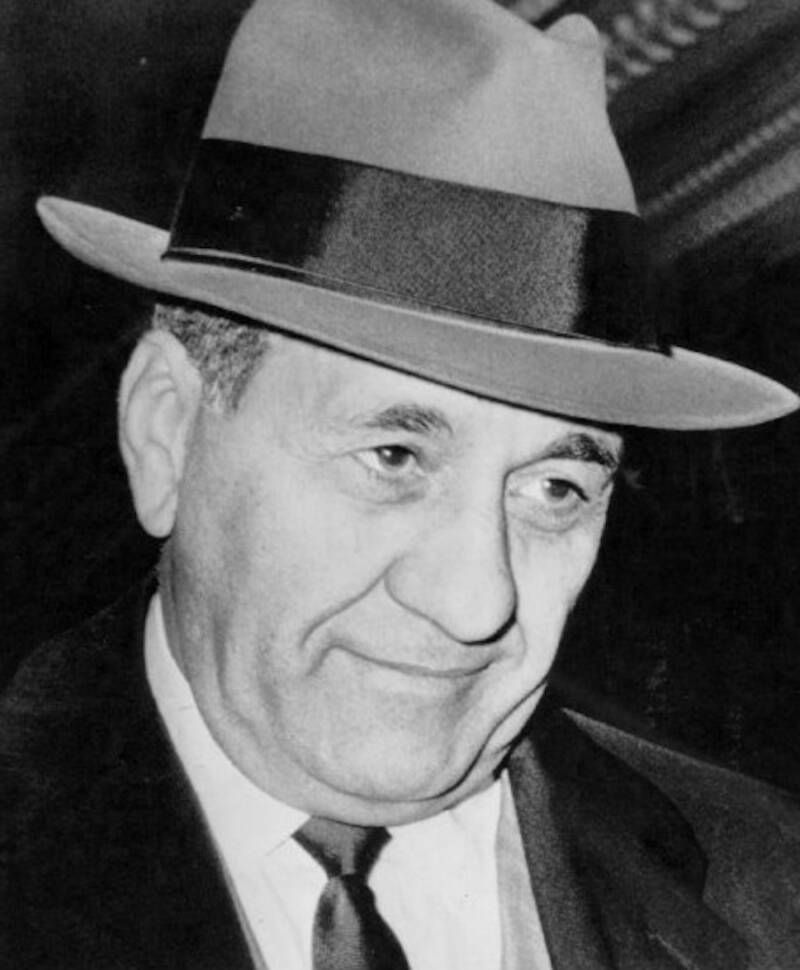 Wikimedia CommonsIn his later years, Tony Accardo would fiercely deny that he was ever a mob boss.

The Outfit did not do well under the leadership of Giancana, and he was eventually imprisoned in 1965. While he was released a year later, he soon fled to Mexico to avoid any further grand jury questioning. But even in Mexico, Giancana was unable to keep a low profile. With his persona as flashy as ever, he quickly attracted the attention of the police.

In 1974, Giancana was arrested by Mexican authorities and returned to America. Much to his dismay, he was later called as a witness before a grand jury. But he never went on — because he was murdered in 1975.

While it was never confirmed that Accardo ordered the hit, many experts believe that no one but Accardo would’ve been powerful enough to do so. Still, whenever Accardo was called to court to testify on his involvement with the Outfit, he firmly denied any and all allegations. Even as he got older, he continued to insist that he was a beer salesman and nothing more.

“I have no control over anybody,” he said. “I’ve never been a boss.” While authorities clearly knew he was up to no good — and continued to investigate him in his later years — they never pinned anything on him.

Tony Accardo died on May 22, 1992, from congestive heart failure and acute respiratory failure. He was 86 years old — a remarkable achievement for someone who had spent most of his life in such a dangerous business.

The Chicago Crime Commission credited Accardo’s long life to his insistence that the Chicago mob should stay away from drug trafficking — which exerted a corrupting influence on many other criminal organizations.

“His death marks the end of the Capone era,” the Chicago Crime Commission added. “There’s nobody else left now.”

Now that you’ve learned about Tony Accardo, read more about Al Capone, his infamous predecessor. And if you think Al Capone was a ruthless gangster, take a look at his bloodthirsty brother Frank Capone.