The parents say their third grader's school tried to hide the bullying from them. 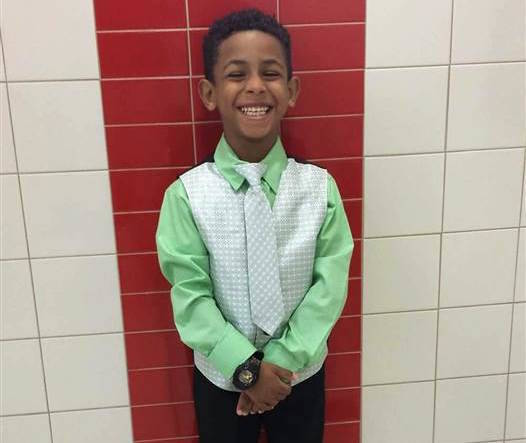 The parents of an 8-year-old boy who hung himself are suing the school for withholding details about its “treacherous” bullying environment, according to a lawsuit filed this month against the Cincinnati Public School district.

Gabriel Taye wasn’t a “cool kid” in his third-grade class. He was smart and quiet and liked to dress up and wear neckties for school.

But his parents say they had no idea how bad the bullying was and that the school had neglected to inform them of one particular bullying incident in which they allege their son was knocked unconscious for a full seven minutes by his peers.

The incident was recorded on school surveillance cameras and reviewed by a homicide detective after Gabriel’s death. In an email to the school, he said he saw a level of bullying that “could even rise to the level of criminal assault.”

But school administrators interpreted the footage differently. “It is our firm position that the allegations portrayed in the media are not supported by the video,” they said after the recordings were released to the public.

Here’s what they indisputably show:

Gabriel seems to be shaking hands with another boy before falling onto the bathroom floor. He then lies motionless for some time as other kids step over his legs and poke his face.

Eventually, at least three adults enter the bathroom, kneeling down to Gabriel Taye.

After about seven minutes, he stands up and leaves with the adults.

“The school nurse checked Gabriel’s vital signs, which were normal,” the school said in a statement about what happened next. “She also contacted Gabriel’s mother and asked her to pick him up and take him to the hospital to be checked out.”

This, they maintain, was the proper procedure.

Gabriel’s mom, Cornelia Reynolds, disagrees. She says they purposefully hid what had happened in the bathroom from her.

Gabriel Taye stayed home from school the day after the incident, then returned to class the following day. That afternoon, Cornelia found him dead in his room.

There is a “culture of violence at Carson Elementary School that the school hid from the parents,” the lawsuit alleges.

Mallory’s parents are also suing the school and considering suing the parents of the girls who bullied their daughter.

After learning about Gabriel Taye’s tragic death, read about how social media is likely to blame for record suicide rates among teen girls. Then, check out the story of a Holocaust survivor who just won a lawsuit against Ultra-Orthodox Jewish sexism.