Is Social Media To Blame For Record Suicide Rates Among Teen Girls? 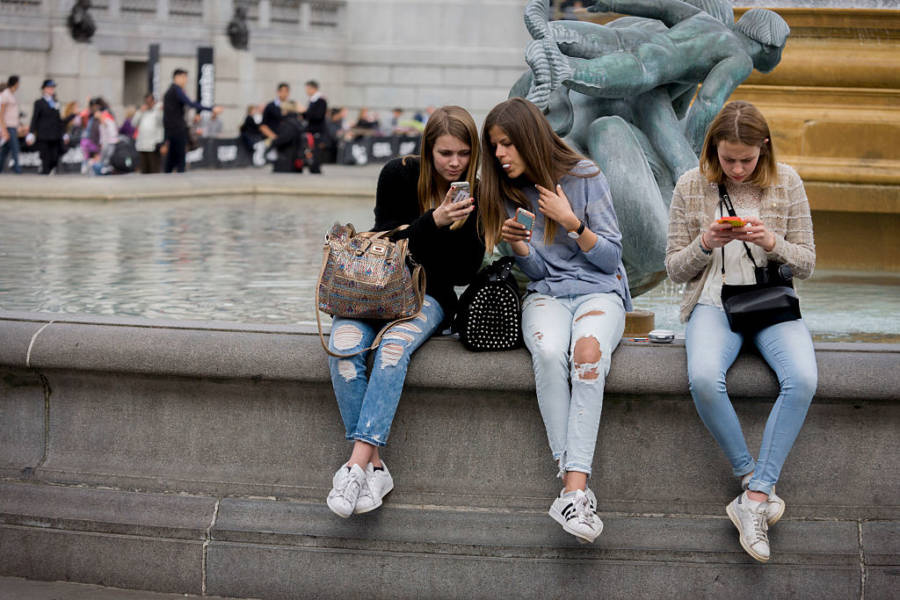 In Pictures Ltd./Corbis via Getty Images

Today, more young American women ages 15 to 19 are committing suicide than ever before.

According to new data from the National Center for Health Statistics, teenage girls in the U.S. are now committing suicide at a rate of 5.1 deaths per 100,000 girls, the highest rate recorded since they first began keeping track of suicide rates in 1975.

Between then and now, suicide rates among teenage boys peaked in the mid-1980s into the 1990s, whereas the rates for females peaked in 2015 (the latest year on record) and show no signs of declining soon.

Between 2007 and 2015 alone, both genders showed significant upticks in suicide rates, with the rates increasing 31 percent in young men and doubling in young women.

Despite the greater increase in young women, men are still committing suicide at a rate nearly four times that of women, accounting for 77.9 percent of all suicides.

This imbalance, experts say, has to do with the differences in method.

“If you look at suicide attempts by girls, it’s typically that girls attempt suicide about four to one or three to one over boys, yet boys complete suicide in the reverse,” Carl Tishler, a psychology professor at Ohio State University who was not involved in the report, told CNN. “That tends, we think, to have to do with the modality of suicide attempt.” 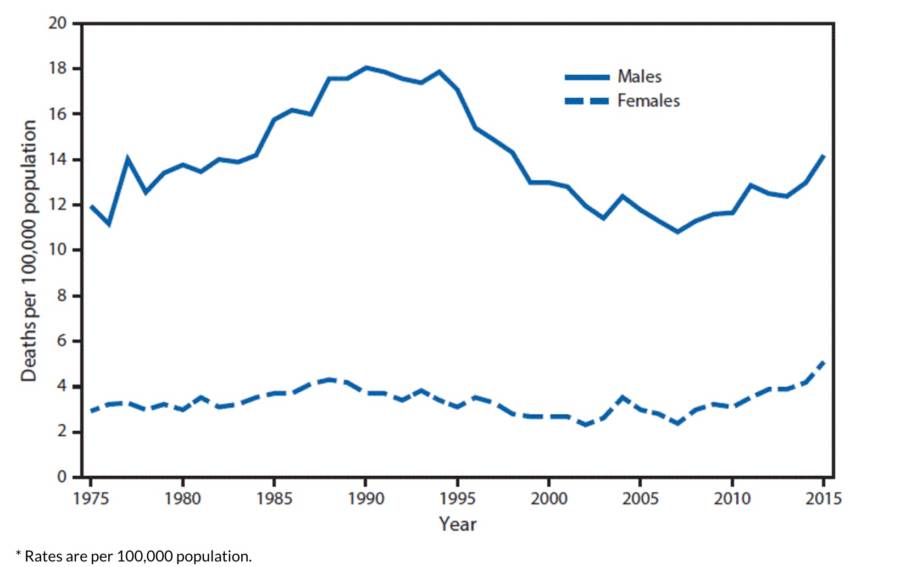 Centers for Disease Control and PreventionSuicide rates for teens ages 15-19 years, by sex in the United States between 1975 and 2015.

The report did not say why the frightening increase in suicides is occurring, but several theories have been proposed.

It’s possible, Tishler said, that girls have easier access to more deadly pills now than they used to.

Given the timing of the increase (spiking within the last decade in particular), social media and internet use are other likely culprits.

Cyber bullying is thought to be more prevalent among young women and a study from the National Institute on Drug Abuse found that eighth-graders who spend more than ten hours per week on their phones are 56 percent more likely to report being unhappy.

The average American uses their smartphone for about one hour and 40 minutes per day.

The world-rattling change caused by mobile technology has created a generation — dubbed iGen by author Jean Twenge — drastically different than any of its predecessors.

People of this generation are 40 percent less sexually active than teens in the 1990s, they go on fewer dates, they interact less with their families, and they spend less time physically hanging out with their friends.

“Rates of teen depression and suicide have skyrocketed since 2011,” Twenge observed in The Atlantic. “It’s not an exaggeration to describe iGen as being on the brink of the worst mental-health crisis in decades. Much of this deterioration can be traced to their phones.”

The internet might not necessarily be entirely to blame, though, since “social media can help increase connections between people, and it’s an opportunity to correct myths about suicide and to allow people to access prevention resources and materials,” Tom Simon, an author of the new report, said.

It was almost certainly a contributing factor, but suicide trends are typically the result of a few combining factors, and the recession of the late 2000s is probably at least partially to blame.

And the hard times didn’t only affect young people. Rates of suicide have actually been rising across the age spectrum, just not as significantly.

“We’re not seeing the same kind of increases among the oldest adults, but we are seeing substantial and sustained increases now for the other age groups really going back to 2000,” Simon said.

The key takeaway? Drag your eyes away from the screen and talk.

“The message for parents, teachers, coaches and religious leaders is to not be afraid to talk to a young person when they are concerned,” Simon said.

Next, read about the 12-year-old girl who committed suicide after months of bullying and whose parents are now suing her school. Then, read about the most recent teenager who recently killed himself as part of social media’s disturbing “blue whale challenge.” Finally, read up on R. Budd Dwyer, the American politician who killed himself in front of television cameras.