Inside The Spanish Festival Where Volunteers Are Paraded Around In Caskets

Each summer, people in Spain take part in this centuries-old festival that some say dates back to medieval times. 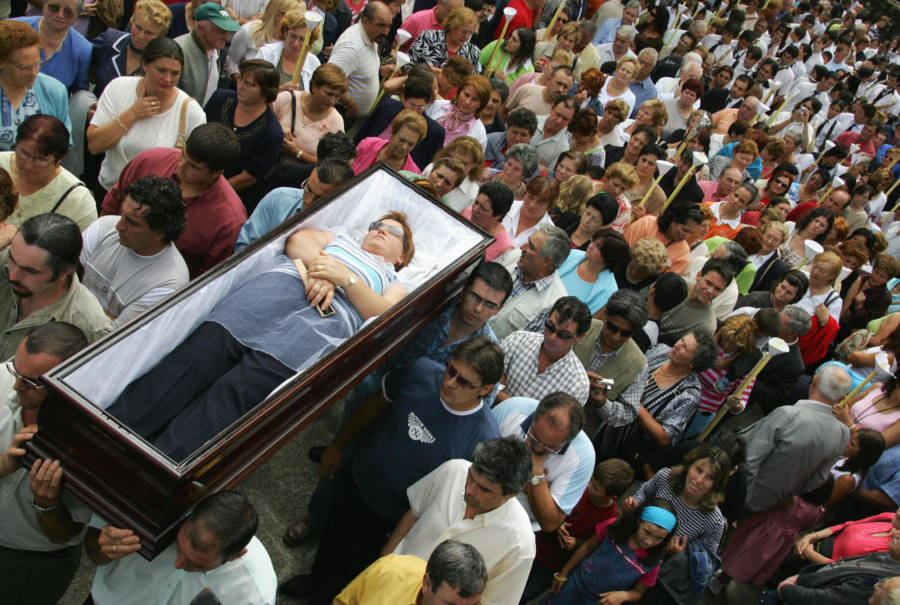 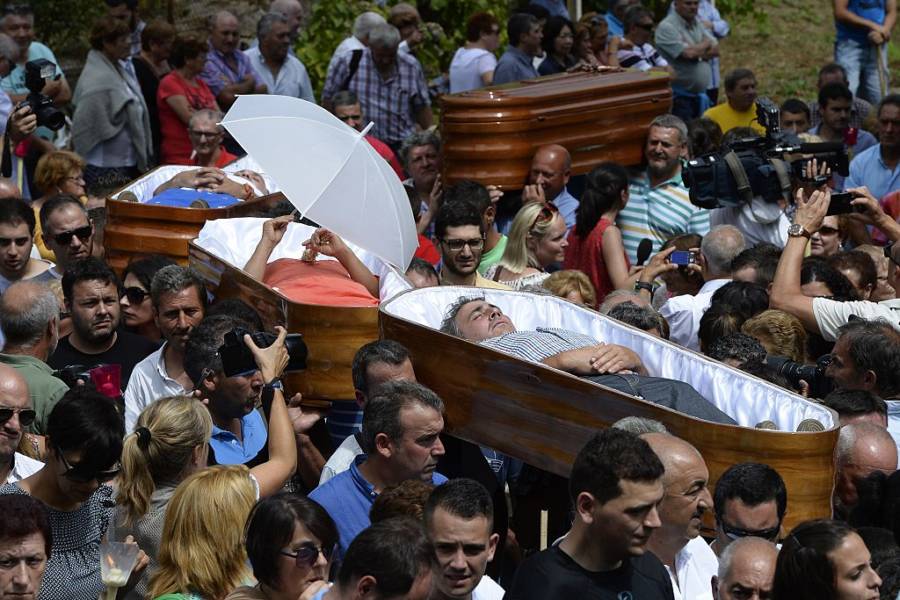 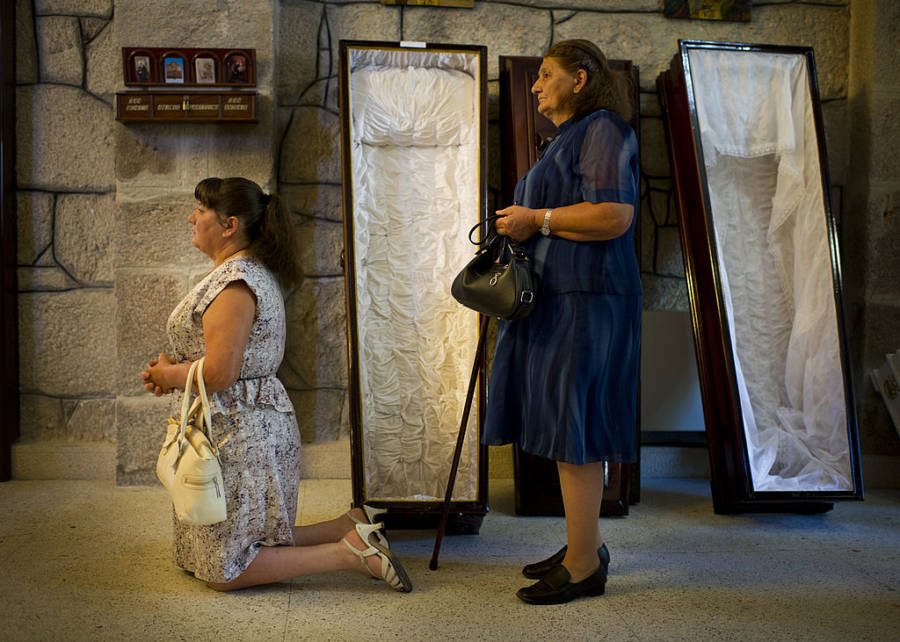 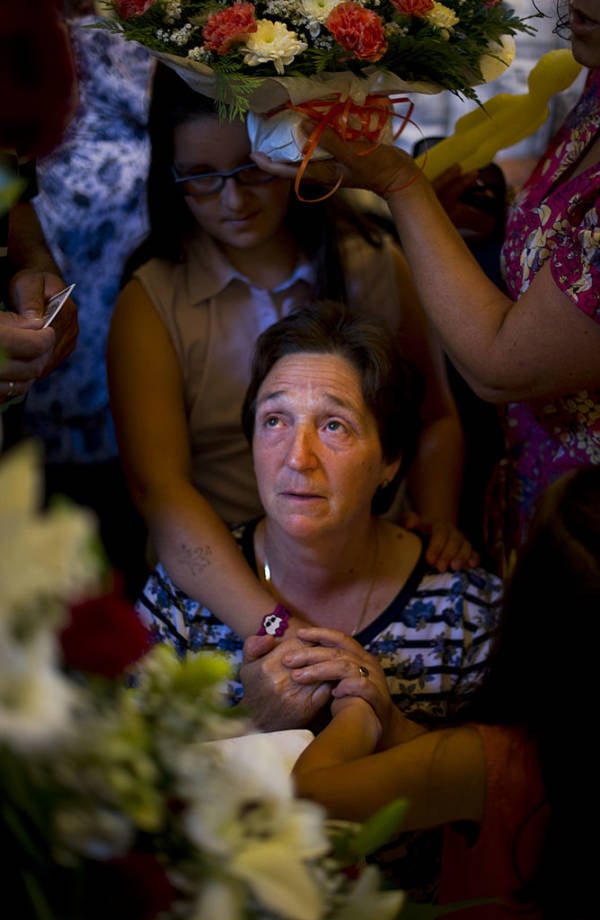 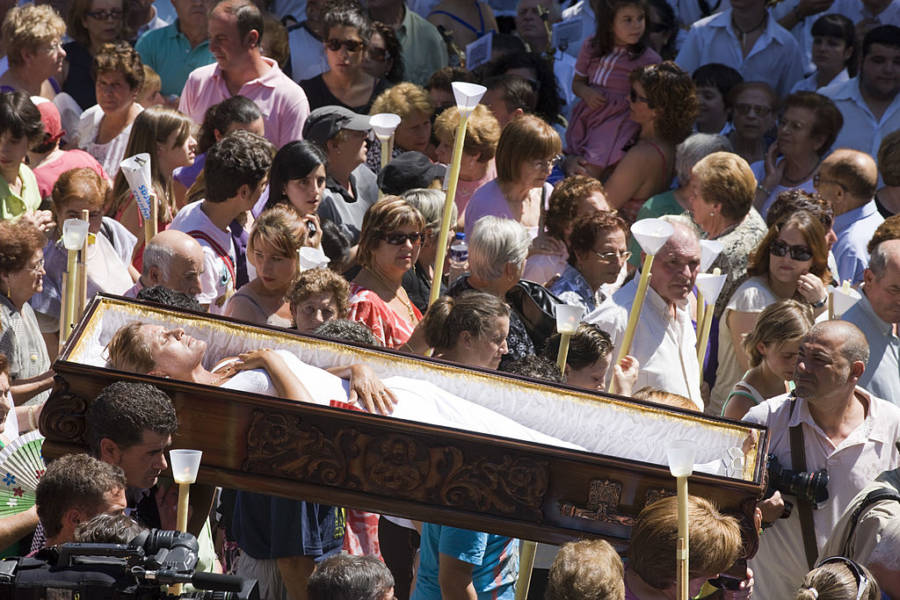 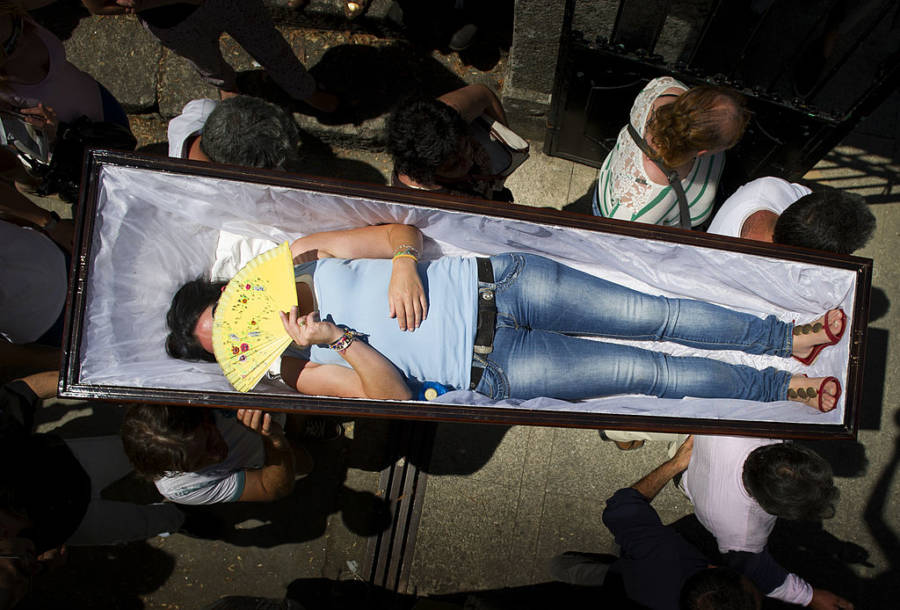 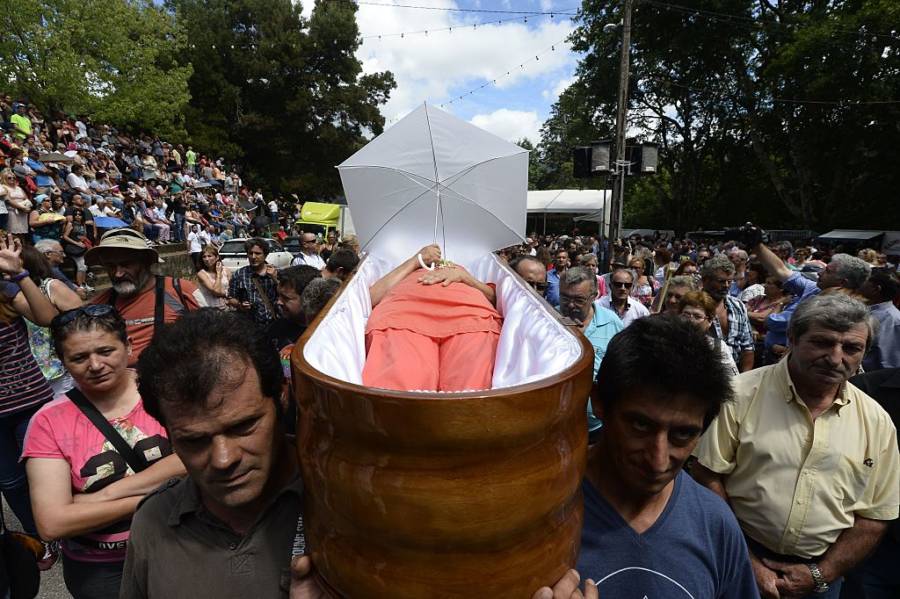 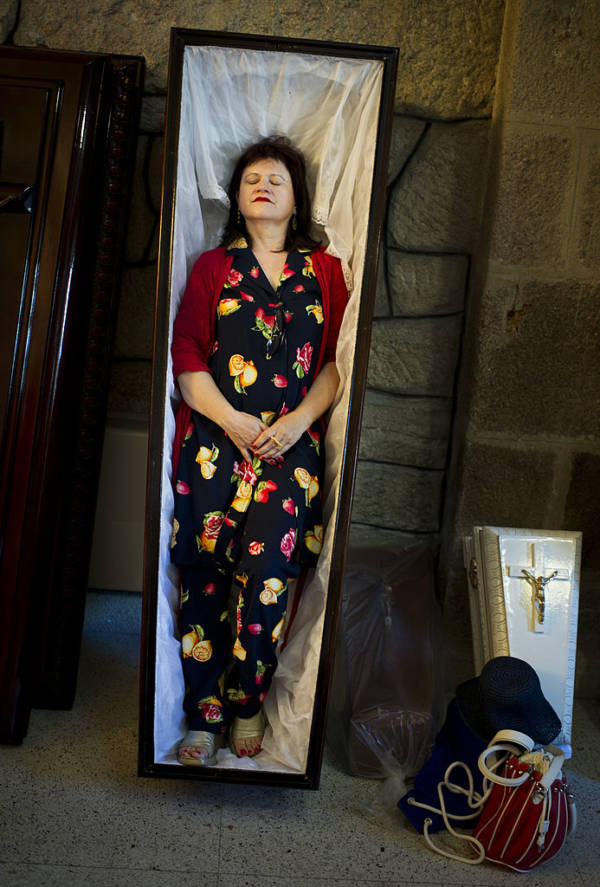 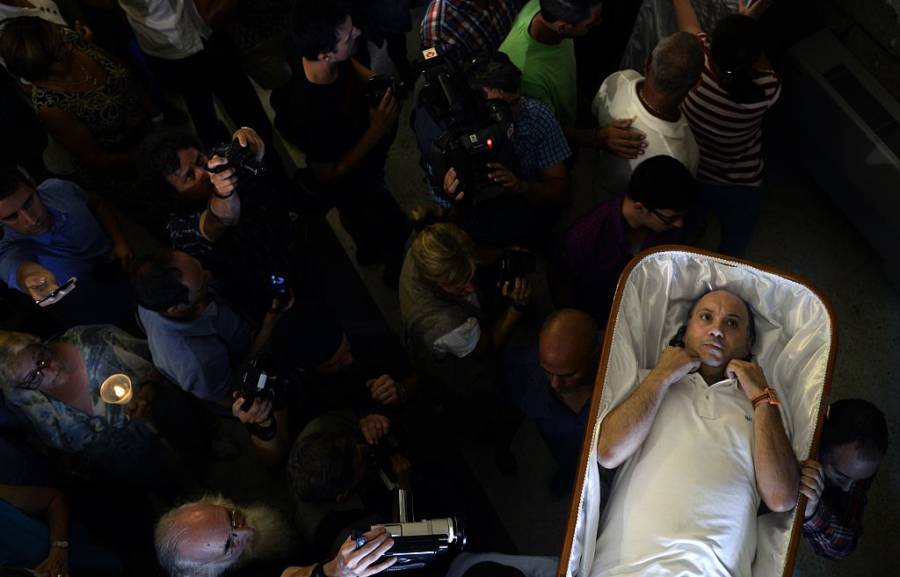 Looking for a fun and definitely not creepy weekend activity? How about having your loved ones carry you around town in an open casket?

That's what some of the lucky residents of Santa Marta de Ribarteme, Spain do each year during the town's decidedly morbid ritual.

The funereal festival is held every July 29 to pay homage to Saint Martha, the patron saint of resurrection. Martha, according to the Bible, was the sister of Lazarus, who Jesus raised from the dead.

The parade is meant for people who narrowly escaped death that year (or their relatives, who ride in their honor) to thank the saint for keeping them alive.

While it might seem like a sad thing to watch your mom hop into a death box, it's actually a celebration — you get to watch her jump out after a walk around the cemetery.

"I know some people think we're crazy, because even my mother told me so when I decided to take part a few years ago," Karina Domínguez, who was a pallbearer in this year's ceremony, told The New York Times.

No one is exactly sure why the ritual started, but they know it dates back to medieval times.

"This was a feudal society well into the 20th century, where people relied on their faith and local healers because they had no access to modern medicine," Xosé Manual Rodríguez, a town hall official, told the Times.

Because the event has drawn an increasing number of tourists in recent years, last week's celebration was the first in which the church charged participants for their fake funerals: 100 euros a coffin meant to weed out the people who weren't serious about the spiritual benefits of a coffin ride.

The procession begins at the local church, where many rub the feet of St. Martha's statue before touching their own heads. They then make their way to the cemetery as marchers repeat the saint's hymn over and over again: "Virgin Santa Martha, star of the North, we bring you those who saw death."

“I’ve been crying a lot today, remembering what happened to Nicolás," the dad, Marcos Rodríguez, said. "But if I have ever to face such a terrible situation again, I will of course do this once more.”

Though it's a very meaningful and emotional process for some, not everyone is comfortable with the sight of living people casually sunbathing in chests meant for corpses as a carnival goes on nearby.

"We all live with our own individual fears, but I think you must feel completely desperate to lie down in a casket," Bernardo Alonson, a spectator, said.

"I love everything about this pilgrimage, but not these coffins," Josefa Díaz Domínguez agreed. "I'm sure God doesn't ask anybody to go this far."