The True Story Of Georg Ferdinand Duckwitz, The Nazi Diplomat Who Saved Almost All Of Denmark’s Jews From The Holocaust

Georg Ferdinand Duckwitz was a German attaché serving in Copenhagen who sprang into action in 1943 to warn the country's 7,800 Jews of the Nazis' imminent plans to ship them off to concentration camps. 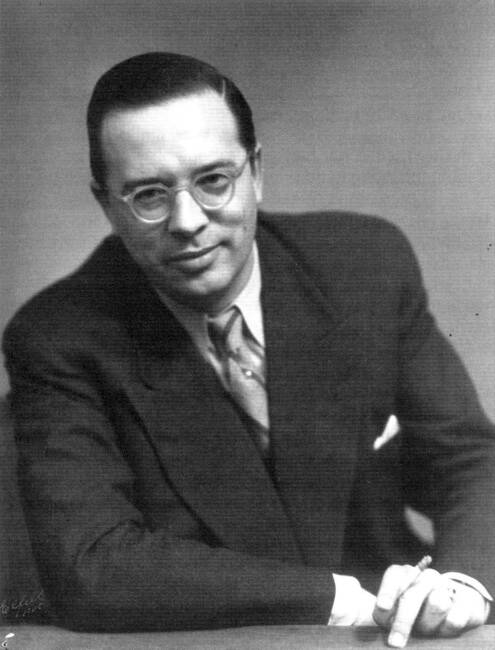 He started as a member of the Nazi party. Yet, Georg Ferdinand Duckwitz chose to warn occupied Denmark about the impending transfer of Jews to concentration camps by the Germans. It was an act that could have cost the diplomat his life — and it showed how one individual can make a difference in wartime.

Georg Ferdinand Duckwitz was born in Bremen, Germany, in 1904. He came from a family of wealthy merchants and went to college to study law and economics, and he soon became interested in right-wing politics.

In November 1932, Duckwitz’s right-wing sympathies led to him joining the Nazi party and working in the German Foreign Ministry. Following the Night of the Long Knives in 1934, when Hitler began to consolidate power, Duckwitz resigned from his post.

In his resignation letter, Duckwitz said the slaughter “made me realize that I am so fundamentally deceived in the nature and purpose of the National Socialist movement that I am no longer able to work within this movement as an honest person.”

Georg Duckwitz was still living in Nazi Germany when World War II began in 1939. The German Ministry of Transport opened positions for shipping clerks to work in neutral countries. With his background in Denmark, Duckwitz applied for the Copenhagen post and won the job at the German embassy there. The German government benefited from Duckwitz’s experience as a merchant marine expert.

Duckwitz and his wife, Annemarie, were both fluent in Danish, which helped them integrate into society. In their social circles, the couple befriended many locals, including leading members of the Danish Social Democratic Party. 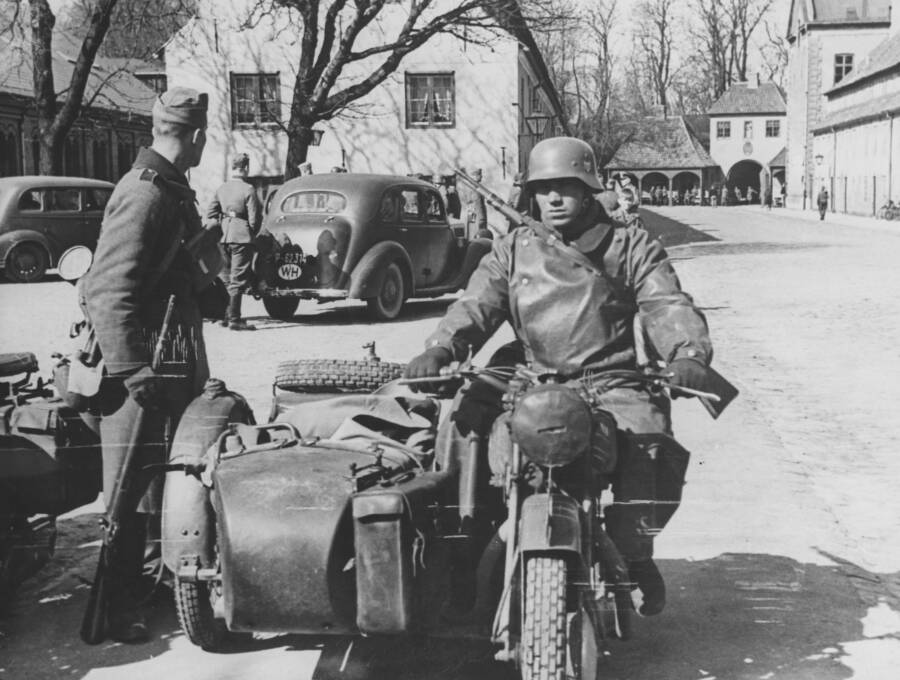 On April 9, 1940, Germany invaded neutral Norway and Denmark, the start of their lightning attacks on Western Europe. While Norway resisted for a few weeks, the Danish government surrendered almost immediately. Bordering Germany and with a small army, Denmark decided to avoid the heavy bombing of its cities.

The Nazis were, at first, relatively lenient with Denmark. To them, the majority of Danish people were considered part of the superior “Aryan” race. Also, Germany needed food for their growing war effort and Denmark produced a lot. From Denmark’s perspective, cooperating with Germany allowed the small country some political autonomy.

By 1943, however, relations began to deteriorate. The Danish resistance movement responded with increasing acts of sabotage against the occupation. In August there were a series of protest strikes leading to general unrest. The Germans retaliated by removing many Danish government and military structures. In October they went after the country’s 7,800 Jews who had been left alone until then.

Werner Best was a Senior SS officer, who became Reich Commissioner over Denmark from 1942 to 1945. Born in 1903, Best was a dedicated Nazi from the early years. Earning a law degree, he became chief legal adviser to the Gestapo, as well as chief of the Secret State Police for the Reich Ministry of the Interior.

Despite Best’s loyal Nazi sympathies, he continued a relatively tolerant governance of Denmark during his first few years. Working at the German embassy Duckwitz befriended Best. Through Best, Duckwitz gained special access to upcoming policy changes — the knowledge he would need to save thousands of lives.

In August 1943, the German government decided to deport all of Denmark’s Jews to the Theresienstadt Concentration Camp. Werner Best received the order in September. In a friendly chat, Best told Duckwitz the Nazi plan.

In his diary, Duckwitz wrote, “I know what I have to do.”

Quietly, Duckwitz left for Sweden. He persuaded the neutral government under prime minister Per Albin Hansson to accept any Jewish refugees that fled Denmark.

Next, he returned to Denmark and secretly met prominent Social Democratic Danish politician Hans Hedtoft in downtown Copenhagen. Duckwitz proceeded to tell Hedtoft everything he knew regarding the Nazi deportation plans. As a result, Hedtoft and other Danes started planning the rescue of the country’s Jews.

The Rescue Of 95 Percent Of Denmark’s Jews 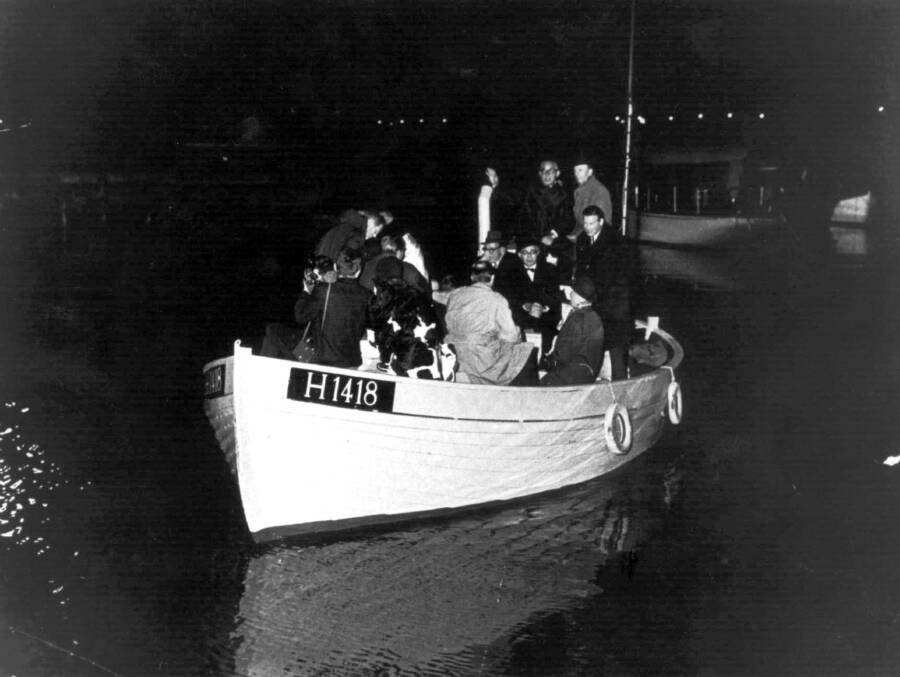 Unknown photographer/Getty ImagesDanish Jews being evacuated to Sweden in the dead of night, 1943.

News of the impending deportations on October 2 spread quickly — and the Danes mobilized. Some hid Jewish citizens in their own homes. They fed and got them ready for the sea passage to asylum in Sweden.

Desperate refugees made their way to coastal fishing towns on October 1. They boarded many small boats where local fishermen attempted the short but harrowing journey to Sweden. The crossing took about an hour — and the danger was immense.

German ships boarded a few boats, with the occupants being arrested. Duckwitz, in one more act of courage, persuaded some German harbormasters he knew not to send out further military patrols.

The vast majority of boats made it to safety in Sweden, with over 7,000 people successfully evacuated. Some Jews didn’t hear the warnings or were too old or sick to flee, with close to 500 being sent to Theresienstadt. Still, however, the Danish government provided support to those who were supported, sending clothing and food to individual camp prisoners and saving many more.

Duckwitz’s Career After the War 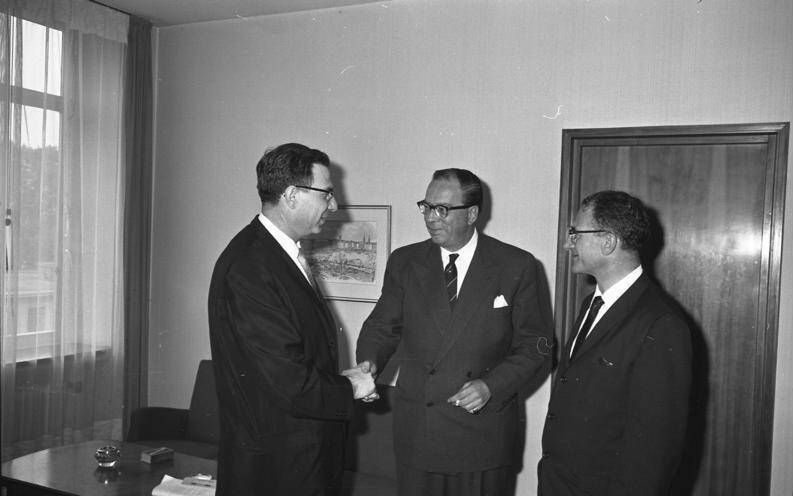 Incredibly, Georg Ferdinand Duckwitz survived the rest of the war without being arrested by the Nazis. There were indications that Werner Best knew about Duckwitz’s actions to save Jews — but, likely wanting to prevent further tensions with Denmark and seeing Germany losing the war, he chose to ignore them.

Duckwitz worked for the West German government after the war. He served as ambassador to Denmark, and later focused on improving post-war relations between Germans and Poles.

After World War II Denmark honored Duckwitz for his role in the rescue campaign, and in 1971, Israel’s memorial to the Holocaust, Yad Vashem, presented Duckwitz with its “Righteous Among the Nations” award. Duckwitz passed away in 1973 at 68 years old.

Next, read about how the “Count of Auschwitz” saved hundreds of Jews from extermination. Then, learn the sad story of Lepa Radić, the teenage girl who died standing up to the Nazis.