The Heartbreaking Story Of Topsy The Elephant And Her Public Execution

Topsy was an obedient circus elephant despite the abuse she suffered, but after she finally struck back, she was sentenced to be electrocuted to death on January 4, 1903. 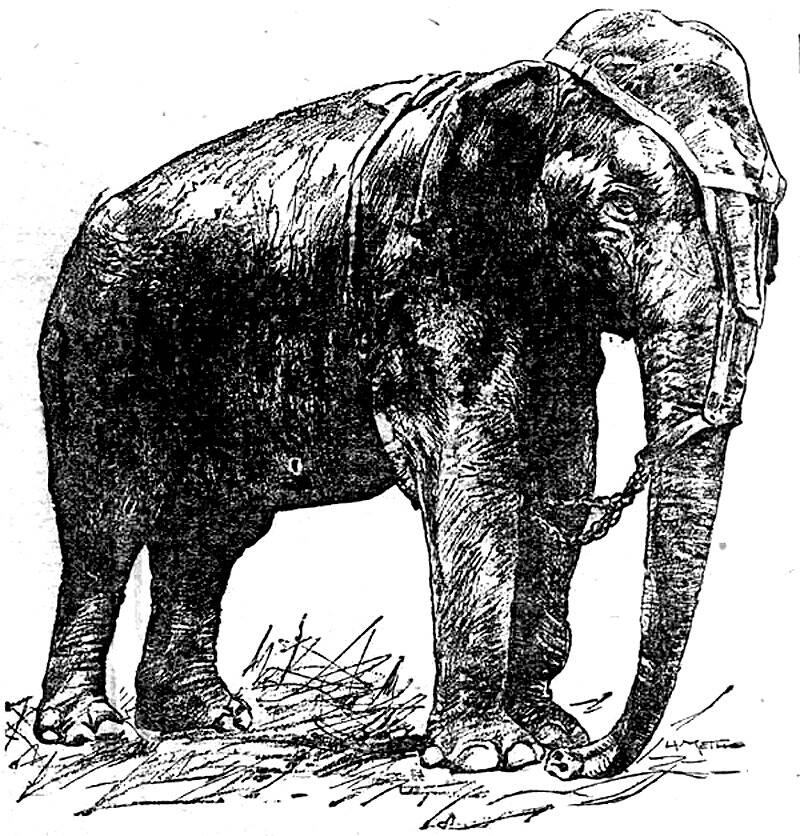 The elephant stopped short. Around her, expectant crowds watched and waited. But Topsy the elephant would not move. It was as if she understood that the humans surrounding her had sentenced her to death. It was Jan. 4, 1903 when Topsy was electrocuted before a crowd of press and onlookers.

Despite her final act of resistance, Topsy was electrocuted. Spectators watched as smoke rose from her flesh. In silence, they looked on as she tipped forward, and fell onto the ground.

But why was Topsy the elephant killed? And did Thomas Edison have something to do with it?

The Life Of Topsy The Circus Elephant 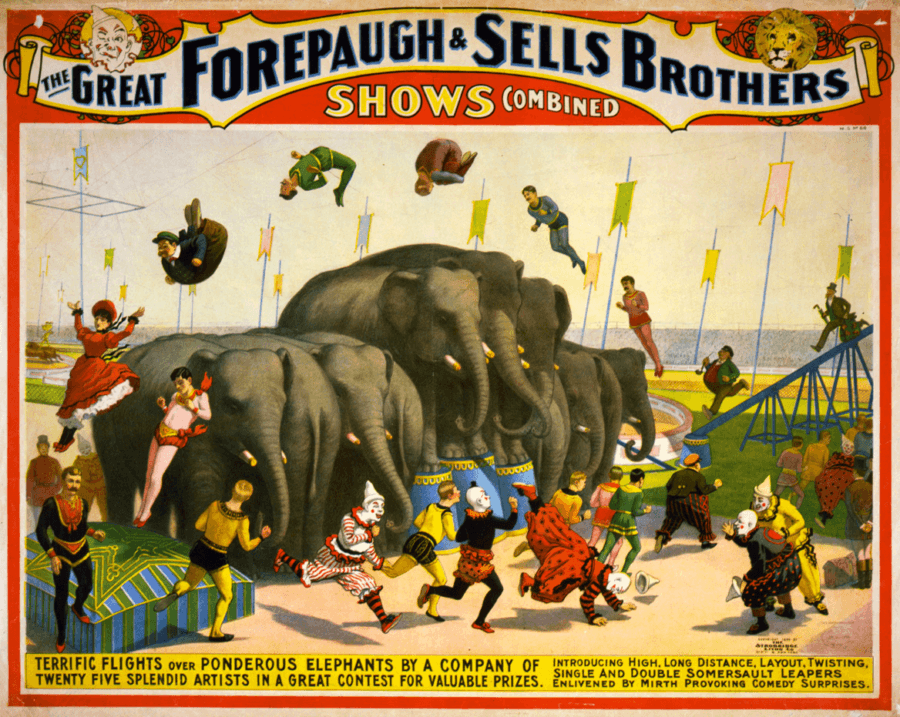 Wikimedia CommonsA poster for the Forepaugh Circus, where Topsy performed.

Topsy the elephant was likely born around 1875. But she didn’t have long to enjoy life in the wild. Smugglers captured her as a young baby.

As described by author Michael Daly in his book The Startling Story of the Crooked-Tailed Elephant, P. T. Barnum, and the American Wizard, Thomas Edison, Topsy likely made the transatlantic crossing alone. And she assuredly had no conception of what awaited her — a jungle of a different sort, New York City.

There, Topsy was picked up by circus magnate Adam Forepaugh. Forepaugh put her on display, boasting — falsely — to have found the first American-born elephant.

Topsy Is Declared A ‘Bad’ Elephant

Topsy obeyed her new masters without incident for years. But she later began to develop a reputation as a “bad” elephant. On May 28, 1902, she killed a circus worker named J. Fielding Blount.

It’s unclear exactly what happened between Blount and Topsy. He seems to have entered the elephant’s enclosure early in the morning. There, he may have fed Topsy a lit cigarette. Or, Topsy could have attacked out of fear or anger at this drunken stranger getting so close.

In any case, she reacted to his presence by grabbing him with her trunk and throwing him to the ground.

From that moment on, Topsy was seen as a “bad” elephant. Forepaugh Circus swiftly washed their hands of her. And, before long, Topsy ended up at Luna Park in Coney Island. 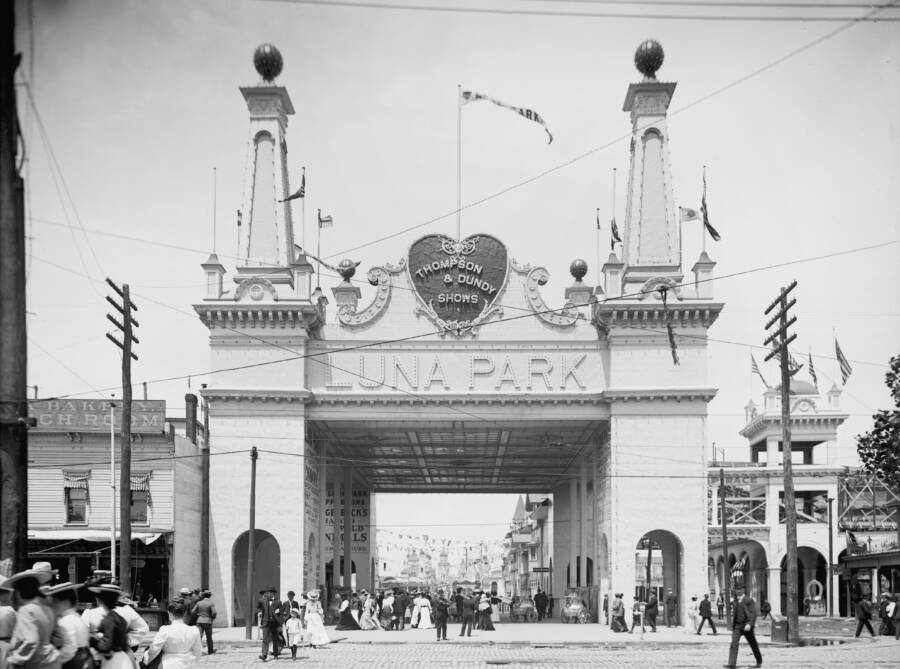 At Luna Park, Topsy suffered under the hand of trainer William “Whitey” Alt. In one incident, Alt prodded her so much with a pitchfork that “blood began to stream down her face and flanks.”

He was arrested for the abuse. However, the Brooklyn Eagle framed the incident as Topy’s fault, saying: “Topsy, The Bad Elephant, Makes Trouble At Coney.”

And after Topsy followed Whitey to the police station, poking her head inside, The New York Times declared: “Elephant Terrorizes Coney Island Police.”

In the aftermath of this and other incidents, Luna Park fired Whitey. Lacking an elephant trainer, they resolved to put Topsy the “bad” elephant to death.

Why Was Topsy The Elephant Electrocuted?

At first, Luna Park management wanted to hang Topsy in front of spectators. However, following outrage from animal rights groups, they agreed to electrocute her instead.

Thus, on Jan. 4, 1903, they led Topsy to her death. But when it came to cross a bridge that led to the electrocution site, Topsy stopped short. No amount of poking or prodding could get her to move.

So, park officials dragged all the wires to her side. As they began to fit her for electrocution, however, Topsy obliged with their every order. She raised her feet when asked so that officials could secure copper sandals, meant to better conduct the shock. 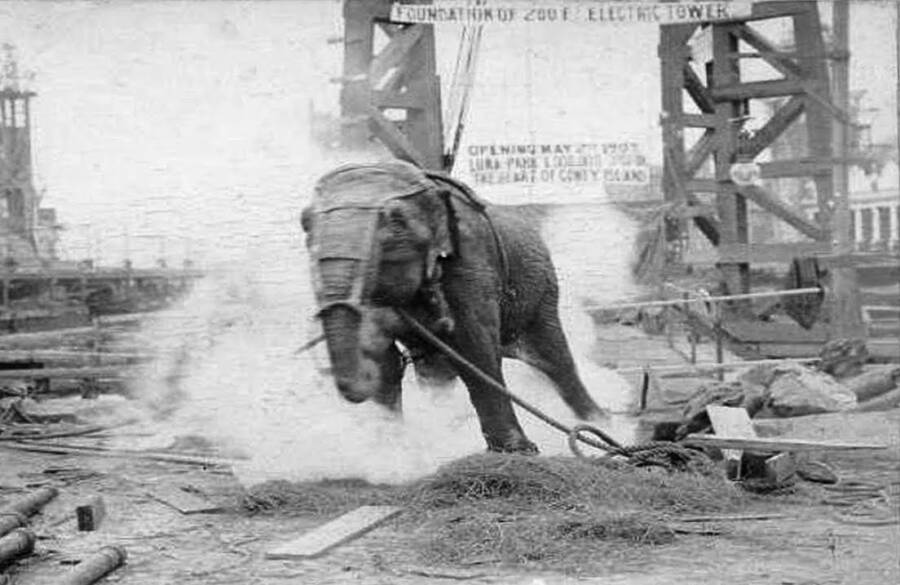 “Not so vicious,” one reporter muttered from the crowd.

To make sure that Topsy died, Luna Park officials first fed her cyanide-laced carrots. As she swallowed the third one, someone yelled “All right!” and 6,600 volts suddenly coursed through her body.

Topsy shook violently and then tipped forward. But her torture wasn’t done yet. To make sure that they’d properly killed the elephant, officials then looped a noose around her neck and held it tight for ten minutes.

The next day, The New York Times trumpeted her execution, calling her a: “big, man-killing elephant.”

For decades, a myth has endured that Thomas Edison killed Topsy. Indeed, Edison did kill a number of animals. As part of his “Current Wars” with Nikola Tesla, Edison tried to demonstrate the danger of Tesla’s “alternating current” by electrocuting dogs, calves, and even horses.

But Edison did not kill Topsy. By the time of her death, the Current Wars had long ended. And although Edison’s film crew captured Topsy’s death on camera, Edison himself did not attend her electrocution.

Topsy may not be linked to Edison’s legacy. But she did leave a mark. Two years later, an elephant named Fanny bolted from Luna Park. She was so scared that she swam across the water to Staten Island.

Why? As soon as she’d passed the spot where Luna Park officials had buried Topsy’s head, Fanny bolted.

Next, read about the big game hunter trampled by a herd of elephants. Or, learn the sad story of “Murderous Mary,” the elephant who died by hanging.