Once the victim's leg was found riddled with bite marks in the Berlin park, police dogs led officers to the suspect's home, where they uncovered a bone saw and a cooler for storing meat. 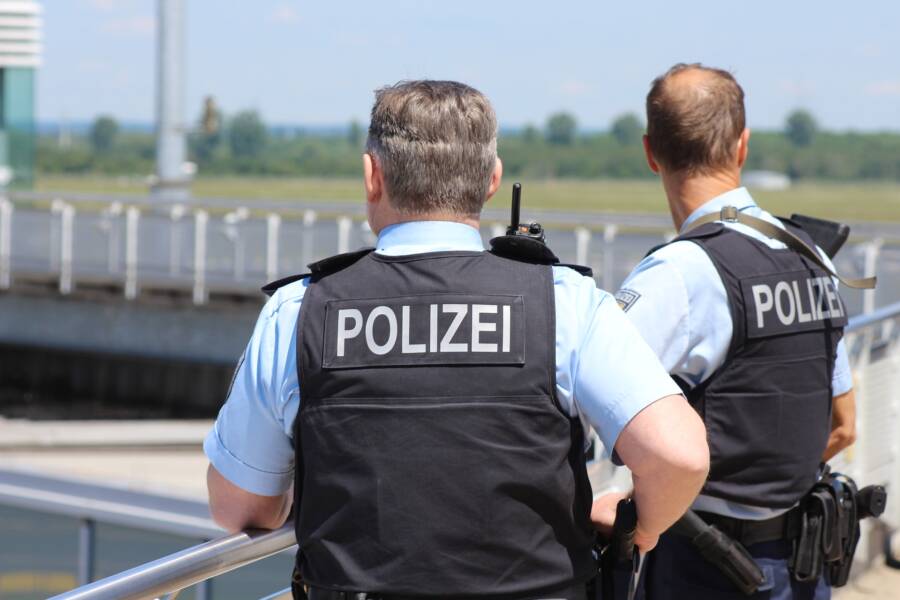 PixabayPolice uncovered some of the victim’s remains in a park in northern Berlin.

A 41-year-old elementary school teacher identified only as “Stefan R.” was just arrested by German police in connection to the murder and suspected cannibalization of a man who went missing in September.

Police were alerted to the fleshless bones of 44-year-old Stefan Trogisch’s leg — which also had bite marks on them — in a Berlin park on November 8. The authorities were subsequently led back to the nearby home of Stefan R. by sniffer dogs. 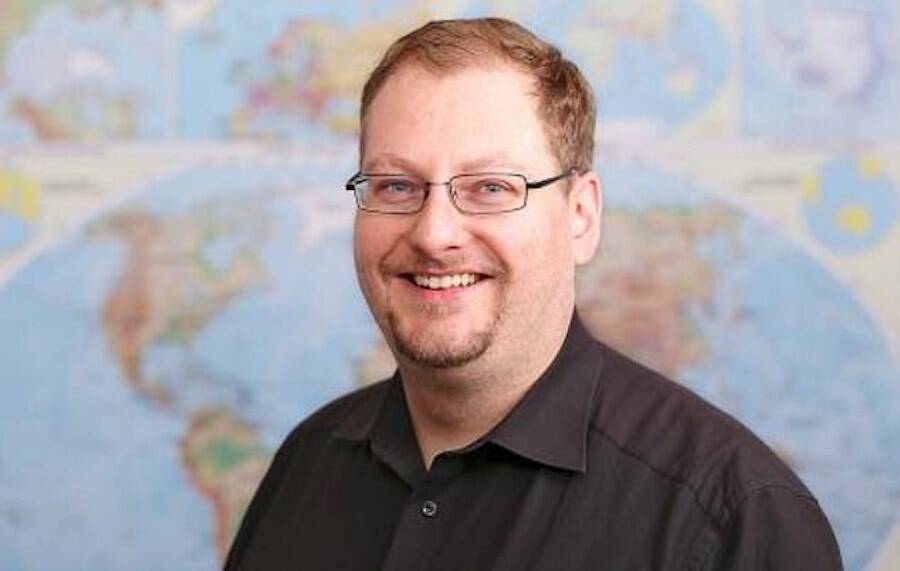 Berlin PoliceStefan R. was a math and chemistry teacher at a secondary school by day and a suspected cannibal by night.

According to Deutsche Welle, Berlin police suspect that the murderer cannibalized Trogisch after meeting him on an online dating site.

“The suspect had an interest in cannibalism,” said Marin Steltner, a spokesman for the Berlin prosecutor’s office. “He searched online for the topic.”

Steltner added that it was unclear whether or not the victim shared his killer’s interest in cannibalism. While this seems like an odd point to make, it should be noted that cases of consensual cannibalism have occurred in Germany before.

Indeed, in 2015, a German police officer was convicted of murdering a man he met on an internet forum for cannibalism. And before that, the infamous “Rotenburg cannibal,” Armin Meiwes, had done the same in 2006.

Meiwes detailed eating his victim, whom he chatted up online first, and described the nuances of his macabre passion during his trial. Similarly, the crime took place in Berlin. 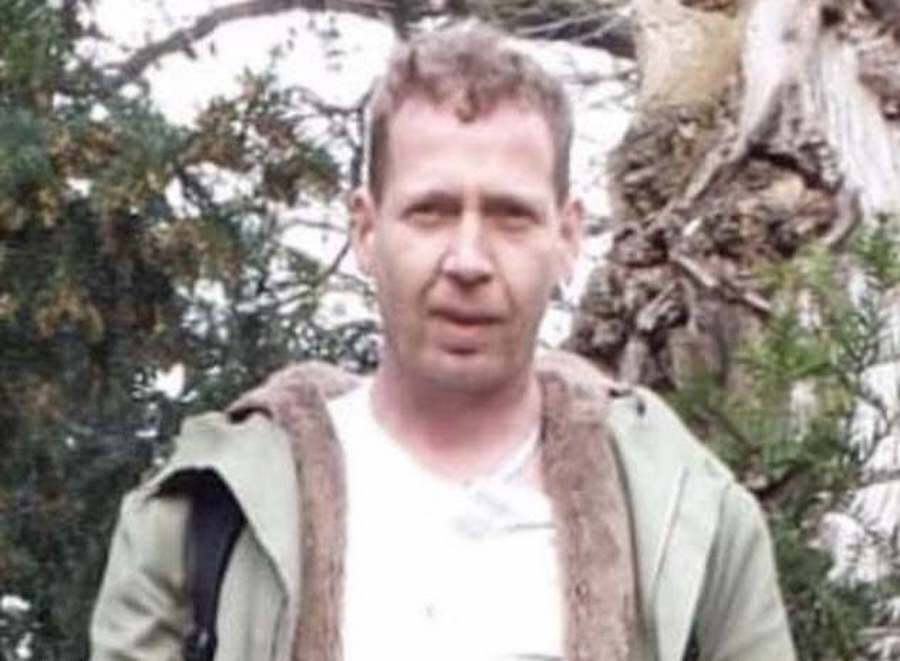 Meiwes had simply placed an ad on “The Cannibal Cafe” website in hopes of finding a “young, well-built man who wanted to be eaten.” Shockingly, somebody answered. The convicted murderer told the court that he had fostered the macabre fantasy since childhood and was grateful to have fulfilled it.

His victim, an engineer from Berlin named Bernd Jürgen Armando Brandes, had fortuitously been searching for someone to eat him. By all accounts, he was just as relieved to meet Meiwes as the cannibal was to find him.

Meiwes was charged with “disturbing the peace of the dead” and murder for the purposes of sexual pleasure. The Berlin prosecution has described Meiwes’ charge as “sexual homicide with base motives,” and Meiwes consequently became the first German citizen to be charged with “love cannibalism” and is now serving life in prison. 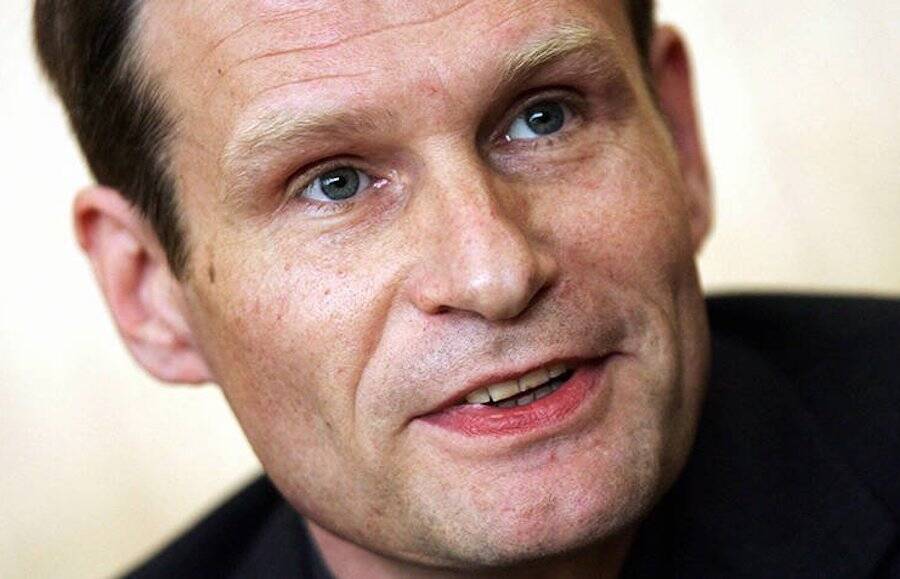 Getty ImagesArmin Meiwes, who openly shared his penchant for cannibalism with prosecutors in 2006, is serving life in prison.

That case mirrors this latest incident in several ways, including the nationality of both victims and perpetrators, as well as the manner in which these individuals met.

While Meiwes was caught when a college student noticed a new ad of his alongside details of Brandes’ murder, Stefan R. became a suspect when his victim’s dating profile first led authorities to suspect him.

In October, police began to comb through Trogisch’s online history on the German matchmaking site Planet Romeo and found the math and chemistry teacher who is now in custody. Planet Romeo is a German social network for gay, bisexual, and transgender people. Founded in Berlin, the portal is used by millions.

Once police were led to Stefan R.’s house, they found further clues that suggested he did indeed murder and cannibalize Trogisch.

His home was practically littered with incriminating evidence, from an oversized cooling box, a bone cutter saw used by surgeons and 55 pounds of sodium hydroxide. This chemical is commonly used to make soap and the suspect claimed that is why he purchased it.

Of course, whether or not that’s true remains to be seen.

Next, read about 17 famous cannibal attacks that will send shivers down your spine. Then, learn about cannibal killer Issei Sagawa who walks free and plans to eat humans again.