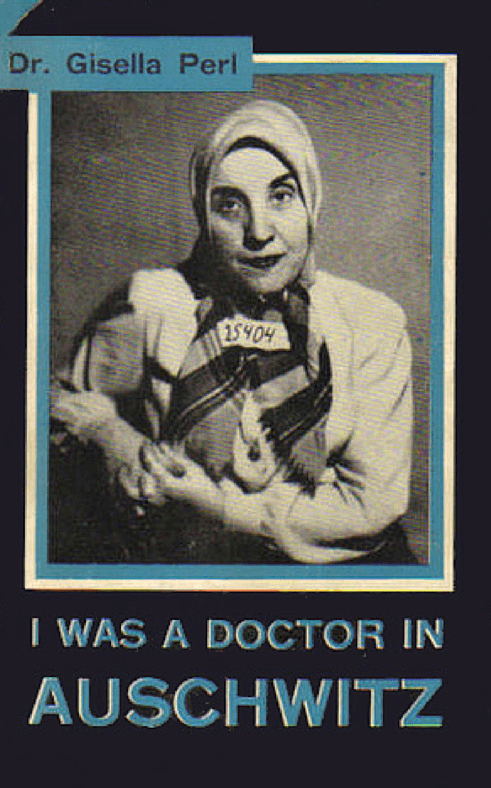 Perl’s book I Was a Doctor in Auschwitz was later turned into the Emmy-winning series Out Of The Ashes. Image Source: Wikipedia

Dr. Perl was released from Auschwitz at the end of the war, by which point her entire family was dead. She tried to commit suicide shortly after her liberation.

After recuperating, Perl went to New York City in 1947, where she was interrogated on suspicion of assisting Nazi doctors. The testimony of inmates saved her. Said one survivor, “Without Dr. Perl’s medical knowledge and willingness to risk her life by helping us, it would be impossible to know what would have happened to me and to many other female prisoners.”

In June 1948, Perl published her story I Was a Doctor in Auschwitz which was adapted into an Emmy-winning miniseries in 2003 called Out Of The Ashes starring Christine Lahti.

Three years later, Perl gained U.S. citizenship and became an infertility specialist at New York’s Mount Sinai Hospital, at the suggestion of Eleanor Roosevelt, with whom she’d struck up a rapport.

She also discovered that the daughter she had hidden before the war had survived, and the two of them moved to Israel, part of a promise she had made before being separated from her husband.

“We will meet someday,” he had said, “In Jerusalem.” Perl lived in Israel with her daughter until her death in 1988.

For many years following the abortions she had been forced to perform in Auschwitz, Dr. Gisella Perl delivered thousands of healthy babies. Before each delivery, she would send up the exact same prayer: “God, you owe me a life – a living baby.”