The Bloody Story Of Giuseppe Greco, The Most Vicious Mafia Hitman Of All Time

Giuseppe "Pino" Greco killed up to 300 victims on behalf of the powerful Corleonesi clan during the Sicilian Mafia war of the late 1970s.

Though he died in 1985, the name “Giuseppe Greco” strikes fear into the hearts of Sicilians to this very day. As one of the most brutal enforcers of the Sicilian Mafia, Greco went above and beyond the proverbial call of duty. More than just a hitman, Greco is considered one of the most prolific serial killers in Sicilian history — indeed, in the world.

Greco inspired many fictional characters in police procedurals, committed acts of terrorism to maintain his position in the Mafia, and admitted he would sometimes kill people for the thrill.

Yet, for all of America’s fascination with the Sicilian Mafia — as evidenced by the popularity of blockbuster entertainments like The Sopranos and The Godfather — his name has remained unknown on American shores, until now.

Born in 1952 in the small town of Ciaculli, Giuseppe Greco was known as scarpuzzedda, or “Little Shoe,” in the northern Sicilian dialect he spoke growing up. Little is known about Greco’s early life, perhaps deliberately, but also due to poor record-keeping at the time. However, Greco’s uncle Michele was the head of the Sicilian Mafia Commission and known as “The Pope” in organized crime circles.

According to La Repubblica, the Mafia was a family business for the Grecos. The art of keeping a low profile allowed them to befriend politicians and gangsters in equal measure. Contrary to some American depictions of Mafiosi as loud-mouthed, boorish buffoons, the Grecos were so low-key that they were sometimes mistaken as men of the cloth.

Michele Greco “did everything to appear as a fearful man of God, a great reader of the Bible and assiduous visitor to the masses,” wrote La Repubblica, “but not even this was enough to keep [the Grecos] out of prison.”

With the example set by his uncle, it’s no wonder that Giuseppe Greco was able to quickly rise through the ranks of the Sicilian Mafia. And during the Second Mafia War, he really came into his own.

The Second Mafia War And Giuseppe Greco’s Many Murders 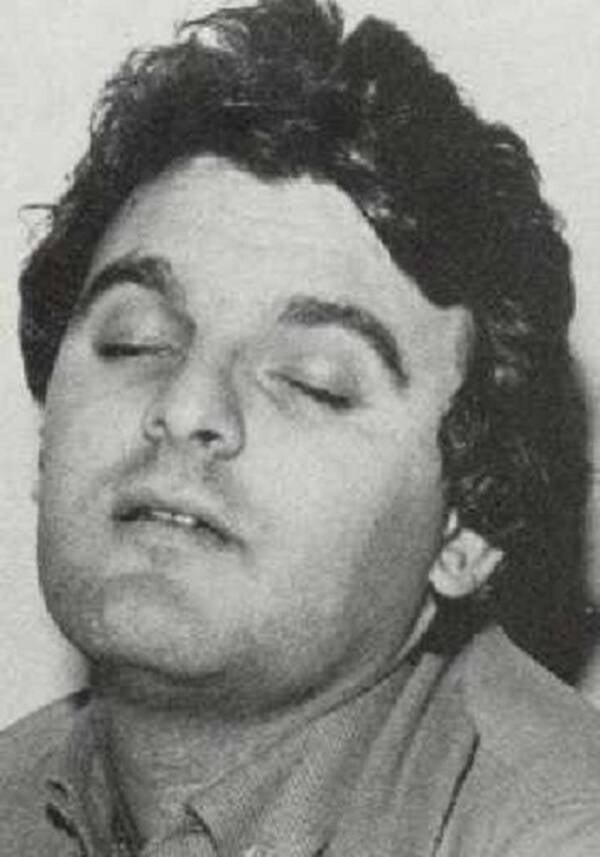 Wikimedia Commons Giuseppe Greco became known as the most prolific Mafia hitman of all time.

As America was still reeling from the Vietnam War, Sicilian Mafia families were gearing up for a war of their own. Led by Salvatore “Toto” Riina, the Corleonesi — a family from the small town of Corleone, just outside the capital city of Palermo — fired the first shots in the Second Mafia War in 1978, and Giuseppe Greco and his family were right in the middle of it all.

In 1970, the Sicilian Mafia Commission was formed, with Riina at the head. By 1978, the Commission consisted of Riina, Giuseppe Calò, Filippo Marchese, Rosario Riccobono, and Greco’s uncle Michele “The Pope” Greco. And by 1981, the Commission formed what would become known as the Death Squad, which was led by none other than Giuseppe Greco.

Known throughout Sicily for being a crack shot with an AK-47, the younger Greco — often on the orders of Riina, though he also took orders from his uncle — led a squad that included Giuseppe Lucchese, Mario Prestifilippo, and Giuseppe Marchese.

An archive of the Italian Parliament details the Death Squad’s activities. Between 1981 and 1983, at least 400 people died at the hands of the Mafia in Palermo alone, and at least 400 more died throughout Sicily at the orders of the Commission.

Photographer Letizia Battaglia, who spent most of her photojournalism career documenting the Second Mafia War, told the Daily Mail that life in Sicily quickly became brutal.

“At times there were five murders a day,” she told the outlet. “We’d never known violence like it. I look at my photos, it’s just blood, blood, blood.”

And Giuseppe Greco is credited with 80 of the Death Squad’s many murders — making him one of the most prolific killers in history.

Among the many notorious hits Greco carried out, perhaps most shocking was the killing of Palermo’s Salvatore Inzerillo. In 1980, after Inzerillo crossed the Corleonisi, Giuseppe Greco swung into brutal action. He gunned Inzerillo down in the driveway of a mistress, tearing his body apart with AK-47 fire.

And when Greco got word that Inzerillo’s 15-year-old son had vowed vengeance, he hacked off the boy’s shooting arm, then shot him in the head and dissolved his corpse in acid for good measure.

Greco became known for garroting his victims or riddling them with rounds from his trademark AK-47, and disposing of bodies with barrels of acid or even hungry pigs. 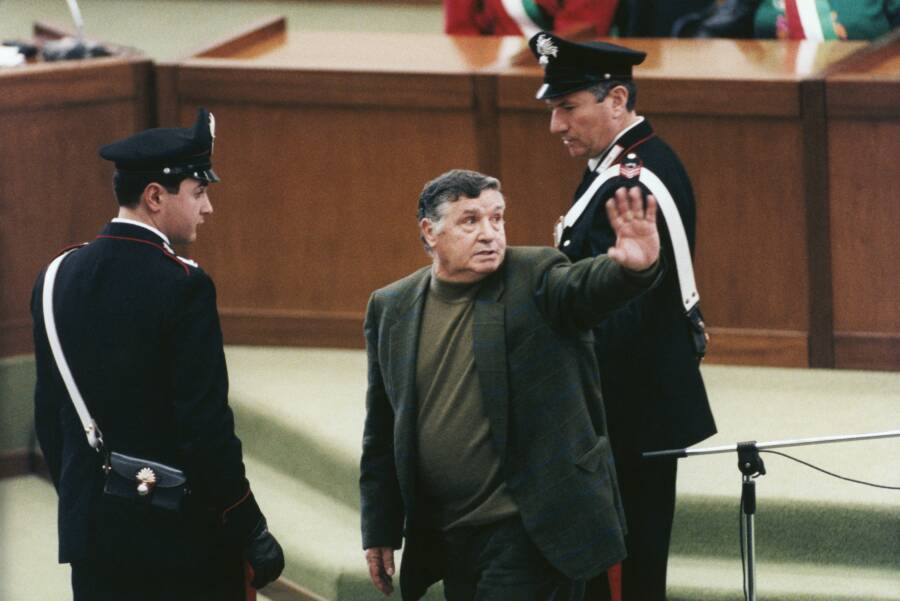 Franco Origlia/GettySalvatore Riina, aka Toto Riina, the most important figure of the Sicilian mafia, was brought to justice in 1993, after evading police for 23 years.

The Second Mafia War differed from the first in that the Riina-led Corleonesi specifically declared war on the Italian state. Prior to Riina, the Mafia only killed authority figures as a last resort — but thanks to Riina’s influence, it remains a common tactic to this day.

And the Corleonesi weren’t just killing their enemies — they were killing their allies, as well. In 1983, Riina sent Greco’s death squad after Filippo Marchese and Rosario Riccobono, who had lost Riina’s trust. Greco and his squad were even dispatched to kill the brothers of another Death Squad member, Vincent Puccio, to prove Puccio’s fealty to the cause.

But in the end, even Giuseppe Greco also proved disposable to Riina. Although his exact date of death is unknown, pentiti — mafiosi who turned state’s evidence — testified that Riina ordered Giuseppe Greco’s murder shortly after the death of a police investigator named Antonino Cassara.

Riina was concerned that Greco was becoming “too ambitious” for his liking, and further ordered that the body of his most trusted hitman be dissolved in acid — providing Scarpuzzedda the same end he had afforded his dozens of victims. As for Riina himself, he was apprehended in 1993, after 23 years on the run — and given 26 life sentences.

Now that you’ve learned all about the little-known Sicilian serial killer Giuseppe Greco, read about 11 more serial killers that most people have never heard of. Then, read about the heartbreaking story of Giuseppe Di Matteo, a Sicilian boy who was drowned in acid by the Mafia.