After surrendering to Japanese forces, Frazier was forced to embark on the harrowing 65-mile Bataan Death March in the Philippines when he was just 17-years-old. 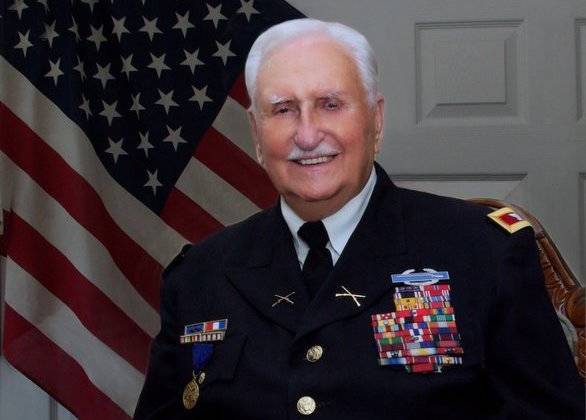 Frazier joined the U.S Army on July 3, 1941 when he was only 16-years-old, and requested that he be stationed in the Philippines. He had only completed four months of training in Manila when Japanese forces attacked the Philippines on Dec. 8, 1941 — mere hours after the bombing of Pearl Harbor.

He served in the 75th Ordnance Company for the next four months to fight off the Japanese invasion in the Battle of Bataan. American and Filipino troops ultimately surrendered to the Japanese on April 9, 1942.

Japanese forces took approximately 75,000 Filipino and American troops captive following the surrender — and Frazier was one of them.

He was forced to take what became known as the Bataan Death March alongside his comrades — a grueling journey where the captives walked 65 miles to the Japanese prison camps without food or water. 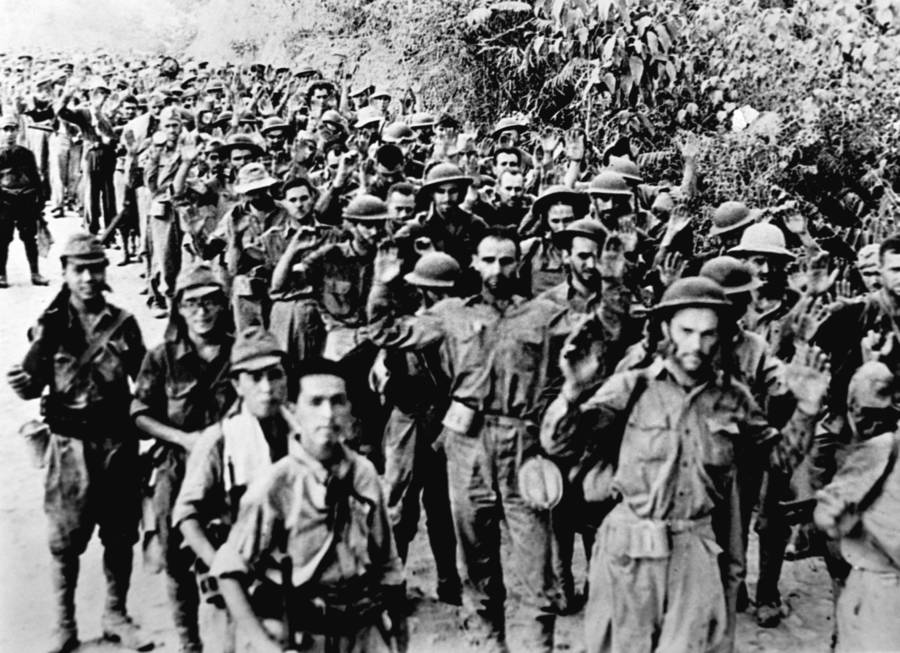 CORBIS/Corbis via Getty ImagesThousands of American prisoners march from Bataan to a train that would take them to internment camps in the Philippines.

Frazier was one of the few individuals who miraculously survived the march. He spent the next three and a half years in a slave labor camp as a prisoner of war.

In an interview with FOX10 News in 2016, Frazier recalled his harrowing experience and how he was once nearly executed:

“The major came out there and stuck that saber right up to my neck… It nipped my neck and I felt a little blood go down. I had seen them execute several people… so I knew how it was going to happen. The interpreter said do you have a last word… Here’s the way I said it… I said yes I do! He said well say it… Hateful like. I said he can kill me, but he cannot kill my spirit.”

Frazier returned home to Alabama after the war ended in 1945, but the horrifying torture he experienced while imprisoned stayed with him for the rest of his life.

He published an autobiography in 2007 titled Hell’s Guest, which detailed his experiences as a prisoner of war. In the decades after the war, Frazier was able to overcome the hatred he felt for his captors, culminating in the publication of his book. 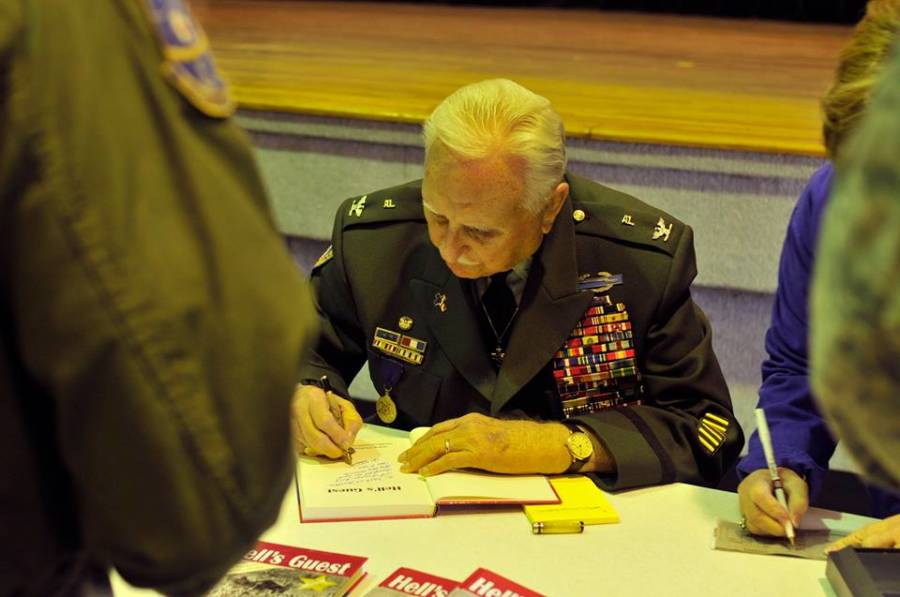 FacebookFrazier published a memoir that detailed his harrowing experiences as a prisoner of war during WWII.

“I spent so much of my time trying to think of reasons to keep from forgiving, that I turned away from God’s love. It was not until I asked God to forgive me for the hatred I had for the Japanese, that my life started to have a different meaning. I discovered I could love greater than I could ever hate.”

Frazier was also friend and mentor to younger veterans, for instance, David Malaney. Malaney says that Frazier helped him to deal with his own transition back into civilian life upon returning from a tour in Iraq:

“We met once a week and he would talk with me about Iraq, what we did over there and how I felt about it and I think he really helped me, I really think I helped him as much as he helped me, I’d like to think so anyway,” Malaney said to FOX10 News.

Frazier is survived by his wife, Elizabeth, and daughter Lauren Waldrop. His family, along with Malaney, say they will continue to keep Frazier’s legacy alive. Waldrop said to FOX10, “He meant more to me than anything and I will fight for his legacy until my last breath.”

Next, check out the WWII dentist who killed 98 Japanese soldiers before getting shot. Then, read this story about the celebrities who put their careers on hold to serve their country in WWII.