12 Celebrities Who Put Their Country Before Their Careers During WWII

From actors to baseball stars, these celebrities risked their careers to serve in WWII and fight the Axis powers. 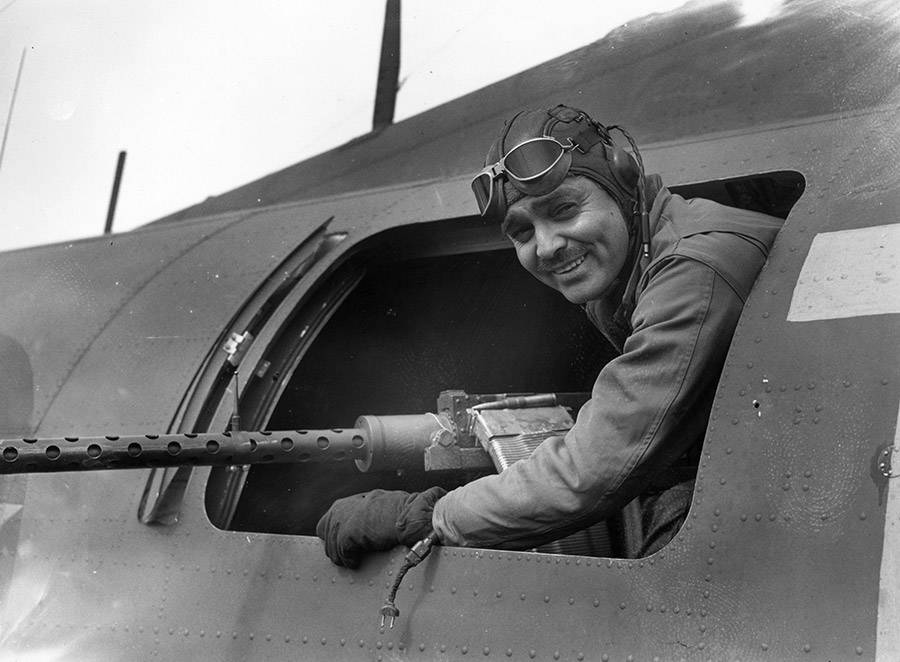 Rhett Butler's last line in Gone with the Wind may have been, "Frankly, my dear, I don't give a damn," but in real life, Clark Gable certainly gave a damn about his country. After the untimely death of his wife Carole Lombard, Gable entered the Air Force and was promoted to major in May of 1944. Keystone/Getty Images 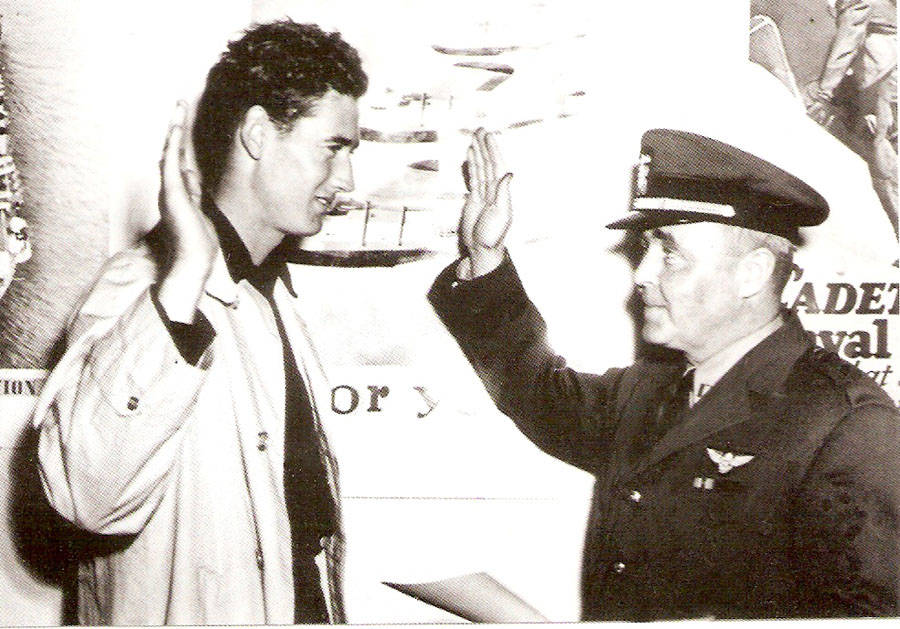 Baseball player and manager Ted Williams played his 19-year Major League Baseball career as a left fielder for the Boston Red Sox, retiring from the field in 1960. However, during WWII, Williams was drafted and joined the Navy Reserve in 1942. He went on active duty in 1943 and was commissioned a second lieutenant in the United States Marine Corps as a Naval Aviator on May 2, 1944.Wikimedia Commons 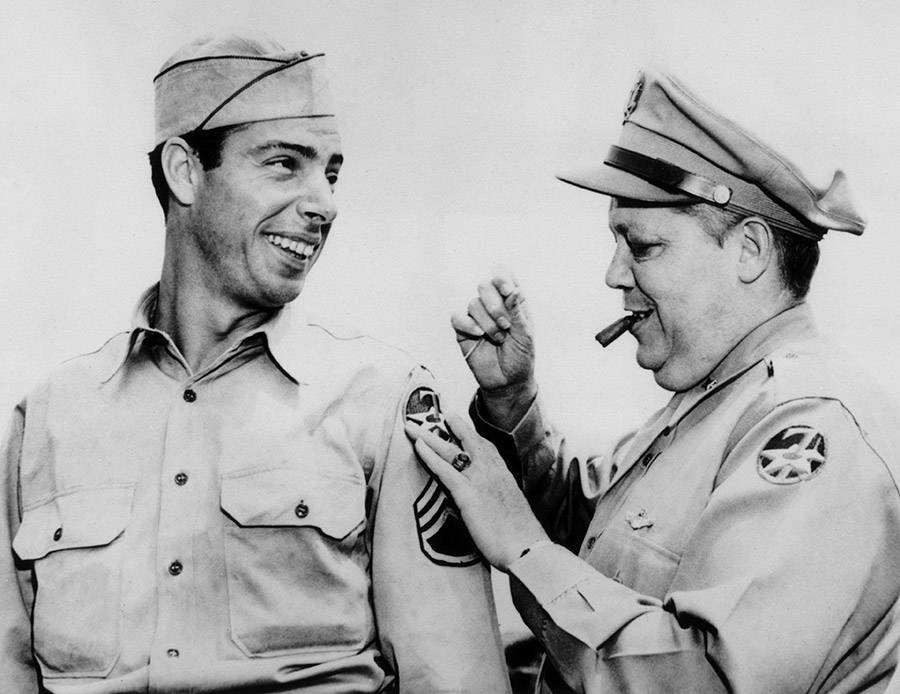 Joe DiMaggio was a three-time Most Valuable Player Award winner and an All-Star in each of his 13 seasons with the Yankees baseball franchise. He also led the team to nine World Series championships. DiMaggio enlisted in the United States Army Air Forces in early 1943, rising to the rank of sergeant. APA/Getty Images 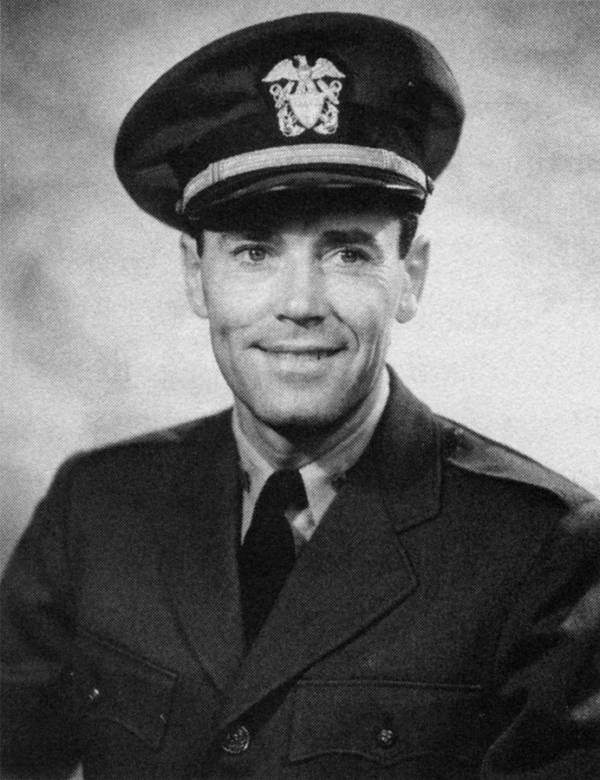 Henry Fonda enlisted in the US Navy already having starred in The Grapes of Wrath. When asked why he wanted to go into the war, Fonda famously replied, "I don't want to be in a fake war in a studio." He served for three years, as a Quartermaster 3rd Class on the destroyer USS Satterlee, and a Lieutenant Junior Grade in Air Combat Intelligence. Wikimedia Commons 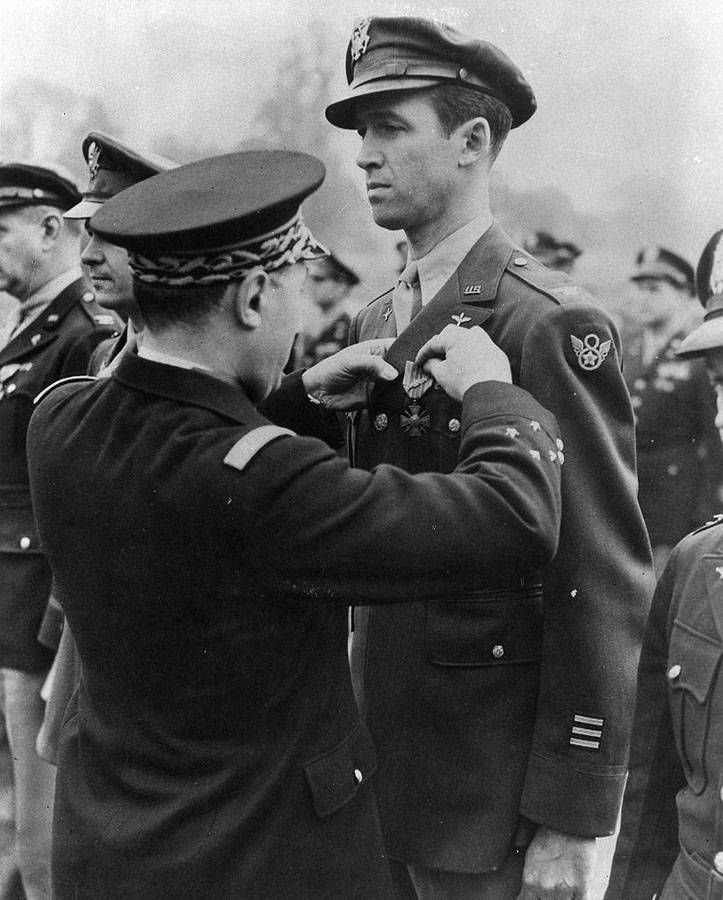 James (Jimmy) Stewart already had 28 films on his Hollywood resume when he was drafted into WWII. Stewart was the first major U.S. movie star to wear a uniform in the war and one of the few Americans to rise from private to colonel in only four years. After a long and prestigious military career ending at the rank of Brigadier General, Stewart returned to Hollywood to make what some would consider his acting pinnacle, It’s a Wonderful Life.Wikimedia Commons 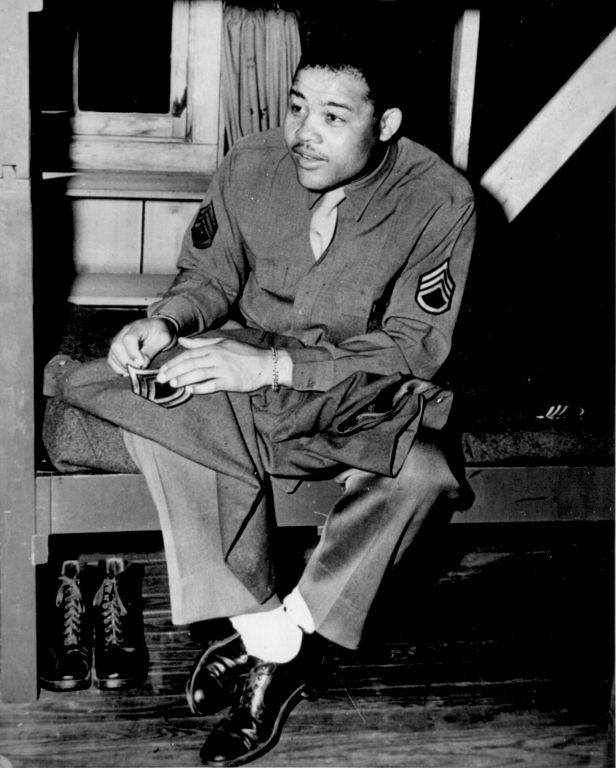 Joe Louis, also known as the "Brown Bomber," was an American professional boxer from 1934 to 1951 and was the world heavyweight champion by 1937. In 1942, Louis voluntarily enlisted in the Army and was eventually promoted to the rank of technical sergeant in 1945. Even though Louis never saw combat, he was awarded the Legion of Merit for his contributions to morale and race relations.Wikimedia Commons 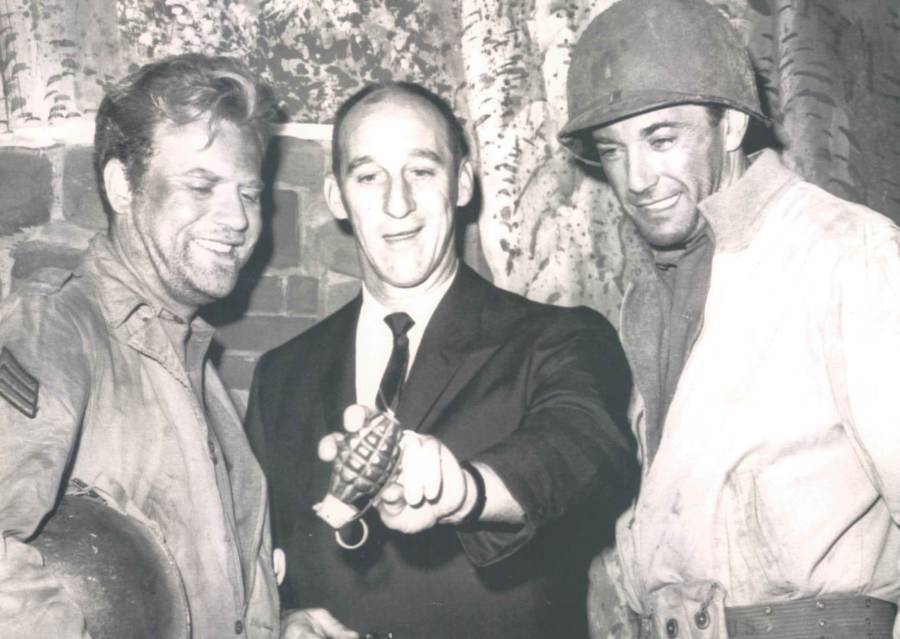 Major League Baseball’s winningest left-handed pitcher, Warren Spahn played his entire 21-year baseball career in the National League. Spahn enlisted in the U.S. Army in 1942 and saw action in the Battle of the Bulge and at the Ludendorff Bridge as a combat engineer. He was awarded a Purple Heart for his service.Mears Online Auctions 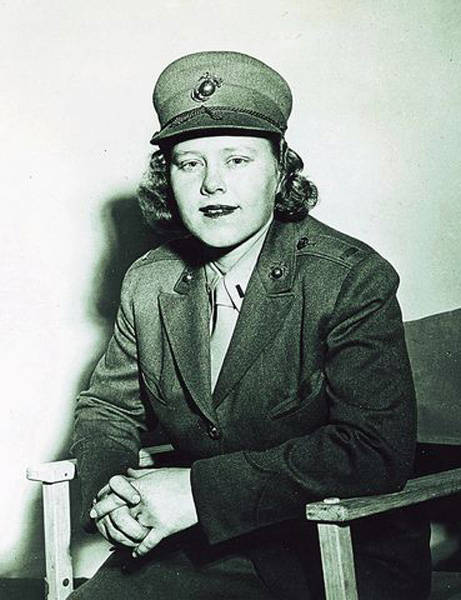 Patty Berg was a professional golfer who had won many titles during the 1940s through the 1960s. She was also one of the founders of the LPGA Tour. She holds the all-time record for most major wins by a female golfer, and was a Lieutenant Procurement Officer in the Marines during WWII; between 1942–45. Together We Served 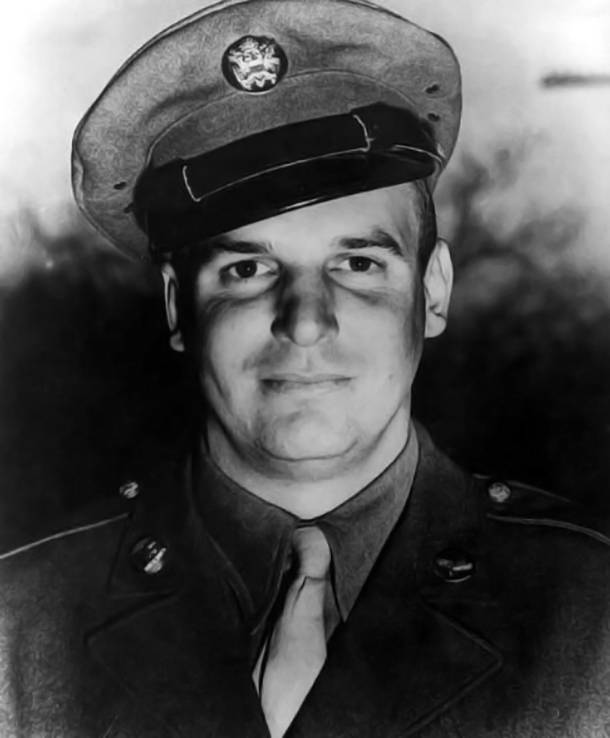 Jackie Coogan, or Uncle Fester from The Addams Family, (and delightfully as “The Kid” in the Charlie Chaplin film of the same name) enlisted in the U.S. Army in 1941. He was an Air Force a glider pilot and Lieutenant of the 1st Air Commando Group.Keystone/Getty Images 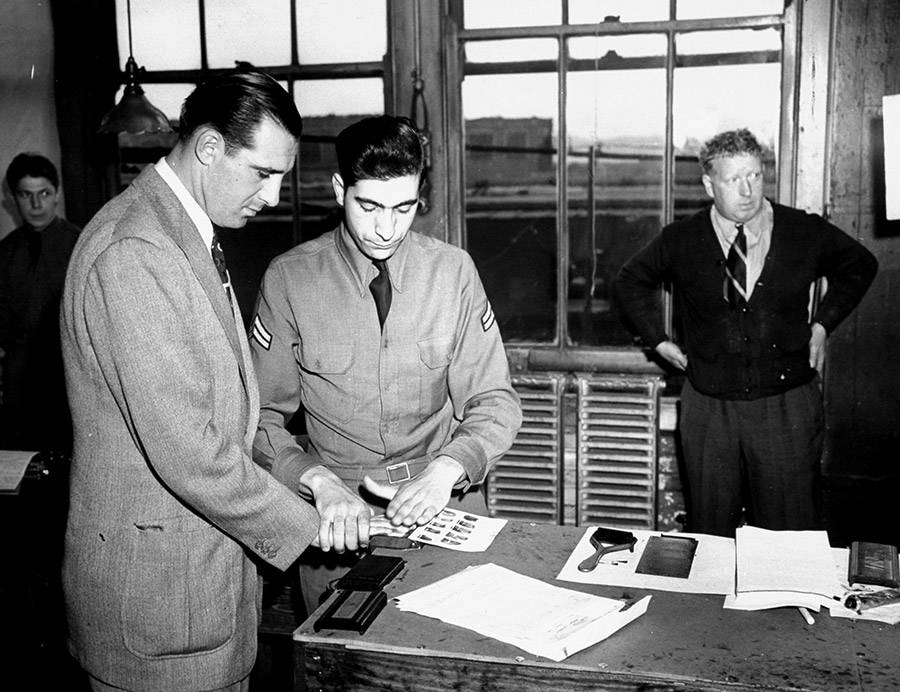 Hank Greenberg was a first baseman, primarily for the Detroit Tigers in the 1930s and 1940s. Greenberg was the first American Leaguer to sign up for the nation's first peacetime draft. Promoted to captain in 1944, he requested overseas duty and served in the China-Burma-India Theater. He has the longest military tenure in Major League Baseball - at just under four years.Arthur Siegel/The LIFE Images Collection/Getty Images 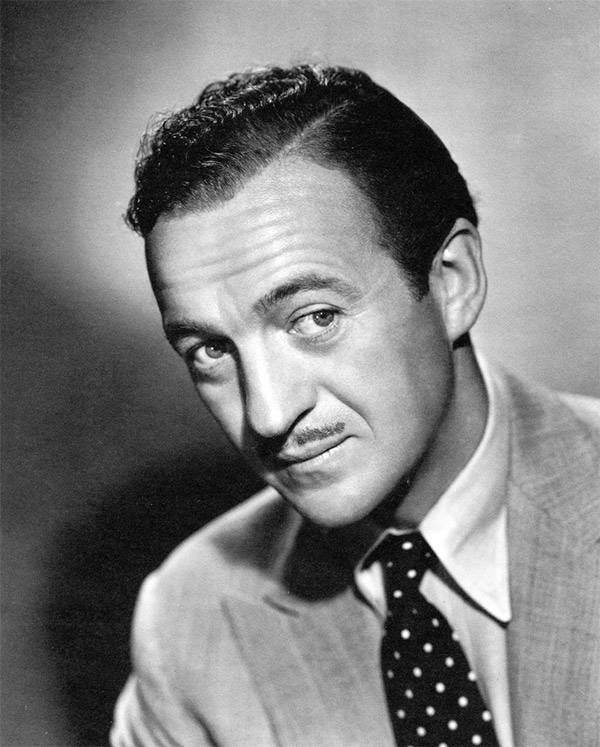 English actor David Niven is most recognizable as “The Phantom” from the movie The Pink Panther. After Britain declared war on Germany in 1939, Niven left Hollywood for his home of Britain and joined the Army, even though the British Embassy encouraged actors abroad to stay put. Flickr 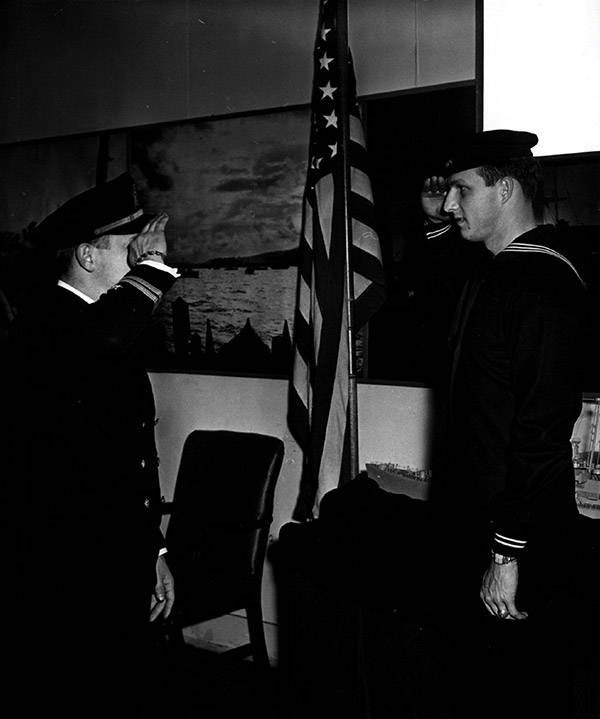 Baseball star Stan Musial spent 22 seasons playing for the St. Louis Cardinals, from 1941 to 1944, and 1946 to 1963. In between, Musial was enlisted in the U.S. Navy. He was initially assigned to noncombat duty in Bainbridge, Maryland. Then in 1945, he was sent to Special Services in Hawaii where Musial was assigned to a ferry launch unit to bring back damaged ship crews entering Pearl Harbor. Sporting News/Getty Images

Imagine a career filled with fame and fortune arriving at your doorstep, only to have your country threatened by war. ‘Uncle Sam’ wants you to drop everything you’ve worked for and serve your country- and that’s just what these 12 stars did.

These Hollywood actors and professional athletes were unsure if they’d come back to the careers they’d worked so hard for - or even come back at all. Some, of course, answered their draft call - but others enlisted of their own free will.

The need to defend the United States in WWII spoke louder than the voice of superficial fame. Often, these former civilians found that military life suited them; going on to rank in several different factions of the Armed Forces before returning to their careers and families.

Next, meet the dentist who killed 98 Japanese soldiers, before being shot to death. Then, read the amazing true story of World War 2 medic Desmond Doss, who saved hundreds of lives without ever picking up a weapon.