After 40 years, an arrest has finally been made in the infamous Golden State Killer case. 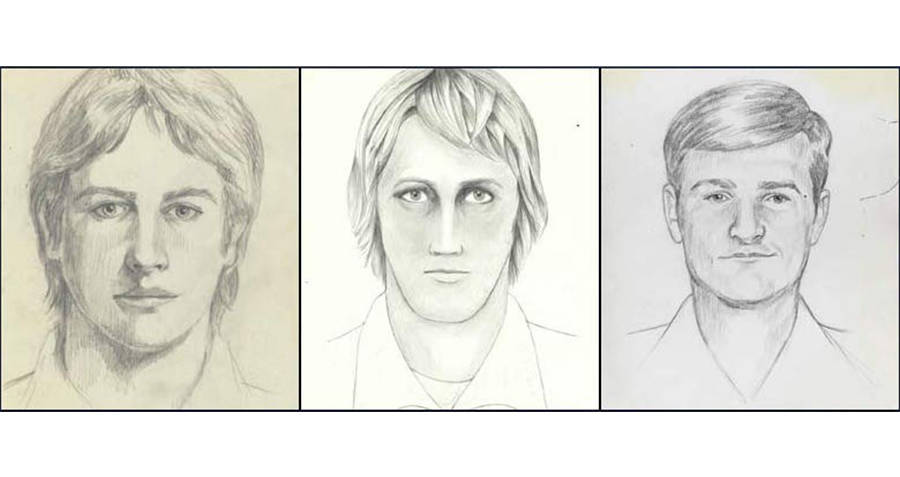 Wikimedia CommonsVarious sketches of what the Golden State Killer may have looked like.

Beginning in the late 1970s, the residents of Sacramento County, California, were terrorized by an unknown assailant. Over 100 people found themselves victims of either break-ins, rapes, and murders, yet the police were never able to catch the perpetrator. Now, more than 40 years later, an arrest has been made.

On the night of April 24, police arrested Joseph James DeAngelo, a 72-year-old man from Sacramento County, on two murder charges related to the case. The police believe he may be linked to more victims as well.

Dubbed the “Golden State Killer,” the faceless criminal behind the Sacramento murders, rapes, and burglaries taunted police for decades, becoming one of modern American history’s most prolific serial killer cases. Earlier this year, an in-depth true crime book, I’ll Be Gone In The Dark, was released, bringing new attention and new details to the age-old case.

The author, the late Michelle McNamara, who spent years obsessively studying the case, died unexpectedly before the book was finished. Her co-author Billy Jensen and her husband Patton Oswalt posthumously published her book, ensuring that her work, and the case, got the media attention it deserved.

According to Jensen, a crime researcher, DeAngelo is not the “confirmed” man responsible for all of the crimes of the Golden State Killer, but it “looks good.” DeAngelo was arrested once before in Sacramento for shoplifting “dog repellent and a hammer,” but has no other criminal records.

During the initial attacks, the FBI created a profile complete with three sketches and a description of the suspect. According to jail records, DeAngelo matches the physical profile, measuring 5’11” tall, and is the correct age for the killer.

So far, DeAngelo is in jail, in the custody of the Sacramento County Sheriff’s Department, and is ineligible for bail. There is no word yet how the police came to suspect DeAngelo, how he was arrested, or if further charges will be applied. California police will hold a press conference at noon on Wednesday, April 25, to further announce the details surrounding the breakthrough in the case.

Next, read more about the Golden State Killer. Then, take a look at the documentary that chronicles his horrifying crimes.