The Twisted Story Of Graham Young – The “Teacup Poisoner”

Graham Young took the idea of the "mad scientist" to a whole new level.

Graham Young could have just been a kid who loved science. But his chemistry set would actually prove to be a fatal tool, earning him the nickname “Teacup Poisoner” and life in prison.

Graham Young didn’t have the easiest start. He was born in North London, England on September 7, 1947.

When he was a baby, Young’s mother Bessie died of tuberculosis. Too distraught to care for his son, Young’s father, Fred, sent the child to live with his aunt Winnie. Young grew attached to his aunt over the next two years and when he went to live with his father after he remarried in 1950, Graham suffered severe separation anxiety.

He neglected his peers and took up solitary hobbies. These included a particular fascination with chemistry and toxicology. They also included reading about notorious murderers.

Not seeing any warning signs, Frank encouraged Graham Young’s penchant for science by buying him a chemistry set. He would spend hours with it; pupils at his school named him the “mad professor.” Young became so versed in the ins-and-outs of toxicology that he was able to acquire large quantities of poisonous chemicals at the age of 13 by convincing professional chemists he was older and that the use was for study purposes.

That’s when Graham Young began testing his knowledge of poisons, using real people as his subjects.

Graham Young as a boy.

But nobody suspected that Young had anything to do with the mysterious illnesses. They assumed it was some kind of contagious stomach bug.

The Turning Point: Things Get Weirder

Matters took a turn when Graham Young’s sister, Winifred, once again became extremely ill while on her way to work. She was taken to the hospital, where doctors discovered belladonna, the ancient extract of deadly nightshade, in her system.

Meanwhile, Young’s behavior had gotten progressively more bizarre. He idolized Adolf Hitler and started wearing a swastika. One of his science experiments also blew up in the kitchen of the family home.

On April 21, 1962, Molly Young was rushed to the hospital in excruciating pain. She died later that night. It was found out later on that Young had slowly been poisoning his stepmother’s tea with antimony, to which she developed a tolerance. The night before her death, he switched to thallium in order to quicken the process. Molly was cremated, thus her remains couldn’t be analyzed.

But Young’s aunt – the one he had lived with as a young child – knew about his fascination was poison and became suspicious. She had him sent to a psychiatrist who recommended calling the police.

On May 23, 1962, Graham Young was arrested. He confessed to the murder of his stepmom as well as the poisoning of his other family members. But due to her cremation, there was no evidence to substantiate Young’s confession and he wasn’t charged with the murder. Instead, he was placed in Broadmoor maximum security hospital.

At age 14, Young became Broadmoor’s youngest inmate. By June 1970, his doctors at the hospital deemed him “cured.” Shockingly, Young informed a psychiatric nurse upon his release that he was planning on killing one person for each year he had been in Broadmoor. The comment was recorded in his file but didn’t affect the decision to let him free.

Once released, what else would Young do but work at a laboratory that manufactured infrared lenses for military equipment made from thallium? 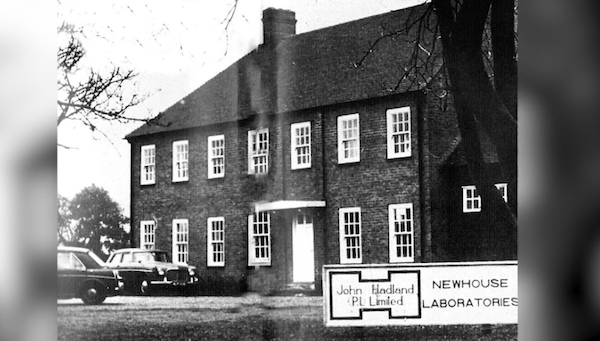 He went to work at John Hadland Laboratories, where his employers were aware of his psychiatric stay but didn’t know the reason behind it or his criminal history for that matter. As such, when Young offered to make coffee and tea for his coworkers, they merely viewed it as a kind gesture.

Soon, sickness swept through the lab. Young’s colleagues chalked it up to a bug going around, as without the knowledge of his disturbing history, they had no reason to suspect that their kind coworker who always offered them beverages was actually poisoning them.

It was only when someone died, Bob Egle, that suspicion began to arise yet again. Egle had gotten better when he was home, only to get sick again when he returned to work. He then became completely debilitated before dying on July 7, 1971.

A second death, that of 60-year-old Fred Biggs, occurred soon after. By this point, nearly 70 employees had experienced similar symptoms of the two men who died. Suspicions began to arise yet again.

Ultimately, it was Graham Young’s own zealousness that did him in. Young asked the staff doctor why thallium poisoning wasn’t being considered a cause since it was used on site. Surprised and concerned by Young’s in-depth knowledge of toxicology, the doctor reported the exchange to the management who then alerted the police.

An investigative team found Young’s diary in which he described with scientific detachment the experiments of how he poisoned his co-workers. They also found thallium in his pockets.

Young was sentenced to life in prison in June 1972. In 1990, he was found dead in his cell, with the official cause of death recorded as a heart attack. But speculation remains that, tired of life in prison, he conducted one final scientific experiment on himself.

After learning about Graham Young, the “Teacup Poisoner” serial killer, read about Richard Speck, the man who killed eight in one night. Then learn about Robert Hansen, the serial killer who hunted his victims.