Inside Australia’s Hapless Campaign Against Emus, The Great Emu War Of 1932 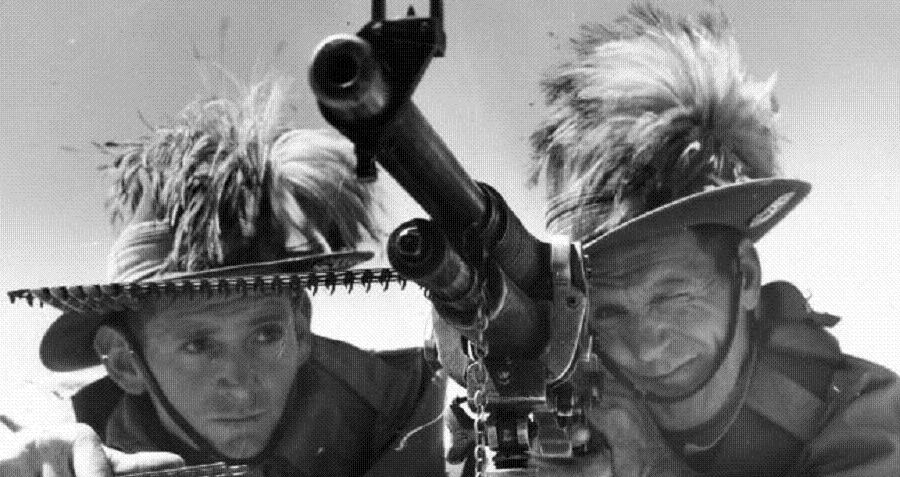 Meredith knew how to organize an operation. With the provincial government of Western Australia footing the bill for transport, and the farmers themselves paying for food, lodging, and ammunition, the artillery major acquired two Lewis guns and the crews to serve them.

They loaded onto trucks in October 1932, and headed to the war zone. A spate of torrential rain slowed down the operation at first, but by early November the team was ready for the Great Emu War.

Or, rather, they thought they were ready. In fact, they had only brought 10,000 rounds of machine gun ammunition, when the threat was roughly twice that number of birds. It didn’t help matters that Lewis guns can be finicky to operate, especially in the muddy bush country.

Though Meredith had his work cut out for him, his team was confident enough about their prospects that they even hired a cinematographer from Fox Movietone to cover the hunt.

The first action of the Great Emu War came on November 2, near Campion. Advance scouts spotted a small flock of around 50 emus sheltering in the cover of trees at some distance from the main road.

As any sniper knows, the cover makes getting a clean shot difficult to impossible, and so Meredith ordered his men to drive the emus into an ambush. Instead of doing what any other animal would do and decently run toward the machine gun nests, the emus scattered and ran in chaotic patterns all over the area, occasionally pausing to eat or rest in the shade.

The whole time, every single bird kept out of the range of the machine guns. None of them even accidentally wandered close enough to be shot. After hours of effort, one of the Lewis gunners did manage to lug his weapon close enough for a volley, but it had no obvious effect.

Later, in the after-action report, Major Meredith wrote that “a number” of emus were killed, but he wasn’t clear how many. After a while, the birds wandered away from the kill zone. 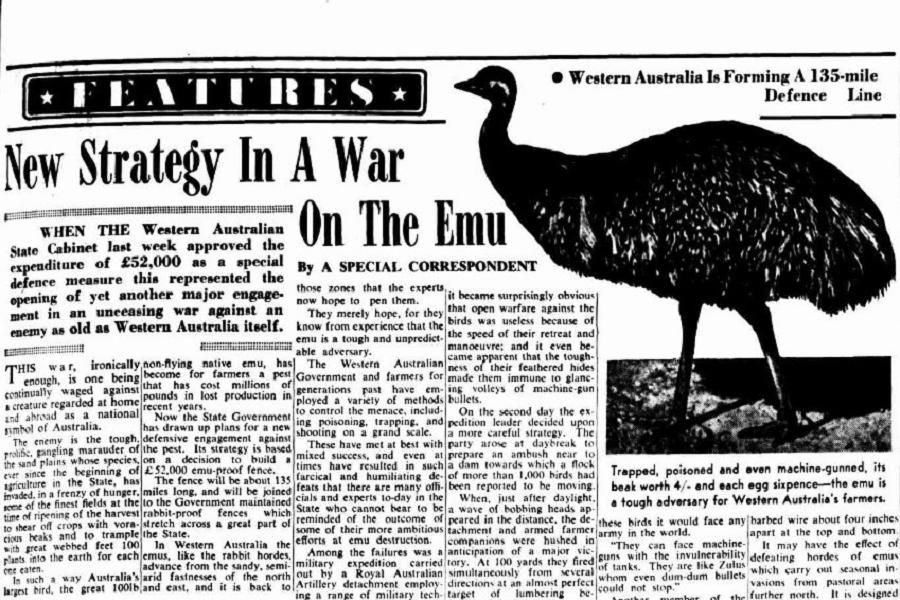 The next action of the Great Emu War took place two days later on November 4. Scouts reported nearly 1,000 emus gathered to drink near a local dam, which was just the kind of concentration that Lewis guns were made for. These guns had been invaluable in the trench warfare of WWI, and probably tens of thousands of German soldiers had met their end by unwisely charging a Lewis nest.

Meredith ordered his gunners out into the trucks for an impromptu ambush. This time for sure, they would wipe out the whole flock.

The men arrived stealthily and found that the reports were, if anything, understated. A huge flock was waiting for them. Carefully they set up their gun (they only brought one gun, keeping the other in reserve behind the lines) and sighted their first targets.

The Lewis gun started chattering… and then immediately stopped. It had jammed after just a dozen rounds.

While the gun crew hurriedly field stripped the machine gun to clear the jam, the alarmed birds started their trademark running-in-all-directions defense, and by the time the gun was ready to shoot again there were no targets in range.

Major Meredith’s after-action report stated that after the first week of fighting, hundreds of birds had been killed, though at least one source claims it may have been fewer than 50. Meredith also thought to report that his unit had suffered “no casualties.”