For 1,000 years, villagers have used fishing boats to trap whales in the bay before wading into the water to kill them by hand with knives.

Warning: Images below contain graphic depictions of animals being killed. 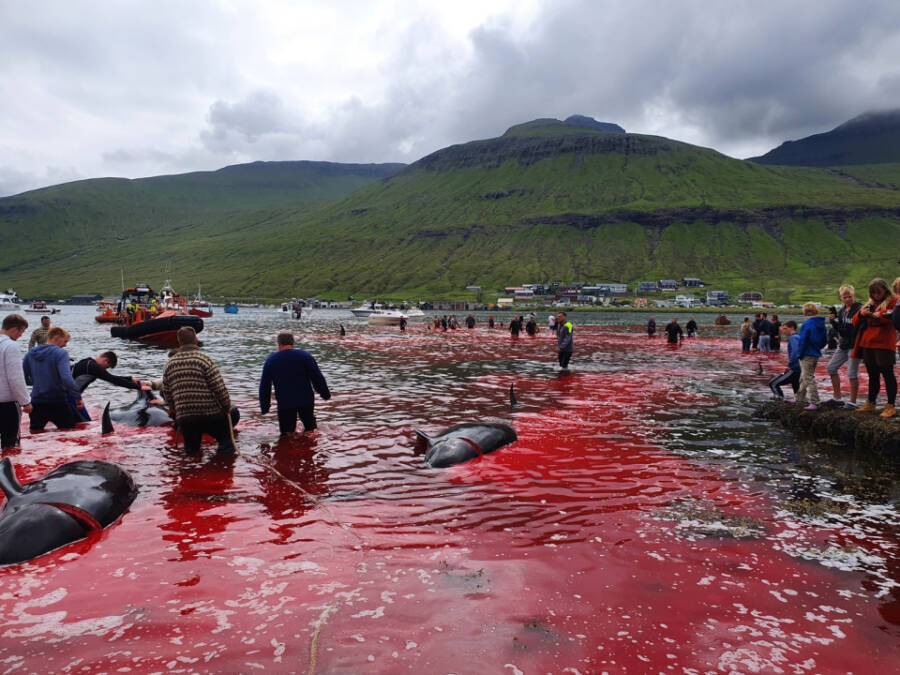 On July 15, the waters off the shores of the Faroe Islands turned red with blood after nearly 300 whales were slaughtered in one evening during the yearly whaling ritual.

According Euronews, a pod of hundreds of pilot whales and at least 35 white-sided dolphins were caught near Hvalba, a village of 700 people on the southernmost island of the archipelago.

The killings were part of the summer “Grind” or Grindadràp a Faroese tradition dating back 1,000 years that involves trapping whales around the bay.

As the tradition goes, fishermen trap the whale pods first using boats, enclosing them in the bay. Then participants in the Grindadràp head into the water themselves to kill the animals by hand using their knives.

The slaughtered whales are then brought to shore, where their meat and blubber are cut up and distributed for free to local residents. According to the Faroese government website, “the larger the catch, the more people get a share of it,” though they noted that whale meat and blubber are also available to buy in some supermarkets and by the sea docks.

The mass killing of hundreds of pilot whales made the water around the village turn blood red. Photos of the annual summer tradition featuring the mutilated bodies of the slaughtered whales as they were dragged to the shore circulated online.

The gory photos spawned a backlash from environmental activists namely the Sea Shepherd, an international marine wildlife advocacy organization that has campaigned to end the practice before.

The organization called the tradition “sad and barbaric.” 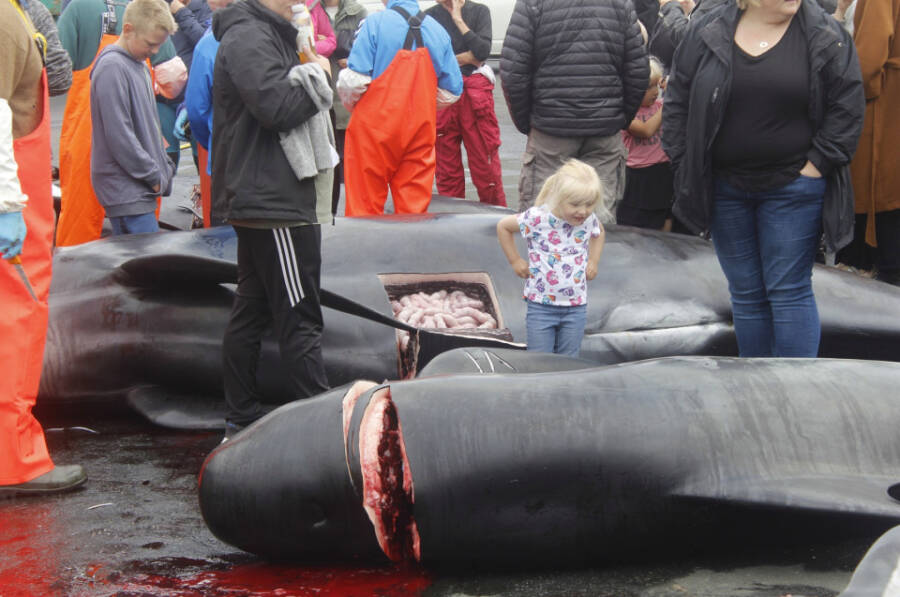 “Sea Shepherd ships may be banned from entering Faroese waters, but each year our volunteers are there to document the ongoing slaughter of dolphins and pilot whales,” the organization wrote on its social media page sharing news about this year’s first Grindadràp.

The organization had been able to stop the annual slaughter in 2014. But a local law was subsequently passed thereafter, banning any Sea Shepherd vessels from entering the island’s territory.

Other conservation organizations, such as the ORCA Conservancy which described the practice as an “insane blood sport,” have also lobbied the Faroese government to end the annual slaughter.

The tradition was initially put on hold for this year due to health concerns amid the global COVID-19 outbreak. But the bloody whaling practice continued after the Faroe Islands’ Minister of Fisheries Jacob Vestergaard gave the go-ahead — while at the same time issuing a public warning to avoid large gatherings.

Despite protests from conservation activists and public health concerns amid a still growing pandemic,
the government has defended the annual event, describing it as an important “sharing-based” community tradition. The self-governed Danish territory has had 188 reported COVID-19 cases and zero deaths thus far and has been testing people traveling into the country since June 27. 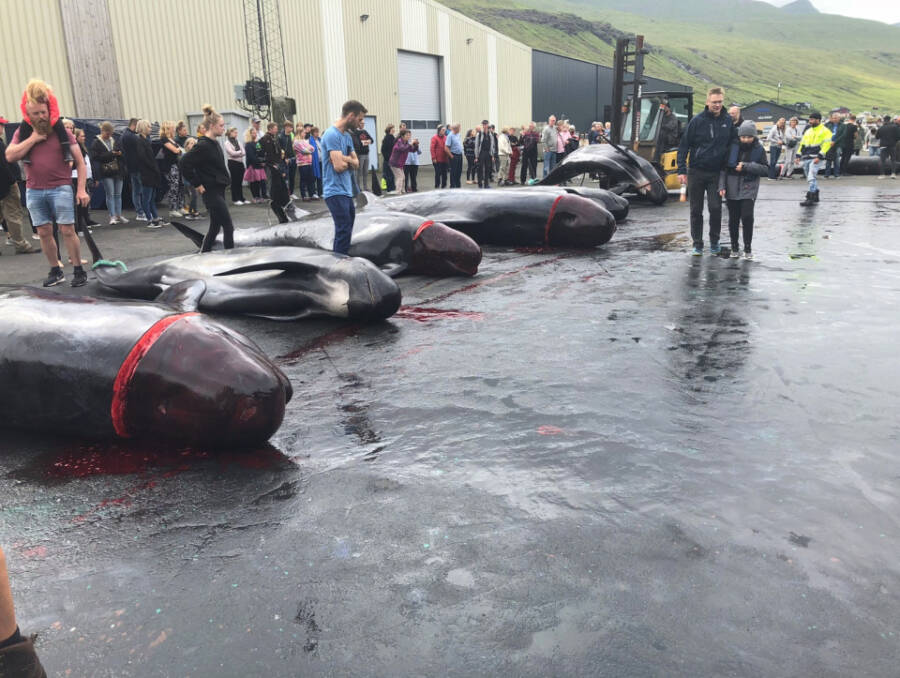 Sea Shepherd UK/Triangle NewsAfter the whales are killed, their meat and blubber are cut up and distributed to the local community.

They have also argued that, though bloody, the yearly whale slaughter was a sustainable and regulated practice.

The website states that only licensed hunters are allowed to participate in the custom which the Faroese government vehemently argues is not a “festival” or “ritual,” as they say the press has frequently described it.

By the government’s own estimates, the average total of whales caught during the practice is about 800 whales a year which is “not considered to have a significant impact on the abundance of pilot whales.” According to the Faroese government, there is still a population of about 778,000 of these whales.

Next, read how huge gangs of killer whales are chasing down and harassing Alaskan fishing boats for food and learn why humpback whales are forming supergroups that are baffling scientists.