Watch This Guy Casually Catch A Shark With His Bare Hands

Most of us run when we see sharks. Not Alex Winn. 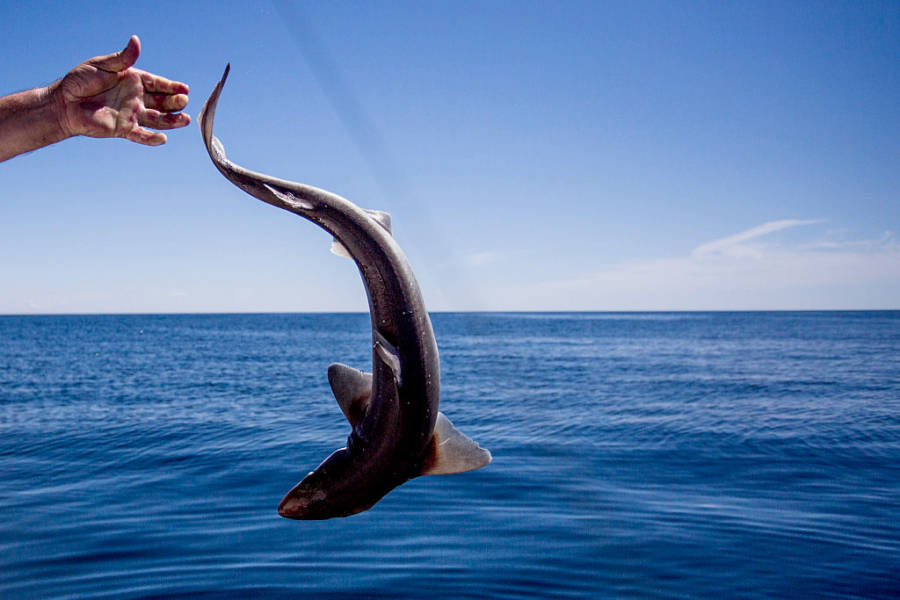 Gabe Souza/Portland Press Herald via Getty ImagesA different dogfish shark is thrown back into the water.

Most people flee when they spot shark fins in the water. Not Alex Winn.

The college student posted a video on Instagram of him diving into Washington State’s Oyster Plant Park bay, where a small dogfish shark was swimming.

In the video, he quickly snatches the fish with his bare hands before tossing it onto the dock, where a crowd of anxious people and a curious dog were waiting.

Since he posted it yesterday, the clip has been watched more than 17,500 times.

Like everything else in our country today, people found a way to get upset over the post and — somewhat impressively — enjoy some political name-calling on Winn’s feed.

“This is only cool if you put it back man, I hate to be that guy,” one viewer commented.

“F*ck you you stupid idiot,” a slightly more hostile stranger added. “That poor shark was suffocating for those moments while it was out of the water.”

“Please tell me your kidding, no hook touched it, just hands then was released back into the water,” another Instagram user responded. “Don’t u have an anti trump protest to go to?”

Winn tried to reassure the worried commenters with an updated caption:

“Gone Fishin,” he wrote. “I let it go right after the vid and made sure he swam off.”

Winn has gotten a lot of praise for this daredevil stunt, but most can agree that his catch was no Jaws.

Still, he has managed to join a growing group of crazy Internet shark people.

Among his peers: The two men who recently recorded themselves approaching a 14-foot great white flailing on the shore, and the paddleboarders who had unknowingly become surrounded by huge sharks.

And these scientists who put a tag on a whale shark the size of a school bus:

Next, watch this young hippo trying really hard to make an unamused crocodile play. Then, see the video of a live donkey being fed to tigers at a Chinese zoo that’s making animal rights activists furious.